Malin Mumford of Ocean Grove, New Jersey, was 23 years old when she began losing her hair. It started slowly—a small baby-soft bald spot above her ear—but advanced quickly. Within seven months, she’d lost all but a few strands, which she ultimately shaved in exasperated protest of her own body.

“You might not realize it until you begin experiencing some sort of hair loss yourself, but your hair is such a big part of your identity,” says Mumford, who was diagnosed with alopecia, an autoimmune disorder in which the immune system inexplicably attacks hair follicles, causing baldness. “Losing it is very emotional and very draining. You lose track of who you are for a while.”

Now 26, Mumford has a full head of thick amber-blonde hair. Although it’s real hair, it’s not her own. Nor is it a wig. Rather, it’s a custom-fitted hair prosthesis designed and manufactured by Cesare Ragazzi Laboratories. The Italian company’s patented CNC hair system uses 3D printing to create natural-looking hairpieces for people suffering from hair loss—including cancer patients, people like Mumford with alopecia, and men with male pattern baldness.

Here’s how it works: A trained stylist makes a mold of the client’s scalp, carefully mapping the areas experiencing hair loss. The stylist takes detailed notes about hair color, density, texture, and growth patterns and then sends them to Italy along with the mold and a hair sample. In the laboratory, technicians take a 3D scan of the mold to create a digital model of the scalp, which is then 3D printed to produce a physical replica of the client’s skull.

Next, an antifungal, antimicrobial, biochemical polymer is applied to the 3D-printed skull. The result is a breathable membrane that fits the client like a cranial glove. Natural hair of the appropriate color and texture is sourced from donors, then sewn strand by strand into the membrane in directions that mimic the client’s natural hair growth. Finally, the completed hairpiece is returned to the stylist, who applies it to the client’s scalp using medical-grade adhesive. 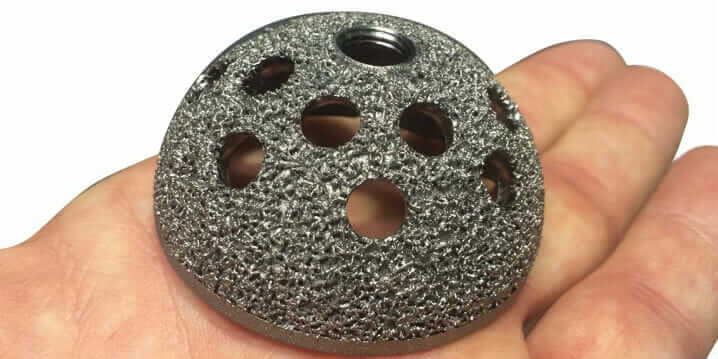 This 39-step process takes approximately three months and costs an average of $3,000 to $10,000, with pricing dependent on individual measurements. If you ask clients, however, every second and cent is worth it.

“The end result is pretty amazing,” says Mumford’s CNC stylist, Danielle Grillo, owner of Transitions Hair Solutions in Wall Township, New Jersey. Grillo notes that CNC prostheses must be professionally adjusted and cleaned every four to six weeks but are worn 24/7 while sleeping, showering, swimming, and even skydiving. “Clients are transformed,” she says. “They’re smiling. They’re happy. They become the person that they used to be.”

Hair is so important to one’s sense of self that researchers at The Walt Disney Co. are studying new ways to capture hairstyles for physical reproduction via 3D printing. (Think personalized statuettes, custom action figures, and 3D selfies.)

“Capturing and reproducing facial portraits has become an increasing trend,” says Thabo Beeler, senior research scientist at Disney Research Zurich. “While these systems work very well for face and body, they do struggle with hair, which typically requires manual cleanup or the use of a limited set of prepared template hairstyles. This is because—unlike the face and body, which are well suited to be printed as a solid—hair is very different by nature since it is made up of thousands of individual fibers. This makes reproduction by 3D printing very challenging.”

In search of ever-elusive 3D-printed hair, Beeler’s team developed a special algorithm that helps 3D scanners “cluster” individual hair fibers into larger strands that are easier to reproduce—the same way sculptors do when they cast hairstyles in stone.

“Probably everybody has experienced the initial estrangement when looking at yourself in the mirror right after a haircut,” Beeler says. “Hair defines the silhouette of the head and, as such, is visually very salient. Some people have such distinct hairstyles that you can recognize their identity from just the silhouette. It is part of our appearance, and many people spend substantial time shaping it to the desired style every day. Not capturing hair means to neglect this expression of individuality.”

Beyond hair, products ranging from 3D-printed cosmetics to surgical implants are also receiving high-tech treatment. Earlier this year, 23-year-old Amos Dudley fixed his crooked teeth using a homemade set of clear orthodontic aligners. Dudley created the aligners using dental plastic purchased on eBay and a 3D-printed mold of his teeth made at the New Jersey Institute of Technology, where he’s a student.

Even 3D-printed tattoos are now possible thanks to Pierre Emm and Johan da Silveira, cofounders of Appropriate Audiences, a Paris design studio whose chief invention—Tatoué—marries a 3D printer with a tattoo needle. The result is an automated tattoo “printer.” Conceived in 2013, Tatoué uses Autodesk Fusion 360, Dynamo Studio, and ReMake (formerly Memento) to capture tattoo designs and convert them into 3D models that can be transferred to the skin. It’s intended to empower, not replace, tattoo artists by giving them a means to create more precise lines and gradients—and to commercialize their designs by exporting them for accurate reproduction in tattoo parlors around the world.

“The idea is not to duplicate what tattoo artists know very well how to make with existing tools, but to suggest new examples,” say Emm and da Silveira, who initially tested Tatoué on silicone-based artificial skin but have since tattooed six human subjects—including themselves. “Things that are impossible to achieve by hand, such as color gradient in a single line, are now possible with our machine.”

Clearly, those who claim “beauty is only skin deep” have never played with an outrageous hairstyle, tried on an unexpected shade of lipstick, or etched their skin with a piece of breathtaking body art. If they had, they would understand what’s becoming so apparent with the idea of 3D-printed beauty: How you look impacts how you feel, and how you feel influences what you can achieve.

Choi said it best in a 2014 Forbes interview, in which she took on the $55 billion makeup industry: “Traditionally the definition of beauty was defined by the major makeup companies. . . . [Technology] gives you the power to have what you want, when you want it. It’s no longer up to the companies to decide, or anyone else for that matter; it’s now up to you. By putting this control into the hands of the younger generation . . . I’m hoping to instill in them confidence. Rockstar confidence.”