The Wilderness is a region of Spotsylvania County in northeast Virginia that gave its name to a famous Civil War battle fought among tracts of dense trees. It is most definitely not a dense urban center. But in April 2021, a new infrastructure investment promised the people living in this rural landscape access to Internet speeds as fast as those in the state’s biggest cities.

State and local officials celebrated the deal to bring high-speed Internet to this rural swath of the Commonwealth via Data Stream, a new high-speed Internet service. Funded in part by federal CARES Act funds, the forthcoming service upgrade offered what many rural communities hope is an increased focus on supporting broadband access for the entire United States.

For Kevin Marshall, a member of the local board of supervisors representing the rural Berkeley district of Spotsylvania, these kinds of upgrades should be commonplace, and this kind of access to the Internet—and job and learning opportunities—guaranteed.

“Ever heard of No Child Left Behind?” Marshall asks. “When you switch to virtual learning, you can kick that idea out of the window. Kids in this country don’t have equal opportunity. I see kids here in Spotsylvania sitting on tailgates trying to find a good Wi-Fi signal for school. That’s not a good environment for learning.”

The current age of remote work and distance learning has underscored just how much citizens’ economic, educational, and social lives depend on quality access to broadband connections. President Joe Biden’s proposed broadband plan, part of his larger infrastructure package, would devote $100 billion to connecting all Americans. But while telecom firms and governments figure out the fastest way to deploy higher-speed networks, for much of the United States, this access simply isn’t a reality.

The Question of Rural 5G Viability

For many low-band rural networks, Internet quality decreased during the pandemic as increased usage strained the system. The 2021 Broadband Deployment Report from the Federal Communications Commission (FCC) found glaring discrepancies in Internet speeds. While 98.8% of urban dwellers can access high-speed Internet, only 82.7% of rural residents—79.1% in tribal areas—have similar access. Four in five of the Americans who can’t access high-speed Internet live in rural parts of the country, where population density and topography make installing towers and fiber-optic cable prohibitively expensive. Forget updating to 5G, says Alex Kelley, head of broadband deployment at the Center on Rural Innovation.

“5G is not financially viable in rural areas for residential or agricultural use,” Kelley says. “You just need too many radios all over the place to get any type of consistent coverage.”

The innovation that makes 5G and its higher transmission speeds possible is the ability to fit more data within a shorter wavelength—its Achilles’ heel, according to Kelley. Compared to former means of transmitting data, 5G is more powerful yet has a much more limited range: roughly 800 feet from a transmission tower. Contrast that to midcentury televisions and radios, which could pick up signals from halfway across the globe because the wavelengths were so long and much less dense with information.

The Case for Rural Fiber-Optic Networks

This means that wireless 5G infrastructure such as cell towers, which still need to be connected to underlying fiber-optic cable, have to be much more distributed throughout the service area, making it prohibitively expensive in rural regions. Kelley instead advocates laying down the fiber to provide a baseline of broadband Internet. Satellite-based service doesn’t supplant the need for laying down fiber. Such networks rest on the stability—financial and otherwise—of maintaining expensive satellite systems.

“Fiber is better for uploading, and it’s future-proof and resilient,” he says. “There’s a role for satellites, but we’re still figuring out what that role is. In the meantime, we should build in a way that looks toward the future.” 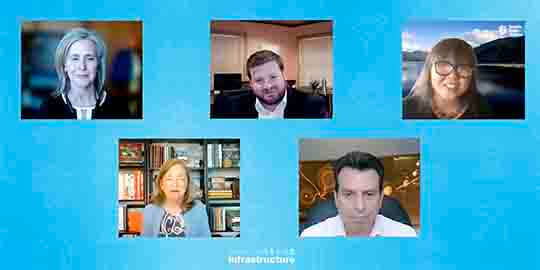 The Broadband Opportunity for Education and Agriculture

Connecting teachers with students and workers with opportunities provides significant demand and justification for better broadband in rural America. There’s also a significant push coming from agriculture—a much more high-tech industry than many imagine and one poised for high-tech reinvention.

“I represent a community with lots of agriculture,” says Spotsylvania’s Marshall. “The tech for farmers right now is pretty unreal.”

Plugging America’s farmland into a broadband network would do a lot more than speed up the distribution of memes and movies. The emergence of agriculture technology and evolving precision-farming practices holds the promise of increasing harvests and cutting labor costs using algorithms, precise real-time data collection, and navigation systems to analyze and increase crop yields. Technology such as autonomous tractors, computerized irrigation, and cow sensors could digitize food production to potentially great effect.

In 2019, the US Department of Agriculture estimated (PDF, p. 24) that rural broadband could increase farm production by 18%, creating a $47 billion–$65 billion annual surplus, but it would likely depend on towers to connect tractors and other equipment to emerging computing networks. In a letter to Biden, a coalition of farm and agricultural interests, Rebuild Rural, stated that the need for investment was “staggering.”

This reinforces Kelley’s belief that rural America needs to be crisscrossed with fiber-optic cable to provide the backbone of broadband service that can power the economy of the future. As the traditional profession of farming becomes more wired and data-driven, rural communities with faster connections would have a competitive advantage. A Purdue study found the total economic impact of installing rural broadband can be as high as $4 for every $1 spent.

Kelley has great optimism regarding the current debate over infrastructure investment. Biden’s infrastructure bill, which includes his broadband proposal, comes with a much higher price tag than the Republican counteroffer. The two sides have different views on regulations and market drivers but agree that it’s imperative to make the investment, and major corporate and nonprofit partners support similar investments. With many states rolling back regulations, there’s a rare opening and bipartisan energy behind broadband for rural America.

“There’s political will on all sides of the aisle to come up with solutions,” Kelley says.