Consider this: A driverless car that transports you safely to work while you apply makeup in the backseat, or a refrigerator that knows you’re out of milk and instantly orders a fresh gallon. Sounds good, right?

How about a lightbulb that automatically adjusts its brightness throughout the day, a T-shirt that calls 911 if you have a heart attack, a front door that unlocks by recognizing your face, or even a hologram that allows you to interact with remote loved ones? 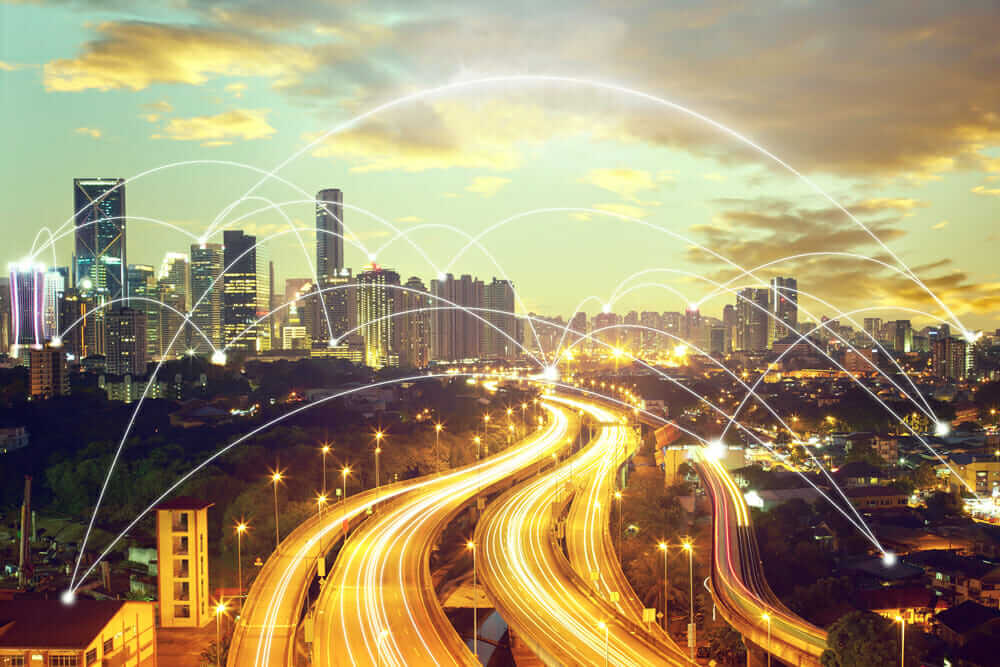 “4G is good for now; however, if you would look at it in 5 or 10 years, 4G will obviously not be able to meet requirements for new applications coming up,” said telecommunications researcher Zhiguo Ding, a computing and communications professor at UK-based Lancaster University, at the Institute of Electrical and Electronics Engineers (IEEE) in 2015.

Although a vast improvement on 2G and even 3G networks, today’s 4G LTE networks were designed for only one purpose: delivering mobile broadband Internet to smartphones. In contrast, networks supporting the IoT must facilitate 24/7 communications by and amongst machines, devices, sensors, and objects. Work is therefore underway to launch a new cellular infrastructure capable of supporting everything from connected coffeemakers and cars to digital dumpsters and drones.

Fifth-generation, or 5G, wireless networks promise to transform the IoT from a cerebral concept into a practical reality. The result will be not only a new generation of connected products and services but also a new sense of freedom for IoT product designers.

Although it’s still being developed, 5G technology is expected to be available by 2020, when large-scale commercial deployments will begin. Japan, South Korea, and North America are expected to be early adopters, launching 5G pilots and demos even sooner. In South Korea, for instance, mobile operator KT plans to launch its 5G network in time for the PyeongChang 2018 Winter Olympics, making 5G coverage available in the host city as well as Seoul, Jeongseon, and Incheon International Airport. In the United States, Verizon wants to launch a 5G pilot in 2017. And in Japan, network supplier Nokia and Japanese carrier NTT DoCoMo plan to launch 5G in time for the Tokyo 2020 Summer Olympics.

When they arrive, 5G networks will offer data speeds 10 to 100 times faster than current 4G networks. In addition to increased speed, 5G networks will offer lower latency; increased reliability; better connectivity from more places; and greater capacity, allowing more users and more devices to be connected at the same time. The resulting infrastructure will finally make the IoT scalable, with more than 20.8 billion “things”—including buildings, cars, machines, and appliances—expected to be online by the time 5G rolls out in 2020, up from 4.9 billion things in 2015.

Delve deeper into the Internet of Things. >>
read more

“5G is going to support millions of devices per square kilometer versus what we have today, which is tens of thousands or hundreds of thousands of devices,” explains Danny Tseng, staff manager of technical marketing at Qualcomm, which in October 2016 introduced its first 5G modem, the Snapdragon X50. Qualcomm Executive Vice President Cristiano Amon called it “the first stone in place to build the path to 5G.”

When that path is complete, you will be able to download a feature film to your smartphone in less than three seconds; your self-driving car will be able to automatically sense and navigate around obstacles in the road; your doctor will be able to perform complex surgical procedures remotely using robots; and cities will be able to collect ubiquitous real-time data about traffic, weather, and crime.

“The prospect of 5G is really exciting,” Tseng says. “It can enable so much more than what’s possible today with LTE.”

Among the many things 5G will enable is better product design. Consider, for example, the impact of 5G networks on battery life. Current networks rely on a hub-and-spoke approach whereby connectivity reaches devices from a remote central point. 5G networks, however, will allow devices to connect to one another directly without a central hub, letting them share computing resources in a distributed way. The result will be more efficient communications that require less battery power.

“You’ll be able to distribute architectures that you couldn’t really distribute before: Your cellphone will be able to do the processing for your watch,” explains Todd Zielinski, senior director of electrical engineering at Bresslergroup, a Philadelphia-based company that designs IoT products. “If you don’t have to have all the computing power in the device, you can spread the processing load around, which enables having much smaller batteries.”

“You can actually design products with smaller form factors,” Tseng adds. “Look at your phone or laptop; the battery is a big chunk of any electronic device today. That becomes even more apparent for a sensor that’s supertiny. When you can reduce the complexity of a product to make it smaller, you can make it cheaper and with fewer design limitations.”

“Take a product like Amazon’s Echo,” LeDain says. “It has such high-speed processing intelligence from the cloud that it feels like you’re having a dialogue with a real person. It’s incredible, and it adds far more value than anything requiring you to push buttons or read on a screen. Whenever you can interact or interface with a device in a different way, it opens up new opportunities you weren’t previously aware of.”

Being able to interact with your home, your car, your entertainment, and even your body (in the case of wearables and biomedical devices) in the same way you interact with your Echo will revolutionize product design by facilitating a screen-free future. Instead of using your smartphone to look up a contact at a networking event, for instance, imagine wearing an earpiece with an embedded camera that can instantly recognize someone in front of you and whisper his or her name along with other personal details.

“You can essentially make the device, in some cases, disappear,” LeDain concludes. “That is the amazing opportunity in 5G and the Internet of Things: how you can present information to your end user in a way that delivers an incredible experience.”