“Modular” isn’t a construction product; it’s a construction process. This is according to Tom Hardiman, executive director of the Modular Building Institute (MBI), whose members include more than 350 companies involved in the manufacturing and distribution of modular buildings, including multifamily homes.

“Modular building is building in boxes,” Hardiman says. “You put materials together at an off-site location to create volumetric boxes, then you transport those boxes to the jobsite, where you assemble them.”

But why modular, and why now? One pressing reason is the housing-affordability crisis. Across the United States, “Housing prices for both homeowners and renters are going up at exponential rates compared to wages,” says Carol Galante, I. Donald Terner Distinguished Professor in Affordable Housing and Urban Policy at UC Berkeley’s Terner Center for Housing Innovation, where she also is faculty director.

The gap between wages and rents for low-income families has created a housing hardship of epic proportions, Galante says. A 2017 analysis by the National Low Income Housing Coalition (NLIHC) reported that the US has a shortage of 7.2 million rental homes for extremely low-income households. This means that 71 percent of those households are forced to spend more than half of their income on housing; federal guidelines recommend spending no more than 30 percent. “To make ends meet, severely cost-burdened renters make significant sacrifices on other basic necessities,” including food, transportation, child care, and health care, NLIHC reports.

Galante attributes rising rents to a “perfect storm” of conditions, including the subprime-mortgage crisis, which continues to flood the market with renters; the urban influx of educated millennial workers, whose high earnings relative to low-income families have driven rents upward; and high construction costs, which are swelling as materials become more expensive and land and labor more scarce.

Although such a complex problem demands numerous solutions, modular construction looks promising, barreling toward a tipping point with a new generation of startups bringing a manufacturing mindset to multifamily construction.

LEGO bricks and automobiles are common analogies for modular construction. Like toy structures made with the former, buildings can be configured in virtually any manner; like the latter, the pieces that constitute the structures are prefabricated on an assembly line in a factory.

The benefits are manifold. Chief among them is speed. “We’re talking anywhere from 30 to 50 percent shorter construction schedules,” says Hardiman, whose company relies on tools such as Autodesk BIM 360 and Revit. “On a traditional site, you do all your foundation work, then you start building the first floor, then the second floor, and so on. With modular, the building is being constructed off-site while you’re doing the foundation work.”

Faster construction means faster solvency. “There are major cash-flow advantages,” Hardiman says. “If I’m a housing authority or a multifamily developer, I can get renters moved in sooner.”

Modular building won’t just fast-track revenue; over time, it might also cut costs. “Whenever you repeat a manufacturing process, you improve it,” says Roger Krulak, CEO of FullStack Modular, a New York–based manufacturer of high- and mid-rise modular buildings. “Although they don’t all look alike or even have the same program, all modular buildings have the same general makeup. Because you’re repeating the same processes over and over again, you gain efficiencies, and that can drive costs down.”

Finally, there are labor advantages. “Contractors can’t find skilled labor anymore—especially in urban areas,” Hardiman says. Many construction workers left the industry during the Great Recession and never returned; those who stayed are aging rapidly and aren’t being replaced, as younger workers are averse to the physical and logistical demands of traditional construction.

“If you industrialize construction, you really open up who can work in the industry,” says Galante, who also serves as director of the Housing Innovation Lab at Factory_OS, a Vallejo, California–based manufacturer of modular multifamily housing. “It’s much easier to take unskilled labor and train people inside a factory, and it’s better working conditions for the workforce—you can commute to and from the same location, close to your home, every day, and factories are ergonomically structured on the factory floor to avoid creating a burden on the body.”

The things that make modular building attractive to developers also make it an ideal solution for affordable housing.

The speed at which structures can be erected, for instance, means modular buildings can increase housing supply quickly, which has a moderating effect on rents. “We’re already seeing this in San Francisco, where rents are plateauing at the upper end of the market thanks to some new buildings that have come online in the past year,” Galante says. 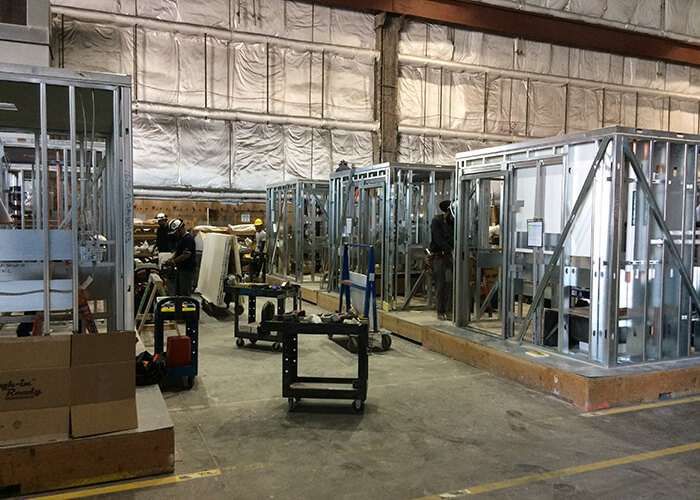 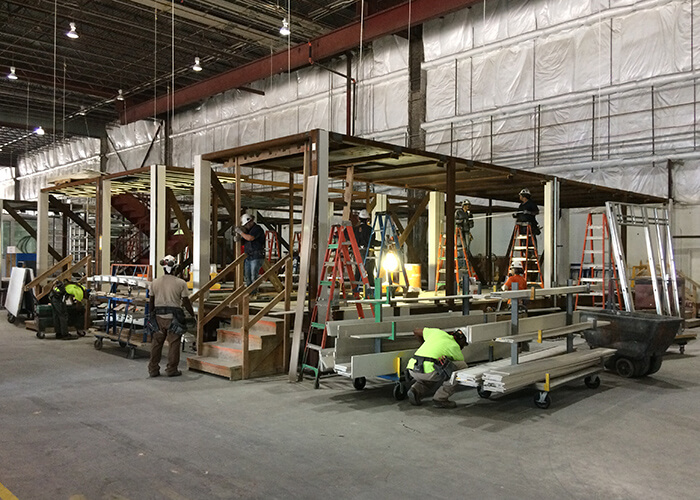 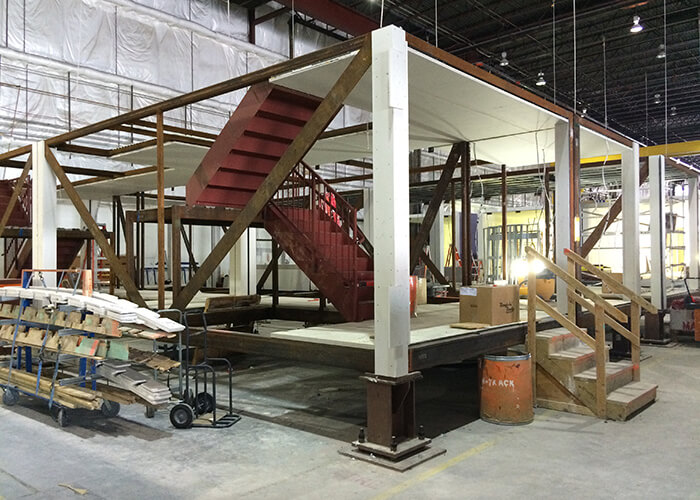 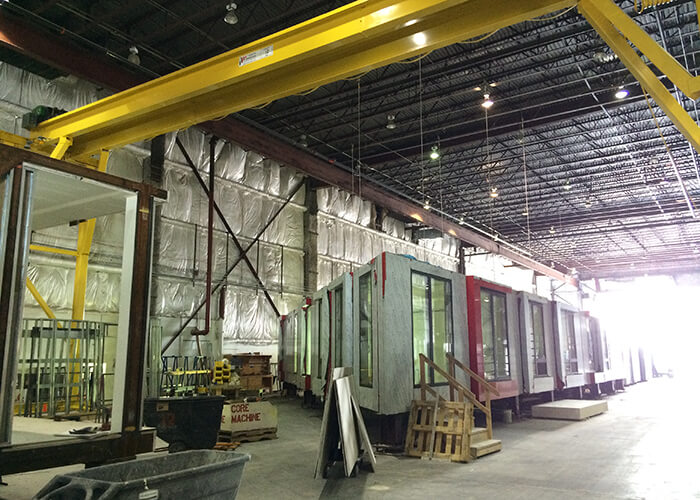 She adds that modular buildings can have a ripple effect throughout the market; when supply pushes luxury rents down, more people can afford them, which reduces housing competition and cost for middle-income housing, and so on. “When more folks can afford to go into the newly built housing, that takes pressure off the rest of the residential market.”

At the low end of the market, meanwhile, increased efficiencies can help public-housing authorities build more homes with fewer dollars. For that reason, many cities are bullish on modular’s prospects. Among them are crowded, high-demand locales such as New York and Seattle. In New York, the city’s Department of Housing Preservation and Development (HPD) launched a modular-construction pilot program in spring 2018. It subsequently released a competitive request for proposal (RFP) for the design, construction, and management of a mixed-income and mixed-use affordable-housing development in Brooklyn, marking the first time in history that the city has required modular construction for a public-housing project. “New York deserves a tremendous amount of kudos because they have leaned in and said that they believe in modular as a solution to the affordable-housing crisis,” Krulak says.

In Seattle, the King County Department of Community and Human Services (DCHS) likewise launched a modular pilot, comprising three separate affordable-housing projects. The first, a partnership with the city of Shoreline, Washington, will comprise 80 to 100 housing units that will be constructed off-site and craned onto a concrete podium built on-site.

The second will consist of 20 single-room occupancy (SRO) “micro-dwellings” that will be stackable and portable, occupying small parcels of land on which traditional housing projects would not fit. Each unit will cost an estimated $150,000 compared to $350,000 for a typical unit in King County. The final project will be a campus-like homeless shelter in Seattle, featuring 72 beds across nine dorms, distributed around a central courtyard along with hygiene facilities, laundry, a kitchen, and case-management offices.

“Our shortage of affordable housing in King County is around 90,000 units—and that’s in a county that has about 370,000 housing units,” says Housing Program Manager Mark Ellerbrook. “So we are dramatically short on what we need to have available. I think it’s incumbent on all entities to evaluate all options to address the problem we’re facing. And if you look at time as a cost driver for housing, as well as actual construction costs, we see modular housing as a potential place to force down costs or reduce their rise over time.”

Whether modular will succeed remains to be seen. For the sake of low-income families, however, Hardiman says governments and developers must give it a chance. “We’re not a silver bullet,” he concludes, “but I’d like to be at the table saying, ‘We can help.’”