Beginning in the 1920s, municipal airports were breaking ground around the world. Over the years, these airports grew into international hubs for the largest airlines and vital connections for travelers.

But somewhere along the way, perhaps in part because they had the advantage of being newer, other airports rose to the top in efficiency, convenience, technological advancement, architectural design, and overall enjoyable experience for travelers.

How did some of the most prominent airports in the world fall behind? What makes some airport designs and travel experiences better than others?

Here, design teams behind the expansion of three of the largest international airports—Los Angeles International Airport, Hong Kong International Airport, and LaGuardia Airport—explain what improvements they are making, how they’re using technology to inform their airport design decisions, and what it takes to create a modern travel experience for a growing global population.

The Los Angeles International Airport (LAX) in Southern California is the largest and busiest airport on the U.S. West Coast, and it’s been notorious for congestion surrounding the area. Prior to its recent reconstruction projects, the airport’s overall design and travel experience did not reflect its position as a key aviation hub. According to Tim Sullivan, Senior Project Manager Aviation at architecture firm Gensler, LAX upgrades were previously neglected because of adversarial relationships among the airport, airlines, and neighborhood.

“Over the last 10 years or so, that’s changed,” Sullivan says. “The newer administrations understood that they need to develop a working relationship with those communities in order for the airport to move forward, and they’ve done a very good job of that. Once that was established, it started to allow development at the airport again.”

In 2010, modernization efforts for the Tom Bradley International Terminal began. The Los Angeles mayor at the time, Antonio Villaraigosa, emphasized improving the passenger experience and keeping Los Angeles competitive with other global cities. 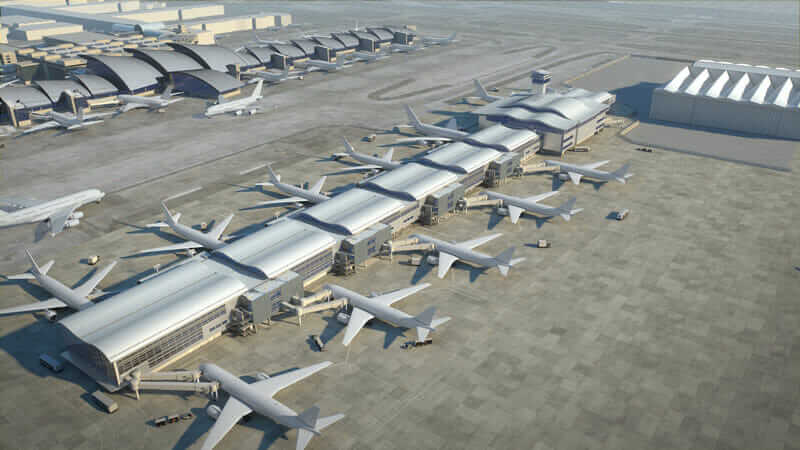 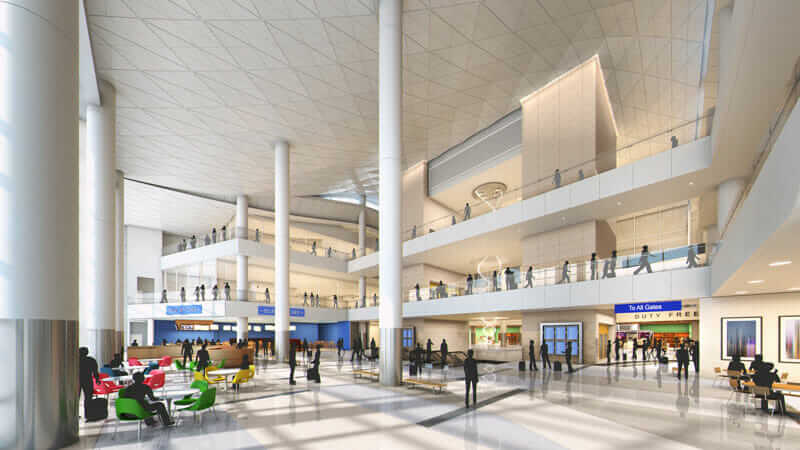 Meanwhile, Gensler architects used virtual reality and BIM (with Autodesk Revit) to educate clients—such as the airport authority and local government—about the project and immerse them into the 3D space.

“Those who aren’t trained in architecture or design have a hard time visualizing the end result with a two-dimensional piece of paper,” says Gensler Aviation & Transportation Practice Area Leader and Principal Keith Thompson. “That’s where the digital tools become helpful, in getting the client to understand the challenges we face as designers and buy into the solutions we’re proposing.”

Explore the possibilities of BIM and advancing technology to address the future of infrastructure. It’s #timetobuild. Learn more. >>
read more

Istanbul may stake its claim as the largest airport project, but Hong Kong International Airport (HKIA) is aiming to be the greenest with help from engineering firm AECOM. Sustainable features include maximizing natural light, energy reduction, solar panels on the roof, and even an offshore designated marine park (a commitment from the Airport Authority Hong Kong for Chinese white dolphin conservation).

“The sustainable design looks at reducing energy consumption by upgrading the fabric of the building to keep heat out and maintain optimal cool conditions inside the concourse,” says AECOM’s Director of Operations and Executive Director, Ivy Kong. “It is up to our building-service engineering and structural components to make that happen.” 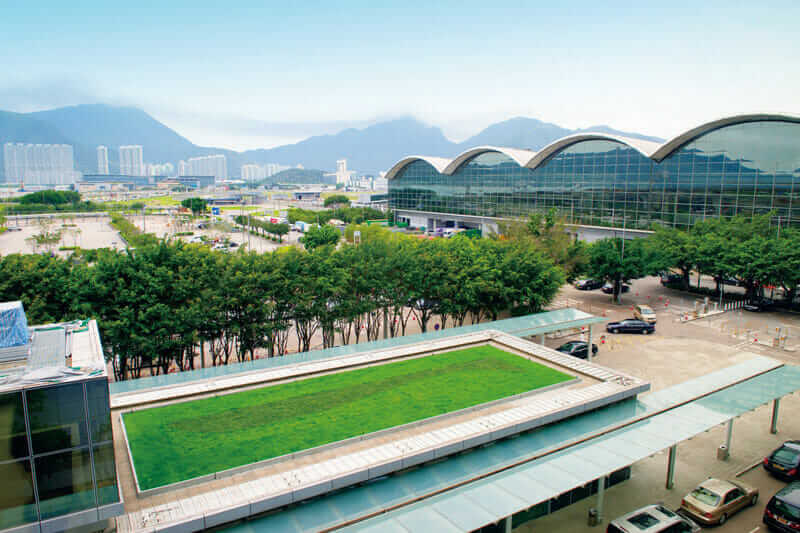 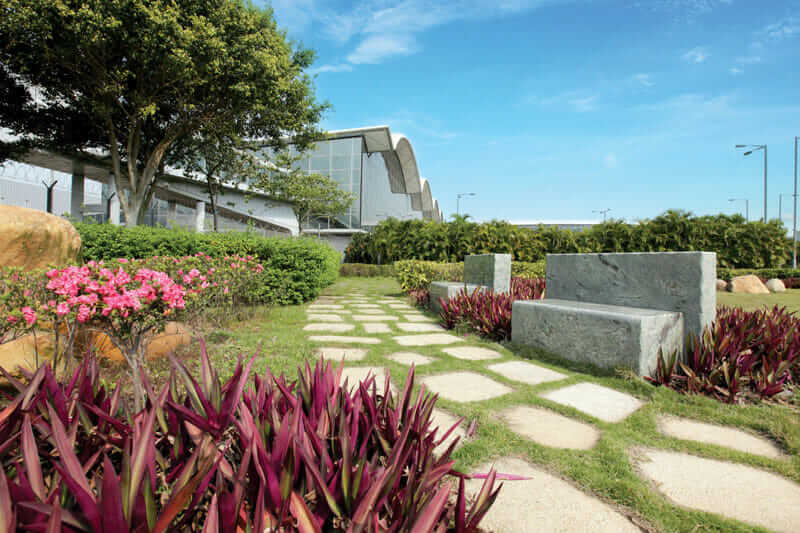 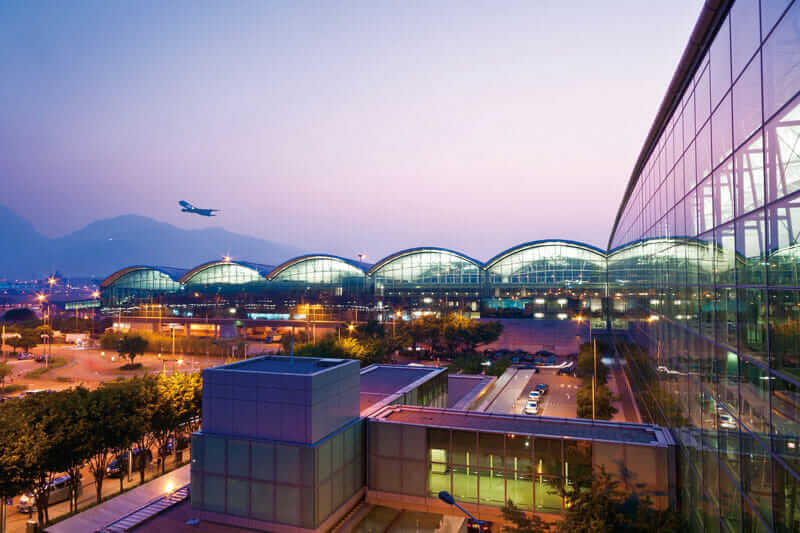 The new airport design hinges on its three-runway system (3RS) and also includes the Midfield Concourse, SKYCITY, and terminal expansions. It’s no small feat. “AECOM is contracted by HKIA as the overall BIM consultant to create an efficient design and construction process for the 3RS,” says AECOM’s director of the Innovative Solutions Department, Thomson Lai. “AECOM worked with HKIA to establish the BIM strategy, standard, and specifications for design and construction stages, as well as supervised the BIM workflow and deliverables quality of the design contracts.”

In addition, they are developing HKIA into a smart airport. “For example, when you get off the aircraft, you may need to get your baggage, go to a shop, or have some entertainment,” Kong says. “The technology will guide you to the fastest route, which is helpful because the terminal building is so packed. You need to have wayfinding.” 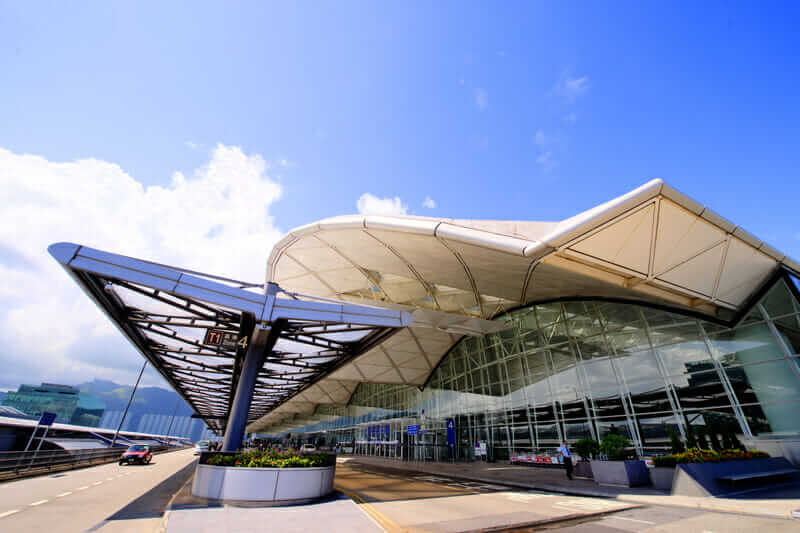 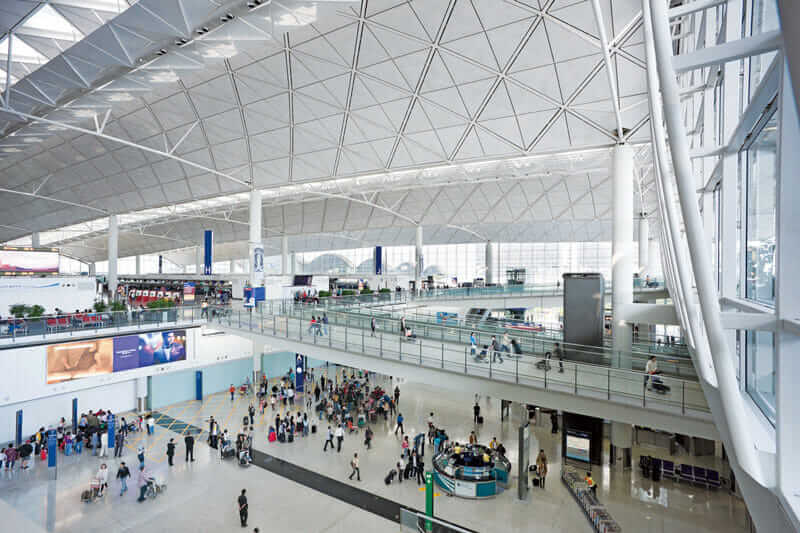 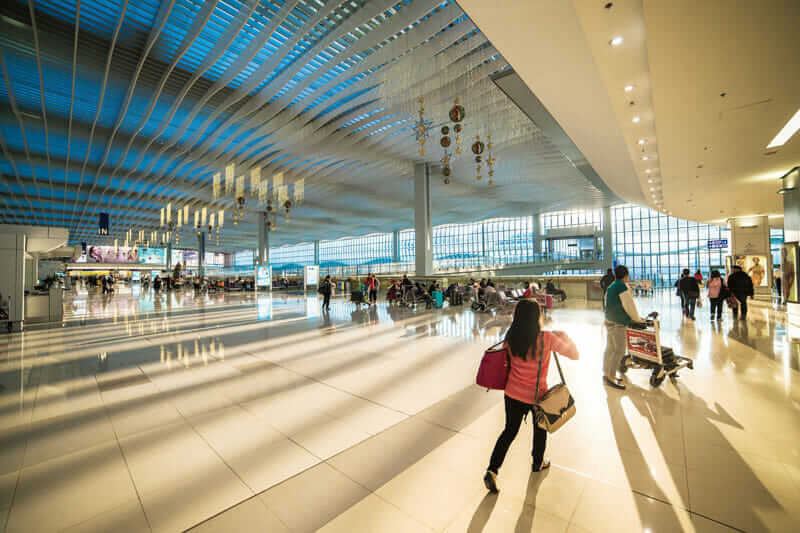 Given the complexities of rebuilding the airport, Kong says she was particularly impressed by the attention to detail in facilities management. For example, AECOM had to consider how passenger carry-ons would be efficiently screened at the security checkpoint.

“Customs operations and security operations were all new to me,” Kong says. “But we needed to know every part of HKIA’s requirements and justifications in designing the building, and we had to bring them all together to ensure the outcome of the building resulted in an overall smooth operation.”

For the stakeholders working on LaGuardia Airport in New York, BIM helps designers, owners, and managers see the building in multiple dimensions—and also serves as a risk-mitigation tool.

“When you look at a 4D model, you’ll be able to see how the construction sequence is going to work and review constructability, make changes, and make decisions based on the existing schedule and model you have,” says Jay Mezher, BIM manager at WSP. “By running clash detection, you can report back to the designers where the clashes are so they can update their designs, and when you output your drawings, you have more confidence in fewer errors in the field when building the project.”

In July 2015, New York Governor Andrew Cuomo joined with then-Vice President Joe Biden (who once called LaGuardia’s Terminal B a “third-world country”) to announce a $4 billion plan that would rebuild the terminals as one contiguous building with terminal bridges connecting buildings. Cuomo said he wanted LaGuardia to feature the world’s best airport design, which meant using the most advanced technology to improve public transportation to the airport, reduce flight delays, and cut down on traffic surrounding the airport.

In order to create the best, most modern travel experience, the WSP team designed a new terminal that would be light and airy, as opposed to the dark, low ceilings of the existing terminals. The team also designed new bridges and concourses.

“The intention is that it’s kind of a relaxing place for passengers,” says Maxine Hill, vice president at WSP. “It doesn’t take too long to get through, and then there are lots of nice facilities and places to sit and relax.”

The new LaGuardia is different: It will be an unusually tall airport on a small footprint, and will feature bridges to gates that planes will be able to taxi under. “Initially, there were concerns it would be seen to be a negative about our design because most airport buildings are long and low,” Hill says. “When we thought about the benefits in terms of constructability but also the sense of place requirement, we understood the verticality of that design. Plus, the bridges link into that whole sense of place, because that’s what New York is about.”