In 1974, science fiction author Arthur C. Clarke, the brilliant mind behind 2001: A Space Odyssey and Childhood’s End, gave an interview in which he described our modern Internet with eerie accuracy: being able to access bank records, book theater tickets, and more all from a small console (though he didn’t mention smart phones).

Like Clarke’s early predictions of the Internet, the prognostications about the use of augmented reality in construction promise big things: better project efficiency, increased worker safety, and new ways to design structures.

The idea of employing a live “view” of the surrounding environment that can be augmented by computer-generated sensory input has been around for some time—but while it has yet to reach critical mass in the construction industry, it’s not far off. Here are some takes on where AR and VR in construction stand in 2018.

As buildings become increasingly complex—and construction profit margins tighten—adopting AR and VR to detect design coordination errors will become essential, argue Jeff Jacobson and Jim Dray. Whether it’s detecting when HVAC has been mistakenly routed through a space designed for an electrical system, or identifying missing elements, AR could help reduce wasteful change orders. By tying clickable annotations into a larger BIM database, construction managers could use smart headsets or high-end phones to add “sticky notes” for both on-site workers and designers back in the office. Read the article.

2. AR, VR, and 3D Modeling: Technology in the Construction Industry

As one of the least digitized industries, construction has a lot of catching up to do, which is why the Innovate UK consortium contributed £1 million ($1.31 million) toward AR development. The ultimate goal is to create an Augmented Worker System that will use AR to improve efficiency during every step of the construction process, one that will work hand-in-hand with smart helmets and mobile apps. As author Steve Mansour sees it, the benefits of AR and related technologies are desperately needed in the construction industry, and resistance to their adoption borders on the “nonsensical.” Read the article. 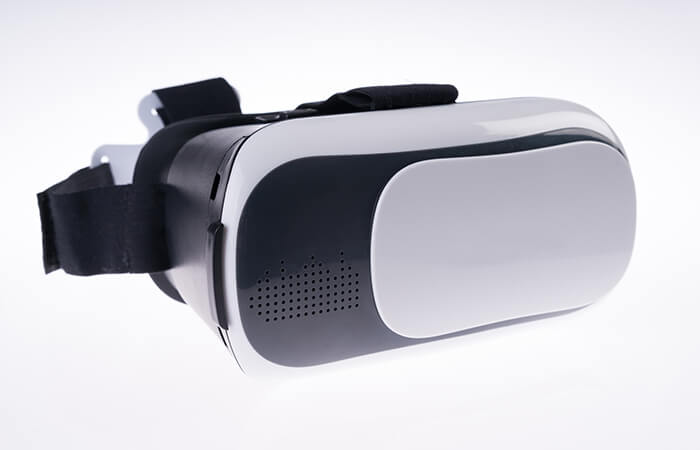 Although AR in construction has yet to mature, the technology’s rapid evolution and ability to present BIM data clearly makes it an “ideal visualization platform,” says Kyle Mallinger. From enabling real-time building maintenance information to improving collaboration between construction teams and designers, the combination of AR and BIM will eventually become viable for projects of all scales—and the result will utterly transform the industry. Read the article.

4. Virtual and Augmented Reality in Construction

Global construction services company ISG fully embraces AR and VR in construction in order to remain competitive, which is why it uses a laser scanner to record every square inch of a building before closing a project. This use of AR helps the company validate design files and also gives clients and facility operators a permanent record of the building. Meanwhile, the firm is thinking about the future—one in which robotics and AR work together on jobsites. Read the article.

5. Augmented Reality in Construction Lets You See Through Walls

It might evoke Luke Skywalker training with Obi-Wan Kenobi on the Millennium Falcon, but the DAQRI Smart Helmet doesn’t require the wearer to have working knowledge of the Force. The hands-free AR device allows users to effectively “see” through walls on construction sites, allowing workers to view spatial relationships more accurately and identify mechanical, electrical, and plumbing (MEP) clashes sooner. Currently being tested during construction of a medical center in Minneapolis, the helmet comes equipped with Autodesk BIM 360. Read the article.