By now, you know the dire predictions for the planet: rising sea levels, droughts and floods, heat waves. The international community, from heads of state on down, is at a crucial juncture with respect to climate change. And the risks are not just environmental.

What also emerges from the Fifth Assessment Report of the Intergovernmental Panel on Climate Change—and if additional measures aren’t taken to reduce greenhouse gas (GHG) emissions beyond those in place today—is a grim picture of a global community. It’s one that risks loss of infrastructure and agricultural income; slowed economic growth; intractable poverty; and particularly devastating consequences for disadvantaged people in developing countries, including food and water shortages, displacement, and violent conflict. 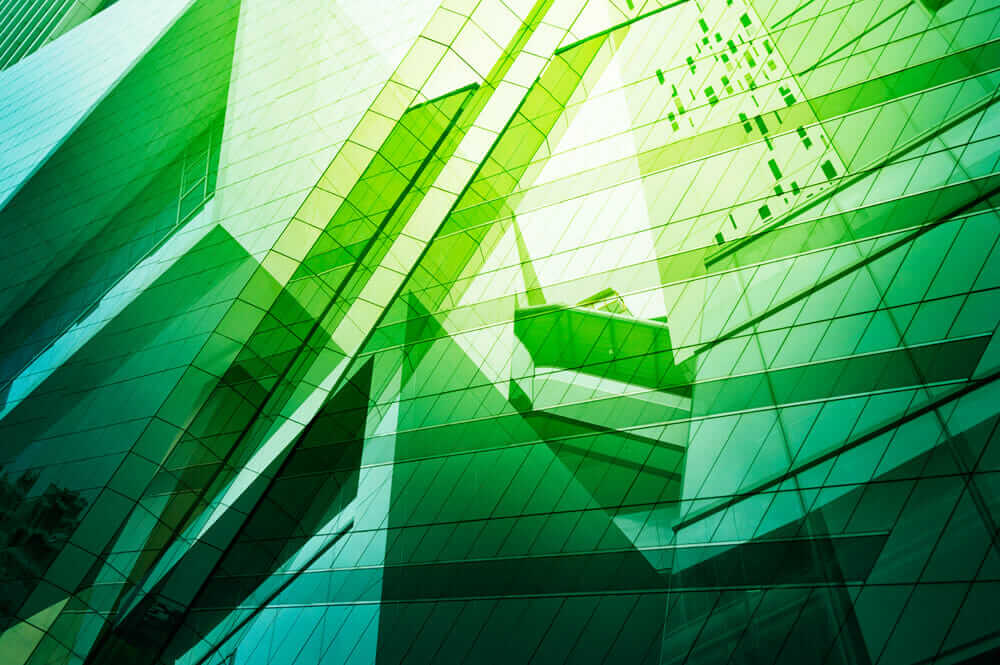 So does that mean there is a renewed focus on less fossil-fuel-guzzling cars and the like? Not necessarily so (even though that is important).

According to Ed Mazria, founder and CEO of Architecture 2030, the way to avoid such catastrophic consequences will not be found merely by altering the means of travel, through stringent auto-emissions standards, a higher percentage of electric cars, and so on. In fact, though fossil-fuel emissions from cars and trucks contribute significantly to climate change, the more grievous culprit—and the path forward for averting disaster, Mazria says—lies in the plan and design of the built environment.

The 2030 Challenge. Mazria and his group Architecture 2030 are the brains behind the 2030 Challenge, a set of incremental targets—for individual buildings, districts and cities, and building products—focused on energy and greenhouse gas reductions. By designing high-performance buildings and either producing on-site renewable energy or purchasing neighborhood- or utility-scale renewable energy, Mazria says the global community can avoid locking in energy consumption and emission patterns—in new construction and renovations—that will do severe and irreparable climate damage over time.

“Over the next two decades, globally, we will build, and tear down and rebuild, 900,000 billion square feet of buildings in urban areas worldwide,” Mazria says. “Most new construction worldwide is taking place in urban areas. To put it in perspective, that’s like building a new New York City every 35 days. Essentially, we will rebuild the entire world in two to three decades. That sets up a huge opportunity for energy and CO2 emissions reductions, given the average lifespan of buildings, about 80 years, and 120 years for infrastructure.”

And the facts are on his side: The building sector consumes nearly half (47.6 percent) of all energy produced in the United States, according to the Architecture 2030 website. It was responsible for nearly half (44.6 percent) of U.S. CO2 emissions in 2010. By comparison, transportation accounted for 34.3 percent of CO2.

Against those numbers, the 2030 Challenge lays out apparently ambitious goals for architects, designers, and planners: in short, that all new buildings, developments, and major renovations shall become carbon-neutral by 2030.

The 2030 Challenge is now being implemented by 80 percent of the top 10 and 70 percent of the top 20 architecture and engineering firms in the U.S. The Challenge has also been adopted by the American Institute of Architects; the American Society of Heating, Refrigerating, and Air-Conditioning Engineers; the U.S. Conference of Mayors; the federal government; and the Royal Architectural Institute of Canada. It calls for immediate GHG-emitting energy consumption performance targets of 70 percent below the regional (or country) average for all new buildings, developments, and major renovations. It also calls for, at minimum, the renovation of an equal amount of existing building area annually to meet a GHG-emitting energy consumption performance standard of 70 percent of the regional (or country) average by building type. The targets become progressively stringent every five years.

In dense urban areas such as New York City, which contains about 1 million buildings comprising 5.75 billion square feet of building stock, Mazria estimates about 60 to 80 percent of CO2 reductions in new buildings and major renovations can come though energy-efficient building design, things like orientation, color, window glazing, passive heating and cooling strategies, and materials and systems selection and design. The rest of the reductions, he says, can be captured through on-site renewable energy production in any number of ways—photovoltaic cells, small-scale wind turbines—or the purchase of regional non-GHG-emitting renewable energy.

A New Design Language. So what will the schools, office buildings, residences, and skyscrapers of the future look like under the 2030 Challenge? In a sense, style is not the issue. 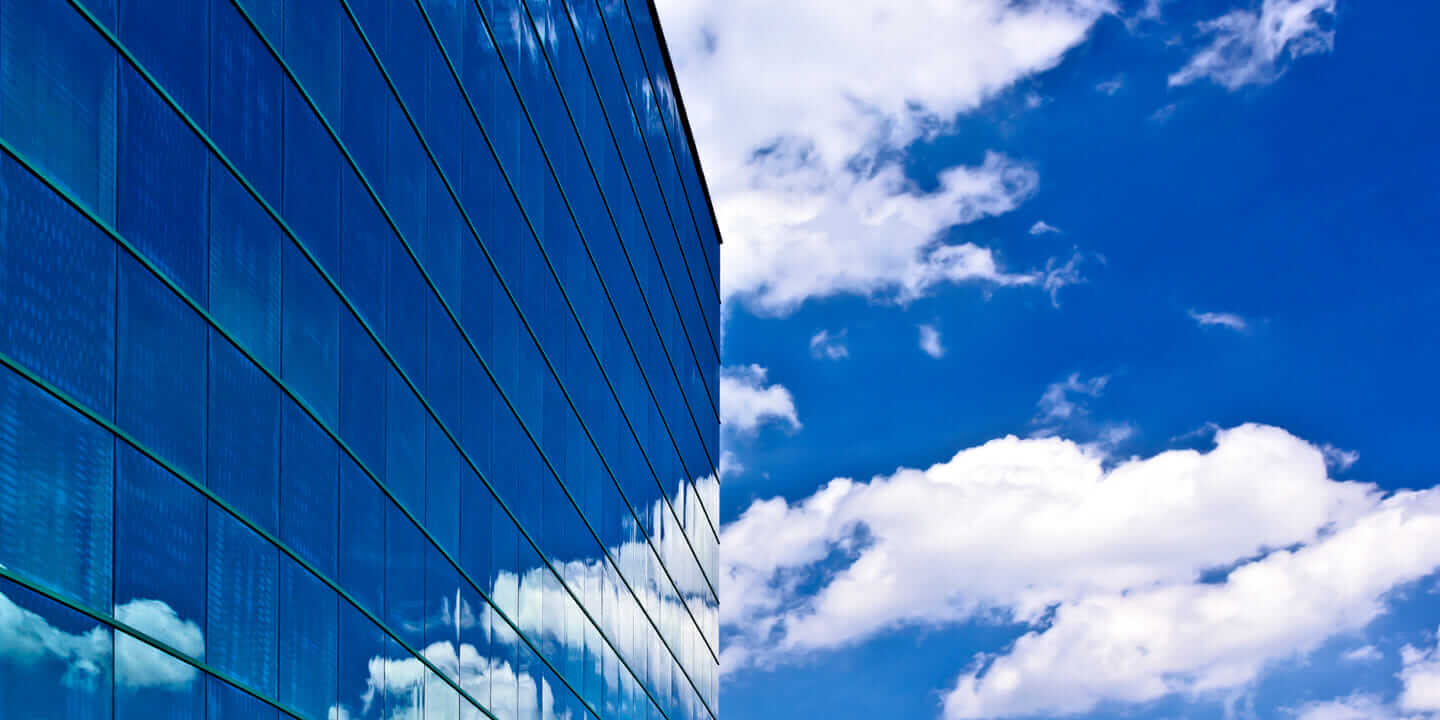 “They will evolve and look however they are going to look,” Mazria says. “We have migrated away from the rectangular, T-square, and triangle-drawn buildings of the ’50s through the ’90s. Forms are changing because of the software available. However, relating these new buildings to natural environments and passive design principles so they achieve high performance is another whole element. What we will see is a new design language that will emerge to create high-performance, low-emissions buildings and incorporate adaptation strategies for the amount of climate change that is built into the climate system.”

According to Mazria, computer simulations are allowing designers and MEPs to devote increased attention to kinetic features of façade design, as well as to sun position; light transmittance as it relates to window glazing; placement; daylighting; and even site-level features such as the location of street trees, which can help offset the urban “heat island” effect. Designers can literally watch an energy needle rise and fall on a sim dashboard as they apply design decisions and customize construction assemblies.

“It’s almost, in a sense, like gaming,” he says. “It actually becomes fun. You put a big unshaded window on the building’s west wing and watch the air-conditioning load go through the roof.”

2050 Imperative. Looking further ahead, Mazria’s 2050 Imperative expands the goals of the 2030 Challenge through a declaration to eliminate fossil-fuel-produced carbon-dioxide emissions in the built environment by 2050. And it’s far from a fringe idea.

At the recent International Union of Architects World Congress, member organizations representing more than 1.3 million architects in 124 countries unanimously adopted the declaration. All the regional Architect Councils of Europe, Asia, the Americas, and Africa also signed the declaration, an international show of support that is unprecedented in the 65-year history of the UIA, according to the Architecture 2030 website.

But can the goals of the 2030 Challenge and 2050 Imperative really be reached? And what will it take to get there? Education, through efforts such as the AIA+2030 Professional Series and 2030 Palette design platform, is one area where Mazria is committed.

“The first answer is yes, I believe we will get there,” Mazria says. “You only have to look at where we were in 2005 and how far we’ve come. Back then, you could hardly pick up a magazine that talked about the building sector. Now we see publications on green roofs, high-performance and zero-net-energy buildings; I can’t keep up with the books being published.

“And pressure will continue to build after the Paris meeting of the United Nations Framework Convention on Climate Change in December, where we will have countries committing to GHG-reduction targets and, every five years, trying to up their game,” he concludes. “All this is happening. There is no doubt in my mind that we will transform the built environment.”