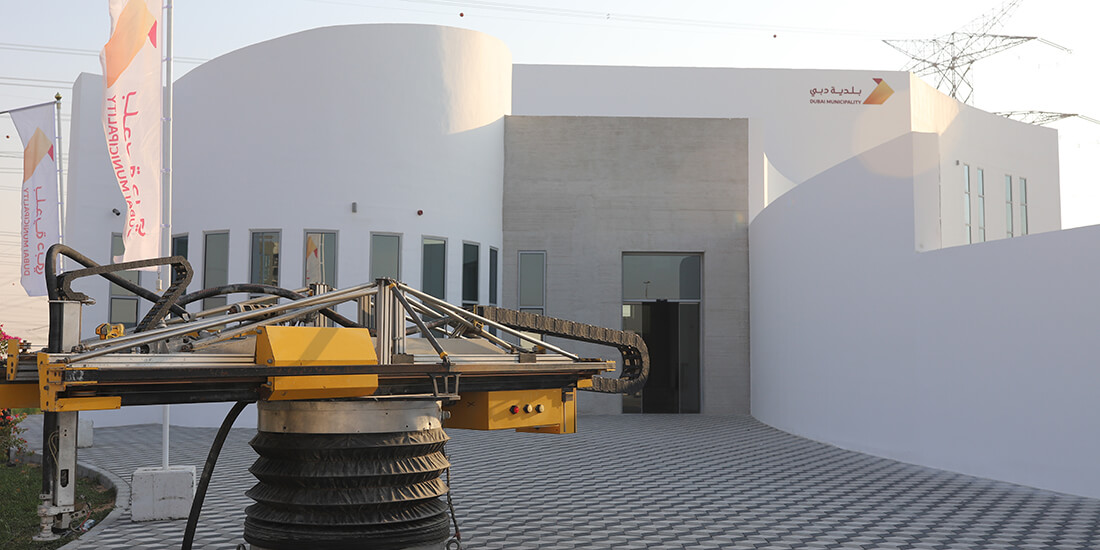 Building codes have a storied history and largely have been established only after tragic events such as the Great Fire of London, which destroyed swaths of the city in 1666. Since then, codes have been enacted to make buildings more fire resistant, for example, or to increase public safety in dense urban areas (something especially relevant in this challenging time of COVID-19). In the United States, the first national building code was established in 1915, and a winding path of municipal, state, and even international codes has persisted ever since.

This dizzying world of building regulation now has a new challenge: assessing new technologies in the construction industry. With the promise to revolutionize building, 3D printing makes the process faster, cheaper, safer, and more sustainable—that is, if builders can successfully negotiate with building officials, whose most pressing concern is: How can we be confident that 3D-printed buildings are safe?

According to Anna Cheniuntai, founder and CEO of Boston-based Apis Cor, which manufactures specialized 3D printers for the construction industry: “3D-printing technology is very innovative and very disruptive, and the construction industry is a very conservative industry. Because of that, it’s hard to implement 3D printing in the real world. Our biggest challenge today is creating standards so that building officials and authorities can easily certify the process and issue building permits.”

Apis Cor and structural engineering firm Thornton Tomasetti—both residents at the Autodesk Technology Center in Boston—have partnered to create an industry standard for 3D-printed walls, which they hope will be the first step toward creating future-focused building codes.

Apis Cor has demonstrated the merits of 3D printing on a handful of projects since its inception. In 2016, for example, it completed what it says was the world’s first “on-site” 3D-printed house, built using a mobile concrete printer. Located in Stupino, Russia, the 400-square-foot circular home was erected in just 24 hours and cost approximately $10,000 to build—a fraction of the approximate $50,000 and eight months that Habitat for Humanity spends building a 1,050-square-foot, three-bedroom home.

Subsequently, in October 2019, Apis Cor completed 3D-printed walls for a two-story government building in Dubai; at 31 feet tall and more than 640 square feet in area, it is the largest 3D-printed building to date.

Proof of concept, however, is not the same as precedent. And precedent is what building officials require in order to sanction 3D printing at scale, says engineer Patrick Kenny, an associate at Thornton Tomasetti.

“Construction is different from manufacturing,” Kenny says. “With construction as it is today, you’re not building 1,000, 10,000, or one million of the same building like you would with manufacturing, where you can mess up the first 10 products and improve the process as you go. Each building is its own prototype, and that drives decision makers to be very conservative.”

That’s where building codes come in: By compelling builders to conform to universal standards, code officials make heterogenous buildings more homogenous. In so doing, they mitigate risk by turning completed buildings into precedents for future ones.

The challenge with new technology such as 3D printing is that there is no precedent. Or is there?

“We believe that if we can prove the structural similarity between our walls and masonry walls, it will simplify the permitting process because building officials will be able to look at the rules and building codes for masonry,” Cheniuntai says. She adds that Apis Cor’s approach allows builders to use their proven construction techniques for roofing, foundations, and so forth already in use for traditional masonry construction.

Instead of envelope-pushing materials such as carbon fiber or bioplastic, Apis Cor veers toward familiar favorites such as concrete. Although regular concrete would not be suitable for 3D printing, the company has developed a proprietary recipe with the same ingredients—water, sand, and cement—plus a secret component that gives it high viscosity and a fast setting time.

“We understand that as a first step, we should be very familiar with the popular materials that are already used in construction,” Cheniuntai says. “Then, later on, we can introduce new materials.”

Of course, 3D-printed walls that look like masonry are only effective if they also perform like masonry. Apis Cor has been working with Briggs Engineering and Testing and the University of Connecticut to run its walls through the same battery of American Society for Testing and Materials International–certified tests that CMU blocks are subject to, including evaluating strength, resistance, flexion, and compression.

“You can take a CMU block and crush it in a machine to measure how strong it is,” Kenny says. “A piece of 3D-printed wall that’s the exact same size receives the exact same test.” According to Kenny, Thornton Tomasetti is reviewing test results for Apis Cor and translating them into a document that can be shared with building officials. “What we’re trying to do is show that this new material meets all the requirements of an existing, very comparable building code, which is the CMU code,” he says.

Apis Cor plans to flex its empirical evidence on two upcoming demonstration projects. The first will be a 3D-printed two-story home in Jackson, LA; Apis Cor plans to complete the structure within two weeks, for half the cost of a traditional home. The second will be a 3D-printed affordable-housing project in Santa Barbara, CA, with the Housing Trust Fund of Santa Barbara County. Expected to commence in the autumn of 2020, both projects will undergo the standard permitting process, showcasing both 3D-printing technology and its governance.

“What you want to do is win over a few people in a few locations, at which point there will be a precedent showing that you’ve built these buildings before,” Kenny says.

Initial projects will be starkly simple. Over time, however, Apis Cor plans to introduce additional prototypes with more complex geometry—which will then have to win favor with building officials.

“Right now, we’re latching onto the CMU code, which is fairly rigid, because it’s easily understood and has very exact requirements,” Kenny says. “Eventually, though, I see 3D printing becoming part of the cast-in-place concrete code. Because while that code has a lot of requirements in it, it’s totally free-form. It doesn’t place any restrictions on geometry, and that’s where you want to get to with 3D-printed concrete.”

Although the promise of 3D-printed homes—fast, affordable housing—is compelling, Apis Cor admits that the journey there is difficult. Still, it’s vital.

“Our goal is to fill the affordable-housing gap, and we believe we can do that—but not until we figure out how to get approvals and permits,” Cheniuntai says. “When it comes to scaling this technology, that’s the most challenging part.”