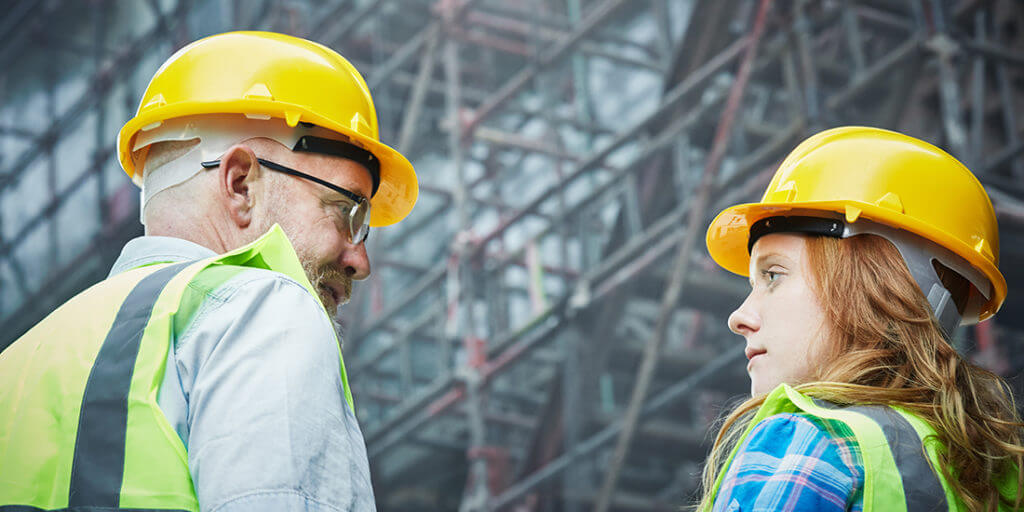 When the project manager for GRAEF, a multidisciplinary engineering and consulting firm based in Milwaukee, WI, made a fateful visit to one of the company’s construction sites, he inspected the completed concrete foundation for the building, then asked when he could come back to observe the structural steel erection. “The answer was something ridiculous, like a month,” says Michael Vogel, principal/Sports Team Leader at GRAEF. “The contractor couldn’t move forward because it couldn’t get the steel to the site quickly enough. The project manager came to us and said, ‘We should be able to fix this process.’”

And fix the process they did. As Vogel says, “We’re engineers. That’s what we do. We make things efficient.”

In the summer and fall of 2017, the firm kicked off a program called GRAEF Accelerate, which integrated Autodesk Revit, Advance Steel, and Navisworks to speed up construction schedules by minimizing unnecessary downtime. GRAEF Accelerate is also closing a skills gap in engineering talent: The program enables the firm to train young engineers faster and better than before and also helps attract and retain engineers eager to work with the latest BIM (Building Information Modeling) technology.

Over the past 12 to 18 months, GRAEF has completed and put in service five buildings under the GRAEF Accelerate program. The firm expects to expand the program from its initial pilot group of about 15 engineers and technicians to all 65 of its structural engineers, technicians, and detailers over the next 12 months.

The program has already impressed clients with its responsiveness. “The Brown County Expo Center in Green Bay, WI had to be finished by a particular date to be ready for a professional sports event,” Vogel says. “As we developed the schedule, we realized that the project hadn’t started soon enough to hit that immovable deadline using traditional construction processes. With GRAEF Accelerate, we shaved 10 weeks off the schedule to complete the project in time.”

The new GRAEF Accelerate process brings formerly separate structural-engineering processes, performed by different subcontractors that each required a separate model, under one roof and a single model.

Now, GRAEF performs all of these roles in-house. The company’s structural engineers create a single model that the engineer, detailer, and connection designer all work on at the same time.

Better coordination also virtually eliminates the tens to hundreds of RFIs (requests for information) formerly generated for each project. “We’ve eliminated the ‘telephone tag’ that comes from having several subcontractors involved in the process,” Vogel says. “For example, if a delegated connection designer hired by the fabricator had a question, they’d have to go to the fabricator, who asked the construction manager, who went to the architect, who gave it to their client the structural engineer. Now the detailer can walk across the aisle to the engineer and say, ‘What was your intent here?’ or ‘How does this look?’ We no longer have RFIs and all that manpower chasing the question through the weeds.”

A happy by-product of GRAEF’s process innovations has been a significant improvement in training young engineers to address a long-standing skills gap. “At GRAEF, we see a shortage of 10-year engineers, created by the Great Recession,” Vogel says. “Across the country, the industry lost 30 percent of its staff, and those folks aren’t coming back. GRAEF Accelerate is helping us train new engineers more quickly to fill that gap.”

Indeed, the program is helping the firm train what it calls “super engineers.” “They learn things now that they previously would have had to learn by immersion over a 20-year career,” Vogel says.

Twenty years ago, when structural engineers came out of school, they built 2D construction drawings and reviewed shop drawings that showed all the individual components of the “kit” that comprises a building. “Now they live in the 3D model,” Vogel says. “We have our new engineers do things that we call ‘putting on the jewelry.’ We have them model things like bent plates, kickers, stiffeners, and so on in 3D. This gives new engineers early exposure to how the pieces of steel connect to each other, why they go where they go, and how to design those connections. It teaches them about constructability.”

The GRAEF Accelerate program is also helping the company recruit and retain engineers, which is paramount to the success of any firm. “We think GRAEF Accelerate is the future of structural engineering,” Vogel says. “It’s not standard yet, but we think that it will become standard over the next decade. Too much value gets driven into the process for it not to be. And engineers recognize that value. People come to us for the opportunity to work with this technology, which is flipping the industry on its head—both young and experienced engineers are excited to be part of this vision.”