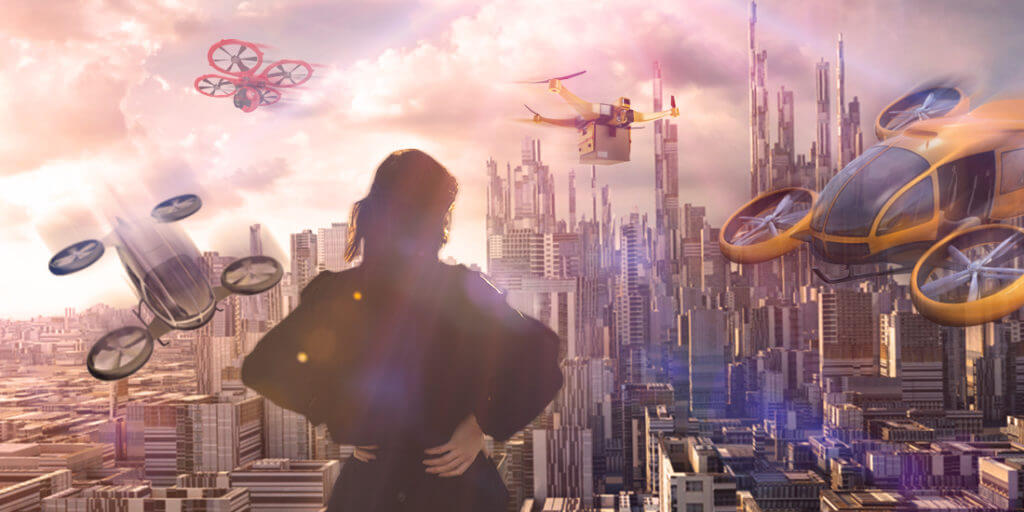 Presidential administrations have always faced challenges in trying to help vulnerable and underserved communities. But in the modern age of automation, advances in machine learning and robotics will fundamentally alter the economy, leading to job losses and greater inequality. The needs of at-risk individuals will become so acute that they’ll require greater action.

In the midst of the Great Depression during the 1930s, Roosevelt signed the Social Security Act, which established retirement pensions, unemployment insurance, and a national welfare system. Back then, welfare benefits were structured to help people who lost their jobs find similar opportunities; they just needed the time and space to find them.

Eighty-plus years later, it’s a different world. Technology disruption is unprecedented in the 21st century, which means people will have to repeatedly reinvent themselves to stay relevant and employed.

That begs a number of questions: How will people develop new skills for jobs that support similar or better lifestyles? How will they prepare for jobs that don’t even exist yet—jobs that will likely be replaced by entirely new jobs just decades later? How can the government support its citizens through all of this change?

With the rise of automation in every industry—particularly notable in manufacturing and construction—public and private sectors have to reimagine how they view and fund social safety nets and encourage the workforce to be more adaptable and resilient in the face of change.

The Good and Bad of Automation

McKinsey’s “Jobs Lost, Jobs Gained” report concurs, warning of an impact on up to 32% of US workers (p. 86). It also claims that by 2030, up to 375 million workers displaced by automation globally “may need to switch occupational categories and learn new skills.”

To be clear, automation has repeatedly upended industries over the past 500 years, but it created more opportunities than it destroyed, says The Aspen Institute’s 2019 future-of-work study (p. 5), “Automation and a Changing Economy,” which was created in partnership with Autodesk.

The report claims that automation has already pushed industries “from a craft system to mass production, from blue-collar to white-collar to ‘new-collar’ work—with better work, higher wages, more jobs, and better living standards.”

But people have to make the transition, and the skills gap is widening as automation technology (advanced robotics, AI, machine learning) grows exponentially. When people find it difficult to make that leap to the other side, they lose their economic security and—as months and even years drag on—livelihood, dignity, and sense of purpose.

“Technology disruption is unprecedented in the 21st century, which means people will have to repeatedly reinvent themselves to stay relevant and employed.”

This poses a major challenge for people who don’t have the means to acquire new skills through education and retraining. According to a 2019 Monitor Institute by Deloitte report, “Supporting Worker Success in the Age of Automation,” nearly 50% of manufacturing workers have a high school diploma or less.

Meanwhile, due to the advanced-tech skill sets needed to fill today’s manufacturing jobs, companies are increasingly having trouble filling positions. The report states that for a monthly average of 508,000 available manufacturing jobs, it takes an average of 93 days to fill one position. At the same time, 91% of construction employers struggle to fill 225,000 open jobs in construction each month.

These gaps are troubling as automation accelerates, which is why it’s more important than ever to problem-solve now. How can public and private sectors help people cross the divide?

Andrew Yang, an entrepreneur, decided to run for president because he was fearful of what an automated future would do to Americans. So he made his main platform universal basic income (UBI), a $1,000, no-strings-attached monthly safety net for US citizens, funded by value-added tax (VAT) consumption taxes. He’s proposing that all citizens between the ages of 18 and 64 get a check, whether they need the money or not.

UBI has gained traction as policy makers feared the impacts of automation and identified a quick (although hasty) solution. On the surface, Yang’s UBI argument makes sense: People should get financial support if they struggle in the new age of automation. But is a free check for 90% of the population the best way to spend government funds?

Currently, the US welfare formula is to provide assistance to people with incomes below the federal poverty level. Yet once welfare recipients secure jobs, the government reduces or even turns off the spigot of support, even if they still don’t make enough money to rise above the poverty line.

Meanwhile, UBI may offer continuous support to people whether they’re working or not, but then how much motivation would recipients have to seek out better opportunities and skills? I’m much more in favor of reforming the welfare system to a more robust universal basic support (UBS) model, a concept professor/author Yuval Noah Harari supports in his latest book, 21 Lessons for the 21st Century.

Instead of giving people money to spend on whatever they want, what if the government subsidized education, health care, transportation, and other services to help citizens meet their basic needs and motivate them to lead fulfilling, purposeful lives that contribute to society?

The Fight Against Irrelevance

Because technology is moving at such a breakneck pace and will provoke people to perennially reinvent their careers, it’s unclear what the job market will look like in 20 to 30 years. So how will the educational system know what to teach children now that will still be relevant then?

Harari predicts the emergence of a “useless class”—people with no economic or political value. That sounds harsh, but it means that workers will go from struggling against exploitation—doing menial, repetitive jobs for minimal money—to struggling against irrelevance. If humans are no longer needed to produce goods and services, how will they survive, both physically and psychologically?

One thing is clear: Humans still need humans. If someone’s grandfather is sick, he won’t want to be alone with a robot all day. What if the government valued its citizens by compensating them—through caretaker exemptions—to take care of their young children or aging parents?

In a world where the masters of the algorithms are making hundreds of dollars per hour, why can’t the government raise the minimum wage so some of those economic benefits are spread out to the people disrupted by that technology?

And what if some UBS money was funneled into the educational system to attract teacher talent, retain it, and actually acknowledge its value? That talent could be used to train and retrain people for the jobs of the future, leading to a more adaptable and resilient workforce.

Of course, UBS would have to be funded somehow. One source worth exploring is a structured-versus-regressive VAT that taxes the wealthiest consumers of nonessential products. But whether funded through VATs or another source, UBS money would need to be managed well. One option could be a sovereign wealth fund (SWF) walled off from congressional use. For example, public and private sectors could learn a thing or two from Norway, which has the world’s largest SWF.

But that’s a longer discussion, and it’s undeniable that this is a complex problem, particularly developing the right transitional programs to support people in decades to come. Also, I want to make it clear that I don’t have all the answers—only opinions and the desire to contribute my and Autodesk’s efforts to help.

Here’s the bottom line: Now is the time to develop better policies, programs, and a stronger social safety net for people who need it the most. Otherwise, how will humanity survive the exponential growth of automation and the possibility of economic irrelevance?