Fly ash makes up more than half of coal waste, and 99% of it is filtered by power-plant exhaust stacks. But rather than divert that filtered ash to landfills, one solution gaining traction is ash recycling. The recycling process renders the ash not only safe for use but also viable as an ingredient in products such as concrete and wallboard, creating stronger materials than virgin sources. Vecor, a green-technology company based in Hong Kong, aims to recycle fly ash into ceramic tiles that are both beautiful and sustainable. Vecor is working with experts from Germany, where fly ash has been 100% recycled since the 1950s.

Alex Koszo, Vecor’s founder and managing director, came to China from Hungary in 2007 and was horrified by the extreme environmental pollution he encountered. China was experiencing a huge building boom, and the construction industry produced enormous amounts of waste. “It just didn’t tally with the lack of resources that we have on this planet,” Koszo says.

In many countries, nearly half of the fly ash from thermal power stations goes to landfill sites, resulting in harmful substances such as arsenic, quicksilver, and lithium seeping into groundwater. “While countries such as Germany have been recycling fly ash to produce cement, countries like the United States, China, Australia, Russia, and South Africa continue to lag behind,” Koszo says.

Koszo wanted to change this and began working with the University of New South Wales in Sydney. He bought the patent to produce fly-ash tiles and founded Vecor, which functions according to the circular-economy principles of minimizing waste and using resources efficiently. The idea is to remove fly ash from the linear coal economy and use it to replace valuable raw materials—natural resources that are already too scarce.

Conducting research on materials with RWTH Aachen University in Germany, Vecor discovered that fly ash can be used to produce sand and aggregates, as well as fillers for paints and plastics. It can also be used to manufacture tiles—a viable real-world application. Fly-ash tiles are now produced at Vecor’s first factory in Zibo, China, in the Shandong province, where there are more than 40 coal power stations. 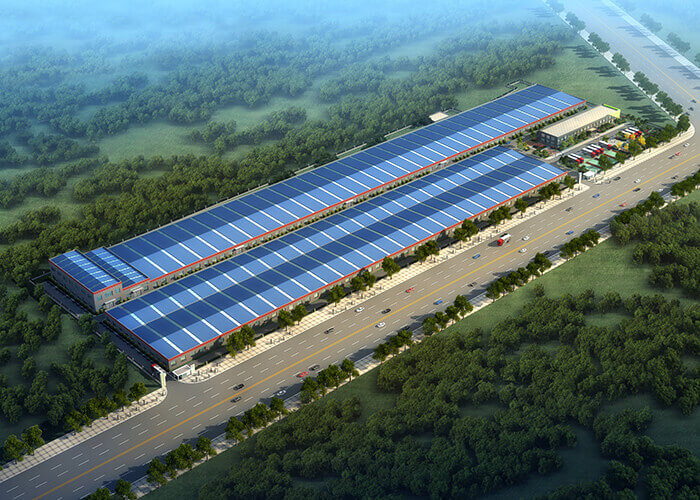 A rendering of Vecor’s factory site in Zibo, China, where there are more than 40 coal power stations. Courtesy of Vecor. 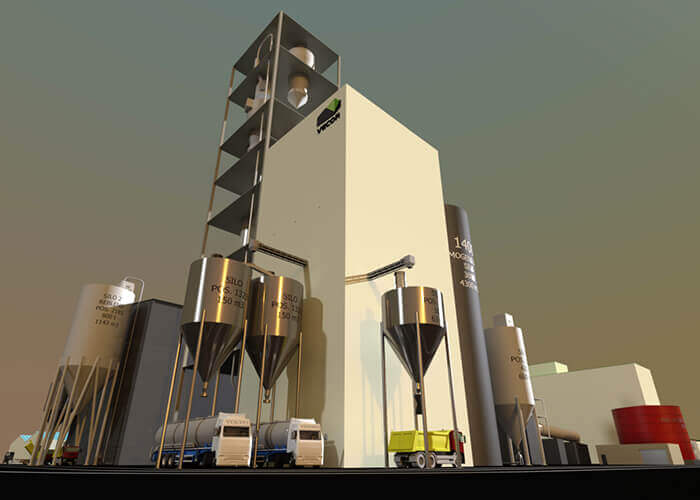 A rendering detail of the Zibo factory: The engineers used Autodesk software for the design. Courtesy of Vecor/3D Chemoprag. 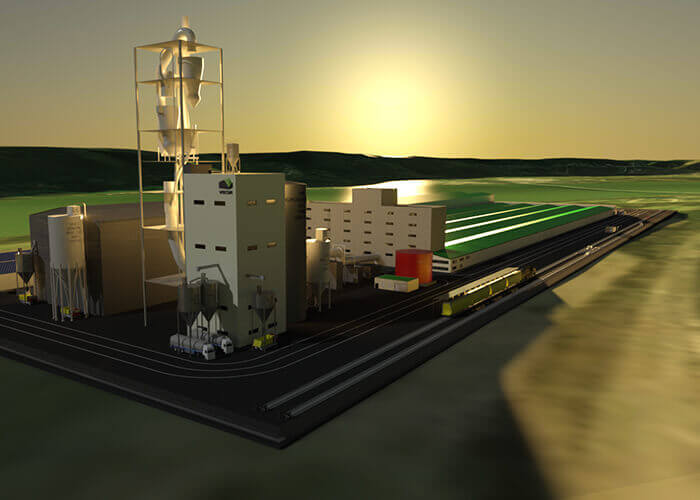 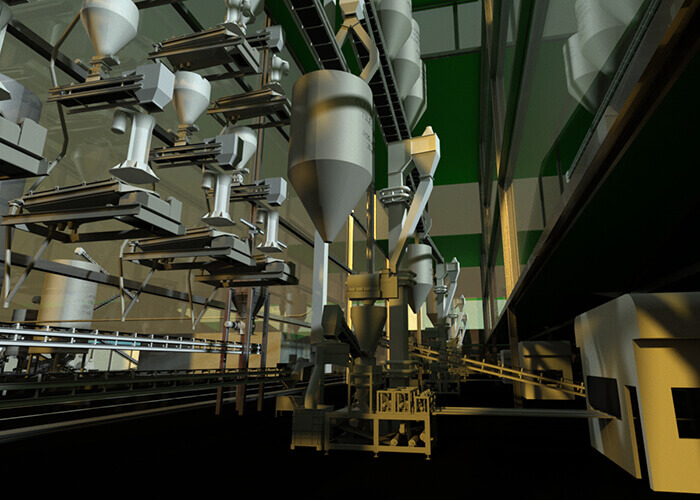 The digital twin of the production site in China. Courtesy of Vecor/3D Chemoprag.

Autodesk Foundation supported this venture and contributed software solutions for designing and building the showcase factory in Zibo: Plant 3D, Inventor, Navisworks, Revit, and AutoCAD were used to model the factory in 3D, and the engineers animated the factory using 3ds Max.

“The solutions cover the entire planning and construction spectrum of such a new plant,” says Dave Smith, chief engineer at Vecor. He cites the Forge platform as a key factor in developing a digital twin for the factory. Once collision checks were carried out and all the pipes were placed where they belonged, construction began. The factory opened in March 2019; other factories are already being planned.

Vecor’s process is simple and smart. Iron and carbon are removed before the fly ash can be processed. “We want the aluminum silicates,” Koszo says. Because these substances are also found in clay, fly ash is an ideal substitute in the ceramics industry. Some countries’ entire clay reserves have already been mined and used up. Of the materials Vecor uses to make tiles, 70% is recycled—recycled fly ash accounts for 55%, and recycled stone makes up the rest.

In traditional production, great amounts of water are used to make a uniform mass from the various raw materials. This mass is then heated to “boil out” the water again. Preparation of the materials normally takes as many as 40 hours. This was another aspect of production—in addition to the recycling—in which Vecor saw an opportunity to protect the environment. “We turned the production process for ceramic tiles completely on its head,” Koszo says.

Vecor wanted to save time and water, so it developed a process that requires hardly any moisture. To achieve this, the start-up worked together with a German machine manufacturer that supplies a special grinding mechanism for this purpose. It now takes just five minutes to prepare the materials, and Vecor has achieved 85% savings for water, 70% for raw materials, and 15% for energy. The ceramic tiles are made from special porcelain-like glazed microfibers, which makes them even harder and more resistant than conventional ceramic tiles.

Vecor recently won Best of the Best in the Innovative Materials category at the German Iconic Awards for 2019. According to the jury statement, Vecor has produced “a groundbreaking tile solution that is made from 50% coal ash, requires less water and energy to produce, and is thus very sustainable.” Vecor won four other sustainability prizes in China and the United States in 2019 alone, showing the potential for success—and sustainability—that the circular economy offers.