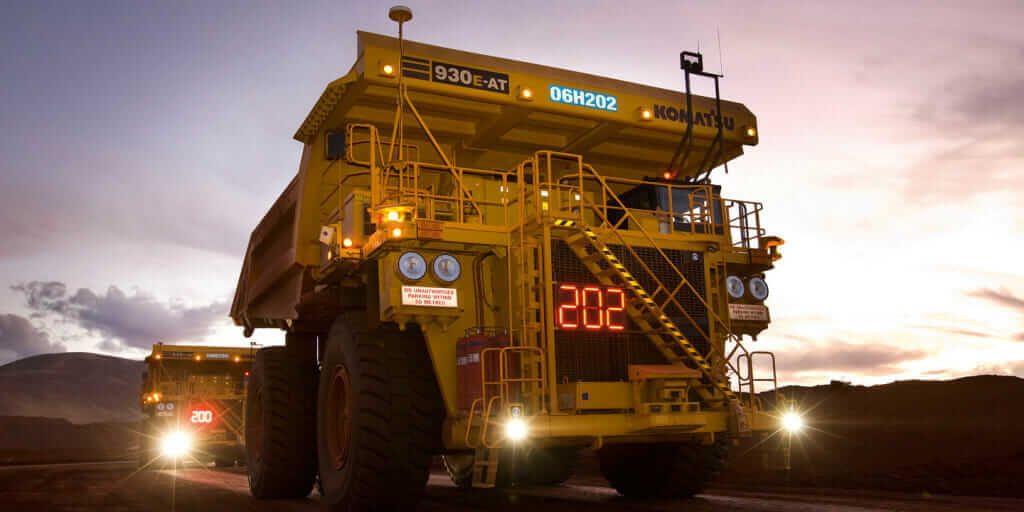 If Paul Revere were making his famous midnight ride today, he wouldn’t be bellowing about the British. Instead, he’d likely be alerting his fellow countrymen about machines. “The robots are coming!” he’d shout from atop his horse (or from inside his Toyota Prius). Unlike his original broadcast, Revere’s revised bulletin wouldn’t be a warning. Rather, it would be a birth announcement: Autonomous vehicles aren’t reserved for some distant tomorrow—they’re here today. And

At the nucleus of this robotic revolution are driverless cars, which are now legal in 22 U.S. states and the District of Columbia, and fully autonomous cars could be available by 2024. But cars aren’t the only vehicles ripe for automation. Buses, trains, and trucks also are poised for driverless upgrades, as are construction fleets—autonomous vehicle technology in construction could yield the same benefits for industry that self-driving cars promise to yield for consumers.

“When it comes to adopting technology, heavy equipment tends to follow the automotive sector by about 10 years,” said late Tudor Van Hampton, former managing editor of construction-industry publication Engineering News-Record. “When you look at the automotive sector, the Mercedes-Benz S-Class is the bellwether of future technology; whatever you see happening on the S-Class eventually will work its way into the over-the-road trucking sector and from there into off-road heavy equipment.”

In March 2021, Honda began selling the first Level 3 driver-assistance car in Japan. Similarly, it’s only a matter of time before autonomous (not to mention electric) construction equipment—from tractors, bulldozers, and cranes to dump trucks and excavators—enter the mainstream.

Experiments in the mining industry offer a glimpse at what eventually could materialize in construction, according to Todd Gurela, current chief technology officer of Cisco’s Industry Solutions group and former senior director of Cisco’s Internet of Everything division, which has worked closely with international mining company Rio Tinto to enable automation at its Pilbara iron-ore mines in Western Australia.

“Rio Tinto is on the leading edge of optimizing efficiency in its mining operations,” explains Gurela, who says Rio Tinto first outfitted its mining fleet with diagnostic sensors so it could monitor its assets’ performance; leveraging the data it collected, it then looked for opportunities to do things better, faster, smarter, and safer using automated equipment. For instance, in 2015, Rio Tinto had 69 autonomous dump trucks—manufactured by Tokyo-based Komatsu—operating at its Pilbara sites, each of which leveraged GPS to move high-grade ore without a driver. Today, Rio Tinto has expanded its autonomous fleet to 130 trucks and recently announced the deployment of its first fully autonomous water trucks. It is also developing and testing an autonomous heavy-haul long-distance railway system and has deployed an automated blast-hole drill system that allows a single operator to remotely control multiple drill rigs.

“These driverless vehicles deliver their loads more efficiently, minimizing delays and fuel use, and are controlled remotely by operators who exert more control over their environment and ensure greater operational safety,” Rio Tinto says of its Autonomous Haulage System. As for its Autonomous Drilling System, the company says, “It is much safer for the operators, and it maximizes precision and equipment utilization.”

Heavy-equipment manufacturers are hard at work on autonomous construction vehicles that replicate on construction sites the efficiencies realized by Rio Tinto in Australia. In 2013, for example, Komatsu introduced the semiautonomous D61i-23 dozer, the world’s first dozer with fully automatic blade control. Caterpillar and John Deere are working on similar vehicles, which likewise will be semiautonomous to start with but ultimately will evolve toward full, driverless automation. And in the San Francisco Bay Area, Built Robotics has automated excavators already on jobsites (though the vehicles still require human supervision).

Rio Tinto controls its driverless vehicles remotely, which means their human operators are out of harm’s way. Even in vehicles with drivers, however, automation can protect operators. “Operators historically have had tough jobs,” Van Hampton said. “You’re driving something that’s off-road, so your neck, arms, and hands get tired. More construction is being done at night nowadays, too, so operators take little micro naps while they’re working. All of this increases risk on projects. Automating safety—for instance, by making machines smart enough to detect if the operator is falling asleep, then wake them up—can reduce those risks.”

“Safety alone will never sell these systems … it’s safety plus economic value,” says Gurela, who cites as an example Canadian oil company Suncor Energy, which is deploying self-driving hauler trucks in Alberta’s oil sands with the hypothesis that they will increase productivity by eliminating human error. “In the oil sands, 400-ton hauler trucks make around 20 trips per day. If you can get two more trips out of the mine per truck per day, that’s a pretty significant improvement in the total production output of that mine.”

A key feature of autonomous heavy equipment is remote diagnostics, also known as telematics, which utilizes Internet-connected sensors to monitor vehicles to ensure they’re running at peak performance. As a result, equipment lasts longer (tires on autonomous hauler trucks, for example, last up to 50% longer, according to Gurela), requires less labor to operate, and uses less fuel—all of which saves money. “Fuel efficiency, for example, is in large part driven by how skilled the operator is at making that tool do its job; an operator who’s using more horsepower than he needs uses more fuel,” explained Van Hampton, who said integrating 3D models will allow for even further time and cost savings. “You can plug a three-dimensional terrain model into a machine, and it will go to work on its own and optimize to the grades that are specified in the model. It’s just like BIM [building information modeling], but for horizontal instead of vertical construction.”

Even with its generous returns, autonomous heavy equipment won’t likely lead to operator extinction. “Operators in the future will probably be more like commercial airplane pilots,” Van Hampton said. “They’ll still be needed to make the right inputs and intervene if things go south. Their knowledge, therefore, will be a lot more important than the mechanical part of it—pulling levers and holding onto joysticks.”

“The more you can optimize construction with digital modeling, then execute it with autonomous or semiautonomous machinery, the better the quality of the construction is going to be, the faster it can get built, the more profit that will be returned to the people building it, and the more value end users are going to get out of it,” Van Hampton said.

This article has been updated. It was originally published in November 2015.