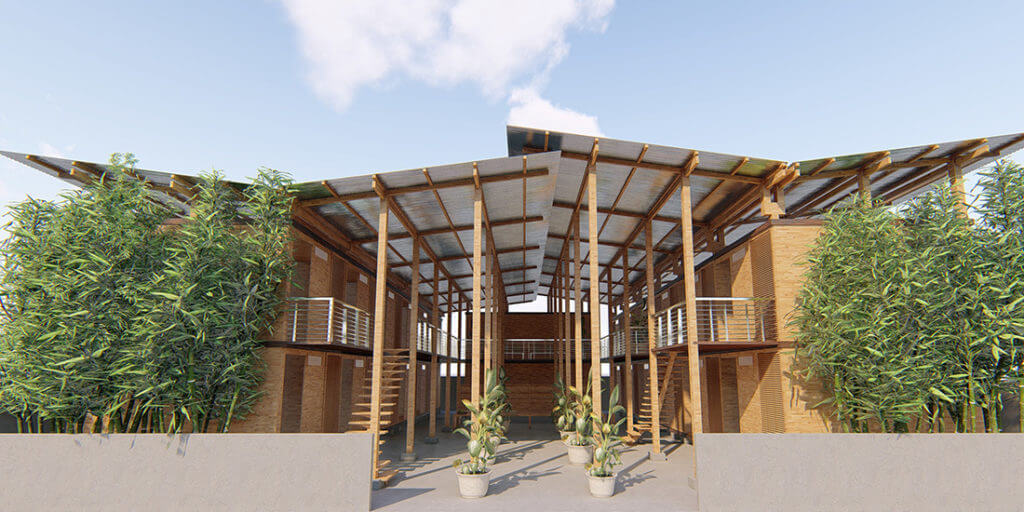 The Philippines is one of Southeast Asia’s fastest growing economies. But with its increasing urbanization, a housing crisis looms: Out of a population of more than 100 million, an estimated 4.5 million Filipinos are homeless, with around 3 million homeless in Manila, the nation’s capital. If left unaddressed, the housing shortage could affect as many as 12 million people by 2030.

Homegrown start-up CUBO is looking to reverse this trend with its modular homes made from bamboo. These tiny houses lend themselves to rapid construction, taking only a week to manufacture off-site and just four hours to assemble on-site.

Founder Earl Patrick Forlales drew inspiration from the Philippines’ native bahay kubo, a hut-like structure typically found in rural areas and small towns around the country. It has a steeply pitched, thatched roof constructed from nipa palm; hardwood stilts for posts; and bamboo slats for walls and floors.

“It’s very dear to me because I grew up in a bahay kubo,” Forlales says. “Whenever my mother would go to work, she would leave me with my grandparents. They had this bahay kubo, and it’s just a simple and functional home. I spent most of my childhood there.”

Forlales used this time-tested design as a point of departure to develop the CUBO concept, which he sees as an apt solution for the country’s urban-housing problem. CUBO uses bamboo, a material abundant in the Philippines, to build homes. Bamboo is fast-growing, shooting up to three feet per day. Its compression strength is higher than concrete, its tensile strength rivals steel, and it’s lighter than both materials. And, bamboo crops create cleaner air, providing 35% more oxygen and absorbing 40% more carbon dioxide than trees.

“What we want to establish is that bamboo is no longer a material that’s fit only for rural or farm housing, but that it could also be suitable for cities,” Forlales says. “We’re trying to shy away from the notion that bamboo doesn’t last long, that we can’t use it for long-term housing.”

The material CUBO uses is an “engineered bamboo”—treated and laminated to prolong its life, then processed into plyboard and dimensional lumber. The company outsources the bamboo treatment and lamination processes, while prefabricated panels are produced in a factory.

Other sustainable elements include tilted roofs that catch rainwater and lessen heat gain and elevated stilts aimed at preventing flooding.

Forlales won the 2018 Royal Institution of Chartered Surveyors (RICS) Cities for Our Future global competition, receiving £50,000 (around $60,000) in funding for his modular-housing solution. “The competition was about wanting to do good—and that’s something I promised myself I would do for others,” he says. “I knew that if I could do something that would make a direct impact on people’s lives, then I’d be happy doing that. I didn’t know it would be sustainable housing, but I’m happy it turned out like this.”

The start-up has gone through proof-of-concept and prototyping stages and is gearing up for launch. Within the next five years, CUBO intends to produce 10,000 houses across the Philippines. Forlales hopes to eventually bring the housing model to any location where bamboo grows, including Africa, India, and other countries in Southeast Asia.

Forlales is in talks with the World Health Organization about creating sustainable housing models that could be deployed in Kenya to keep malaria out of homes. He has also received interest from companies in India that want to manufacture their own CUBO houses locally; he’s considering licensing CUBO’s models to scale them as quickly as possible.

“There’s a lot of demand, and CUBO’s goal is more sustainable housing for decades to come,” Forlales says. “We just don’t see that future with concrete or steel. The future we’re seeing is one built around bamboo.”