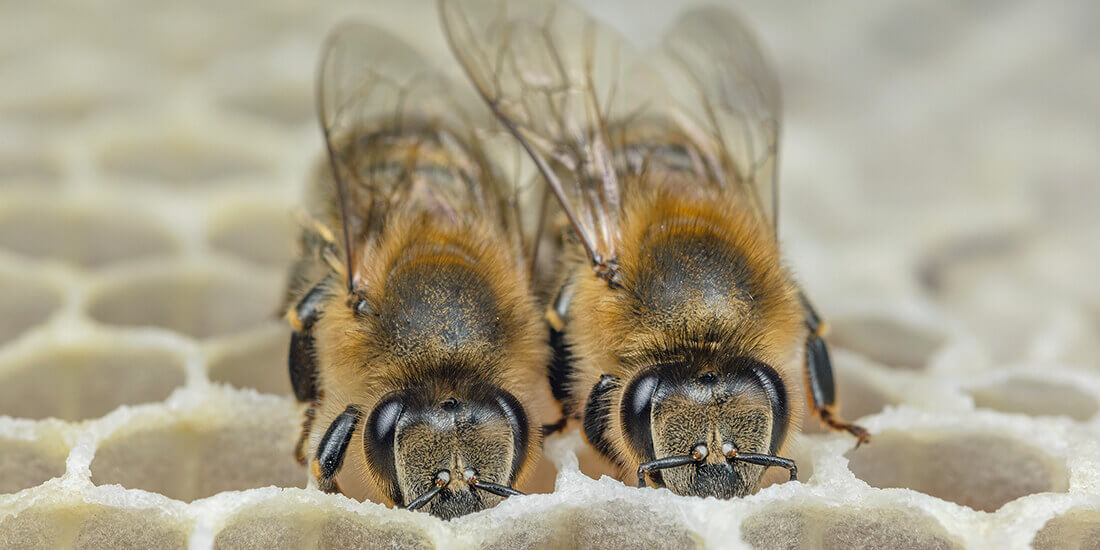 Bees are sensitive. Monocultures, chemicals used in agriculture, and urbanization present major challenges to bee colonies. Climate catastrophes are also taking their toll on these little creatures—often long before humans notice even the slightest changes. Several days before the 2011 earthquake in Fukushima, Japan, for example, beekeepers observed strange behavior among their bees.

How are bees able to sense such events so far ahead? Humans still understand far too little about these highly complex interrelationships, but bee expert and professor Dr. Jürgen Tautz from the University of Würzburg in Germany wants to change that. Tautz and his team are researching how the honeybee is reacting to climate change—and what that means for humans.

Tautz is one of the world’s top bee researchers, an emeritus professor of biology, and the man behind the we4bee project. Tautz’s research team, coordinating with educational institutions and local beekeeper associations across Europe, has set up beehives equipped with advanced technology: sensors, video cameras, and weather stations. The project aims to find out how climate change and the environment in general affect bee colonies. 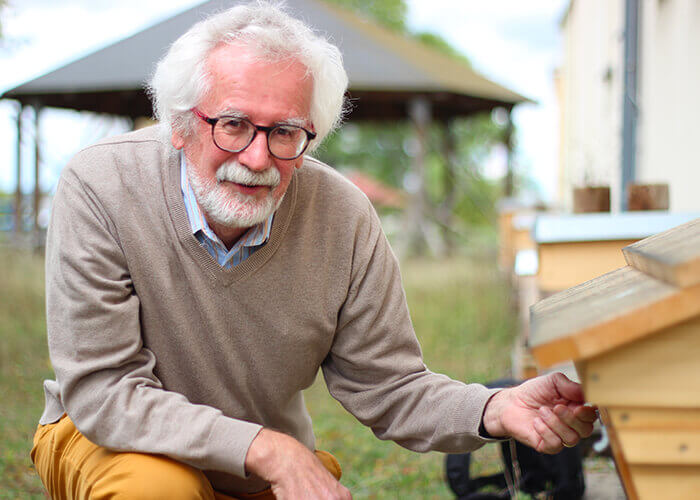 Professor Jürgen Tautz is one of the world’s top researchers in the field of bees. Courtesy of Friederike Voigt. 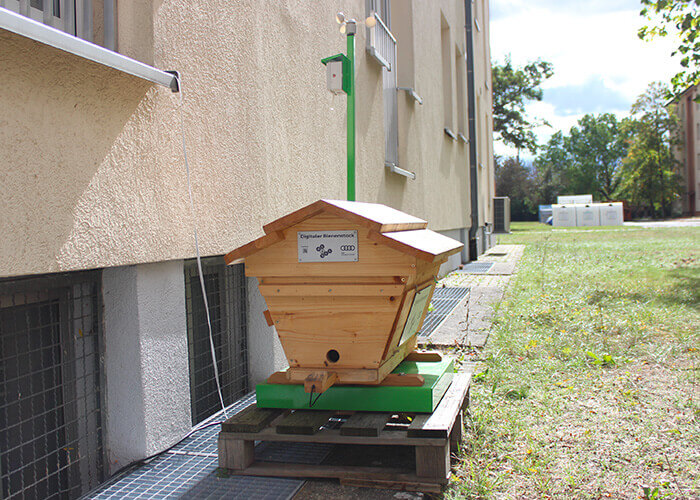 The high-tech beehive is equipped with multiple sensors, cameras, and a weather station to learn more about honeybees. Courtesy of Friederike Voigt.

“The honeybee brings together different sciences,” Tautz says. “In their being, biology; in their flying, physics; in their behavior, sociology; and in their ingenious honeycomb constructions, architecture.” He sees the bee as the perfect creature to study to improve knowledge in those subjects. More than 300 schools, universities, and museums sent video messages to sign up for the we4bee project at the beginning of 2019. And interest wasn’t limited to Europe: “We had inquiries from a zoo in New Mexico and a message from a beekeepers’ association in the farthest reaches of Siberia,” Tautz says.

More than 100 high-tech beehives are now located on rooftops and balconies and in biotopes and gardens at educational institutions throughout Germany, Austria, Switzerland, Belgium, Liechtenstein, and Luxembourg. Known as “top-bar hives,” they are maintained and data is collected with the help of a local beekeeper. The goal is to roll out the project worldwide and establish bee colonies across the globe. After all, climate change and species extinction affect everyone. “The bees are now giving the same school students who campaign for climate protection as part of the Fridays For Future movement a means to obtain data by themselves for their own goals,” Tautz says.

Honey is not at the top of the we4bee project’s agenda. “We want to collect data, not honey,” Tautz says. The beehive design reflects this. Top-bar beehives are built in trapezoid form so that the honeycombs do not stick to the outer walls. Originally, these hives were constructed for African villages that did not have honey extractors. 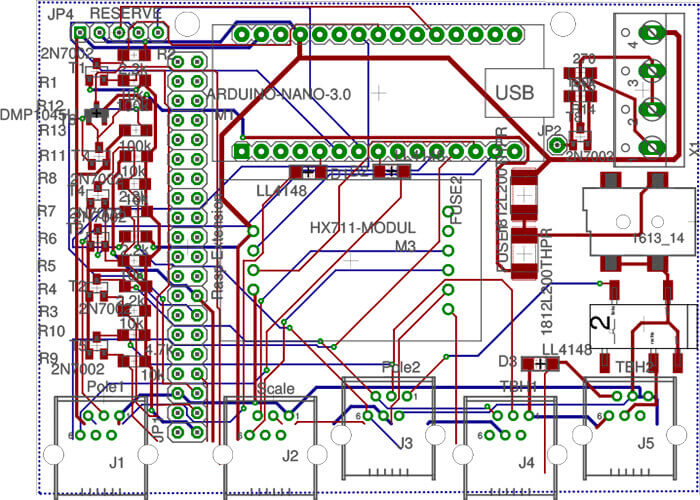 The circuit diagrams for the boards with the sensors were drawn using Autodesk Eagle. Courtesy of Hans Neumayr. 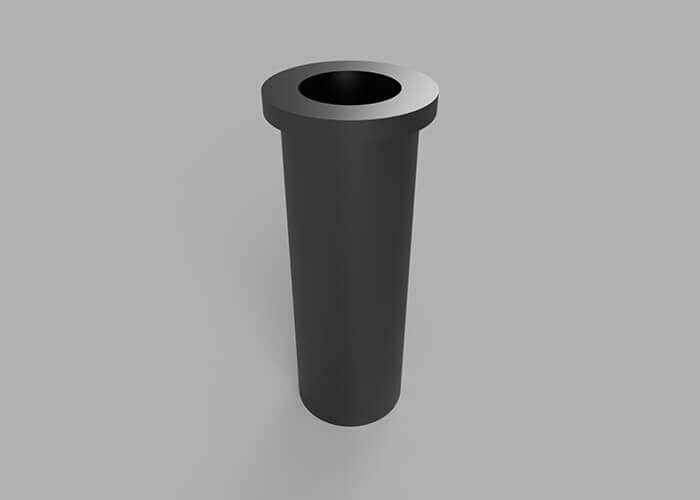 A 3D-printed plastic sleeve is used to hold the sensors in the beehive. Courtesy of Hans Neumayr.

Tautz and his team also equipped the high-tech beehive with cameras, a weather station, a minicomputer, and various sensors. These are designed to collect data on temperature, humidity, particulate matter, acoustics, and wind.

Engineer Hans Neumayr drew the circuit diagrams for the three boards with the sensors using Autodesk Eagle software. Neumayr worked closely with one of the developers of the software and helped test the first prototypes for Eagle.

The collected data is sent to the computer center at the University of Würzburg every second. Once enough data is available, the we4bee research team, along with data science specialist and computer scientist Professor Andreas Hotho, evaluate it using artificial intelligence in the cloud. Cooperation partners for the project include Microsoft.

“Before I turned 40, I didn’t have the slightest clue what a wonderful insect the bee is or just how much we can learn from them,” Tautz says. “That all changed when a colleague gave me a bee colony as a present.” He switched from his primary focus—brain research—to founding Bienenforschung Würzburg (an organization for bee research); HOBOS (an Internet platform for researching bee colonies); and, finally, we4bee. He has also published books on bees in 19 languages.

Tautz sees the bee as a climate ambassador and one of the most important animals for humans. He is convinced that what is good for bees will help other species, such as hedgehogs; butterflies; and, ultimately, humankind.