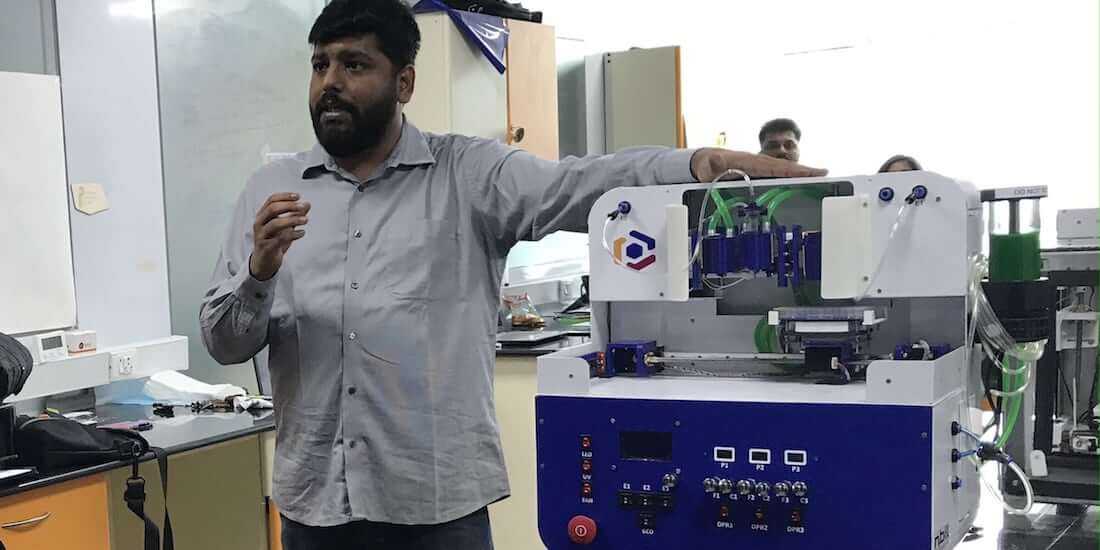 In the fight against the COVID-19 global pandemic, 3D printing has taken center stage. Manufacturers have turned to 3D printing for fast, low-cost production of medical and personal protective equipment (PPE)—rapidly fabricating swabs to be used in test kits, valves for ventilators, face shields, and other items for essential workers on the front lines.

India-based start-up Next Big Innovation Labs (NBIL) is now taking 3D printing materials to the next level, using the technology for bioprinting human skin. Bioprinting uses biological materials such as cells to create a bioink that’s loaded into a bioprinter.

As the largest organ of the human body, the skin is the first line of defense against harmful bacteria. It regulates body temperature and facilitates the sense of touch. Skin also comprises multiple layers, making it well suited for the layered 3D-printing process.

NBIL draws on its team’s expertise in additive manufacturing, synthetic biology, materials science, and computational design, with the ultimate goal of making a positive difference for India’s 1 billion–strong population.

“What we’re trying to create is a replica of human skin, so we need to understand not only how the skin performs biologically but also how it’s physically structured,” says Alok Medikepura Anil, a co-founder of NBIL. Anil worked as a 3D-printing expert in the automotive and aerospace industries before transitioning to biotech to make a bigger impact.

NBIL established a three-stage process to create its version of human skin—what the company calls Innoskin. In the first stage, known as the pre-bioprinting stage, the team extracts skin cells from skin tissue samples and stores them in a cell bank. They then mix these cells with the company’s proprietary bioink formulation, which goes into a bioprinter for the bioprinting stage.

“At the time of bioprinting, we’re printing three-dimensional structures according to a specific size, shape, and dimension,” Anil says. “Once these structures are created, they have cells embedded inside them.”

During the final post-bioprinting stage, the cellular structures are moved into an incubator set to the right conditions to grow as if inside a human body: a temperature of 37°C and 95% oxygen, akin to normal blood levels, among other factors. After a period of 14 days, the cells grow into skin tissue, forming the epidermis and its four sublayers.

NBIL applied generative design to bring down the weight of Trivima, the start-up’s own bioprinter. “This is critical to gain as much control of the machine as possible—even down to the micron level,” Anil says.

The team also used Autodesk Eagle to customize Trivima’s printed circuit boards and Fusion 360 to design the bioprinter’s sheet-metal components. “Sturdiness is important,” Anil says. “Even small movements within the machine can change the quality of the prints, so sheet metal is the go-to option for us.”

NBIL is currently validating Innoskin, comparing the biology of its bioprinted skin with actual human skin and testing how close it is to mimicking the body’s outer layer. The company is set to launch Innoskin this year.

Lab-grown skin is an active field of research, especially with many industries moving away from animal testing and toward more ethical solutions. For instance, MatTek’s Epiderm and L’Oreal’s EpiSkin, both of which are grown in a petri dish, are used to test chemical, cosmetic, household, and pharmaceutical products before release.

But what makes Innoskin different from lab-cultured skin is its affordability, consistency, and scalability. “Culturing doesn’t provide the needed batch-to-batch efficiency, which means each batch may have variations introduced by human errors,” Anil says. “With 3D-bioprinted skin, you have a series of bioprinters churning out skin models, and you’re able to reduce the batch-to-batch variation, which is a big advantage for industries looking at a standardized model for testing. The ability to scale and bring down the cost also exists.”

Aside from manufacturing a potential viable replacement for animal testing, NBIL hopes to bring Innoskin to the medical sector for clinical use cases such as skin grafts to treat injuries. “We’re looking at servicing the needs of patients who would require skin transplants for burn treatments,” Anil says. “With bioprinting, we’re able to create personalized skin for the patient using their own skin cells to create skin in the lab.” 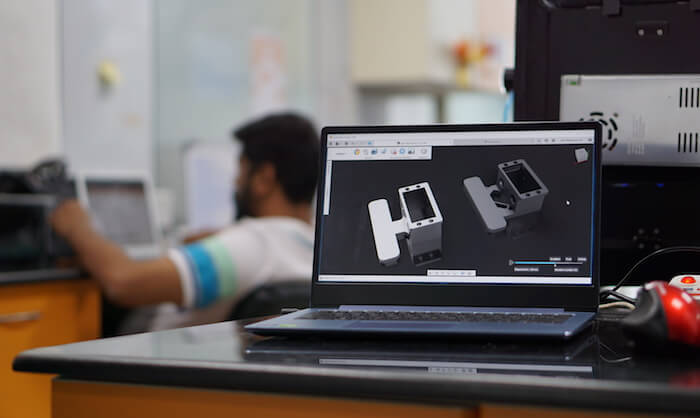 NBIL used generative design to make certain parts of the Trivima printer, such as these brackets. Courtesy of Next Big Innovation Labs. 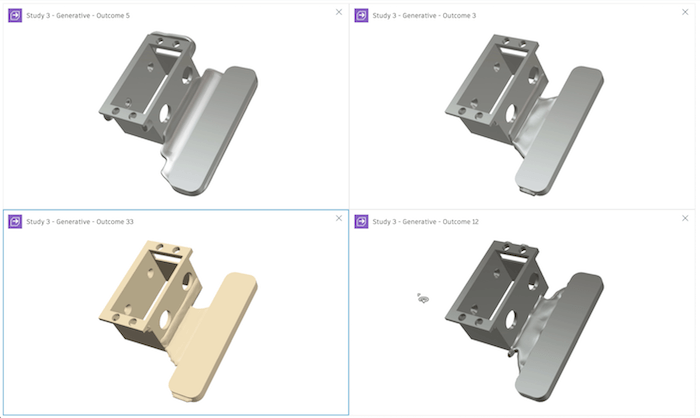 NBIL is also working with pharmaceutical company Merck to examine how the start-up’s bioprinting technology might speed up the process and reduce the cost of drug development. Given that bioprinting is an emerging field, NBIL understands the importance of building relationships for further growth and improvement.

“Bioprinting is still a niche field, and there are researchers doing work in their own silos,” Anil says. “We’ve started connecting with research labs, academic institutions, and industry peers around the world because we believe that collaboration is key to success.”