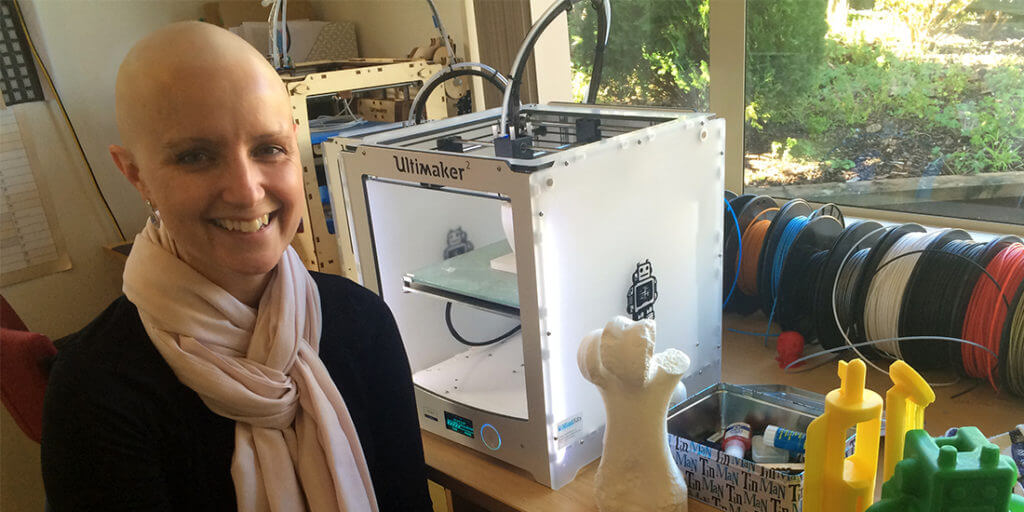 Breast cancer ranks among the most prevalent forms of cancer. In 2021, estimates from the International Agency for Research on Cancer revealed that “female breast cancer has become the most commonly diagnosed cancer type in the world,” accounting for nearly 12% of new cases globally and surpassing lung cancer for the first time.

Fay Cobbett battled breast cancer—and survived. After being diagnosed in 2015 and undergoing a mastectomy, she decided to forgo reconstructive surgery, opting instead for a breast prosthesis.

What Is a Breast Prosthesis?

A breast prosthesis is a breast form that helps fill the space where a person’s breast was after a mastectomy. Most are made from silicone gel or filled with foam and come in different shapes and sizes. Some have adhesive patches whereas others are inserts that fit into bathing suits or specially designed bras with pockets.

Those who have had a mastectomy may choose to undergo reconstructive surgery. The permanent breast shape achieved through surgery can provide a more balanced look and natural feel. A reconstructed breast is also a low-maintenance option compared to putting on, taking off, and caring for a breast prosthesis.

However, breast reconstruction may require more than one surgery and time to heal. Cost is also a consideration, especially without insurance coverage or if an insurance plan either partially covers reconstructive surgery or doesn’t cover it at all.

On the other hand, a breast prosthesis is less invasive and more affordable than surgery. No recovery time is needed, and it may be a less risky option for those with underlying medical conditions.

Yet the breast prostheses sold in pharmacies, retail underwear stores, or custom lingerie shops are mass-produced, so they’re not customized to the natural contours of a person’s body and the shape and size of the other breast. They might feel too light or too heavy or too hot and sweaty in warm or humid weather. They might need frequent adjusting due to body movements.

Cobbett found the silicone-gel bra inserts uncomfortable, so wearing her breast prosthesis was a struggle. There was a lack of comfortable prostheses options on the market, and Cobbett’s partner, Tim Carr, wanted to make things better for her. Carr leveraged his problem-solving abilities and 3D-printing background to create a custom-made, affordable breast prosthesis. He launched the New Zealand–based myReflection company in February 2019.

“We found that when something’s not just an off-the-shelf product but designed for you and from you, it becomes an extension of self,” says Jason Barnett, head of myReflection’s research and development.

Learning from Cobbett’s experience, Carr and Barnett set out to solve common prosthesis problems. The available options were too heavy, with flat backs that could cause nerve pain and put uneven pressure on the body. They developed a lightweight, custom-fit model with a soft inner core designed to mold to the body without gaps or pressure points, as well as an ISO-certified, skin-safe silicone outer shell.

“Ours match the undulations of what’s been removed, putting even pressure across the surface of the body,” Barnett says. “It’s one-to-one sizing, and when women wear it, it’s indistinguishable from their body.”

To make its prosthesis more affordable, myReflection turned to 3D printing. “It’s the most appropriate technology for fast and cost-effective production,” Barnett says. “You need its automation mixed with the ability to produce a customized part at traditional mass-manufacturing prices.”

Creating the prosthesis starts with a 3D-scanning process that takes hundreds of postmastectomy images of a woman’s chest wall and torso. Using photogrammetry and Autodesk Meshmixer, frames from the images are meshed together to build a 3D model of the torso. A 3D printer then makes the mold from that digital model, and the custom prosthesis is manufactured. Before production, the 3D-printed mold is test-fitted to ensure the correct form and to check for any adjustments.

Perfecting the process took more than a year of research and development, consultations with industry professionals, a fridge-size box of failed prototypes and test pieces, and a lot of trial and error. “It took three completely different processes to produce the final product,” Barnett says. “We did comparative testing until we worked out what generates the cheapest, fastest, and most reliable result. A lot of the specifics required us to try first and see what happened. It came from experience rather than just knowing the answer.”

The team’s efforts paid off. “In the beginning, it was all about helping Fay,” Barnett says. “But seeing the positive impact it had on her, we realized we needed to do this for everyone.”

Since its launch in 2019, myReflection has received an overwhelming response. “We’ve been inundated with requests for custom prostheses,” Carr says. “Within a month after launch, we had 300 women asking when they can get theirs, so we’ve had a strong focus on scaling up to meet demand.”

The company offers a four-year subscription service for 613 New Zealand dollars (about $400) per side. Eligible clients can use New Zealand’s breast-prosthesis subsidy to cover the entire payment. The subscription includes a 3D scan and three prostheses per side (one initially and two more any time within four years). Rescanning is available within this timeframe at an added cost for adjusting to any changes that could affect the prosthesis.

3D technology may be the future of breast prostheses and breast cancer treatment. Similar to myReflection, the Biomedical Engineering Department at UConn Health, the University of Connecticut’s academic medical center, is creating personalized breast forms designed as 3D-printed porous lattices. And doctors at the University of Texas MD Anderson Cancer Center are helping patients visualize their diagnosis and understand their treatment options using 3D-printed replicas of patients’ breasts and tumors. These 3D breast models also serve as a guide for doctors during surgery, enabling a more efficient operation.

Making a Difference in Survivors’ Lives

myReflection plans to make its prostheses available to women across Australia, Canada, the UK, and eventually the United States. The company is also looking into other use cases for its technology—from improving socket interfaces for prosthetic limbs to redesigning respirators.

“The technology we’ve developed is translatable,” Barnett says. “It can apply to human-material interfaces, leveraging the 3D scanning, 3D printing, and material science we’ve developed for the prostheses.”

Beyond the technology, the company’s main goal is to make a difference in women’s lives. “The greater impact of myReflection is in the sense of self that I see when someone owns their custom prosthesis,” Carr says. “It’s not a B cup or a C cup, but a ‘you’ cup.”

“We’ve seen women develop a strong personal connection with the prosthesis to the point where they feel it’s part of them,” Barnett adds. “The feedback we get is the absolute driving force behind why we do this.”

This article has been updated. It was originally published in June 2019.