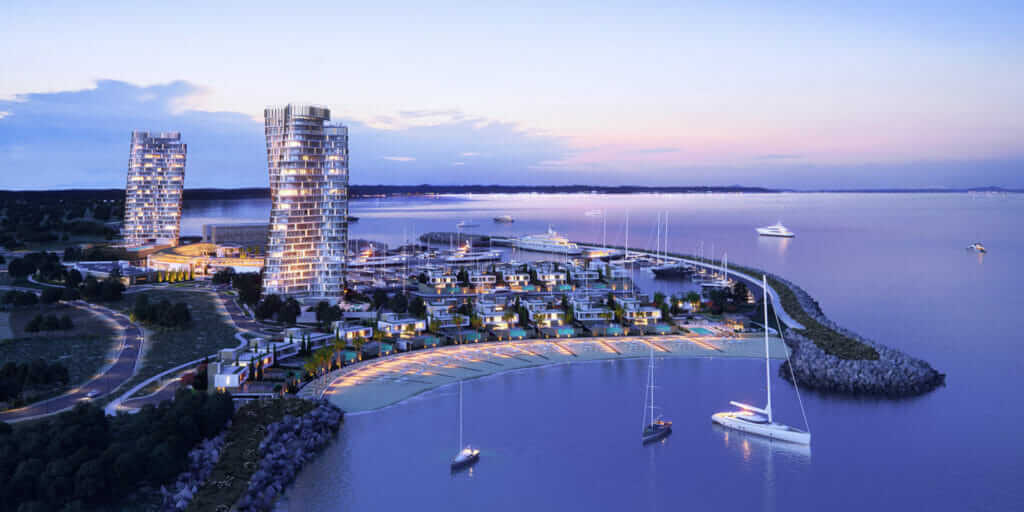 Although great civil engineering isn’t always obvious, it’s just as important as impeccable architectural design—sometimes more so. That is why the civil engineer/architect relationship is so important to the success of buildings and infrastructure. “If a building is beautiful but the stormwater backs up, it’s a fail,” says Bill Ash, design principal with SmithGroupJJR.

But civil engineering and architecture are two very different beasts, and collaborating is not always smooth. Civil engineers are generally used to a linear process in which they produce calculations, make decisions, and present solutions. But when working with architects, this process tends to zigzag a little more.

“You get to a certain point in the process, the design changes, and from an engineering standpoint, that can be hard. Engineers don’t like change,” says John Kretschman, a civil engineer with SmithGroupJJR, who has worked with Ash on several projects.

On the architect’s side, design ego can get in the way of successful collaboration with a civil engineer. But at a multidisciplinary firm such as SmithGroupJJR, the culture encourages an integrated design approach rather than pitting architect vs. engineer.

“We tend not to prioritize one particular agenda over another,” Ash says. “For example, an architect may start with an urban or programmatic notion about how to orient a building, and at the same time, the civil engineer may have the most direct and elegant—but different—idea about orientation based on topography or resources. What happens from there is collaboration, discourse, and advocacy with the creative conflict resulting in a more beautiful, holistic solution than one that simply meets one project requirement or another.”

Kretschman agrees that these differences between disciplines can lead to better design solutions. “Working together in the beginning has forced the engineer to be more creative,” Kretschman says. “The solution may not be the first that comes to mind, or the easiest, but it’s the best solution for the project.”

So what does a successful collaboration between an architect and a civil engineer look like? For Ash, this collaboration, by its nature, is often not immediately detectable. “How well the two worked together shows up, in essence, in the integration of the seen and unseen,” he says.

“If you’re experiencing it, and it’s successful, you don’t know where one begins and the other ends,” Kretschman adds. “It’s all seamless. Everything works together, and you don’t see the engineering.” In other words, when what’s above ground (the architect’s domain) and what’s below ground (the civil engineer’s domain) are working in harmony, your attention is more focused on the whole.

This kind of interdisciplinary collaboration becomes exceedingly important when a building project calls for the architecture to be subservient to the engineering. A perfect example is a marina project on the eastern Mediterranean island of Cyprus, which Ash and Kretschman worked on together.

“On our big international project, the Ayia Napa Marina, there was a lot of collaboration between the civil-engineering team and the architecture team on the shoreline and how the buildings responded to the shoreline edge,” Kretschman says. “Because it was a coastal project, there were a lot of civil-engineering issues, such as designing against flooding due to the sea-level changes. If there wasn’t a successful collaboration between the civil engineer and the architect in the beginning, the project could have turned out to be a marina with a landside development. Instead, it’s a beautiful landside development that happens to have a marina.”

In other words, the yachting facility and the infrastructure supporting it appear to be a cohesive design rather than separate components. Giving the civil engineers the lead during the initial phase of the project helped prevent engineering failures while still allowing the architecture, aesthetics, and user experience to come to the forefront. But working well together (and early in the planning stages) isn’t just beneficial for big projects—it’s equally important at smaller scales.

Such was the case in coordination between the architect and civil-engineer teams on the University of Colorado Denver Wellness Center. “We had a high-visibility campus project on a spatially challenged site with a significant utility easement cutting across,” Ash says. “It was hard to figure out how to make the site viable. We worked with several local partners, including a civil-engineering team, to explore building-footprint, land-shape, and infrastructure modifications. In the end, we created a great design and one uniquely tailored to the site.”

Another example is a plaza renovation at 1001 Woodward in Detroit—located over a basement that extends beyond the walls of the high-rise tower above. “It was leaking, pavers were failing, and it hadn’t really been touched since it was built in the ’60s,” Ash says.

The technical intricacies of adding planters and native landscape, handling drainage, and designing an entirely new waterproofing system over an existing structure amplified the necessity of coordination. “Thanks to a visionary client who saw this as more than just a leak repair, a team of architects, civil engineers, landscape architects, structural engineers, and lighting designers was able to transform an austere and unusable hardscape into a vibrant public space,” Ash says.

The relationship between a civil engineer and an architect is usually taken for granted as a technical interchange that informs the aesthetics, but it’s much more than that. A true collaboration between the two disciplines elevates the aesthetics and experiential aspects of a project—all the systems underground work as they should, and thus become invisible to the end user.

That means civil engineers may appear to be unsung heroes at times, but architects know that without great engineering, flawless design is meaningless. The occasional impassioned debate between architect and engineer may be just the thing to turn a project into a real success.