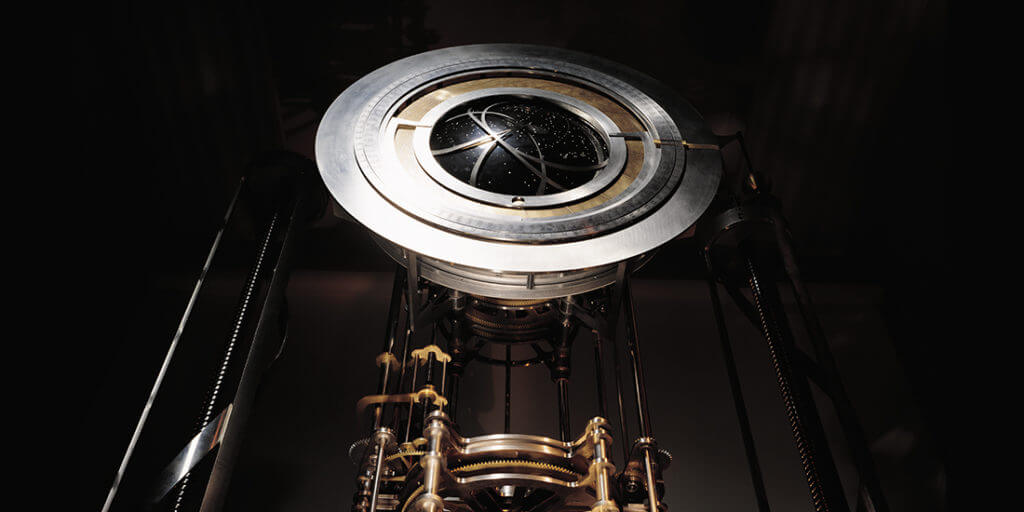 Humans are creatures of the present. Most weeks, concerns with professional and personal to-do lists and weekend plans dominate. Maybe a glance forward ponders how to pay kids’ college tuitions or fund retirements for a long, healthy life. But thinking beyond one’s lifetime is difficult, and envisioning 10,000 years into the future is even harder. Yet this is what scientists, engineers, designers, and thinkers have been doing for more than 20 years—designing and planning a mammoth 10,000-year clock that’s now under construction deep inside a mountain in west Texas.

Called the Clock of the Long Now, this nearly 200-foot-tall mechanical clock is designed to tick once a year for 10,000 years as a way to help the human race reframe how it thinks about time and its place in the lifecycle of the planet. The idea is to invest in something far bigger than a single lifetime and to show how to plan and build for longevity—an intriguing concept in this attention-scattered age.

The 10,000-year clock is the brainchild of Danny Hillis, a computer scientist and founder of the multidisciplinary firm Applied Invention and the nonprofit Long Now Foundation, cochaired by Hillis and Global Business Network’s Stewart Brand. Other notable partners include Jeff Bezos of Amazon, who has sponsored the project and on whose property the clock is being built.

Industrial designer Alexander Rose, now the Foundation’s executive director and project manager for the clock, was Long Now’s first employee back in 1997. Rose and his colleagues would write that year as 01997, using a five-digit format designed to expand the conventional conception of time.

“There are a number of strategies required to allow something to last for 10,000 years, and the only things that last for this timescale are underground,” Rose says. “We weren’t interested in building a tower but something a lot subtler that could be mistaken, that could be forgotten and refound. We didn’t want it to be a big target, either.”

Preparing for what the Long Now designers call the large “monument-scale” version of the clock involved modeling and building some prototypes, two of which are on public view: one at the Science Museum in London and one at The Interval, a San Francisco café and museum that’s home to the Long Now Foundation.

The team excavated a massive mountain cave in Texas’s Sierra Diablo range that is large enough both for the clock mechanism and to funnel people and equipment through it. The clock is being built in sections, Rose says, which must be lowered into the 500-foot-deep shaft and meticulously built from the ground up.

The designers relied on various software to ensure that pieces were modeled and machined to exact specifications, because virtually no manufacturing could take place on the actual site and the pieces would need to last for 10 millennia. Chief clock engineer Jascha Little says that Autodesk Inventor was the workhorse program of the project, but the team also used Autodesk Fusion 360, HSMWorks Cam, and PowerMill for more intricate aspects of the clock, such as surfaces and high-speed complex machining.

“Inventor has finite element analysis [FEA], which tests stresses to prove that the clock parts are strong enough, since some of the pieces are quite heavy,” Little says. “I would have to go to outside software before for those tests. It’s nice when everything is integrated in Inventor. It increases your ability to iterate, for sure. You just change tabs and run the FEA.”

Clock pieces are primarily made at the Applied Invention office in Los Angeles or the Machinists Inc. site in Seattle, tested in the Bay Area, transported to Texas, and then installed down the shaft as the clock is built from the bottom up, like a layer cake. The first pieces installed included the drive weight, winder, and main gearing.

Little says that although the site’s remoteness obviously poses some challenges, the length of its shaft can be advantageous, because when a heavy piece is lowered on a long line, the physics of pendulums are such that it can swing more freely and therefore be more easily positioned into place than if it had less range of motion.

The scariest part, Little says, is that the pieces have been tested and assembled off site but will only be integrated on site. “I’m pretty confident, though, that any fixes will be limited to small parts,” he says.

Once completed (this timepiece has no particular timeline, at least in terms of construction), people will have to hike to the site to experience the clock firsthand. Once there, they will be able to wind the clock (thermal energy will power the rest) and walk up above its highest point. Designers hope the experience will be edifying and engaging, even without signs or traditional “interpretation” to guide them—who knows what or how people will be reading in a few more millennia?

Rose says the clock’s “anniversary events” will happen on the year, decade, century, millennium, and tenth millennium. The clock bells will also occasionally play a melody in a different sequence each day the clock is fully wound, based on a certain algorithm, so that no melody will be repeated at any point in the 10,000-year period. (Avant-garde musician and Long Now Foundation board member Brian Eno used the algorithm to create a suite of evocative clock-inspired melodies, which can be sampled here.) A display at the top of the clock will feature an orrery, a mechanical model of the solar system.

“Certainly a lot of people’s reaction to this project is that we may not survive this kind of timescale,” Rose says. “But we’re a pretty tenacious species. People talk about climate change as apocalyptic. The discussion is not really about whether we are going to survive, but how are we going to survive. The point of the clock is to cause people to reflect on that. It’s about the present and about the future.”