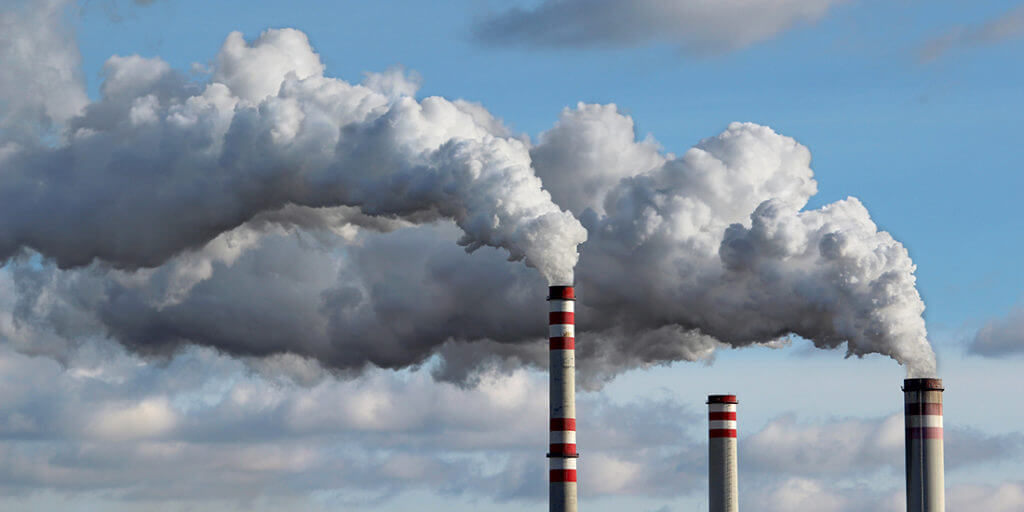 A coal-fired power plant outside Gillette, WY, is about the last place you’d expect to find convincing solutions for climate-change issues. But that’s where the brightest minds in the growing field of carbon utilization have demonstrated technologies to convert industrial CO2 emissions—capturing them and turning them into alternative fuels, enhanced concrete, carbon fiber, and other valuable materials, thereby reducing their accumulation in the atmosphere—as part of the NRG COSIA Carbon XPRIZE.

After launching in 2015, the five-year carbon competition narrowed to just 10 finalist teams competing for the $20 million prize. These teams have put forth diverse solutions to convert the most CO2, betting that their systems can significantly reduce the carbon footprint of CO2-producing power plants, using carbon dioxide and other chemical by-products to create marketable products.

In 2021, CarbonCure Technologies and CarbonBuilt were named the NRG COSIA Carbon XPRIZE winners.

CarbonBuilt Founder and CEO Gaurav N. Sant led the UCLA CarbonBuilt team, made up of the university’s researchers and energy professionals. “If you look at the power sector—coal, natural gas, petrochemical, concrete—all these facilities are very carbon intensive,” he says. “At the same time, these plants produce base materials to improve our quality of life. We’re not going to get away from these materials and facilities. What we can do, instead, is reduce the accumulation of CO2 emissions from these industries in the atmosphere by creating beneficial utilization pathways for CO2.”

The Intergovernmental Panel on Climate Change reports that to keep global temperatures within a livable range, carbon-emissions reductions are key to a broader carbon dioxide emissions-reduction strategy. Just switching to renewable energy doesn’t necessarily mean zero-carbon—and even as renewables are developed, emissions still need to be targeted. Electric power plants produced 32% of the energy-related carbon emissions in the United States in 2020.

“Some people are misguided,” says finalist Mohammed Imbabi, a lecturer at the University of Aberdeen’s School of Engineering and a member of the UK-based team Carbon Capture Machine (CCM). “There is a stampede toward renewable energy. It relies on nature to drive it, but the equipment is man-made and has a huge embodied carbon footprint. There’s a headlong rush into something that is still polluting the environment.”

One of the beneficial pathways for CO2 is cement, the ingredient critical to giving concrete its strength—and the industry that Sant’s team focused on. According to estimates from the International Energy Agency, cement production accounts for about 7% of the world’s 37.1 billion metric tons of global carbon emissions, second only to iron and steel manufacturing in the industrial sector.

The carbon-capture, utilization, and storage process is not a new idea, but it was prohibitively expensive before recent advances in materials science and chemical engineering uncovered new pathways for beneficial CO2 utilization. “When you think about carbon capture, the historical approach has been to secure pure CO2 in geologic formations or saline aquifers through pipelines that inject it into reservoirs in the ground,” Sant says. “That can cost $150 a ton. The economics are hard.”

But improved understanding of CO2 mineralization (the conversion of gaseous CO2 into solid material carbonates) is changing cost and emissions scenarios. CarbonBuilt’s method channels flue-gas streams directly from factory smokestacks into a convection-oven-like chamber that operates at ambient temperature and pressure. Dilute CO2 is used to form a cementation agent that contains up to 60% carbon by weight, without the need for what can be a prohibitively expensive carbon-capture step.

The concrete produced by such carbon-dioxide mineralization is “functionally and cost equivalent to traditionally produced concrete,” Sant says. And when evaluated on return-on-investment models that include carbon credits through programs such as California’s cap-and-trade program, the method is far more profitable than making traditional cement or concrete, even without carbon taxes or penalties.

If broadly scaled, Sant says, the technology could put a sizable dent in the nearly 3 billion tons of CO2 emissions created annually by cement production, eliminating as much as 1 billion metric tons of atmospheric CO2 per year.

Sant is not the only one bullish about the prospects of carbon capture, storage, and utilization. The United States Department of Energy has invested billions of dollars in the technology, including funding for several research and development initiatives. A federal tax credit adopted by Congress in 2018 boosts the amount of money companies can recover for sequestering or redirecting carbon emissions; the International Energy Agency projects it to trigger $1 billion of new investment within six years.

Meanwhile, start-ups in a crowded field are vying to differentiate their business models, attract public and private investment, and rapidly scale operations. One of the furthest along the curve is second winner CarbonCure, a Canadian company that partners with concrete producers at about 150 plants across the globe—including Thomas Concrete and Ozinga—to introduce recycled CO2 into existing production facilities.

Jennifer Wagner, CarbonCure’s executive vice president of corporate development, credits the company’s rapid growth to its value proposition. “Many of the solutions in the space only provide environmental benefits,” she says. “We provide environmental and economic benefits. Even if a company isn’t concerned about climate change, they’re all looking to save money.”

Backed by investment from the Bill Gates–led $1 billion Breakthrough Energy Ventures fund, concrete producers purchase CO2 in gas cylinders like those sold to soda producers. The CO2 is piped through a two-unit injection system that can be grafted onto existing concrete mixers and batch house equipment. The resulting product is an enhanced ultrastrong concrete that saves an average of 25 pounds of CO2 per cubic yard.

XPRIZE finalist CCM hopes to leverage captured carbon more broadly across industries. “One of the problems you’re dealing with is that you have to create a large enough sink to offset global CO2 emissions of 40 billion tons per year,” Imbabi says. “You can’t do that with cement alone.”

The $2.5 million machine CCM has been working on can convert CO2 into precipitate calcium carbonates for utilization in paper coatings, plastics, pharmaceuticals, food, toothpaste, and other products. By reacting dilute CO2 with magnesium brines from sources such as oil and gas plants, the technology can also create precipitated magnesium carbonate (PMC)—a lightweight, fireproof compound the company is developing for wallboard and insulation products.

As the range and ingenuity of these finalists and winners show, there’s more than enough room for many carbon-capture approaches moving forward—hopefully toward a true zero-carbon future.