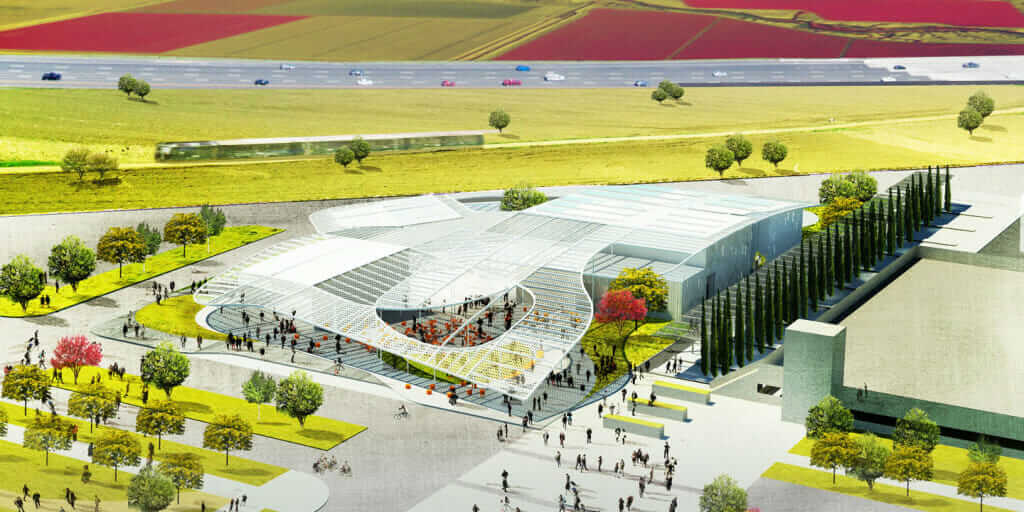 “I think the idea that structural designers have to produce special sets of 2D drawings for use by detailers and fabricators will eventually go away,” says David Bleiman, CEO and president of Rutherford + Chekene. “Any thoughtful person in the industry would agree. The question now becomes, how do we get there? And how soon can we get there?”

Contractors and owners are well aware that BIM has created new opportunities for collaboration and cost reduction. But it’s another thing to get them to change their working methods. That’s why structural and geotechnical design firms such as Rutherford + Chekene (R+C) are committed to showing builders and owners the long-term benefits of transforming how they deliver projects.

An obvious way to reap structural-design efficiencies from BIM is to pass 3D models directly to fabricators, more or less eliminating the need for 2D structural detailing. Making that change requires new workflows, new training, and evangelism—and who’s going to pay for that?

Bleiman is principal structural engineer on many of R+C’s major projects, and it’s fair to say that he’s thought carefully about the need for change. He gladly accepts the role of evangelist by collaborating with building owners, architects, general contractors, and steel fabricators on new applications in 3D design and methods of communication.

In practice, that means he talks about his concepts at industry events such as Autodesk University. He and his team at R+C are also implementing new workflows on some projects. “Sometimes we want to show our clients what the future will look like,” he says. “In some cases, they’re willing to pay for that, but it’s rare. I’m looking forward to the day when it doesn’t cost more. The convergence of design and detailing won’t fully arrive until the costs of new workflows are equal to or less than current costs.”

So why take financial risks to promote change? Bleiman says that if he and his team are shortsighted for the sake of the immediate bottom line, they’ll lose their competitive edge down the road: “What’s the difference between strategy and tactics? This is strategy—it’s where we want to be long term. If we are to be leaders, we have to take this seriously.”

As structural detailing and design converge, Bleiman points to rebar as low-hanging fruit. “The detailing of structural steel is still highly customized to each fabrication shop’s workflow, so it’s difficult for designers to be compatible. But rebar-detailing standards are surprisingly uniform across the board—there might be slight variations, but it’s easy to make adjustments.”

There has already been a great deal of progress in bringing together the design and detailing of rebar. In Europe, for example, it’s routine for structural designers to take 3D models to a much higher level of detail, models that can be passed directly to fabricators. “They put in the bolts!” Bleiman says. “We’re not there yet. It will take the training of a new crop of engineers, and we’ll have to learn how to manage liability for that level of detail, but it’s proof that the concept works.”

Bleiman applauds the building industry’s commitment to investing in structural-fabrication interoperability, as is the case with Autodesk Advance Steel and Autodesk Revit software. “Generally speaking, software is quite good now and can be used to model in sufficient detail,” he says. “We just need to develop the workflows that will help us do that.”

For example, Bleiman points out that structural rebar details could be integral in BIM concrete design to facilitate better and earlier analysis of, say, concrete-column capacities. That would be more efficient and automated, and it might also reduce the overall mass of structural elements in the final design. “Because of requirements for seismic performance, rebar is really complicated and dense in high-performance buildings, and laying out in 3D makes things fit better,” Bleiman says. “Since we’re motivated to do more detailed rebar modeling anyway, it makes sense for fabricators to also use that work.”

Bleiman doesn’t really see resistance to the idea of design and detailing convergence, and he doesn’t even feel that it’s something designers will have to impose on detailers. “There are already detailers who have adopted 3D modeling and have vaulted to a new level,” he says. “A long time ago, on a project where R+C was deliberately instituting new practices in Integrated Project Delivery (IPD), I visited the ductwork detailer’s shop. We’d provided 3D models for clash detection, and it turned out that they’d been using 3D for years, actually converting 2D drawings to 3D, for their own purposes. It wasn’t theoretical—their models went right to the machines making the ductwork. That was an eye opener. They were ahead of us in some ways, and we hadn’t even noticed it.”

Already, most of the structural steel and precast industry in Europe uses 3D-model data to drive fabrication processes, and this is starting to happen in steel-reinforcement fabrication as well. Still, it’s not all sunshine and a universal brotherhood of builders. In particular, there’s a disconnect between the plans that designers have been delivering and what builders want. But the solution is a double-edged sword.

“The big picture is, contractors have been complaining for years that drawings from designers are incomplete,” Bleiman says. “And they’re right, of course. What we provide now is more like a set of instructions. It costs money for them to figure it out, and it results in change orders. On the other hand, they make money from change orders. As our drawings become more complete and detailed, contractors and fabricators become more interchangeable, and their business models will be affected. It’s an example of being careful what you wish for!”