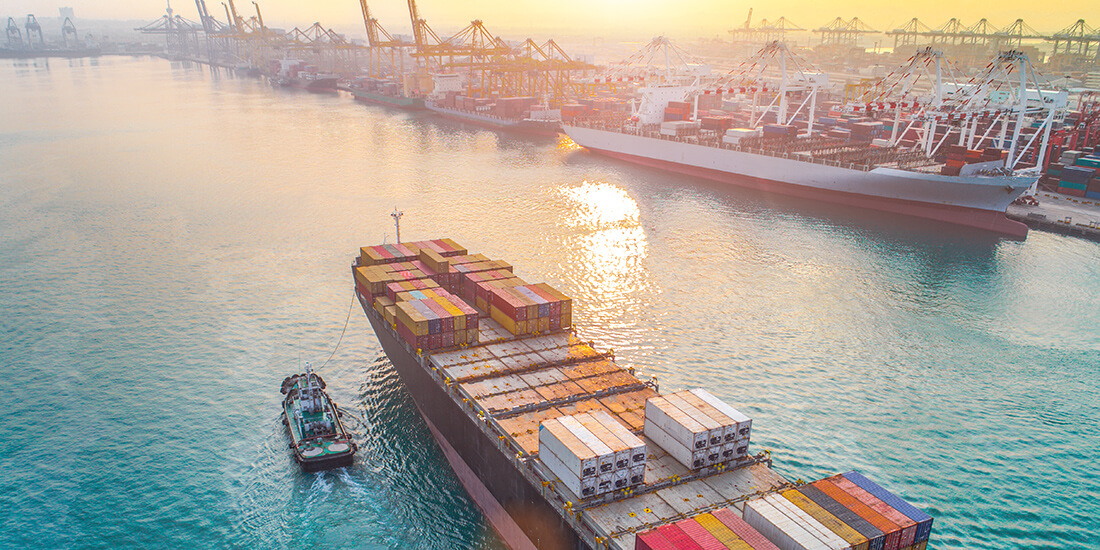 Wuhan, China, is now infamous as ground zero for COVID-19. But it is also an important manufacturing center for car parts and semiconductors—critical components used by many companies globally.

According to business-intelligence company Dun & Bradstreet, 51,000 companies have one or more direct suppliers in Wuhan, so the coronavirus pandemic beginning there has sent shockwaves throughout the global economy. The pandemic exposes the fragility of the world’s supply chain, which has relied on offshoring manufacturing to far-flung places to reduce costs. 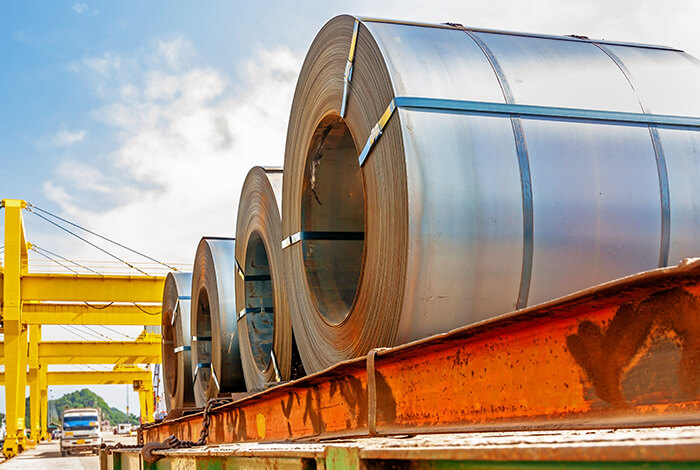 Parag Khanna is a leading global strategy adviser, thought leader, and best-selling author of Connectography and other books on the world’s economic future. He predicts that the coronavirus crisis will only accelerate trends that have already been unfolding—such as a move away from globalism toward regionalism and a diminishment of China’s role as the world’s main factory floor. “Most American trade is now with Mexico and Canada, not with China and Europe,” Khanna says. “Most European trade is within Europe. Most Asian trade is within Asia. China trades more with the tiny countries in Southeast Asia than it does with America. Few people realize that.”

The trend toward regionalism is no different in the construction industry. For example, the world has been buying most of its steel from China. According to Investopedia.com, in 2017, China produced 831 million metric tons of crude steel. By contrast, Japan produced only 104.7 tons; the United States produced 116 tons; India produced 101.4 tons; and Russia produced 71.3 tons. China and Japan are the top exporters of steel, and the United States and Germany lead imports because of their economies’ high consumption rates. 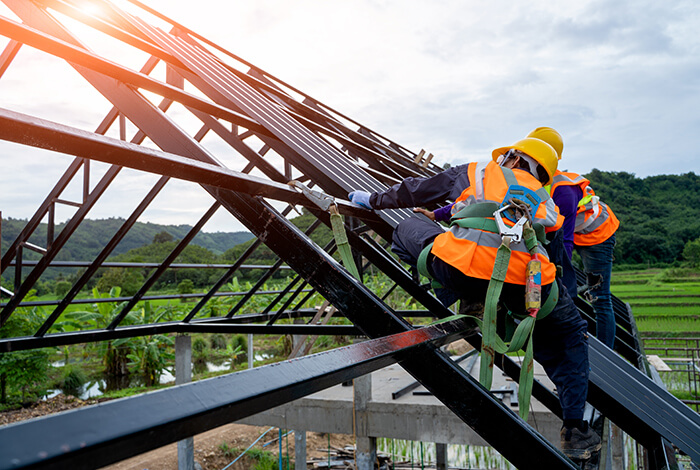 The United States relies on importing steel from China because Chinese steel has been so cheap. “The reason we have a global steel market is because we’ve had global deregulation of trade, and therefore it becomes cheaper to buy steel from China as from elsewhere,” Khanna says. “China has flooded the world with cheap steel.” But as trade shifts to their neighbors rather than with China, Khanna predicts that more countries will manufacture and trade steel locally, which bodes well for the environment.

“America makes steel also,” Khanna says. “Europe makes steel. Everyone has a steel industry. If you think about the pressures of climate change on regulation and every industry feeling a certain onus to green its supply chains, shipping steel around the world—essentially shipping it from a country that produces it in the most inefficient and toxic way possible, which is China—is not exactly green industry.”

But will American-made steel be more expensive and make construction projects cost-prohibitive? Khanna isn’t worried. “I think that we can actually be fairly optimistic about commodities prices largely,” he says. “Food is the only commodity where the price is going up right now. But the fact is that we can produce more steel in the US. Therefore, if you have more supply, the price comes down.”

Khanna predicts automation will help the United States get back into manufacturing more affordably. While the United States is behind many other countries (like China, Japan, Korea, and Canada) in terms of robotics, “the US can catch up extremely quickly in that area,” Khanna says. “There’s no barrier to entry. All the knowledge and technology is there. It’s just because we’ve been so globalized; it’s not been a priority. So the US can catch up in industrial robotics for manufacturing and for construction eventually. And I have no doubt that home builders will take advantage of that to save costs.” 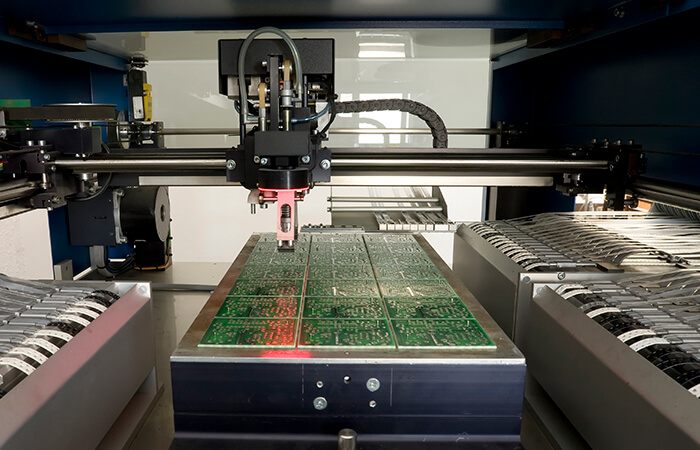 An answer to the shifting landscape in global trade has been to “make where you sell,” Khanna says. When the United States withdrew from the Trans-Pacific Partnership (TPP) agreement, it undercut the ability of American companies such as Apple and GM to sell to markets in Asia, which is integral to their success. To get around this obstacle, Apple has been setting up manufacturing plants in China, for example, so it can sell to China outside of the protections of the TPP.

“It’s feasible for Apple to make all of its iPhones at a factory in Texas; a Foxconn robotics factory in Texas can make every iPhone and iPad in the world,” Khanna says. “Why make them in China? The reason you make them in China still is because if you don’t make them in China, China won’t let you sell them in China. And if you’re not selling iPhones in China, then your share price goes down because China is a large percentage of your sales.” But he points out that the components used to construct buildings aren’t the same as semiconductors because “they are not sensitive areas where you fear that supply chains will break, or that there will be a shortage, or where there’s intellectual property theft involved.”

Climate change is the main reason Khanna believes supply chains in the construction industry will become more regional. He points to the surge in the popularity of using wood over concrete and steel in mid-rise and high-rise buildings. “America/North America, Russia, most countries with large construction industries also have an ample supply of wood,” he says. “Better use of existing resources with applying more innovation is a way to be more regional and be more sustainable at the same time.”

As the global supply chain becomes more precarious and is rearranged due to the pandemic, economies and trade regulations will also shift, leading to building components being manufactured more regionally. Khanna has argued that infrastructure is more telling—and important—than national borders. As a big fringe benefit of this upheaval, industry’s carbon footprint may go down. 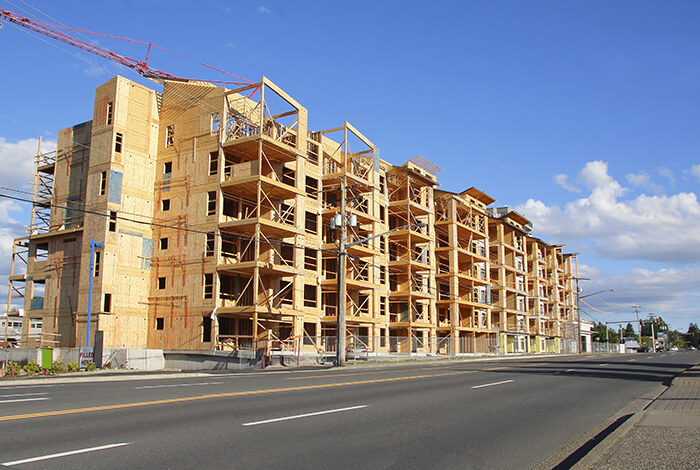 “There’s nothing in the world that can’t be made in North America,” Khanna says. He says that the United States has been offshoring manufacturing because it chose to, not because it had to. “As a region, North America is far more self-sufficient (and less trade dependent) than other regions due to its large combined population of nearly 500 million, abundant natural resources, massive financial wealth, and industrial and technological base,” he wrote in a recent article in Quartz. A return of manufacturing plants to the United States and its surrounding regions may be an unexpected, positive result of the global pandemic.

Understandably, people are looking forward to returning to the “normal” they previously knew. But Khanna warns that a return to the old economy is not possible. “Some jobs come back, some jobs get automated, some new industries are created, and so forth,” he says. “So you don’t return to the original state of the economy; it’s a new state, basically. And that’s a good thing, by and large.”