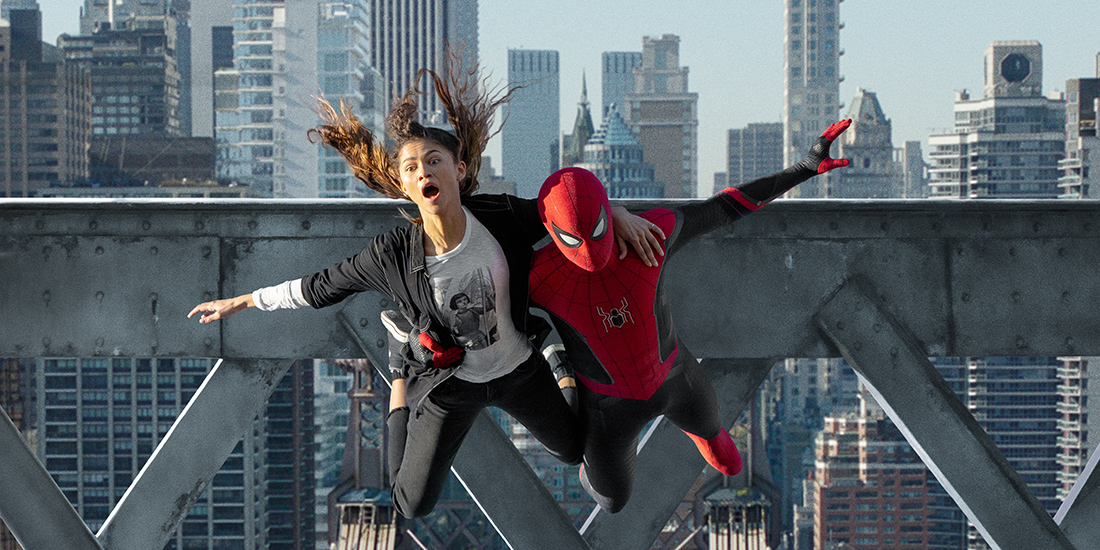 And yet, buildings and films have a lot in common, observes film industry veteran Hilmar Koch, director of Media & Entertainment Industry Futures at Autodesk Research. “At their core, these are both creative endeavors,” Koch says of the architecture, engineering, and construction (AEC) and media and entertainment (M&E) sectors. “You are creating something new—and not just for the sake of novelty, but with a sense of purpose.”

Imagine the dual examples of a net-zero-energy building and a movie about a natural disaster. Take, for example, the Unisphere—the largest net-zero-energy commercial building in the United States, located in Silver Springs, MD—and the 2021 Netflix film Don’t Look Up, a satire about a comet hurtling toward earth and the science deniers who ignore it. Although the two projects used different media, the building’s architect and the movie’s producer channeled their creative output toward addressing the same worthy cause: climate change.

What’s more, they likely did so using similar tools, processes, and workflows. “The complexity of the ‘engineered’ components of a game or movie is similar to that of a building,” Koch says. “In both cases, the requirements lead to a similar interaction of timelines, processes, and contracting.”

Similarities create synergies, and inherent in synergies are opportunities for sharing. By breaking down silos and passing data between them, the AEC and M&E industries can each realize game-changing gains in creativity, efficiency, and productivity. Common platforms offer the potential to bring these siloed data and processes together.

The exchange of assets across industries and between physical and digital worlds makes so much sense that Silicon Valley is investing significant resources into building a construct that will encourage and facilitate it: the metaverse.

“The metaverse is all about rebuilding functions of the real world in a virtual space,” Koch says. “If you’ve heard of cryptovoxels, for instance, you can now buy digital real estate and put a gaming salon there or a restaurant or a college. You can build things, and then you can derive value off of them. That creates new questions around intellectual-property rights, which the media and entertainment industry is working hard to resolve.”

If you own a building in the physical world, for example, you can rent it out and make money. If you own digital property, can you make money off of it in a similar fashion, by renting it out? That’s one of many questions that the AEC and M&E industries must resolve in order to facilitate the kind of industry convergence and data sharing that they could both greatly benefit from.

It’s similar to digital music: When you buy a 99-cent song from a digital music retailer, that gets divided among the record label, the artist, the producer, the songwriter, and even the drummer who plays on a track that’s sampled in the song—all of whom may receive a fraction of a cent from every sale.

But ownership tracking is just one challenge among many. Even more fundamental than that are open data standards.

“Open standards allow you to actually move assets seamlessly from one place to another,” says Mark Turner, program director of production technology at MovieLabs, a nonprofit joint venture through which major movie studios collaborate to advance technological innovation in Hollywood. “An open, voluntary standard would benefit both industries, and we need that not only for the data but also for the metadata that describes it. Because there’s no point having a 3D model that says, ‘Tree.’ I need to know the type of tree, the height of the tree, and how many leaves the tree has on it. In an asset-management system filled with millions and potentially billions of 3D objects in it, the ability to find what you’re looking for is arguably just as important as the asset itself.”

On both the front end and the back end, incorporating artificial intelligence (AI) into a common platform can build more robust data sets. With the help of machine learning, for example, AI could be trained to automatically tag 3D objects with metadata and to automatically find and populate 3D models with appropriate assets. “Our ambition is to tag everything in 3D databases through unsupervised learning,” Koch says.

“One of the things that’s really valuable from a world-building perspective is having a more efficient creative team,” Turner says. “Imagine you were creating an urban environment, like Los Angeles in 1985. Instead of directing your creative team to go out and figure out what assets to pull or to create them from scratch, you could use voice prompts and AI to automatically populate a background with cars and buildings from that era.”

It’s a compelling prospect—and a quite feasible one. “We have the technologies,” Turner says. “We just need a common language to define the assets and how to apply them in these specific use cases.”

MovieLabs is facilitating that conversation for the M&E sector. In 2021, for example, it published the Ontology for Media Creation (OMC)—a conceptual framework and set of defined terms that will enable people and software to communicate unambiguously with greater data interoperability.

“The first step is agreeing on a common language and some standards for interchange, which we have now done from at least the movie point of view,” Turner says, adding that other industries would benefit from similar efforts.

Vendors who work across industries can serve as a critical nexus between them by building platforms that transcend traditional data silos. Autodesk, for example, already has one: Forge, a cloud-based development platform that allows users—such as Disney, which leverages Forge in the design of its theme parks, rides, and animated films—to search, view, and share 3D models across disparate tools, applications, and workflows.

Because a company like Autodesk understands everybody’s requirements, its software can be the middle ground—that linkage between industries.

Although it’s easy to take the value of “linkage” for granted, consider what happened in 2007, when Apple introduced the iPhone, forging a new linkage between telecommunications, computing, and software.

“The Exhibit A of convergence is the smartphone, which has enabled all of these new things,” says Koch, whose favorite example is ride-sharing. “I was raised being told to never get into a stranger’s car. Now there’s a portable computer that tells us it’s okay to trust a person and get into their car. That’s a tectonic shift in the way people are raised and in the way we experience goods and services.”

It’s true that both films and buildings are creative and that their creators are often mission-driven. At the end of the day, however, AEC and M&E sectors are united by the fundamental fact that they are both businesses, with clients and stakeholders to answer to.

“Whether you’re designing a building or making a movie, you have a client who’s paying for the project, and you need to get their approval in order to move forward,” Turner says. “The most efficient way to do that is to give them a very clear idea of your vision early in the process.”

“Saving time and money—that’s what it all boils down to,” continues Turner, who says 3D technology creates efficiencies in both architecture and entertainment by making it possible to create, envision, and edit realistic environments in real time. “We no longer have to force a 3D world into a 2D interface,” he says. “Instead, everyone can put on a [virtual reality] VR headset and collaborate in a virtual environment around high-quality renders of whatever they’re building.”

There’s just one catch: Before you can build and revise a realistic 3D render, you have to build the myriad components that go into it—which, of course, takes more time and more money.

That’s where industry convergence adds value, according to Turner. “Take a movie like Spider-Man,” he says. “Spider-Man is basically New York, and New York is filled with skyscrapers. There is a team at Sony Pictures that has literally created a digital equivalent of New York with all those skyscrapers in it so they can render Spider-Man swinging between the buildings. And that was just for this one production.”

With the means to share digital assets through a common platform, that effort could be greatly reduced. “You can imagine a scenario where someone has just built a new building on Fifth Avenue, and the designs for that can be automatically placed into a movie like Spider-Man,” Turner says. “Even after the movie has been released, we could update the buildings and just re-render the movie so that Spider-Man is swinging through a modern-day version of New York instead of one that’s 10, 15, or 20 years old.”

Even if it’s not used on-screen, a digital twin of New York could help movie producers scout filming locations more efficiently. “It’s very expensive to fly people around the world to find a good place to shoot a movie,” Turner says. “You fly somewhere, arrive at a park or a building, and realize, ‘This isn’t going to work, because there’s a traffic light over here or a noisy road over there.’ With high-fidelity digital copies of the world, you could do that kind of scouting in a virtual environment.”

Architects could borrow digital assets from Hollywood in the same fashion. “When movie studios create something as complex as The Jungle Book, for example, they have to create everything in their jungle—the water, the rocks, the moss, and hundreds of different types of trees,” Turner says. “Once they create them for the movie, they largely put them aside and never use them again. That means there are thousands of unused 3D assets that would probably be really valuable to a landscape architect or a city planner.”

A fruitful integration between AEC and M&E could transform the way people experience buildings, cities, movies, and games. The outcome is hard to predict. But that’s what makes both architecture and entertainment exciting: You can’t tell from any single scene where a film is going, or from any one brick what a building will be. If the creator does her job, however, you’ll watch with bated breath until the final frame rolls or the final beam is placed.