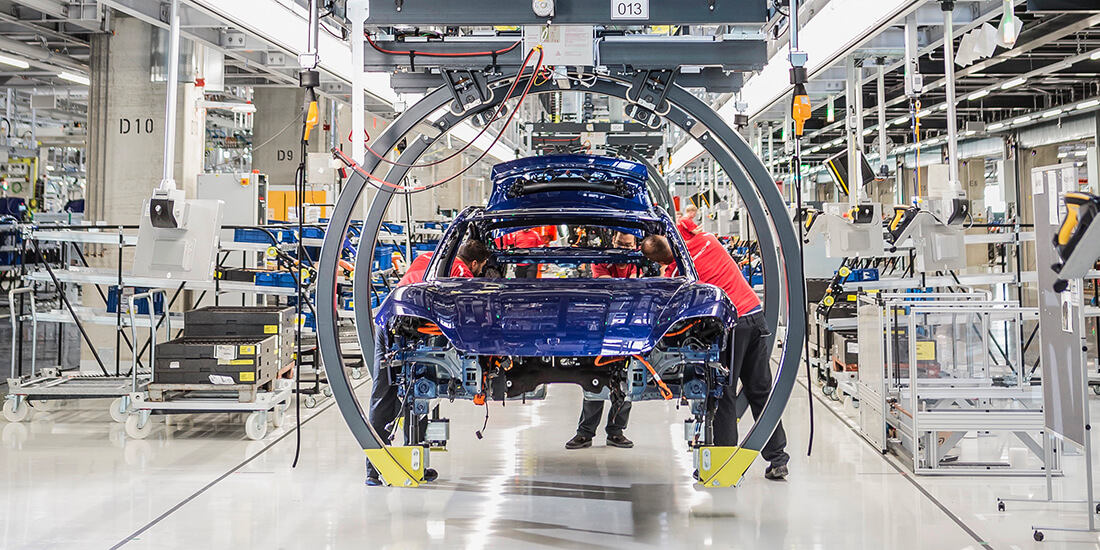 The challenges for planning the factory began with the site itself, which sits in a hilly urban area bordered by orchards. “These orchards are protected,” says Till Moczarski, Porsche’s project manager for digital planning. “They’re on a ridge that runs through Stuttgart where you can’t build higher than the hills themselves; otherwise, it disturbs the air flow in the basin.”

These natural construction constraints forced Moczarski and his planning team to be creative when planning the new assembly facility in Stuttgart’s Zuffenhausen district. The new installation needed to include three floors plus the basement, where all the building’s technology systems would be located.

“To keep to the cost and time schedule, we ended up raising the building as well as the ventilation, heating, electrical, and sprinkler systems, and even the systems for the actual vehicle assembly, in parallel,” Moczarski says, noting that the steelworkers were on-site the day after the heating plates were installed. “We had to address everything—where, what, when—in advance. It wouldn’t have been possible without digital safeguarding: Advance collision checking on a computer is a must.”

There is neither a garbage can nor robot in the factory that was not first approved on Moczarski’s screen. Every factory detail is in the Autodesk Navisworks integrated planning model, which Moczarski created long before the factory’s foundation stone was laid. He based his model on an Autodesk Revit scene, created by the architectural engineering company RSE, showing the building and its technology systems. 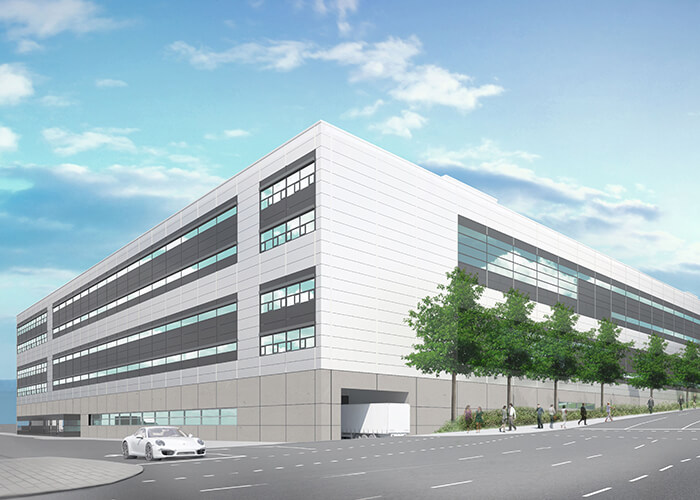 RSE used Revit to design the factory building, providing the basis for the detailed planning. Courtesy of RSE. 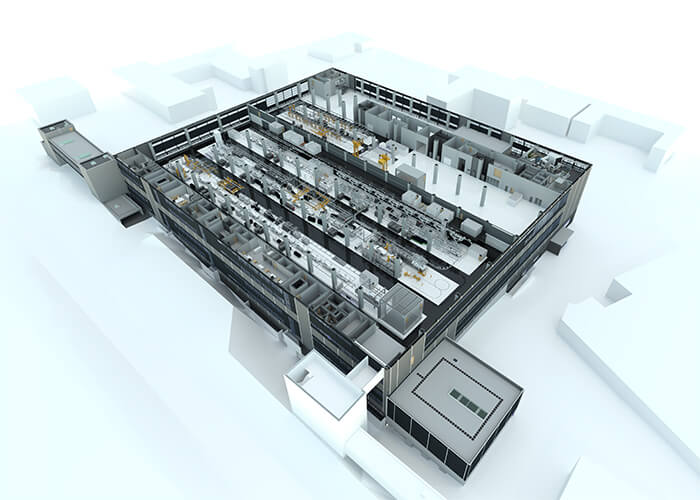 The Revit model comes to life: The integrated factory-planning model is exactly as it is in reality. Courtesy of Porsche AG. 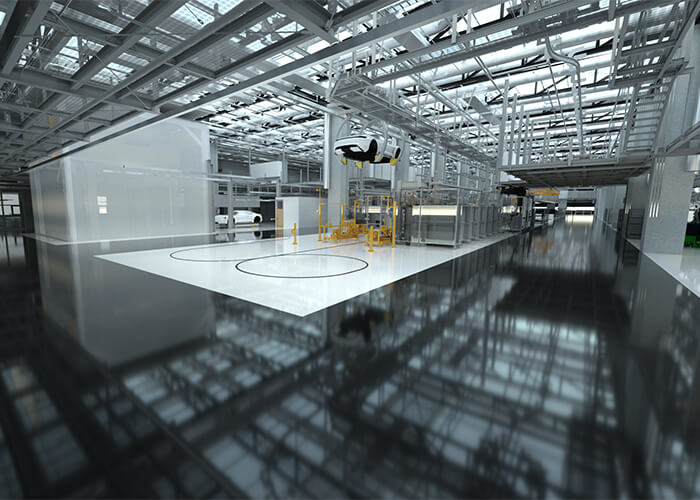 With this level of detail, collisions can be avoided before construction even begins. Courtesy of Porsche AG.

“In the model, all designers, planners, and suppliers speak the same language—it’s like a kind of symphony where people meet and everything comes together,” says Moczarski, who could essentially be described as the composer and conductor in one. And he appreciates the attention to detail, describing the coordination model as being “exactly as it is in reality.”

For example, suppliers provide designs for things such as handling devices in Autodesk Inventor, which must be a 100% match with the building in the model—made in Autodesk Revit and AutoCAD using BIM (Building Information Modeling)—that contractors use. To avoid collisions with the actual vehicle on the assembly line and the factory’s various machines, Moczarski creates even the smallest components in the model; details can always be removed if they aren’t needed, but adding them later is difficult. “Ninety percent of errors occur during planning and should therefore be eliminated at that stage,” he says.

Moczarski has worked consistently in 3D using Autodesk solutions since 1997. Back then, he transferred the ink drawings he received from designers into a 3D drawing on a computer. When asked whether he learned how to use the software at university, he winks and says, “They learned it from me.”

The new Taycan factory is the largest construction project since Porsche founded its headquarters in Stuttgart 70 years ago. It is a new “factory within a factory” and was constructed in just a few months. The floor of the assembly facility can support almost 615 pounds per square foot throughout, and the ceiling is more than 26 feet high. The pillars measure almost 4 feet wide, and the air is fully exchanged four times per hour throughout the entire building. 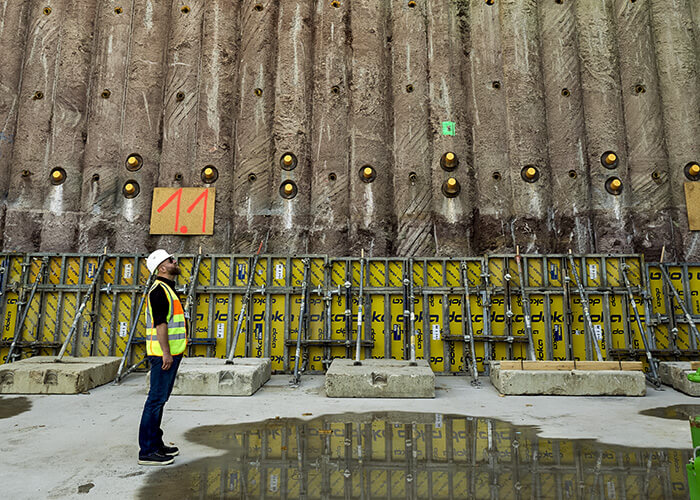 To find space in the middle of an established urban site, it was necessary to dig down and build up. The basement now houses all the building’s technology systems. Courtesy of Porsche AG. 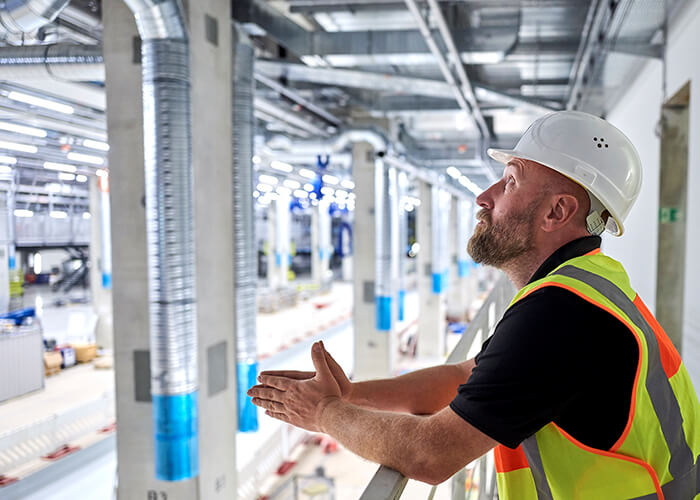 Till Moczarski is project manager for digital planning at the Taycan factory. Courtesy of Porsche AG. 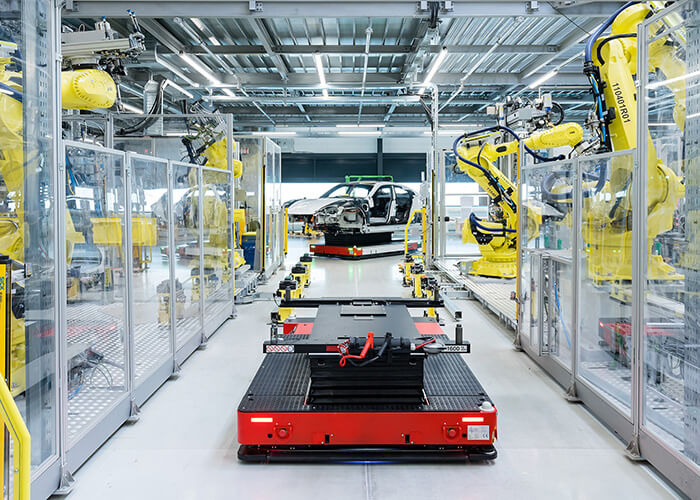 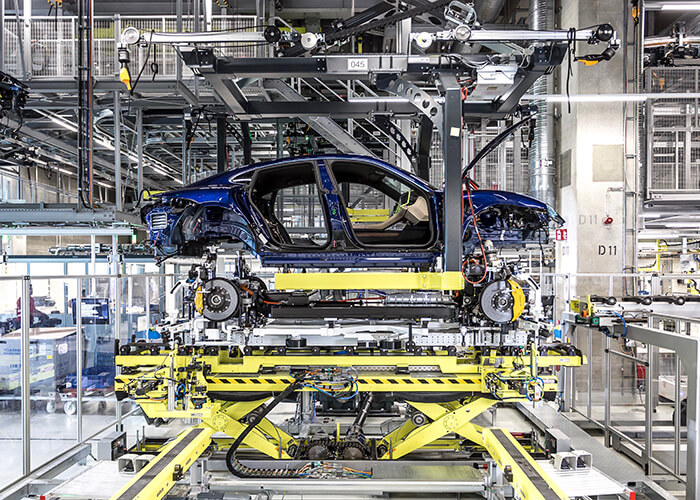 A superlative factory: The floor of the assembly facility supports almost 615 pounds per square foot throughout. Courtesy of Porsche AG. 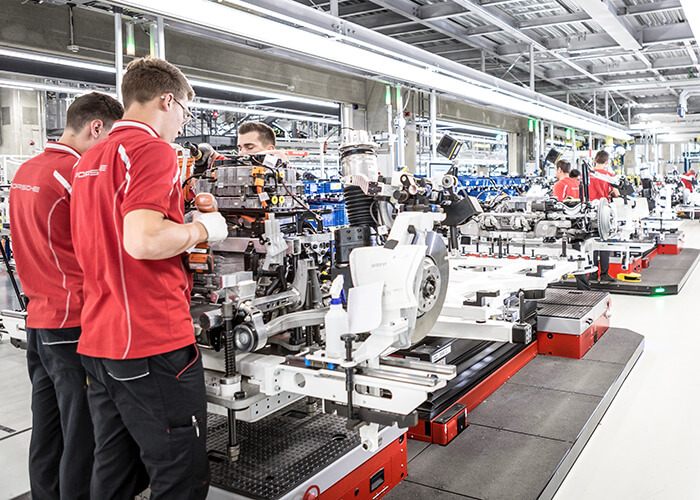 “I have 30 years’ experience in the automotive sector and have had the opportunity to master many things,” says Albrecht Reimold, Porsche’s director of production and logistics. “But integrating new technologies and new processes into a new factory at maximum output has been the greatest challenge I have faced.”

On the process side, the facility embraces Agile manufacturing methodologies. And the new technologies primarily refer to the driverless transport systems that move the cars within the factory and move tools and equipment from point A to point B. Traditional assembly lines do not exist in the Taycan factory. Production takes place on “flexi-lines,” which can be moved throughout the factory. They’re directed via QR codes on the floor and mirrors on pillars and walls, increasing flexibility for both the production and architecture of the facility.

This makes Porsche one of the first car manufacturers in the world to introduce series driverless transport systems in flow production, which saves money. “It’s a real step forward,” Moczarski says. The conveyor technology ensures the production flow is no longer rigid and can react to the requirements of the operating resources. Moczarski describes the interaction of driverless transport systems as a “dance hall.” The new processes are tested in virtual reality, simulated with Autodesk VRED. 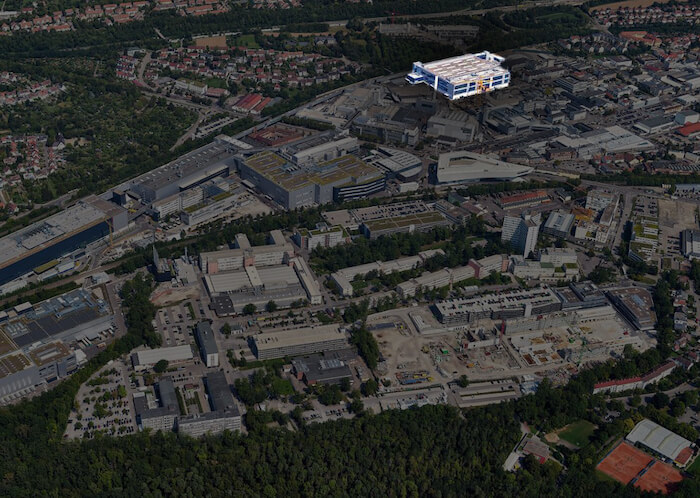 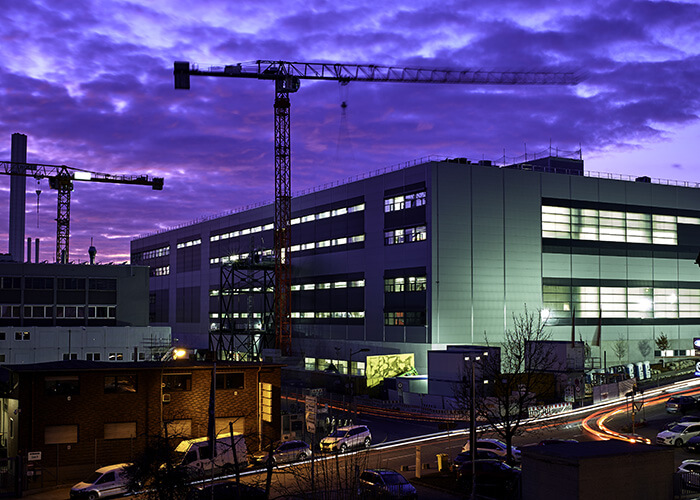 In September 2019, the factory was officially opened as a zero-impact factory. Guests from politics, business, and the media were present, including Andreas Scheuer, the German Minister of Transport and Digital Infrastructure. Courtesy of Porsche AG.

The factory is also a “zero-impact factory,” of which Porsche is particularly proud. And it’s not just the carbon-dioxide balance sheet—there is a holistic approach to environmental aspects that includes resource consumption, waste, and mobility for the entire site. The factory also has a green roof and is equipped with photovoltaic systems. The electrical energy comes from renewable sources, and the biogas-powered combined heat and power plants on-site supply the factory with heat and additional electricity.

Moczarski enjoys showing people around the factory. At the end of his tour, a robot transporting material stops and honks. Moczarski moves the tour group out of the way, and the robot moves on. The assembly hall carries on running—as planned. “Lots of people underestimate how forward-compatible the digital-coordination model is,” he says. “It’s not just the basis for planning; it will stay with us for the entire life of the building.”