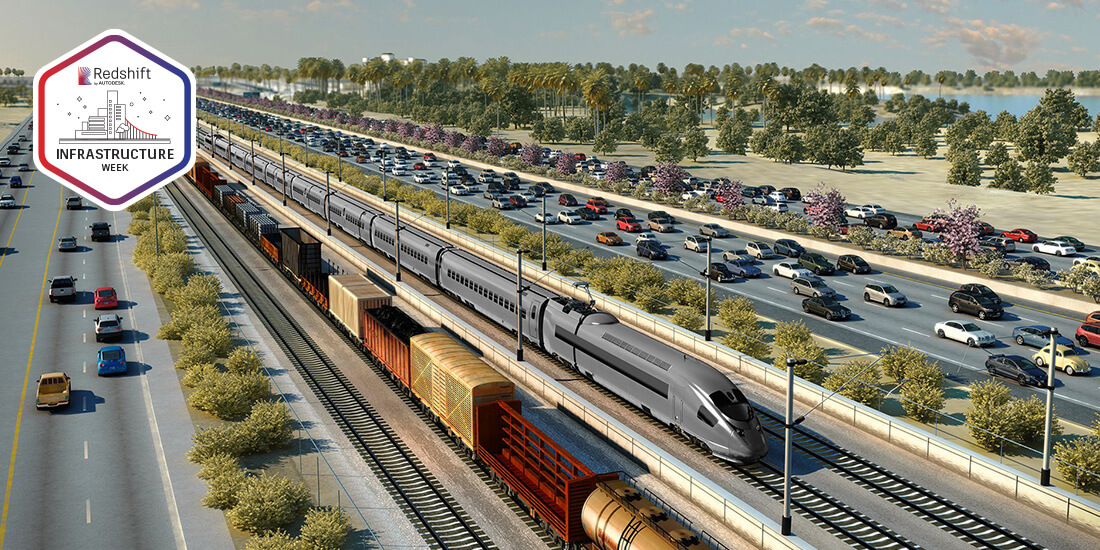 Consider the budget line items typical for infrastructure and transit construction: concrete, asphalt, rebar—and paper. Jesus Sandoval, construction liaison engineer at the New Mexico Department of Transportation (NMDOT), budgeted $9,000 per construction project for paper alone. “We used to bring pallets of plan sets to distribute to project offices, engineers, and contractors,” he says. “That’s a lot of money for just one project.”

This example illustrates how slow government digital transformation has been, but stereotypes don’t tell the whole story. NMDOT and other forward-looking transit agencies increasingly see digital efficiencies as a way to maximize public dollars and are transitioning to digital management of construction and maintenance projects.

These changes were accelerated by COVID-19, which pushed state DOTs past their wariness of remote working and its security protocols. “COVID-19 forced them out of their comfort zone,” says Priscilla Benavides, a technical support engineer at the NMDOT. “They were able to get everybody who could work from home set up and tied into the servers.” As a result, connected teams are designing and modeling in 3D with increased efficiency.

A handful of national DOT programs have encouraged the shift to digital, funding it at the state level. Every Day Counts, from the Federal Highway Administration (FHA), identifies new transportation processes at the state and local levels, disseminates them to other state transit agencies, and sets adoption goals. State Transportation Innovation Councils (STICs) implement transit innovations by convening local public agencies, state DOT leaders, industry, and academia. The program comes with up to $100,000 per year to standardize innovations in dedicated budget support.

1. Use Digital Tools for Team Collaboration

State DOTs typically work on dozens of projects at a time, with contractors, subcontractors, and adjacent municipalities spanning hundreds or thousands of square miles. Keeping everyone informed is a considerable logistical lift.

In New Mexico, projects are mostly in rural areas, Sandoval says. An inspector who has to go back to the office to do a daily work report can waste up to an hour driving each way. Using Autodesk Construction Cloud’s PlanGrid—an AutoCAD and Revit-integrated project-management app used for permissions management, markup tools, and to resolve RFIs—inspectors reduce their office time, spending more time in the field instead.

“We want them to spend more time on their jobsites,” says Dakota Clifford, a civil engineer with the Virginia Department of Transportation (VDOT). “We want our engineers to engineer, and we want our inspectors to inspect. That’s our end goal with this program: to minimize that administrative burden on our users.” The VDOT’s document-management systems connect contractors to the state for review, simplifying workflow processes through cloud computing.

2. Meet Technology Where It’s At

When adopting new technology platforms, Clifford urges DOTs to cater their needs to existing technologies instead of developing custom products to be built from scratch or added to older, outdated platforms.

“When we look at technology, we make sure we’re changing the process and using off-the-shelf software as much as possible,” Clifford says. Instead of building archaic, customized software around its processes, NMDOT meets the technology where it’s at, using solutions that were built for the purpose. This approach results in a better-supported product that pushes staff toward the industry standard. “We try to adapt to their process instead of customizing the software to the point it no longer functions correctly,” he says.

3. Use Digital Tools for Data Fidelity

Engineers and architects are increasingly comfortable with digital design, which, unfortunately, does not extend to the construction phase. This disconnect can compromise fidelity from the digital model to the built work, which leads to lost time and money.

“You have the design with all the intelligence, all the data of what we’re building, and then we don’t use it anymore because we don’t connect construction,” says Andrew Pangallo, a major projects construction manager with the Indiana Department of Transportation (INDOT). “We don’t have the platform to connect it. We hand it over, and there’s instantly a drop-off in intelligence and data. The human factor, inevitably, leaves some room for error.”

Communication is key to data fidelity, offering transparent views into workflow for the entire team. “You have to find ways to reduce the traditional means of communication,” Pangallo says. “When you see these email attachments flying around, it’s not always clear if it’s the most up-to-date version. It cuts down that uncertainty and the room for error.”

Step one is field-testing the new technology. Clifford says in the initial stages, VDOT tests users with varying levels of tech savvy to make sure it works for everyone. The next step develops best practices and expertise among users, both within and outside the central administration. Once DOTs understand what works, they can set standards for wider use. “If it’s coming from me in the central office, it only carries so much water,” he says. “Whereas if it’s coming from our field users actually out inspecting the projects, that carries a lot more weight.”

The third step is assessing value, which includes a formal ROI analysis and metrics such as user-experience surveys. “Something that we like to push is: three or four clicks to any given piece of information within a system,” Clifford says. “If it takes 1,000 pages of a training manual to learn how to use something, you’ve already lost the battle.” The final step scales up tools statewide, with detailed rollout schedules and training procedures. “We’re not just saying, ‘Hey, here’s the tool. We think it’s nice. You guys give it a shot, and hopefully it works,’” he says. “We’re really trying to set everyone up for success.”

VDOT deployed its pilot program for tablet-based inspections in 50 projects; these early evaluations made an easy case for wider adoption. The digital tools saved nearly four hours per week, letting inspectors spend those four hours on-site. These efficiencies have generated a conservative estimated ROI of 584%, according to Clifford.

In another successful pilot project, NMDOT used PlanGrid and a fleet of Apple iPads to add roadway improvements, required by the Americans with Disabilities Act, in Artesia, NM. NMDOT finished 15 days early and saved $20,000, spending just $11,000 on upfront license and hardware costs.

“If we implement this statewide, the savings can add up to $75,000 per year per project office,” Sandoval says. “If you roll this out to our 200-plus inspectors, we’re looking at a nearly $4 million saved over the next few years.”

The pilot process can also help agencies ease fears about technology adoption. “Technology doesn’t replace people,” Clifford says. “It supports them, and it helps them do their jobs better. I don’t need technicians who can fill in cells on a spreadsheet, I need inspectors who can tell me what’s being done correctly and what isn’t on a construction site. The idea is that you have minimized that administrative burden on people and allowed them to do their jobs more effectively.”

This article has been updated. It was originally published in May 2021.