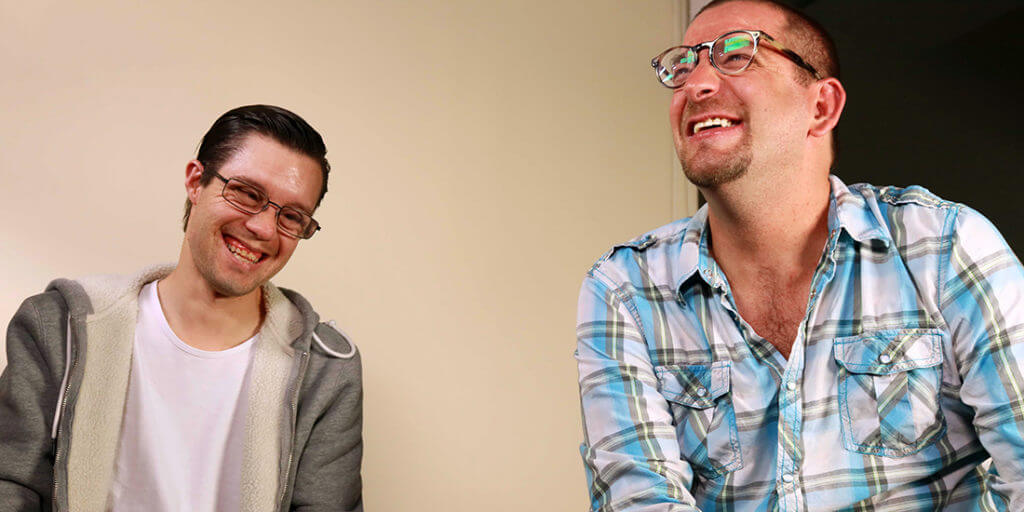 The World Health Organization (WHO) and the World Bank report that 4.6% of the population in underdeveloped countries live with an intellectual disability, while the rate in developed countries is between 0.5% and 2.5%. In Mexico, the percentage ranges from 2.8% to 3.5%, or around three million people.

This is the untapped workforce the Inclúyeme Foundation targets, offering training and raising awareness among potential hiring companies. The nonprofit was established in Mexico in 2008 to educate and provide care for low-income children and adults with intellectual disabilities and autism spectrum disorders (ASD). Since 2012, its Workplace Inclusion Program has provided employment for 145 people with disabilities at 43 companies.

“We have to break through the fears, barriers, and stereotypes to change how we view disability,” says Sherezada Martínez, a program coordinator at the Inclúyeme Foundation.

In Latin America, a growing number of companies support inclusion programs, as increasing diversity within teams improves work culture and productivity and leads to better and more creative results. “It gives me great satisfaction to see how a whole world of possibilities has opened up for people who have been told all their lives that they were always going to depend on their families,” Martínez says.

According to ECLAC (Economic Commission for Latin America and the Caribbean, funded by the United Nations), people with disabilities face enormous barriers to social and workplace inclusion. An article published by the Inter-American Development Bank argues that the goal of placing persons with disabilities in jobs “is not to ‘help’ them, but rather to adopt a perspective of innovation and productivity that allows us to value their contributions.”

Inclúyeme anticipates common questions that potential companies or coworkers, unfamiliar with the experiences of people with disabilities, may ask: “What should I do; do I speak to him or not?”, “Is he going to understand me?”, or “What will happen if he has a problem here?” “We provide them with information so that from the first day they know how to approach their new colleague,” Martínez says. “Hiring a person with a disability is just one step in the inclusion process.”

Take Veronica, 43, who works as an assistant in human resources. First, a job description was adapted to tasks she was able to perform and a process for promoting sensitivity was introduced to her working environment. A facilitator was assigned to the company for her first month of employment, attending up to four times a week. Veronica’s progress and training requirements were assessed monthly.

“People don’t have to hold their positions permanently; the company should give them the possibility to be promoted and to participate in social events so that they can broaden their horizons in a variety of ways,” Martínez says. “Not only can it change their lives but also those of the entire group.”

Last April, the Inclúyeme Foundation began training people to use computer-aided design (CAD) programs. “If they have an intellectual disability, it is difficult to get a degree, which immediately presents an obstacle to finding a job,” Martínez says. “That’s why we sought support from Autodesk, which provided training grants to give these people better job opportunities.”

Eighteen applicants between the ages of 16 and 29 with basic computer skills were selected for the program. To integrate these new students within a more typical learning environment, the first module was opened at Darco in Mexico City, a training institute for architects, designers, and engineers. Eleven people (seven with intellectual disabilities, two with hearing impairments, and two with limited limb mobility) attended a five-day course in Autodesk 3ds Max. Autodesk provided a sign-language interpreter for deaf participants, and the foundation sent two facilitators (psychologists familiar with the students) to aid the participants with intellectual disabilities.

Apart from these accommodations, the content was the same as in regular courses. The course was taught by José Juan González, who holds a bachelor’s degree in computer network engineering and has 10 years of work experience. “I was afraid I wouldn’t know how to handle myself, but I received help from my wife, Liliana, who is a teacher and works with children with disabilities,” he says.

For González, the course was rewarding, and he is eager to continue training other candidates. “My students learned how to use the software, and I learned a lot about self-improvement and effort,” he says.

In the class, one student correctly answered a question about an image containing an error in the shadows that was difficult to find. That student had previously communicated only through facilitators or peers. “He was the only one who found it, and he explained his answer using the words he learned in the course,” González says. “Although I had the impression he was not listening to me, he certainly had understood everything. In fact, many architects and engineers have answered the same question incorrectly.”

Other students—such as 22-year-old Enrique Barrios Betancourt, who has an intellectual disability—learned to create 3D objects and make animation videos. “It was wonderful because it allowed me to create things that I had in my mind,” Betancourt says.

Earning diplomas gave participants a great sense of self-determination and raised their self-esteem. “It’s often hard for them to clearly see how they’ve progressed,” Martínez says, adding that the positive impact can also be felt by parents and family members.

“If you can actually train someone and they can rely on a job, it results in family income,” Martínez says. “Not only are you improving their quality of life, but that of their whole family. And then something that seems small starts to transform lives.

“It’s a breakthrough for society as a whole,” she continues. “As it becomes clear that persons with disabilities are capable of joining the workforce, more and more companies are opening their doors. It has a snowball effect—these opportunities are continuing to grow and are reaching an increasing number of people.”