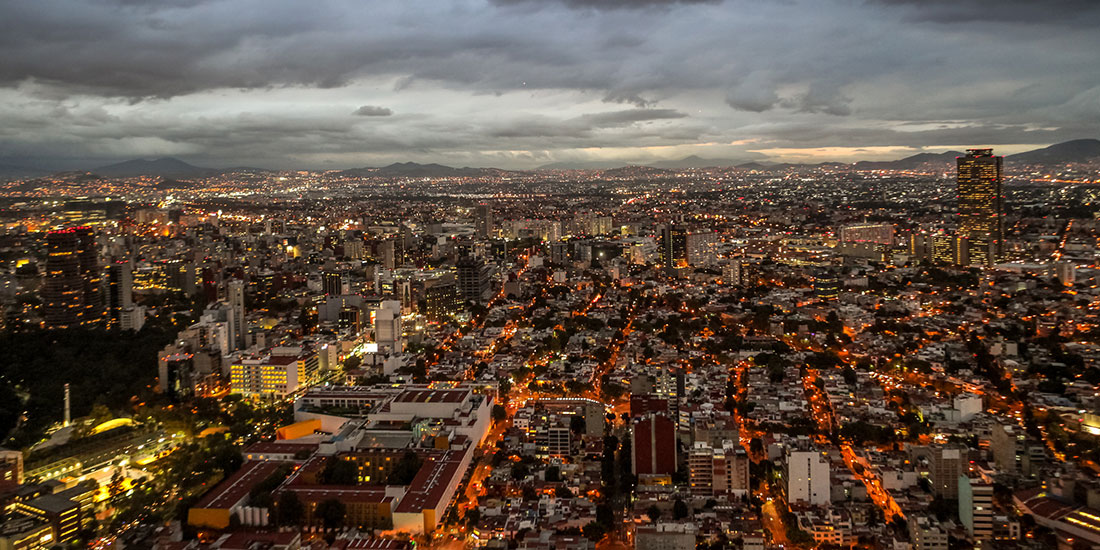 Mexico City has been rebuilt many times throughout its history. Originally called Tenochtitlán and founded on a lake bed, the city was reconstructed after the Spanish destroyed it in 1521. As part of New Spain, it was rebuilt again after 40 hours of rain led to flooding in 1629. More recently, on September 19, 1985, an 8.0-magnitude earthquake struck Mexico City, killing 20,000 people and seriously damaging infrastructure.

It took some time, but the chilangos, as residents of Mexico City are known, rebuilt the city. In a terrible coincidence, another earthquake shook this metropolis of more than 20 million people 32 years later—to the day. The 7.1-magnitude quake on September 19, 2017, killed 228 people and damaged 1,104 buildings. (Fifteen buildings collapsed, 180 partially collapsed, and eight were left at risk of collapse.)

In the days following the earthquake, authorities announced a housing reconstruction plan. But due to approaching elections and changing government, they did not achieve their expected results. The new administration, which took office in December 2018, published a new, ambitious plan.

One of the buildings included in that plan is the apartment complex at Calle Pacifico 223. Located in Coyoacán, one of Mexico City’s oldest neighborhoods, the building did not collapse in the earthquake but suffered such serious damage that 40 families were left homeless.

Hope returned to the families of Calle Pacifico 223 on May 5, 2019, when builders laid the first stone for the new building, which will be on the same site and serves as a model of coordination among residents, authorities, and the companies responsible for the project.

The original apartment building was six stories, housed 40 apartments, and measured 48,018 square feet. The current proposal, which followed the call for proposals organized by Pacifico 223 residents, will be eight stories and 54 apartments divided into two towers connected by a shared courtyard. The 14 new units will be sold to recoup the labor costs and to shield the apartment buildings from economic risk. Pacifico 223’s original surface area of 64,551 square feet will be 35% larger, a total of 79,438 square feet, including parking. Other additions include a retail space and a multipurpose room.

Time was of the essence—there were only a couple of months open to submit the proposals. “Another challenge was working on a triangular site with only 52 feet of frontage,” Tomás says. “This made it hard to complete the project with our regular speed and ease.”

Building standards had also changed. “There are now strict regulations specifying such things as large, naturally ventilated courtyards and good lighting conditions,” Tomás says. “Re-creating the previous buildings wasn’t an option, because there were issues such as bedrooms with windows facing blank brick walls.”

Although the limited budget doesn’t allow for experimentation with materials or techniques, the new building will be built in accordance with today’s highest standards. The new Pacific 223 has a deep foundation reinforced by 5-foot-diameter pillars that reach down 65 feet into bedrock to ensure the structure’s integrity. The building will also have rainwater-harvesting and gray water–recycling systems, as well as other features to make it more sustainable.

Technology was vital to these building achievements, helping project teams communicate better and reduce costs. For a general model of the building, Autodesk Revit was used to create a 3D digital representation of all facilities, down to the very last rivet, while also quantifying all materials.

Autodesk Navisworks and BIM 360 were used to coordinate the project teams, helping avoid snags and minimize problems in construction. These solutions help the different teams stay up to date on progress and make decisions more quickly. Using these tools reduced wait times by at least 50%–60%.

“This is substantial because, traditionally, you work in a linear manner, not in parallel,” says Oscar Sanginés, a coordinator at COOP Arquitectos. “In other words, you draw up the blueprints, then you build the structure, then come the installations such as electricity, water, and gas.” But problems arise if any of these need to be changed. “Then you have to start all over,” he says.

BIM (Building Information Modeling) enables the creation of a complete comprehensive design with fewer errors and omissions. “It also helps you automatically quantify and update the materials and costs for each change in the project,” Tomás says. “In the case of Pacifico 223, the time saved was estimated at 20%.”

The people who benefited most from this technology were the residents, who had a better understanding of the design intention, which improved their decision making. “The 3D models allowed us to approve the proposed plans with the residents in a shortened time frame,” Sanginés says. Residents could visualize bedroom dimensions, bathroom locations, kitchen features, window openings, and facade proposals. “Thanks to this, Pacifico 223 is five months further along schedule than a similar project in the post-earthquake housing reconstruction program,” he says.

The technological solutions implemented were selected by Protoforma, an architectural, engineering, and design firm specializing in highly complex project solutions. “Not only do we surpass current quality standards, we also have a duty to the end users, who happen to be the residents,” says César Ruiz, CEO of Protoforma. Ruiz emphasizes that COOP Arquitectos did an excellent job collecting data, learning the needs of the families and continuously following up with them, which is evident in the results.

The project withstood the change in government and continues to move forward under the strict oversight of current authorities. Construction is scheduled to finish in 2020, and residents are expected to receive their keys in September. In doing so, they will not only commemorate the three-year anniversary of the terrible coincidence of September 19 but also demonstrate Mexico City’s ability to rebuild once again.