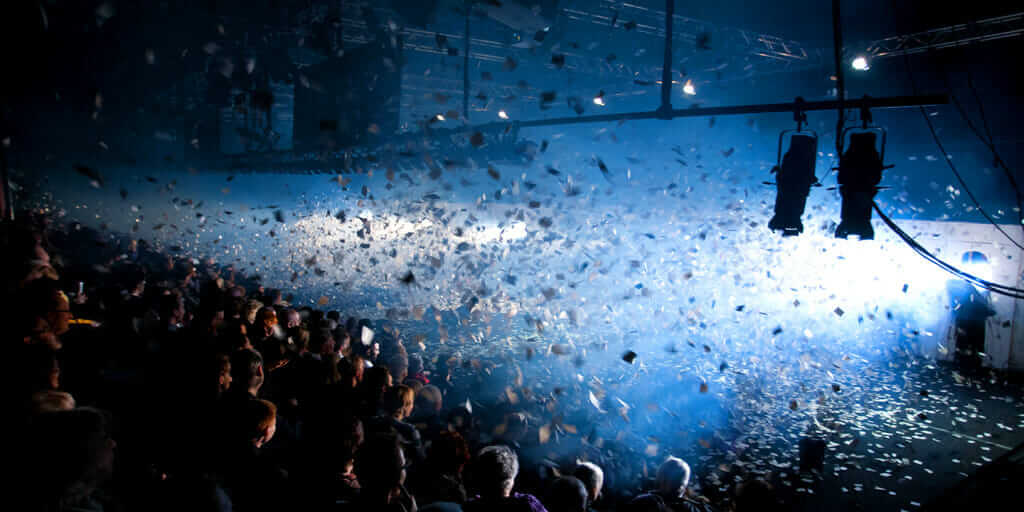 For a ruined Civil War–era warehouse in Brooklyn, there may have been no better organization than an avant-garde theater group to think creatively about its future.

Situated in the shadow of the Brooklyn Bridge in the popular Dumbo neighborhood, the 1860 tobacco warehouse was crumbling and forgotten when St. Ann’s, a 36-year-old theater company that began life in another Brooklyn church, sought to renovate the building for its first permanent home. Attaining energy efficiency in historic buildings is not just possible—it can be the most sustainable and aesthetic choice.

The main performance area can accommodate between 300 and 700 audience members, depending on the configuration, which allows for a range of productions that has included an all-female staging of Shakespeare’s Henry IV and a production of A Streetcar Named Desire starring Gillian Anderson (X-Files).

Yet the renovation was a long time coming and by no means assured. In addition to getting all the necessary approvals to refurbish the building, including a sign-off from the New York City Landmarks Preservation Commission, the primary design problem involved creating a flexible, comfortable, and energy-efficient space for performers and audience members. This had to be done without sacrificing the building’s most historic and architecturally significant elements, namely its 24-foot brick perimeter walls and arched windows and door openings, which had warranted the building’s inclusion on the National Register of Historic Places.

“One of the first things we agreed upon was preserving that brick shell,” says Zachary Griffin, a Marvel associate who served as the project architect for St. Ann’s. “We decided that those walls would remain untouched and exposed on the inside of the building as well as the outside. In addition, to really function as a performance center, St. Ann’s needed about seven more feet in height. It was always assumed that we would do something above the existing walls.”

Essentially, the designers created a building within the building—a steel, glass, and plywood structure that preserves the historic walls. The new roof was built upward and set back from the original frame, with a clerestory made of glass bricks. It’s a modern twist on historic building materials. This element put a permanent roof on the structure for the first time in decades; previous roofs had caved in and left the building open to the elements.

“The clerestory was an opportunity to let in natural daylight,” Griffin says of the unusual-but-welcome concept for theater people used to working in dark backstage spaces. “It’s solid glass, so it works very well acoustically, and there’s some R-value associated with it. We have blackout shades for when performances are going on.”

From the outset, the company and the designers wanted a sustainable and energy-efficient space, going for LEED Silver certification with a goal of a 20% energy reduction over a comparable building. At the same time, theaters have different heating and cooling needs than, say, offices. Keeping such a large open space comfortable was a challenge.

“As a performance venue, the acoustics and volume are very important,” Griffin says. “We chose to use a fin-tube radiant perimeter heating system in conjunction with a forced-air system to improve efficiency and reduce noise.” Ductwork for the cooling system runs overhead, dropping cool air down from above; the design team kept it exposed, along with a series of catwalks, which honors the historic industrial nature of the space.

Building in climate-change resiliency and protecting against flooding were also important—especially given that the project began just weeks after Hurricane Sandy had devastated many waterfront areas in the Northeast. The team moved certain essential electrical and mechanical equipment to the mezzanine and roof levels to help reduce the impact of potential flooding. Other sustainable elements included an insulated roof, triple-glazed windows, energy-recovery ventilation, and occupancy sensors, which reduced unnecessary energy use and reliance on electrical systems.

To envision the new design, the team used a combination of software, including Autodesk AutoCAD, but that came after quite a bit of hand drawing. “A lot of theater clients are wary of high-tech visualizations; they are craftsmen who create productions step-by-step, often by hand,” says Gavin Green, founding partner of Charcoalblue. “To them, computer renderings look finished—even though they’re far from that. So we don’t emphasize that too much in the early stages. We promote physical models and sketching to engage the client team and encourage them to participate in the design process, but that takes you only to a point. Then we complement that work with three-dimensional modeling to help clients understand how rooms will feel.”

Just as St. Ann’s (the company) has been pushing the boundaries of theater, its building is now pushing the boundaries of historic preservation and adaptive reuse to include sustainable design, energy efficiency, and resiliency. The design has already won several awards, including recognition from the AIA New York chapter, the Municipal Art Society of New York (which awarded the project Best Adaptive Reuse), and the Urban Land Institute’s New York chapter.

Making the choice between tearing down a building and resurrecting it is a big one, but a historical structure should be able to make the case for itself. “Because it was so powerful in its architectural language, there was a lot of respect for the structure and the complexities in this historic building,” Green says. “Those fantastic brick walls established the character for the rest of the project.”