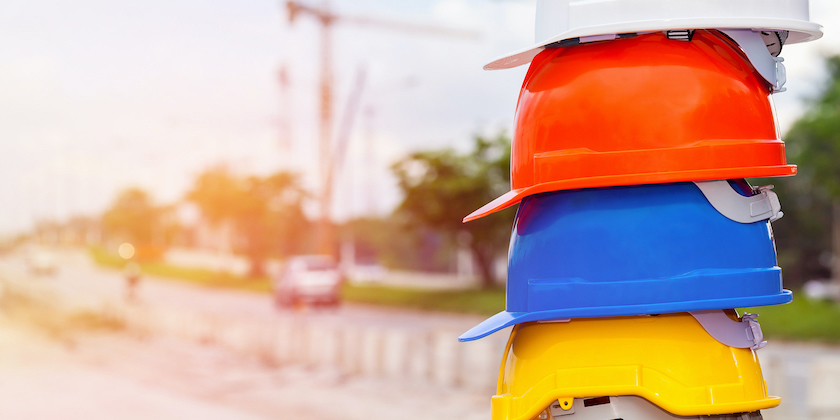 Again and again, research has shown that diversity is good for business. According to a recent McKinsey report, companies that focus most on racial and ethnic diversity outperform those that don’t by 36%. And companies with gender diversity on the executive team were 25% more likely to experience above-average profitability.

Diversity encompasses far more than ethnicity or gender, though: It’s about having a greater variety of opinions and perspectives on a team, which reduces all sorts of weaknesses. This has been reported to lead to a 60% improvement in decision-making along with increased creativity and innovation, and even faster problem-solving.

Yet in the architecture, engineering, and construction (AEC) and design and manufacturing (D&M) industries, progress on inclusivity has been slow. In construction, for example, a survey from the US Bureau of Labor Statistics found that Black Americans comprise just 6% of the country’s construction workforce and that only 9.9% of construction professionals are women. (The figure is higher, but still hugely imbalanced, at 14%  in Europe).

Meanwhile in engineering, studies by the Society of Women Engineers have shown that only 13% of engineers are women (that figure is as low as 2% for women of color) and that female engineers still earn 10% less than their male counterparts. Just 19% of engineers are underrepresented minorities, and only 20% of engineers are disabled.

AEC and D&M business leaders who go beyond the rhetoric and take effective action to bridge these gaps will send a powerful message—as well as benefit from the results. As disruptions caused by new technologies and remote working continue to evolve the workplace, here are five strategies industry leaders can take to effect change and promote diversity among age groups, cultures, ethnicities, sexual orientations, class backgrounds, and beyond.

1. Familiarize yourself with employee circumstances—and normalize different ways of working

Virtual work can come with huge benefits for organizations looking to onboard a more diverse, distributed workforce. Simply switching from local to global hiring practices, however, is not enough. Business leaders also need to review the circumstances of all talent to ensure workplace culture is not only diverse but also inclusive to all. Part of this can be as simple as implementing a no-camera day to avoid Zoom fatigue.

“We need to use common sense to think about where everyone is,” says Randy Howder, principal and managing director at Gensler. “We have a couple of employees who won’t turn on their cameras because they’re embarrassed about their backgrounds. One younger employee who has a lot of roommates was famously taking his Zoom calls from the bathroom because it was the only place in the house where he could have privacy.”

“And it’s not just young employees,” says Susan Etlinger, a senior fellow at the Centre for International Governance Innovation and member of the United States Department of State Speaker Program. “There are people who might have disabilities where they find it too distracting to be on camera. Even with a distributed workforce, you can start to see inequality issues surface that would be detrimental to retaining diverse teams.”

To build a more inclusive, supportive workplace, Etlinger advises organizations to normalize different ways of working and communicating: “There’s a real opportunity for leaders to engage with talent one-on-one and to become personally accountable for promoting diversity and inclusion within their team every day. By starting that dialogue, firms can look for ways to promote more equitable working arrangements.”

Leaders should hold themselves accountable for checking in with staff to ensure the organization isn’t just recruiting diverse teams, but creating an inclusive environment.

Regular check-ins with staff should also enable AEC and D&M leaders to adapt performance-management practices to foster more diversity and inclusion. This should be a priority to get right: Research has shown that women—who frequently decide to leave fields like engineering—are also 1.4 times more likely to receive critical subjective feedback.

It’s crucial to consistently train management to recognize everyone’s accomplishments without bias, regardless of ranking or status. And that’s not just about holding an annual refresher course: Training and check-ins with staff should be constant and consistent.

Reviews should also become a good time to solicit feedback from team members about their ideas for fostering a more inclusive environment. Leaders can then use this information to better factor context into performance management.

Finally, a data-driven approach to exit interviews and grievances will ensure leadership can better analyze problem areas and assess why talent leaves the firm.”

Context-driven feedback, more transparent performance criteria, and management training should all be implemented to reduce bias in performance reviews.

A flat hierarchy that promotes multidisciplinary teams might sometimes be seen as a radical shift, but the disruptions of the past year have proven that this could seriously help improve employee confidence, as well as encourage the uniqueness each individual brings to the table.

“Being all remote has been a great leveler; more people are feeling connected and able to share,” says former Autodesk CMO Lisa Campbell. “I feel like I know people on my team better than ever before. I’ve met their children, their spouses, their pets, and we are very welcoming of that. Before COVID, it used to be considered a terrible interruption, and people would be frustrated by it. And now we all laugh and say, ‘Hey, I know their kids’ names. I’ve seen their Halloween costumes.’

“We’ve seen a flattened hierarchy because everybody’s on the same dimension on the screen,” Howder says. “On our teams, I’ve seen that some of that missing body language is good because those signals of power and control are muted a little bit. I have noticed younger people having more of a voice or feeling more comfortable with the medium.”

“A lot of these remote-collaboration tools will mute anyone who isn't speaking, so you now have a situation in which people's voices can be heard, who were not heard before,” Etlinger says.

For companies planning to return to the office or for firms with staff currently working on site, it’s important that leaders translate these learnings to a physical space. Can historic metrics such as square footage per employee be rethought to enhance social cohesion and value creation? Could offices become social hubs and meeting centers, rather than fixed locations for desk-based work? Or could they be used to drive mentorship schemes designed to create diversity in future leaders while also rewarding mentors accordingly—rather than simply burdening mentors with the need to educate others as a side effect of who they are?

Flatter hierarchies bring many benefits to the table, including giving those who don’t normally have the space the opportunity to speak up.

4. Be more open to flexible working, but watch weak ties

“Our industry has been notoriously difficult for women and historically has not had a very strong contingent of minorities,” says Hao Ko, principal and managing director at Gensler. “For someone to step away for a few years to have a family or to deprioritize a client deadline because one has other responsibilities has not been easy for people.”

One potential solution has been to adopt more agile working practices. In fact, research has shown that flexible and remote work can enhance workplace diversity. That said, offering remote work alone isn’t enough: A poll suggested that two-thirds of employees who shifted to working remotely in 2020 felt less connected when working from home. That isolation can lead to a less inclusive culture, especially for those who are newer to the job.

“To help, organizations can work to support weak ties—those more spontaneous interactions that people have around a coffee or in the hallway,” Etlinger says. “Weak ties are important as they can push through different, unexpected points of view and give all talent more of a sense of belonging. One idea is to randomly assign someone to someone else for regular short online drinks meetings or coffee breaks.”

Remote and flexible working have been proven to help promote diversity, but weak ties also need to be maintained to make everyone feel connected and included.

5. Invest in people for the long term

From creating a diversity and inclusion platform to promoting new topics for coverage in the media, more proactively engaging with minority-owned enterprises, championing educational institutions, or even simply just celebrating all religions and cultures, there are many steps business leaders in AEC and D&M can take to be more inclusive through people-focused management. The priority should be to make everyone feel valued and psychologically safe.

“I think we underestimate the role that humans can play in pretty much any economic context,” says Marco Annunziata, co-founder at Annunziata + Desai Advisors. “Whether it’s a construction or manufacturing company, we tend to fall in love with the technologies and underestimate the productivity impact that comes from human capital. On top of that—or partly because of it—we underestimate the importance of long-term investment in people.”

“Automation and robotics are important, but ideally they should be used together with people,” Etlinger says. “Without that people-centric focus on diversity, organizations can quickly fall out of touch with reality. Look at seat belts, which were originally never tested on women. Or face recognition, which has been notoriously poor at recognizing people with darker skin tones. Even with all the technology in the world, if things were built by homogeneous teams, they don't reflect the full customer experience.”

Leaders need to shift focus away from technology alone and instead refocus on investing in people in the long term—including how technology can be used to make everyone feel valued and psychologically safe.