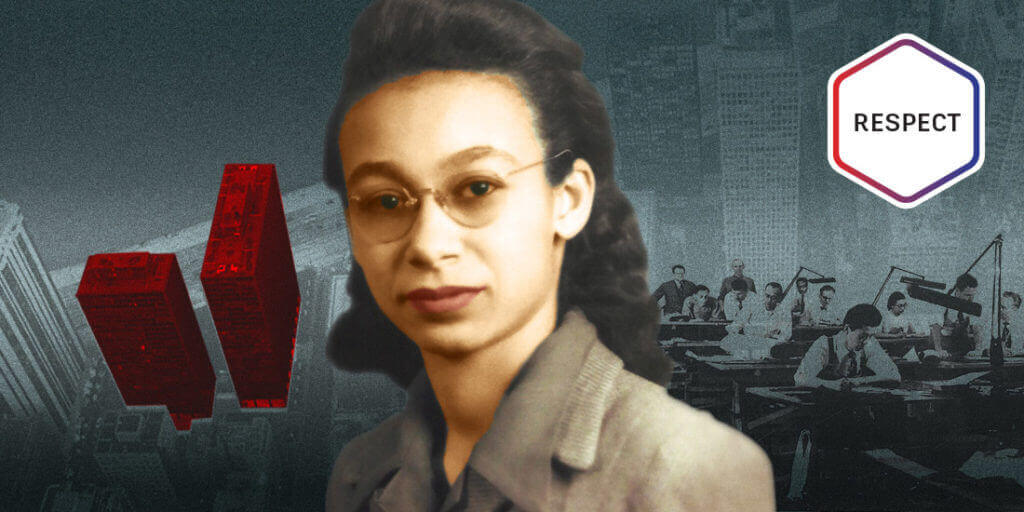 Pioneering African-American architect Georgia Louise Harris Brown had a knack for seeking out the most fertile architecture scenes in the world during her long career. She practiced in Chicago during Mies van der Rohe’s prime and, from there, moved to Brazil, where a singular modernist language was being created for Brasilia, the most ambitious planned capital of the 20th century.

Born in 1918 to a middle-class family in Topeka, Kansas, Brown was mechanically and design inclined, enjoying working on farm equipment, drawing, and painting. After graduating from Washburn University in 1938, she traveled to Chicago for the summer and enrolled in a class taught by Mies, whose steel-and-glass modernism would soon permeate the globe.

Brown began studying architecture at the University of Kansas that fall. Since the early 1930s, Kansas’s program had been staunchly modern, grounded in industrial production and the unity of art and technology. It was a field of study that would allow her to carve out a unique niche.

“She understood construction in a way that many architects don’t because she had that background in structures,” says Roberta Washington, an African-American architect who has studied and written about Brown since the 1990s.

Brown interrupted her studies to return to Chicago; she married in 1941 and studied with Mies at his Illinois Institute of Technology. She was blown away by the cosmopolitan city and its vibrant African-American community; later in life, she would say that meeting Mies and falling into his circle shaped her vision of architecture and was one of the most important experiences of her life.

Chicago had been a laboratory for testing new materials and possibilities for urbanism since the Great Fire of 1871 razed much of its central business district. After the fire, Chicago architects pioneered skyscrapers and the steel structural systems required to make them work. During Brown’s time, a new generation of architects refined this model, turning high-rises into pure glass-and-steel expressions of verticality, showing off brawny girders and whisper-thin curtain walls. It was a transition that Brown would play a key role in.

Brown graduated from KU in 1944 with an architecture degree (the first African-American woman to do so) and returned to Chicago. Her first job there was with Kenneth Roderick O’Neal, an African-American architect and structural engineer who had also studied with Mies. Her role models included Beverly Loraine Greene, the first professionally licensed African-American female architect in the nation. Brown would be the second.

By 1949, Brown was working with Frank J. Kornacker Associates, Mies’ favored structural engineer. There, she worked on several key high-rise projects, such as Mies’s Promontory Point Apartments and 860–880 Lake Shore Drive. The 860–880 development was an influential example of the Miesian high-rise: minimalist grids of glass and steel reaching into the sky, held up by Brown’s structural calculations.

Brown always kept a sideline of commissions, designing churches, houses, and office buildings in Chicago and, later, Brazil. She was intensely driven to practice and design as much as she could, so much so that when Brown divorced in 1952, she sent her children to live with her parents in Kansas.

She moved to Brazil in 1953 hoping to escape the pervasive discrimination inherent to American life, and her children joined her a few years later. Brown occasionally acknowledged sexism she encountered (one professor asked her: “Shouldn’t you be studying home economics?”), but in general, she was a stoic witness to the prejudice she faced. “I never thought of myself as being a pioneer of black female [architects],” she wrote to her sister-in-law in the ’80s.“I was always just an architect. After I left school and started working, I never had any problem professionally. Sexual harassment! Maybe. I don’t remember any. If I encountered it, I guess I was going in such a pace and with my mind so occupied with my job that I didn’t notice it or didn’t interpret it in that sense.”

Any “black first,” Washington says, has to work against many obstacles, and publicly recognizing these impediments can become such a burden as to make work impossible. “She [didn’t] consider herself as a black woman in architecture,” she says. “You can’t! Because if you really thought about that, you would be so weighted down that you would not be able to function.”

According to African-American Architects: A Biographical Dictionary 1865–1945, Brown was fascinated by the plans for Brasilia, a new capital city in Brazil that would be carved from wilderness. A singular experiment in tabula rasa modernist urbanism, the federal center’s axial plan (shaped like a bird or airplane) is dotted with the striking monumental works of Oscar Niemeyer, who defined Brazilian modernism for generations.

In Brazil, Brown joined the firm of American architect Charles Bosworth, working on large, complex projects such as Pfizer’s regional headquarters in Guarulhos and a Ford Motors plant in Osasco. “She was acquiring significant experience in the design, construction, and administration of industrial and prefabricated building sites that she very likely could not have obtained in the United States at the time,” according to Washington in Brown’s biography (co-written by architectural historian Anat Falbel) for Beverly Willis Architecture Foundation’s Pioneering Women of American Architecture website.

Brown became professionally licensed in Brazil in 1970 and led a series of firms until 1993, when she retired and returned to the United States.

In 1997, Washington, then-president of the National Organization of Minority Architects, began researching African-American women architects whose stories were not being told. She came across Brown and began a years-long quest to find out more—and to locate her, if she was still alive. Washington even took a course taught by a private investigator on how to find people.

In 1999, Washington came across a Washington Post article with Brown’s name in the headline—but sadly, it was her obituary. She had died in Washington, DC, after cancer surgery.

Washington reached out to Brown’s relatives and interviewed them about her work and life. “I just needed to know her, even in death,” she says.

The paucity of research on Brown undoubtedly reflects her status as an African-American woman within a cloistered (and white) boys’ club. (Even today, fewer than 2 percent of the members of American Institute of Architects—the professional association that serves architects—are African-American, and only 22 percent are women.)

Maybe the most beguiling mystery about Brown’s professional life is the dichotomy between her work in her day jobs (often ultrafunctional Modernist industrial buildings) and her side businesses designing houses that were traditional, sometimes sporting gambrel mansard roofs. Was she simply a client-driven designer? Or was she a traditionalist at heart, despite her formative years with Mies?

Of her residential work, Washington and Falbel write: “Perhaps while trying to create a domestic intimacy, one that had largely been lost by the Modern movement, she was also recovering within her imposed exile the faded memories of a centennial family home in Topeka, Kansas.”

Brown was always the “other,” posit Washington and Falbel, as an African-American woman architect and then an American in Brazil. But Brown also carved out a career on her own terms, despite the odds. “She seemed like someone I really wanted to meet,” Washington says. “If I would have known that woman, I would have begged her to be my mentor.”