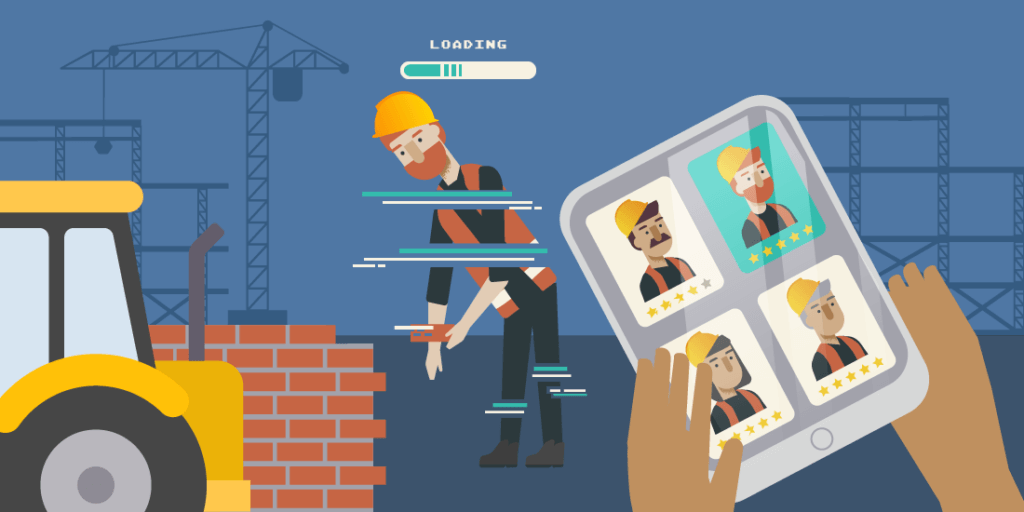 Just 10 years ago, cities across America were mottled with transit deserts—streets, neighborhoods, and entire regions without convenient or affordable transportation options. No trains. No buses. Not even taxis.

The only way to get around was by driving your own vehicle—if you had one, that is. If not, it was a struggle to access employment, food, health care, and other critical services. Then came transportation-network companies, whose now-ubiquitous ridesharing services used gig-economy growth and technology to fill mobility gaps.

Today’s construction sites look a lot like yesterday’s curbs. But instead of rides being scarce, what’s lacking is labor. In fact, the Associated General Contractors of America (AGC) reported earlier this year that 78% of construction employers are having difficulty staffing jobsites. As a result, projects cost more and take longer to finish.

As it did for transportation, technology offers a compelling solution. “As growing demand and labor shortages force contractors to do more with less, many firms are increasing their investments in labor-saving technologies and techniques,” AGC Chief Economist Ken Simonson recently stated in a company news release. 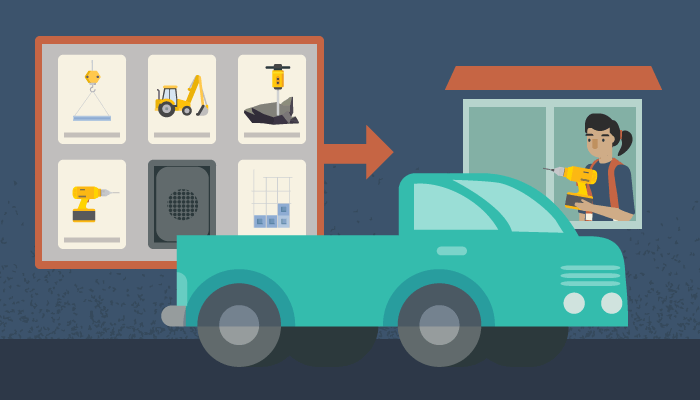 One tech trend construction hasn’t leveraged is the gig economy, which uses digital technology to connect freelance workers with single-serve employment. It made bone-dry transit deserts fertile; could it do the same for construction sites?

“A very clear problem in construction is its very inefficient labor market,” says Peter Maglathlin, cofounder of Trade Hounds, a Boston-based start-up building an online professional community for construction workers. “The way to solve for that is digitizing the workforce and enabling companies access to it.”

“One could argue that the gig economy has been part of the construction industry for decades, and it’s the delivery mechanism that has changed,” says Patrick Beharelle, CEO of TrueBlue, a workforce-solutions company whose subsidiaries include industrial-staffing firm PeopleReady. “We’ve always considered what we do as ‘gig’ work.”

Compared to full-time jobs, gigs offer inherent advantages—primarily flexibility. “Even when the labor market isn’t as tight, finding and hiring the right person can be time-consuming and expensive for companies,” Beharelle says. “Hiring for gigs provides a flexible way to hire the crew you need, when you need it.”

For some companies—such as Modern Cube Modular Homes (M3MOD), a Charleston, S.C.–based start-up planning to build high-end dwellings from recycled shipping containers and reclaimed high-rise materials—that’s not just game-changing; it’s life-giving. “There’s no way a start-up company like us could afford to bring on a huge full-time crew,” says Modern Cube Modular Homes founder Baron Christopher Hanson, whose company needs welders, electricians, woodworkers, brickmasons, and stonemasons to design and build its homes. “What we’ve been able to do is bring on those experts on a part-time or an as-needed basis to work on whatever projects we’re building.”

Workers benefit from this arrangement as well. “Labor is increasingly managed as a supply chain—where more labor cost is variable and tied to demand swings and project cycles,” Beharelle says. “This wider use of contingent labor creates more opportunities for workers to consistently fill their workdays and have the flexibility to accept jobs that best match for what they’re looking for.” 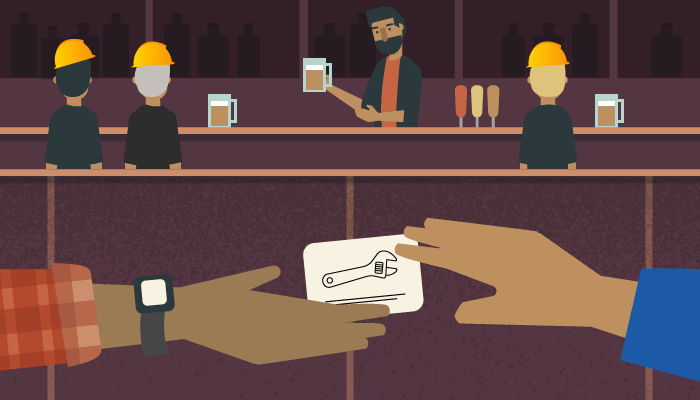 There’s still one problem: Finding gig workers. Tradespeople typically aren’t on suit-and-tie websites such as LinkedIn or ZipRecruiter; Hanson heads instead to local bars and restaurants where tradespeople congregate. He leaves letters and business cards directing prospects to Craigslist ads, hoping word-of-mouth will deliver the talent he needs.

Therein lies the opportunity. “The core premise of the gig economy is amalgamating supply and demand and using technology to match the two sides in a hyperefficient manner,” Maglathlin says. This “amalgamation” is already happening in home services, thanks to companies such as HomeAdvisor, TaskRabbit, and Handy. The time is ripe for commercial construction, according to Maglathlin and Beharelle.

In 2017, PeopleReady launched JobStack, an app connecting employers and workers for on-demand, seasonal, and temporary positions. Employers can request talent from a smartphone, see responses from local workers, and instantly select candidates. They also can rate workers’ performance and invite top performers back for additional assignments. Workers must apply at a local PeopleReady branch and complete the onboarding process, which addresses one of the gig economy’s biggest challenges in construction: safety and training.

“Skill verification and safety training are big concerns in construction hiring,” Beharelle says. “An unskilled or unsafe worker can literally stop a project or cause other serious consequences. Ensuring a worker has the required skills and personal-protection equipment isn’t difficult—provided you have experienced trade recruiters and a robust process that verifies both before a worker can accept a job.”

Once they’re approved, workers can use JobStack for assignments matching their skills and location. They can choose work based on their schedule, review the pay before accepting a job, and update their profiles to unlock additional opportunities. 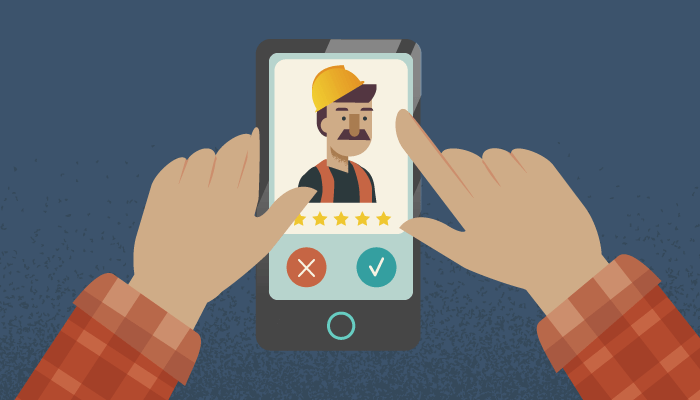 “Construction workers don’t use traditional résumés,” Maglathlin says. “They’re not big users of email. They communicate their skill sets via imagery. They prefer text messages to communicate. Understanding that, we’ve built a mobile application that is a community where tradespeople across the country can showcase their work, develop networks, and create a digital professional identity.”

When the community reaches critical mass, it will become a platform where employers can easily find and vet talent. “If you can build a community that gives workers a professional identity and replicates their habits, you can create a marketplace that makes construction workers searchable and discoverable.”

It’s too early to tell what the “killer app” will be that finally weds the gig economy with commercial construction. But there will be one, promises Kathy Kristof, editor of $ideHusl, which researches, reviews, and rates more than 300 gig-economy platforms.

“We’re just starting to see how effective the gig economy can be in various professions,” Kristof says. “What’s happened with Uber and Lyft I think will definitely happen with the construction trades. It’s going to take a little bit longer, but it’s coming.”