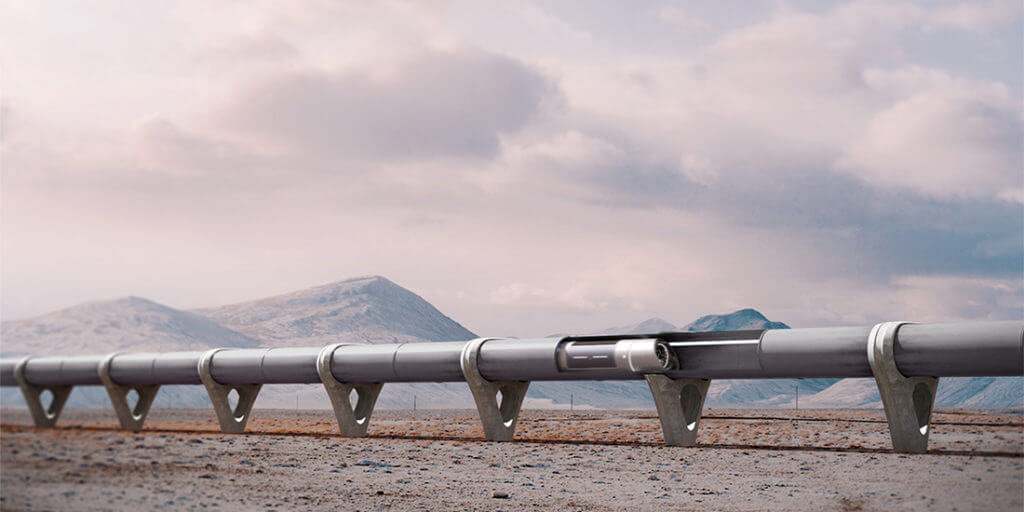 The global volume of air travel has continuously increased during the past five years. Does that mean people love to fly? Far from it. Year after year, passengers complain about the quality and comfort of air travel; flight delays; security screenings; lost luggage; predatory pricing; and the long, often expensive trek to remote airports.

This dissatisfaction has passengers wishing for practical alternatives to flying. One contender finally has the attention of engineers, entrepreneurs, and regulators: Hyperloop technology—essentially a magnetically levitated high-speed train that moves through a tube at faster-than-aircraft speed.

Hyperloop proposals have been championed by high-tech, high-concept visionaries such as Elon Musk and Richard Branson, who have advanced some of the most mature, best-financed ventures in the field. Now, Spanish company Zeleros has developed a novel Hyperloop vision that turns the original concept inside out.

“We analyzed alternative Hyperloop proposals and the magnetic-levitation trains that have been built in Japan and China,” says Juan Vicén, Zeleros’s cofounder and chief marketing officer. “The problem is that you have to install coils to power and lift the vehicle along the whole length of the tracks. That increases the cost and complexity of the system. What we have done is build the coils that power the system into the vehicle, instead of the track. The vehicle is autonomous—it propels and levitates itself. So the infrastructure costs much less.”

In the interest of minimizing weight and maximizing strength, Zeleros accelerated its design process using Autodesk Eagle, Inventor, and Fusion 360 for generative design. This resulted in an optimal structure for the levitation system that can be 3D printed. “We’ve managed to reduce weight by around 30% and increase strength by 50% implementing generative design,” Vicén says.

Designed for 50 to 100 passengers, the Zeleros Hyperloop vehicle will travel through a depressurized tube, magnetically levitated a few millimeters above a track at speeds as high as 621 miles per hour. “We can offer aircraft speed without leaving the ground,” Vicén says.

Hyperloop is an electric-powered transportation system, so the vehicle does not contribute directly to carbon-dioxide emissions—an important advantage over air travel.

Passenger aircraft cruise at altitudes above 30,000 feet mainly to reduce friction, but climbing to those heights consumes large amounts of energy and generates much of their carbon-rich exhaust. To reduce drag, a Hyperloop vehicle would have to levitate only a few millimeters. “We can reduce energy consumption by the vehicle to four times less than what a plane consumes,” Vicén says.

Zeleros claims its propulsion system as unique among proposed Hyperloop designs. “We share some commonalities with other Hyperloop developers,” Vicén says. “But in the end, we believe our approach is more cost-effective and will provide a better experience for the passengers.” Perhaps as important, Vicén says, the company has designed its system to use technologies and components proven in more conventional systems such as high-speed rail and aviation.

Besides sustainability, Zeleros has also focused on safety, building in a number of redundant systems for pressurization, propulsion, and braking to protect passengers—especially in the event of a power loss stranding the vehicle. There will be sidings with emergency exits at regular intervals along the route, Vicén says. If a power interruption is detected anywhere along the route, the vehicle will be diverted to wait it out or let passengers exit the vehicle through a normal-pressure exit.

The passenger experience will be key to Hyperloop’s adoption and success. The ride, Vicén says, will feel much like that of a plane. Once the vehicle reaches its cruising speed, passengers will lose the sensation of high-speed motion. Routes will be designed with the gentlest curves possible. Deceleration should feel similar to the sensation of descent and landing in an airplane but a bit softer (meaning no sudden crashes on the ground during landing).

Visually, the difference will be stark. The windowless Hyperloop vehicle may give some passengers a closed-in sensation. Vicén says this could be a limiting factor for Hyperloop acceptance over long routes, but for trips of 30 to 60 minutes, most people would not find the Hyperloop unduly confining. Still, Zeleros is working to develop entertainment features to engage passengers. “We may provide screens so people can see what is going on outside the tube,” Vicén says. “There may be Internet connectivity so passengers can work.”

Air travel’s economics may still be more compelling for long routes. “But for medium distances—say, 500 to 1,500 kilometers [311 to 933 miles]—Hyperloop could be an ideal travel solution,” Vicén says.

“We see the greatest potential in connecting major cities—major population centers where there already is a lot of air traffic: Barcelona to Paris, for example,” he continues. “In the EU, there already are public campaigns to promote the use of rail instead of air transportation, but high-speed rail can be more expensive than air travel. For those routes, Hyperloop could make sense.”

Total travel time from door to door could be much less for Hyperloop travelers, who would avoid extra travel time to and from airports. By necessity, airports tend to reside far from densely populated areas, and taking ground transportation to them is often expensive and time consuming. By contrast, a Hyperloop station could be located in the center of a city, like typical rail stations.

Zeleros also sees potential in developing Hyperloop cargo routes between ports, such as Spain’s Algeciras and northern European ports such as Hamburg, Rotterdam, or the major logistic hubs in Frankfurt and Toulouse.

With the right approach, building Hyperloop infrastructure would cost on the same scale as building a high-speed rail, Vicén says. Raising capital to build the tubes is, in some respects, the easy part. The difficulty in many markets is acquiring the right of way to build on and access the land underneath the tubes. It’s the same problem that has stalled high-speed rail in the United States—as much a political hurdle as a practical one.

“It makes things easier that Hyperloop can go over pylons,” Vicén says. “We may not even need to acquire the land under our tubes. The model could be more like communications networks—the land under the poles could be rented.”

Zeleros is collaborating with a consortium of European partners to develop and commercialize its concept and is currently building a 1.2-mile test track in Sagunto, Spain. Next year, a one-third scale model of the vehicle will undergo trials to prove the technology’s viability.

“The objective is to validate our technology at one-third scale, to demonstrate that we can integrate all the systems and operate the system efficiently, by mid-2020,” Vicén says. “That would enable us to get the support of governments in Europe to build a full-scale test track, probably in 2021. We think we can demonstrate the system at real scale by 2023.”

Zeleros hopes to commercialize the initial freight routes by 2025 and the first passenger routes by 2027. “If we can successfully transport goods, that will put us in a very good position to transport passengers,” Vicén says.