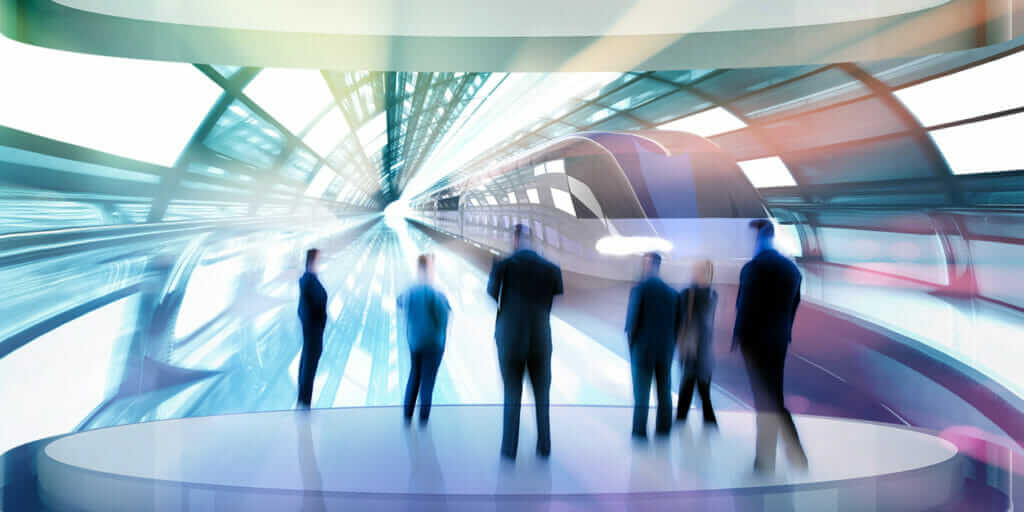 For a disruptive, 10-km-long rail project that won’t even break ground until 2019, public officials and local residents of Moss, just south of Oslo, Norway, have been given an unusually vivid preview that, in the past, only the designers would have seen at this stage.

“We set up a showroom in the city where the public can come to view the project in a theater setting, and the feedback has been quite nice,” says Hans Petter Sjøen, facility management coordinator for Bane NOR, the year-old, state-owned company responsible for developing, operating, and maintaining the Norwegian national railway infrastructure. “Project members also have been receptive. They tell us that they have seen dimensions on the big screen that they did not see in person.”

Unlike the single viewer wearing a headset, the 180-degree, virtual reality (VR) theater used by the project takes multiple viewers on a simulated ride into an immersive design world, navigating with Navisworks Simulate. An accompanying Building Information Modeling program (BIM Track) allows users to make comments in real time, creating a dialogue between Bane NOR and the Rambøll/Sweco design team. 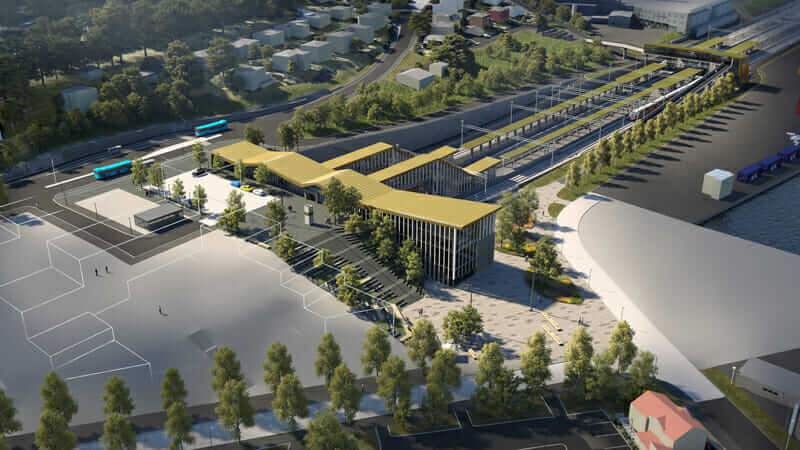 The VR showroom lets the public visualize what the new station will look like. Courtesy of Bane NOR. 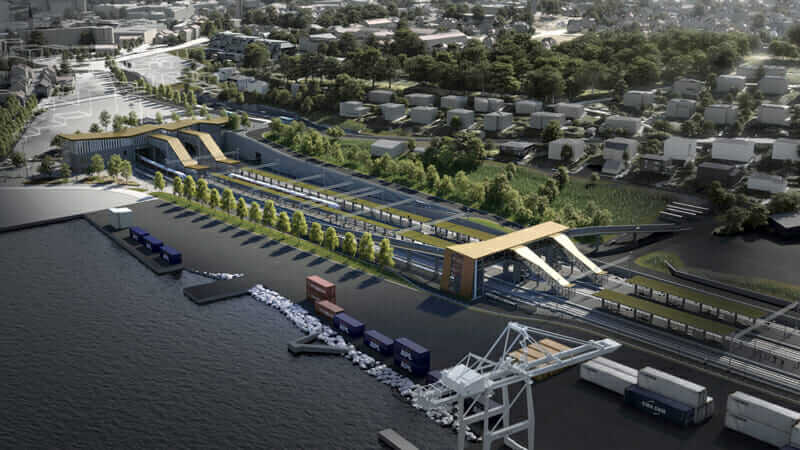 An alternate view of the new rail station. Courtesy of Bane NOR.

“One day each month, we make sure to have one of our people available in the VR showroom to answer any questions the public may have,” adds Jarle Rasmussen, Bane NOR’s project manager. “Once we begin construction in 2019, I think there will be even more interest from people who want to see how it will look when it’s completed in 2024. Already, though, I think it’s made it a lot easier for them to accept.”

The VR program was created by a joint venture of Scandinavian engineering giants Sweco and Rambøll Group, based in Stockholm and Copenhagen, respectively. Already in planning for more than a year, the complex project will involve building 10 km of new track, two tunnels, and one new transit station. The project reunites the successful team that’s currently engaged building a 75-kilometer double-track InterCity Line between Sørli and Lillehammer, north of Oslo. Last fall, that project’s innovative use of BIM and 3D simulations earned the Rambøll-Sweco ANS team first place in the Infrastructure category at the 2016 AEC Excellence Awards.

According to the award citation: “By using 3D simulations, BIM helped the project team design, visualize, and negotiate environmental complexities. A total of 120 design and approval participants used BIM tools as a central platform to design, propose, analyze, share, build, and comment throughout the entire project.”

For the newer, 10-km project south of Oslo, the team has again used all of those features. And since January 2017, the immersive VR program has employed Autodesk InfraWorks to make the collaboration even more visceral for both the team and the public.

“The idea for featur[ing] a theater-like experience came from Samuel Andersson, one of our BIM coordinators,” notes Oskar Karlsson, Sweco’s BIM manager on the project. “He had seen information about the VR lab at the Norwegian University of Life Sciences (NMBU) in Ås [located roughly 30 km south of Oslo], where they have this big screen. So our first suggestion was to take the experience of a 180-degree screen to give more info to the project team. It lets them see how the site develops during the whole project, as well as how it will look when it’s done.”

Karlsson adds that Bane NOR has instituted requirements on the project to ensure the signaling system along the rail track is up to code for the train driver and for the rail. The VR lab, which the building team calls its “B Lab,” has improved the group’s ability to meet those requirements, he says. “When we realized that we could also use it to help us locate things better, we used it for locating all the signaling along the route,” Sjøen says.

“This is the first time I’m aware of where we have done this,” says Christina Hegge, Rambøll’s project manager, referring to the expanded use of VR and augmented reality (AR) on an infrastructure project. “But this is definitely the future, so I think we will be using it more and more.”

So far, only the building team, the owner, and other stakeholders have used the university’s big-screen experience to enhance their collaboration. The public, for its part, has been encouraged to use the showroom in Moss for walk-in tours with the VR headsets. Feedback from both groups has been encouraging.

“Traditionally, we had only used 2D drawings, so we asked ourselves, ‘How could we use technology to be more engaging?’” Rasmussen says. “Buildings today have come quite a long way—many don’t even have physical drawings. But infrastructure is not quite there yet. Hopefully it will be one day, but that won’t be in the near future. Our facilities are still too spread out over many kilometers, and even years, for us to go completely without paper.”

Still, both Sjøen and Rasmussen agree that the future pace of technological change is hard to gauge. Both started in the rail industry in 2003, and when asked together if they could have imagined 14 years ago the type of technology that they would be using today on these projects, they answered in unison, laughing: “Not at all!”