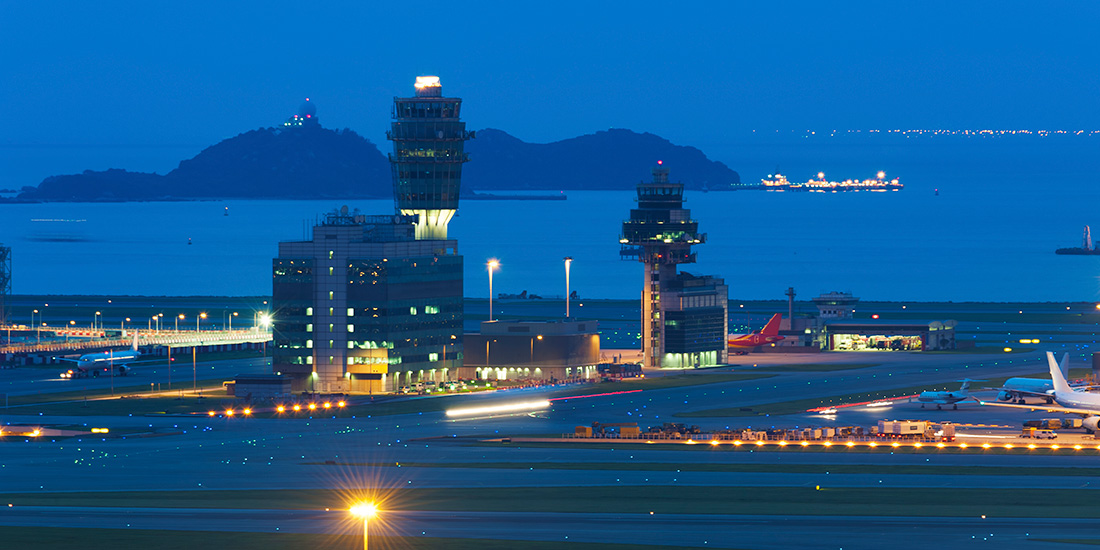 In 2019, Hong Kong International Airport (HKIA) served 71.5 million passengers and moved 4.8 million tons of airmail and cargo, making it one of the busiest airports in the world. HKAI is vital to the region’s economy as a trans-shipment center and passenger hub—it’s also the world’s most-used cargo gateway. To keep up with future demand and bolster its status as a global aviation hub, the airport is currently undergoing a significant expansion.

Headquartered in Hong Kong, Leighton Asia has built high-profile infrastructure and building projects across Asia for more than 45 years. It is one of the few contractors in Asia that has achieved the British Standards Institute Kitemark for excellence in Building Information Management and the new international ISO 19650 standards series. The international construction contractor has been tasked with the foundation and substructure work for HKIA’s Terminal 2 expansion.

Leighton Asia adopts a collaborative approach with all project stakeholders on the back of digital engineering and new technologies. “As a business, we are constantly looking for ways to streamline and improve processes to achieve a sustainable business at all levels,” says Colman Wong, general manager–Hong Kong at Leighton Asia. “We are actively enhancing our delivery models to ensure the highest safety and quality performance. Through the development and implementation of innovative solutions, we strive to be a leader of positive change in the construction industry.”

Unleashing the Power of Automation

“From the beginning, we decided to invest in innovation and new technology,” says Francesco Tizzani, building information modeling (BIM) manager at Leighton Asia. “The project became a testing ground to see how we can implement new digital tools on a large scale so that if it works here, then we can use it on other projects, as well.”

The first area chosen for digitalization was ground investigation, a process to understand the ground’s characteristics before site excavation. During ground investigation, onsite workers conduct predrills (drilling small holes into the ground), take samples of what’s underneath, and then identify and record these samples on paper. To digitalize the process, the project team translated the piles of paper records into a ground-investigation (GI) database. “All our engineers need to do is look at that database, compare it with the geotechnical design they created, and double-check if the design is compliant with the actual ground state,” Tizzani says.

But comparing the design against the database was still time-consuming, so the team developed a script to automate this process. “We built BIM models of our predrills based on the GI database so we had a clear map of the ground; then, the script generated surface drawings based on the models,” Tizzani says. The team invested some time putting the script together, but their efforts paid off.

“It was a big achievement in terms of automating the process, and we were saving so much time,” Tizzani says. “It’s also more accurate, standardized, and easier to review. Having a model that everyone can see and visualize was, in a way, simplifying the information so more people working on the project could understand it, as well.”

Buoyed by its success with automating the geotechnical design process, Leighton Asia then developed a BIM model of the airport expansion, with the intention of turning it into a digital twin—including real-time performance data—once the project was built. A key objective for the digital twin was to streamline onsite operations, so the BIM team created digital twin properties that corresponded to the information that the onsite team gathered. Now, instead of entering values into different spreadsheets, the onsite team inputs the data into the digital twin. This data is also used to automatically generate reports, minimizing documentation time for project staff.

“At the end of the day, we have this big model with a lot of key project data available to everyone,” Tizzani says. “You can see when we last drilled a pile, poured concrete, struck the formwork, or did a quality check. We invested a lot of resources into building the digital twin so we can better understand the job and use the data collected onsite in a more meaningful way.”

This digital twin helped Leighton Asia optimize its operational processes. Through Autodesk Assemble, all departments on the project team integrated their workflows into the digital twin so they could use the data and model according to their specific needs. “For example, the estimation team can just open the model and categorize, group, and quantify items from a procurement point of view while the BIM team can focus on maintaining the quality of the model,” Tizzani says.

Tizzani estimates that onsite rework has been significantly reduced as a result of using the digital twin for change management. Rather than marking up 2D drawings and comparing countless versions, onsite staff use the digital twin and Autodesk PlanGrid to track changes and standardize annotations.

The digital twin spurred more ideas from the project’s onsite team, such as determining whether the model could be used to verify the feasibility of construction and identify gaps before commencing work. This led to the production of what Leighton Asia calls construction method simulations (CMS)—animated snapshots of a sequence of construction methods.

To create the CMS for deconstructing a footbridge, for instance, the team used the digital twin as a base model to generate animations for erecting the scaffold, breaking the ends of the footbridge, and removing the debris. “These animations validate our methodologies, allowing us to check if our sequences are actually constructable or if there’s something we didn’t think about or that might not work,” Tizzani says.

The simulations also enhanced collaboration between the engineering and operations teams, helping them mitigate safety risks onsite. “Because both teams can view the site in 3D, they can visualize and identify potential hazards,” Tizzani says. “So when our engineers point out areas where more barriers are needed or more distancing is required, our operations team can quickly implement that to ensure a safe working environment.”

These innovations resulted in a mindset shift within the project team. Team members now think of the information they collect onsite and the designs they create offsite as data that can be analyzed. “Gathering and analyzing key project data systematically helps to determine trends and is more accurate than making forecast-based regular spot checks,” Tizzani says. “Now, we have a full range of data that can be analyzed and used to predict the feasibility of our works.”

Tizzani attributes the project’s success so far to a collaborative effort between management and staff, with support from the top and initiative starting from below. “I might have given suggestions, but the ideas and actions come from the team onsite, and we’re fortunate to have people open to figuring out how to do things differently,” he says.

To make a long-lasting impact, Tizzani notes that digitalization does not solely rest on the BIM team but on all involved teams to find easy wins that will benefit everyone—the thinking being that people are encouraged by easy wins, so when they achieve those wins, they’ll want to attain more. “It’s not only about driving efficiency but also about engaging frontline staff to think how we can work smarter together,” he says. “Besides a vision for how to digitize the business, it’s a collaborative process that relies on everyone’s contribution to make it happen.”