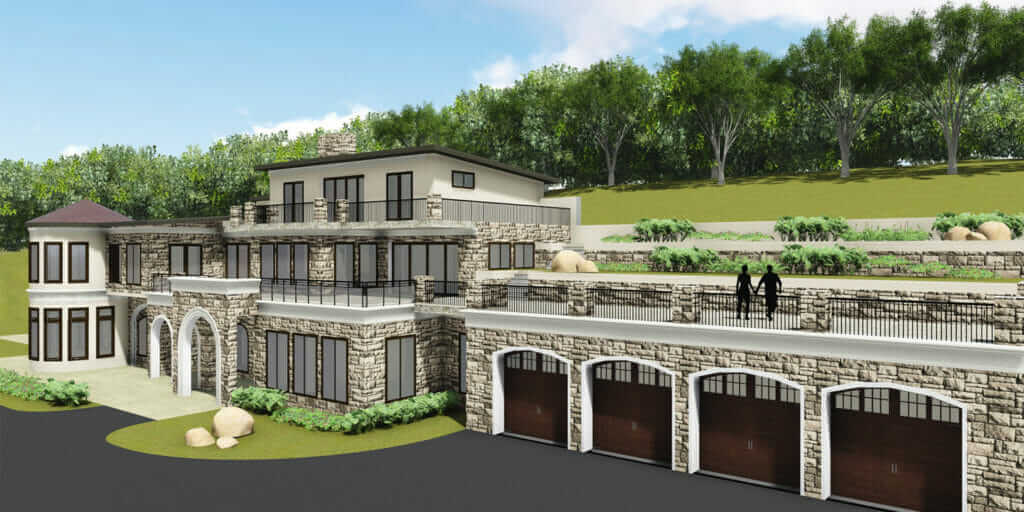 In Williamson, WV—population 3,000, give or take—a new sustainably designed Health and Wellness Center has risen in a place where coal was king.

Located in the far southwestern corner of the state, Williamson was once a booming town, but its economy suffered as the industry declined. Town leaders were also concerned about the population’s chronic health conditions, an epidemic of opioid addiction (residents have referred to it as “Pilliamson”), and a general sense of disconnection from the land and each other.

Through its outreach programs, the center is hoping to create a culture of wellness in Williamson, lifting up the depressed community. To start, unemployed coal miners were put to work installing solar panels on the building. It’s a powerful symbol of renewal and a concrete example of how green jobs—like these, contributing to sustainable architecture—can fuel a new economy in the heart of coal country.

“This is a city that was once self-sufficient, tucked down in a vale surrounded by mountains,” says Ryan Hess, LEED AP, director of sustainable design for the Mills Group, the West Virginia–based firm that designed the Williamson Health and Wellness Center. “Then the coal industry slowed. But this new building, powered by solar panels on the roof and new light wells, represents a bright new future for this part of the state.”

This infusion of hope may be needed in West Virginia more desperately than elsewhere in the US. When it comes to a sense of well-being, West Virginia is suffering, according to the annual Gallup-Healthways Well-Being Index. Based on extensive surveys of residents in all 50 states, the index assesses personal feelings across five categories: sense of purpose, relationships, finances, community, and physical health. In 2016, West Virginia ranked 50th out of 50; it also ranked last when scores were combined for the past four years.

For a state so rich in history and natural resources, these statistics are alarming and the causes complex. The decline of coal is a major contributing factor, as the industry faces stiff competition from natural gas and other energy sources—as well as significant blowback about the environmental degradation caused by the extraction process. West Virginia has lost more than 35 percent of its coal jobs since 2011. Dozens of coal companies, including Patriot Coal, which operates 13 coal complexes in the state, have filed for Chapter 11 bankruptcy in recent years. And a 2016 report by Marshall University in Huntington, WV, predicts that coal production will continue to decline or stay flat through 2040.

Coal may have seemed like the path forward in West Virginia, but it’s clear that it can’t be the only way. The solution may be emerging, not in reinstating traditional blue-collar jobs, but in creating green-collar jobs that promote sustainable energy sources, products, and lifestyles. As a full-service architecture, planning, and historic preservation firm with offices in Morgantown and Wheeling, the Mills Group is trying to encourage more green work in the state. The firm’s projects (designed in Autodesk Revit) range from single-family residential to large-scale institutional and commercial, like the Health and Wellness Center. More than that, firm principals hope their work will spur new thinking and industry that is centered on environmental protection and sustainability, rather than resource extraction.

“We’re seeing this renewed sensibility more often with the younger generation, which is looking for new approaches to living and working,” Hess says. “These are people who might have had a father or grandfather who was in the coal industry, and they respect that. There is a sentiment in West Virginia that there are a lot of hardworking individuals here.”

They just need jobs. And that can happen with some creative investment in old cities and shuttered buildings, Hess says. In Wheeling, located in West Virginia’s panhandle, the Regional Economic Development Partnership hired the Mills Group to scout out locations for another health-care facility: Health Plan, an Ohio-based nonprofit community organization that was interested in relocating. The architects found an urban infill site for the four-story 51,000-square-foot building, which will include stormwater retention onsite through bioswales, ample daylighting, and other green features. Most important, the building will bring some 300 new jobs to the area when it is completed later this year. This project is the city’s first new construction in more than 30 years.

“Since the announcement of that project, we’ve had interest from other developers in that area,” Hess says. “We try to take sustainable design to the next level, fostering a greater understanding of the built environment in the community through outreach and putting people to work. We find ourselves working with our clients to understand how these buildings will be endowed and maintained over the long term.”

Elsewhere in Wheeling, the firm is helping a local investor restore and renovate the 120-year-old Flatiron Building into a mixed-used structure with commercial on the lower levels and river-view apartments on the upper levels, using historic tax credits to offset costs. In Elkins, on the east side of the state, the Mills Group has been engaged to develop a master plan for the town’s historic rail yard, where coal came and went by train for more than 100 years.

The Mills Group also works with environmentally minded organizations, including the Coalfield Development Corporation, which provides training in green-job skills for unemployed and underemployed workers. As a licensed general contractor, Coalfield workers construct affordable housing, tear down dilapidated structures, and build and sell furniture made from the reclaimed building materials. According to the organization, more than 175,000 square feet of building materials have been kept out of landfills through their efforts.

“No matter how you think about it—good, bad, or indifferent—our state has a history of extraction,” Hess says. “Not just resources, but people. People here are sick of that. They ask, ‘How can we can keep smart people here in West Virginia? How can we harness the energy that’s here every day?’”

Another potential energy source—and with it, green jobs—could be the area’s geothermal energy, which generates heat directly from the earth. The Mills Group has already used geothermal for residential projects in Morgantown, WV, and Frederick, MD, but it sees vast untapped potential in West Virginia. Some of the drilling equipment intended for the now-depressed oil and gas industries could even be reused for geothermal.

“West Virginia is particularly good for geothermal because of the wild topography,” Hess says. “There are so many opportunities to berm a structure with a hillside, so one can take advantage of passive geothermal energy. On that rear side of the home that’s built into a mountain, the heating or cooling starts at 52 degrees, the temperature of the earth. Here in Appalachia, we have four very distinct seasons, and we have big humidity swings, so using our earth to help regulate the temperature would be very helpful.”

Changing the culture takes time, though. Sometimes it requires future-oriented measures such as designing a roof slope optimal for solar panels to be added later, once funding is secured. “When we start doing outreach with clients about the options, the outcome is often very different than what it was posited to be at the start of the project,” Hess says.

But as more of these kinds of projects are undertaken and become part of the community ethos, it could mean more than just employment for West Virginians—it could improve the health of the state and the people who call West Virginia home.