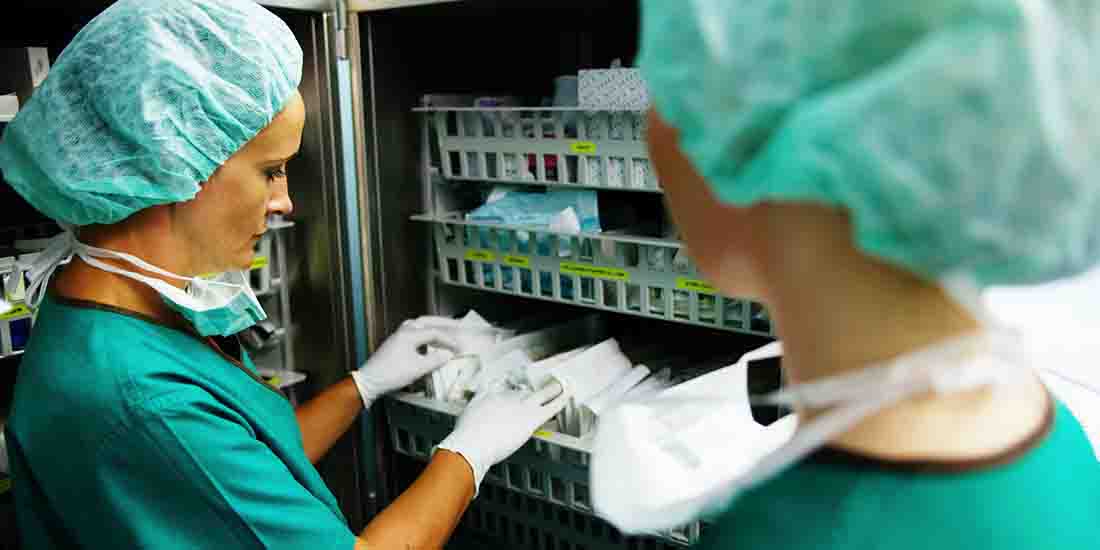 Right now, the world—and life as people know it—is currently undergoing a massive disruption. COVID-19, caused by a novel coronavirus, has quickly evolved into a global pandemic, affecting much of the planet in unprecedented ways.

Around the world, countries and cities have placed their citizens on lockdown in an effort to slow the spread of the virus. In the United States, cities and states have issued shelter-in-place orders—nonessential businesses have shuttered and many people have lost their jobs, prompting a never-before-seen spike in unemployment; other businesses have implemented remote working; and thousands of schools have closed, leaving parents to homeschool their kids.

With the surge of cases growing daily, critical equipment—from protective gear for health-care professionals and other essential workers to testing kits and ventilators for patients—is in extremely short supply.

To meet this urgent demand, governments around the world are compelling manufacturers—through requests and orders—to shift production to produce lifesaving medical supplies. In the United States, for example, President Donald Trump invoked the Korean War–era Defense Production Act, which allows the government to marshal the private sector to fight the COVID-19 pandemic.

Strengthening the effort, global manufacturers in just about every industry, from fashion to food and beverages, have taken the initiative to shift operations to combat the crisis. Here are five examples of ways companies have pivoted manufacturing to produce medical supplies that help fight the spread of COVID-19 and extend lifesaving measures for more patients.

UK-based Dyson and Grey Technologies (Gtech), two manufacturers known for vacuums and other motor-driven airflow tools, have answered the government’s call to quickly design and produce ventilators. In response to UK Prime Minister Boris Johnson’s direct request for ventilator supplies, Dyson has partnered with The Technology Partnership (TTP) on a brand-new ventilator design called the CoVent. The design meets clinician specifications for ventilation hardware that can be both bed-mounted and portable with a power supply. Because the ventilator is a slight modification of Dyson’s existing digital motor design and air-purification technology, the company says fan units needed for its production are available in high volume. Dyson is producing an initial 10,000 units for the UK government and plans to donate 5,000 more to the international effort.

Gtech has also developed a ventilator that can easily be made with abundant stock materials or off-the-shelf pre-assembled parts. In addition to responding to the government request to produce 30,000 ventilators in a two-week span, the company has made its designs freely available to the manufacturing community. Read the article.

2. Global Factories, Large and Small, Are Pivoting to Fight Coronavirus

While it may be challenging for industries based on complex technologies (such as automotive manufacturers) to quickly retool their factories to produce ventilators, other industries have already begun to successfully repurpose their factories to fight the COVID-19 pandemic. For example, rum producer Bacardi’s distillery in Puerto Rico shifted to making ethanol needed to manufacture hand sanitizer. Eight Oaks Farm, a veteran-owned craft distillery in Pennsylvania, is converting operations to make alcohol-based disinfectant. Michigan-based office furniture company Steelcase is using its factories to make protective health-care equipment such as masks, face shields, and partitions for hospitals.

Beauty and luxury giants such as Germany-based Beiersdorf and France-based LVMH and L’Oreal are pivoting production from face creams and perfumes to medical disinfectants and sanitizer gels. In Japan, electronics maker Sharp Corporation is making surgical masks using a plant that usually manufactures electronic displays. Read the article.

Like much of the United States, hospitals, nursing homes, and first responders in Illinois are currently experiencing a critical shortage of protective equipment. In response, Governor J.B. Pritzker announced the formation of an Essential Equipment Task Force to coordinate the efforts of manufacturers retooling production lines to make equipment that could help minimize the spread of coronavirus. Factories adhere to strict social distancing guidelines; brewers and distillers are reprogramming their production lines to make hand sanitizer; clothing producers are making masks; and equipment suppliers are purchasing new injection molds to make parts for test kits and ventilators. Read the article.

Whether compelled by the government or introducing their own initiatives, major US automakers are shifting production to medical supplies as fast as possible. Ford is assembling more than 100,000 plastic face shields per week and is leveraging its 3D-printing capability to produce medical equipment parts. The company is collaborating with 3M on a “powered air-purifying respirator” (PAPR) mask design that leverages off-the-shelf parts from both companies “to go as fast as possible,” using fans from its F-150 truck’s cooled seats and HEPA air filter, as well as portable battery packs that 3M already makes.

Ford is also working with General Electric’s health-care division to help the company make a simplified version of its ventilators. GM has been compelled by the US government to produce ventilators but was already ramping up plans to do so, partnering with ventilator manufacturer Ventech Life Systems to hone manufacturing, logistics, and purchasing strategies. Read the article.

The White House launched the COVID-19 High Performance Computing Consortium to provide COVID-19 researchers worldwide with access to the world’s most powerful computing resources to advance the pace of science in the fight to stop the virus. Members include top universities, labs, and tech companies such as Amazon, Google, and Microsoft.