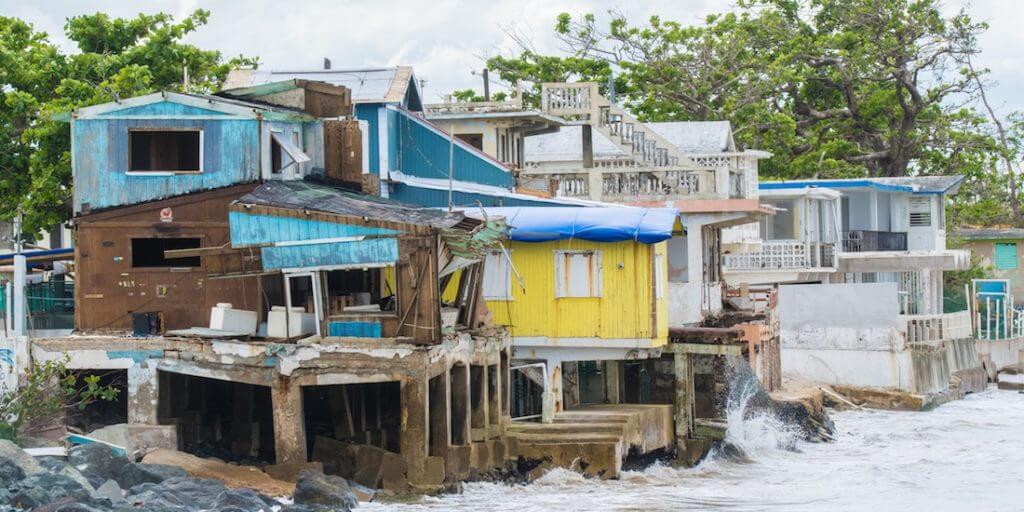 Days before an island-wide blackout in April 2018, almost everyone in Puerto Rico had power restored following Hurricane Maria—just 3 percent of customers were without power, according to a statement by the Puerto Rico Electric Power Authority, as reported in the New York Times. But shortly after the announcement, an accident involving the high-voltage line of a fallen transmission tower darkened the country yet again, cutting power to nearly every home and business.

When the national grid went down, two fire stations—one in the San Juan metropolitan area and one in Nagüabo, a small, remote town on the eastern side of the island—still had power, says Captain Richard Birt of the Las Vegas fire department. These fire stations draw power from solar microgrids: rooftop solar panels connected to battery storage units. “The only 911 systems working in the country are the ones [we] put in, which are up and running in San Juan,” Birt says. “Protecting 1 million people is a pretty big deal.”

Back in October, shortly after Hurricane Maria battered Puerto Rico’s shoreline, Birt partnered with the Bay Area–based nonprofit Empowered by Light and Sunrun, the largest home solar company in the United States, to coordinate the installation of rooftop microgrids at two San Juan stations and one in Nagüabo. He also worked with Zero Mass Water to install solar-powered clean-water machines at a fire station in Utuado.

The 6.6-kilowatt, 24-panel solar arrays, designed with Autodesk AutoCAD and installed in less than two days, are connected to a lead-acid battery system and capable of charging themselves, off the utility grid. They are critical, Birt says, to the life-saving operations of a fire station: powering dispatch towers, charging radios, opening bay doors, and keeping the lights on.

For Birt, reports that firefighters in Puerto Rico weren’t receiving 911 calls in the aftermath of Hurricane Maria were a call to action. He had just lived through the October 1, 2017, mass shooting at the Harvest music festival in Las Vegas, where he had been on duty, listening to distress tapes and coordinating response teams. Birt then began connecting the dots between self-sustaining solar microgrids and communication for first responders in Puerto Rico’s crisis. “Getting people to the right places—the difference between dying and not dying—was communication,” he says.

Soon, he was on plane to Puerto Rico to meet with Alberto Cruz, chief of the San Juan fire department, to strategize reestablishing power at fire stations cut off from the grid. Some lacked reliable power to receive 911 dispatches; in one instance, firefighters were delayed responding to a collapsed gymnasium because their radios weren’t working. “They didn’t have the tools for communication,” Birt says. “We had people literally running to fire stations, saying, ‘Somebody help.’ They were bloody. They’d just experienced 200-mile-per-hour winds. It was sheer panic.”

Many fire stations had power but relied on diesel generators—risky in disaster-relief situations. “These generators are designed for three-day power outages, but they’re meant to be turned on and run for an hour every week,” Birt says. “If you don’t use them; they’re susceptible to fuel contamination. Then you look at the domino effect, what we saw in Puerto Rico: complete and utter failure across the board. FEMA runs on diesel operations. But when you can’t transport fuel because roads are blocked and the fuel runs out, you’ve got a problem.”

Eventually, Cruz gave Birt the green light to introduce microgrids at three fire stations, beginning with one in Barrio Obrero, one of San Juan’s poorest neighborhoods. Birt plans to continue raising funds to power all 96 stations in San Juan.

Newbold assisted with the installation in San Juan. He recalls a ravaged city and countryside as dramatic as the news images: relief and FEMA workers sleeping eight to a room in hotels powered by diesel generators, uprooted trees and fallen power lines spanning roadways, transmission wires balled like yarn.

Structurally, however, the Barrio Obrero fire station and others survived much of the devastation. On the rooftops of these stable concrete structures, Newbold says, a Sunrun team worked with local firefighters and the construction firm Aireko to install the microgrids. He remembers sitting on a rooftop late at night with several firefighters, San Juan shrouded in near-pitch darkness, with distant casino and airport lights the only gleam on the horizon—one of many touching moments amid the chaos. “People look at these fire stations as community centers,” Newbold says. “In addition to helping save lives, this is where people hang out and find community.”

Birt has lived in a solar community in northwest Las Vegas for more than 15 years on a self-made home solar system connected “to a nickel-iron battery designed by Thomas Edison for a car show.” In his view, connecting independently operating hives of self-charging solar panels and battery storage units in Puerto Rico is vital to enable 911 dispatch backup for first responders, to strengthen resiliency, and to support public health and safety in homes and businesses.

“Think of people with oxygen machines at home or diabetes patients who need insulin to be refrigerated during massive grid outages,” Birt says. “I’d like to see resilient communities in every metropolitan area in the United States. Citizens of the United States, including Puerto Rico, want that next phase of our development as a country.”

Newbold is cautiously optimistic about such a future in Puerto Rico. “Once the grid is up and running, hopefully in the near term, software being developed can take these distributed energy resources from rooftop solar and batteries at houses and businesses across the island to relieve pressure from the broader grid,” he says. “All of the power is coming from the remote side of the island and being sent over in rapid transmission lines. If we can create these generation systems locally, we don’t need big expensive transmission lines.”