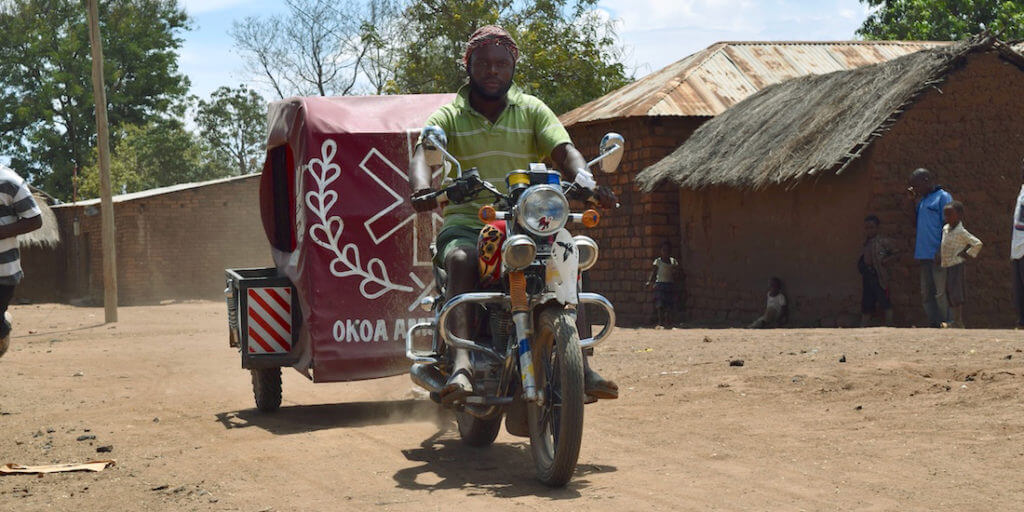 Globally, 1 billion people lack the transportation needed to access medical care. One of the most vulnerable populations? Expectant mothers.

In Tanzania, 5,000 women die every year from complications related to pregnancy and childbirth. Most live in remote areas, far from paved roads and health-care facilities. Thankfully, one organization is working to save lives using creative engineering, agile technology, and a community-centered approach to design.

“We’re a nonprofit focused on increasing access to health care with innovative technologies,” says Emily Young, executive director of The Okoa Project. The organization was born in the MIT D-Lab, where students design solutions to impact the lives of communities worldwide. In 2016, Young was in MIT’s Mechanical Engineering program when Deborah McCracken reached out to the D-Lab. As director of The Olive Branch for Children (TOBFC), an organization that serves more than 40 communities in the Mbarali District of Mbeya, Tanzania, McCracken wanted to find a way to transport rural residents to health-care providers. The team got to work designing an ambulance trailer that attaches to the back of any motorcycle, providing a safe way to transport people to lifesaving care.

What began as a student project for Young and two other women from MIT—Sade Nabahe, also a mechanical engineer, and Eva Boal, a computer scientist—soon evolved into a full-time nonprofit they named The Okoa Project after the Swahili word okoa, which means “to save.” They continued to work with McCracken to establish the ambulance program in Mbeya. Being a female-led organization has “allowed us to truly focus on the women-centered parts of design, more than other organizations or products do,” Young says. “One of our biggest focuses is maternal health care and getting pregnant women to the hospital.”

In remote areas with poor road conditions, women commonly receive little or no prenatal medical attention, which could detect treatable complications like preeclampsia, a potentially fatal spike in blood pressure. In these regions, less than half of pregnant women have a skilled attendant present during labor and delivery, which could greatly increase their chance of survival if a problem arises.

Motorcycles are the primary mode of travel throughout East Africa, but taking a boda boda (motorcycle taxi) is expensive and uncomfortable, and it’s dangerous for pregnant women to travel on the back of the motorcycle for hours on rough roads. To work within this existing transportation infrastructure, the team designed a universal attachment that “can turn any motorcycle into a lifesaving device.”

The Okoa Project uses a community-centered design approach to the ambulance. “We want to make sure that the community is involved in every step of the design process,” Young says. The team traveled to Mbeya early on and held focus groups with mothers, husbands, midwives, village leaders, health-care workers, and motorcycle drivers to get a wide range of perspectives on the safest, most comfortable way to transport people—especially pregnant women. “We’ve done over 500 interviews to inform our design,” Young says. 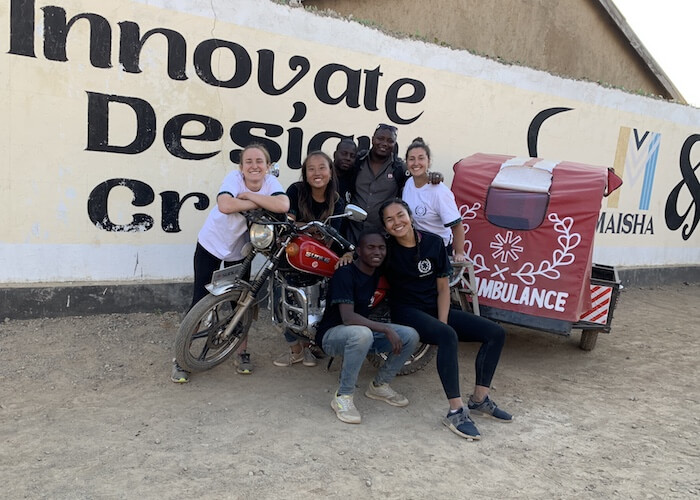 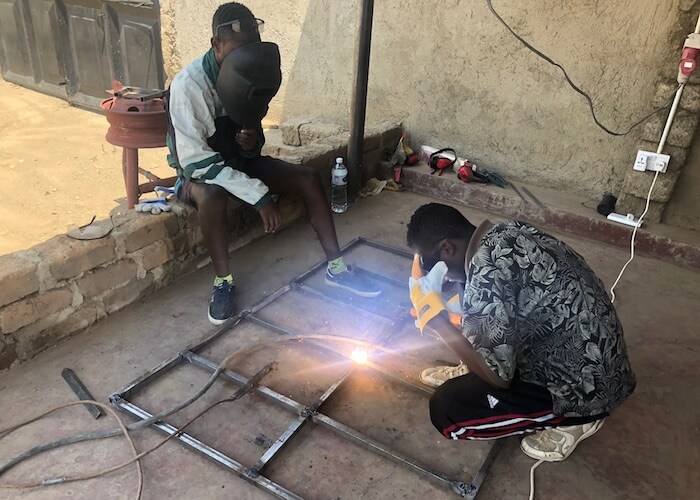 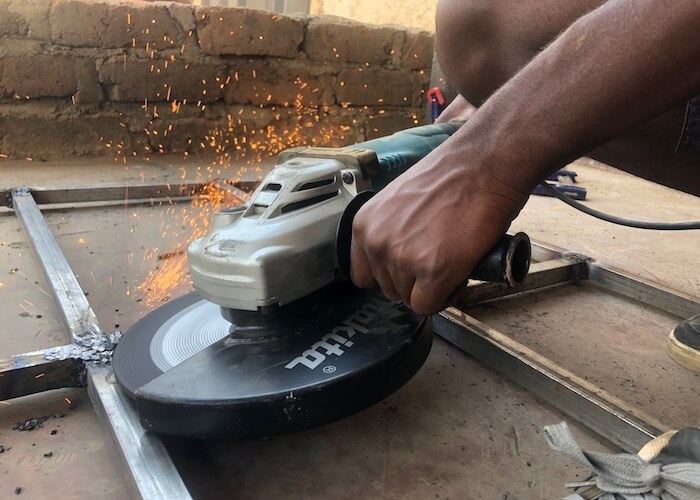 The local Tanzanian technicians helped in the iterative design process of the ambulance. Courtesy of The Okoa Project. 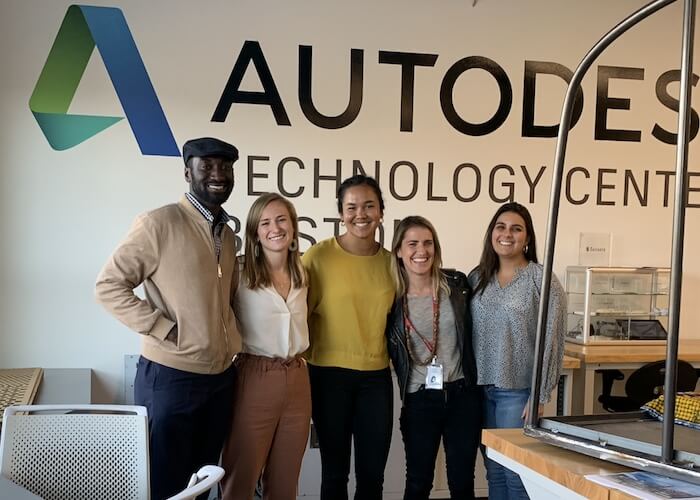 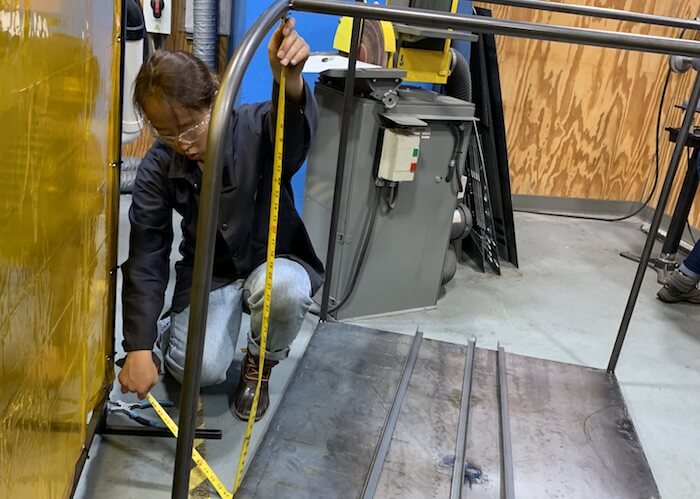 Building the ambulance motorcycle attachment prototype at the Autodesk Technology Center in Boston. Courtesy of The Okoa Project.

Young even brought an early prototype into the community for people to see and use. When the Okoa team talked with people about the design, “we realized that there were some big changes we needed to make, mostly in people feeling secure—having it be a private experience of going to the hospital,” Young says. Those changes included creating an enclosed ambulance for complete privacy, an onboard birthing kit, and an additional seat so a friend or family member can accompany the patient. There have been six prototypes so far, each iteration with improved safety and comfort based on community feedback.

The Okoa Project joined the residency program at the Autodesk Technology Center in Boston to improve upon its original design and manufacturing process; its production operations are based at the Kubuni Centre and Collaborative, an innovation space in Mbeya. “We train local technicians to build our ambulances in-country,” Young says.

The iterative design process has been a collaborative back-and-forth between Okoa’s engineers and the Tanzanian technicians, including apprentices, some of whom are youth forced to drop out of school early. “We also really focus on teaching and skill-building, as well as knowledge sharing across cultures,” Young says. “They showed us some of the ways to use motorcycle parts that were readily available and also make something attachable to the back of any motorcycle.” 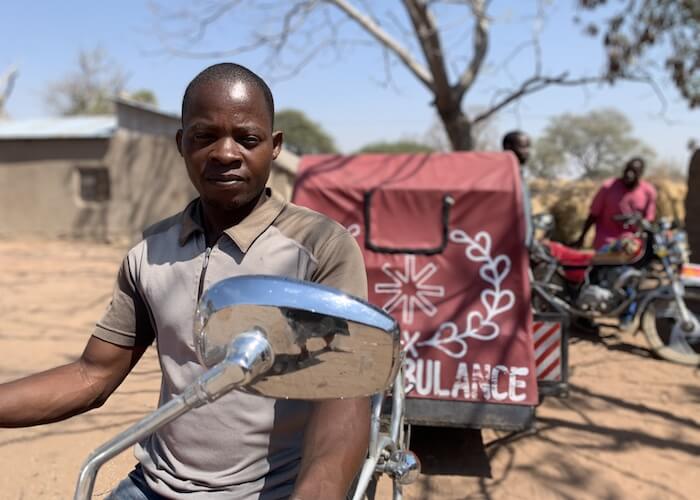 Local motorcycle drivers gave their input on what would be the safest, most comfortable way to transport patients. Courtesy of The Okoa Project. 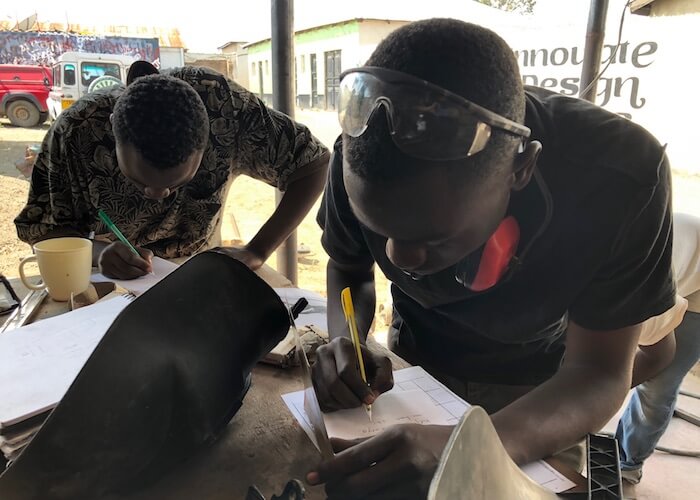 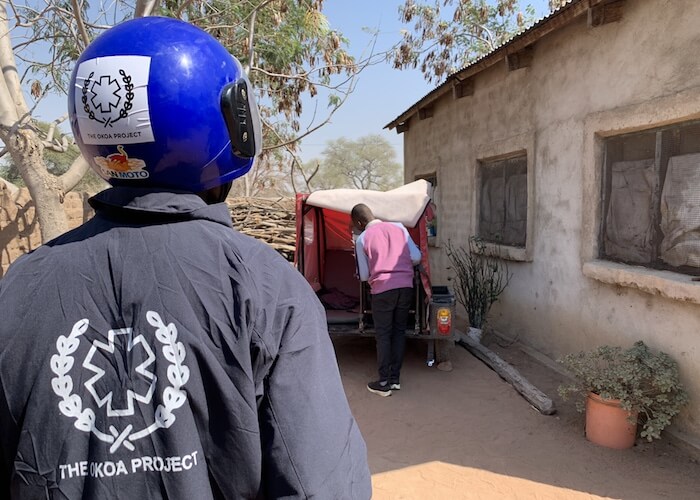 The Okoa Project’s future holds opportunities to explore generative design and to innovate on other health-care technologies, such as customized wheelchairs. Courtesy of The Okoa Project.

Creating the Okoa ambulance has been a lesson in cross-cultural design thinking. Whereas the technicians design as they build, Young instead starts with an image. “I am a very visual communicator, and I like to draw things,” she says. “I really like CAD and engineering drawings.”

Despite the different approaches, the two methods are complementary, especially with Young’s portable design program. “We’ve been using [Autodesk] Fusion 360 to coordinate the design,” Young says. “Since it’s a lighter CAD product, we’ve been able to use it while we’ve been traveling.” The agile program has enabled The Okoa Project to explore generative-design possibilities in 2020 and has made field implementation more streamlined as the teams work together.

The ambulance is 60 inches wide by 64 inches long and costs $1,200 to design and build. All materials are locally sourced, so it’s easy to make repairs. Okoa is currently working to improve the already robust suspension to create a smoother ride over the terrain.

Once the motorcycles are ready to hit the road, they’re handed over to a motorcycle driver who’s been trained to transport patients. It’s another link in the sustainability of the design and completes the community-centered connection between people and medical care. “Our ambulances are built to save lives, but they also create local jobs and strengthen health-care systems that already exist,” Young says. 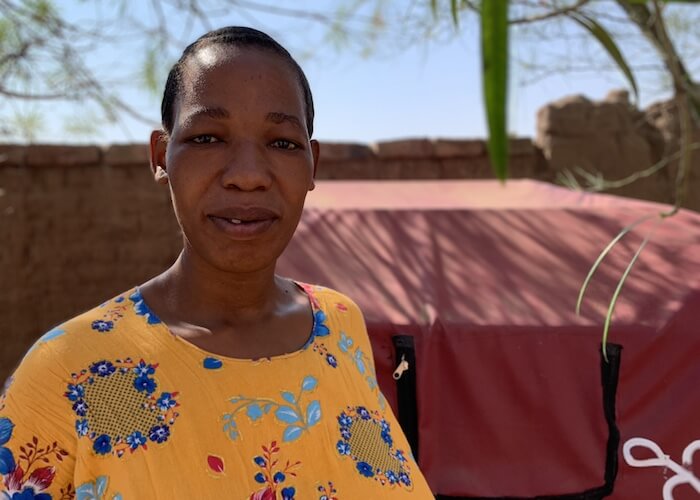 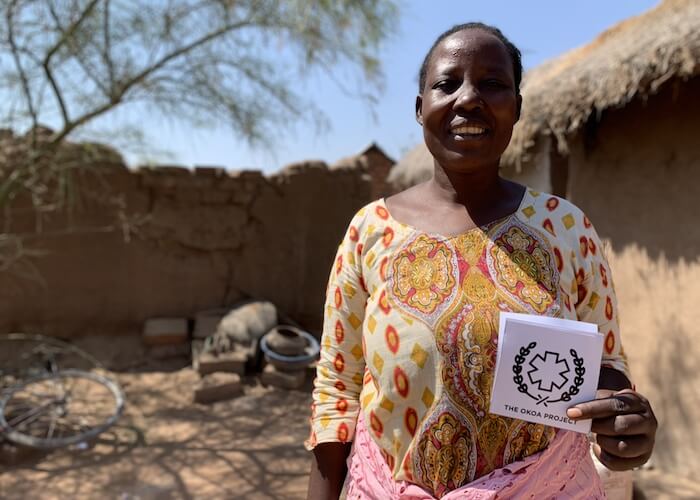 Ambulance dispatcher Mama Rosie, who helped Helena Boniface get to the hospital in time. Courtesy of The Okoa Project.

People in Mbeya are using the three ambulances currently in service. Young recently met Helena Boniface, who took one of the Okoa ambulances. “She was extremely sick,” Young says. “She couldn’t talk; she couldn’t eat. She was having extremely bad diarrhea and was really worried that her health would be compromised.” Boniface was also pregnant and worried about her baby. “Helena contacted the local ambulance dispatcher, Mama Rosie, and got to the hospital in time.” With mom and baby now doing well, Helena’s made a big decision. “She said she’d also take the ambulance to deliver.” It’s an anecdote that supports The Okoa Project’s mission: “Saving lives. One ride at a time.”

The three ambulances in Mbeya serve a population of 5,000 people. By the middle of 2020, 13 will be operational in Tanzania and in Ghana. Within the next five years, the team plans on building 250 more units to serve between 750,000 and 1.25 million people.

Young is already thinking of what’s next for The Okoa Project. “The last time we were in Tanzania, we helped customize a wheelchair for a man out in the communities we work in,” she says. “That sparked a lot of ideas about other ways we could help with innovative technologies.”