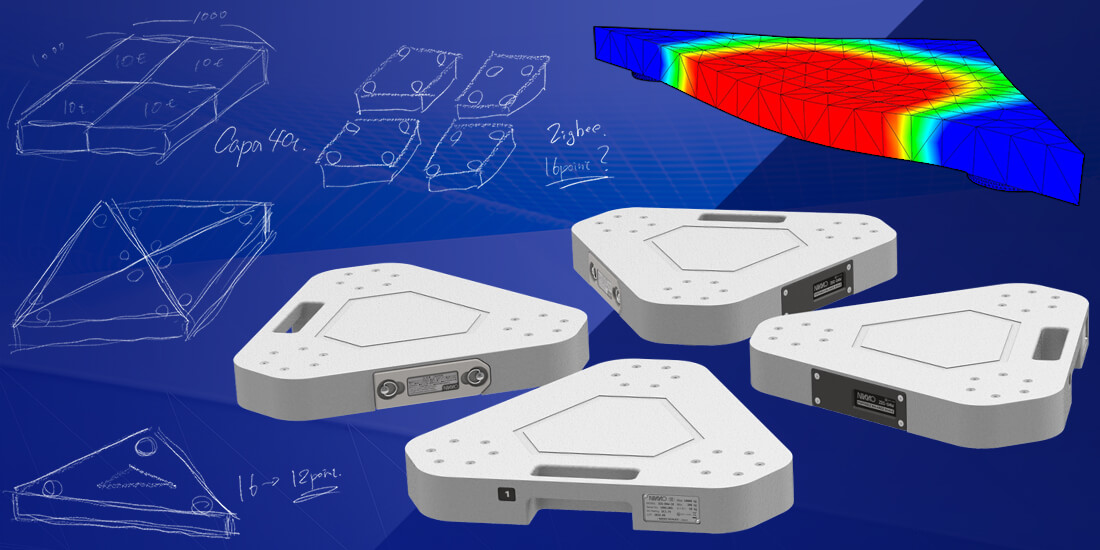 Nikko Scales has long been a reliable leader in Japan’s measurement-equipment manufacturing industry. In recent years, it has dramatically increased its product lineup, leading to increased sales. The company’s designers had been hesitant to make the switch to 3D for their design work, but the overwhelmingly positive results sparked company-wide reforms. The firm’s equipment measures very large objects, such as trailer trucks and factory products in excess of 300 kilograms (661 pounds). The scales, renowned for their durability and precision, are also very heavy and comparatively expensive.

“The durability of our products only becomes apparent after many years of use, so given our prices, they can be a hard sell to first-time customers,” says Kenji Aoki, Overseas Division manager. “We thought that by transitioning to 3D CAD and making use of CAE [computer-aided engineering] tools, we could better explain our products through simulations to show our customers why they’re built the way they are—and why they’re so heavy.”

In evaluating his company’s past, Aoki says, “You can look at it positively and say we were a stable business, but another way to look at it is we were static, without any growth.” In the early 2000s, Nikko Scales switched from traditional drafting to 2D CAD tools for its design process. But in the 13 following years, it launched only one new product. “We were too busy producing existing products to come up with new ones,” Aoki says. “As a salesperson, that is not the place you want to be.”

Nikko Scales realized if it wanted to accelerate the traditional development cycle—from conception to design; prototyping; testing; and, ultimately, mass production—it needed to start using 3D tools. “With 3D CAD, we hoped we could visualize products while they were still in the design and prototyping phases, shortening our PDCA cycle,” Aoki says.

However, the company encountered setbacks in adopting 3D tools. First, the initial costs for software, hardware, servers, and support came to almost 10 million yen (approximately $100,000). There was also resistance from the design team. “We expected our staff to embrace 3D CAD to help reduce their workload, but that wasn’t the case,” Aoki says. “Their reaction was more like, ‘Why do we have to use 3D? We were just fine working in 2D!’ They were surprisingly united against the notion, to be frank.” 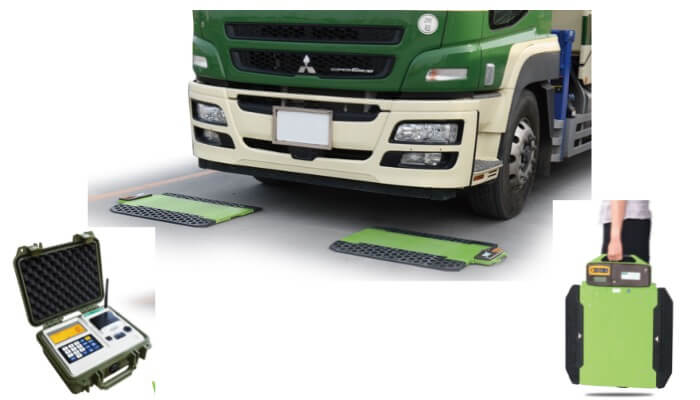 Visualization of the ZAK-06W portable weighing scale helped with securing preorders while the product was still in development. Courtesy of Nikko Scales. 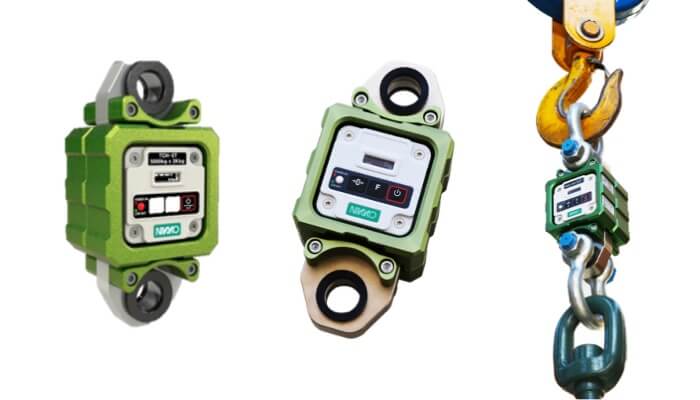 A rendering (left), a prototype (center), and the final product (right) of the 3D-designed WCS, a compact and lightweight wire length meter. Courtesy of Nikko Scales.

“There was no positive consensus or overnight revolution among the staff,” Aoki says. The first step forward was to demonstrate the benefits to management to break the impasse. He contracted outside experts to do visualization work on a product under development. With that data in hand, Aoki surveyed customers and got the feedback to secure orders before mass production began. “These preproduction sales were a first for our company,” he says. “This trial success convinced management to support 3D adoption, and they brought the rest of the staff around to the idea.”

The team selected Autodesk Inventor for its 3D CAD design work because that would let members use AutoCAD software’s proprietary DWG files and data from suppliers in their native formats. “When you have to convert data between formats, there is a greater chance of mistakes creeping into the data,” Aoki says. “Being able to use native data formats is a big advantage for us.”

The next hurdle was getting designers to use the 3D CAD tools. “While we were able to keep initial costs down, I could see the cost of deployment would not end with the purchase of the necessary software and hardware,” Aoki says. “I expected it would take five years to fully switch over to the new technology, so I was projecting additional losses due to lost work hours in the interim. To reduce this impact, I planned to start vendor product support from the get-go. At four hours of start-up support per day, twice a month, for six months, the total came to 48 hours.”

With only 48 hours of on-the-job training to work with, Aoki made a plan. Working with a vendor experienced in starting up manufacturing programs, he analyzed the company’s needs and prepared a curriculum that covered the processes they needed to learn. He identified trouble areas following deployment and prepared internal manuals and special training for new hires. One final task lay ahead of Aoki: getting the designers on board with his plan. 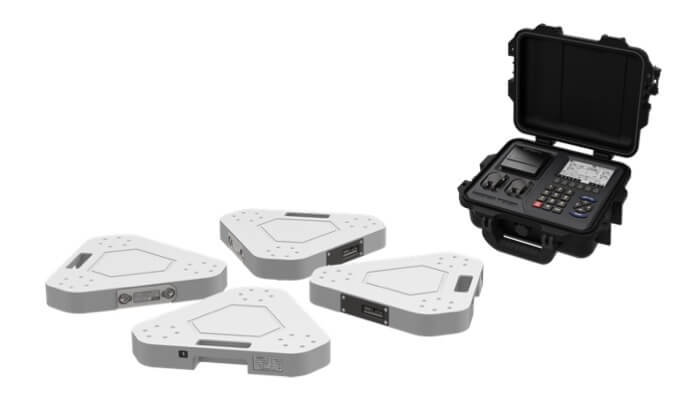 Rendering of the ZEG series: compact, lightweight, wireless weight scales that can be split. Courtesy of Nikko Scales. 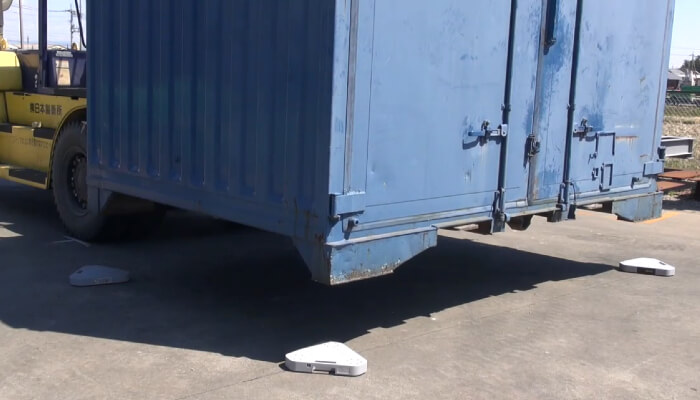 The ZEG series can be divided into four parts to measure any size of container. Courtesy of Nikko Scales. 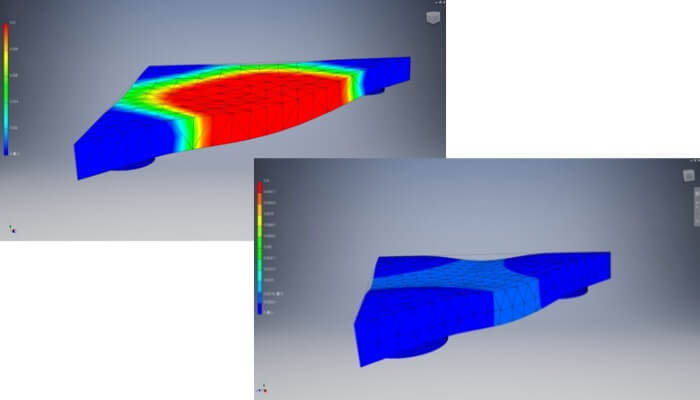 4
The 3D design allows Nikko to analyze in-house how the shape affects the load. Courtesy of Nikko Scales. 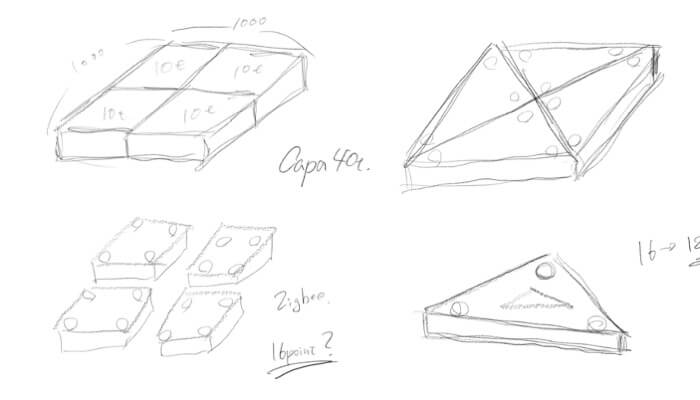 Sketch of the ZEG series. Courtesy of Nikko Scales.

“There are only four members in our design team,” Aoki says. “I knew it would be difficult for all of them to train their 3D skills equally while handling their normal workloads. I decided to designate the newest member of the team as my ‘3D champion.’ He would receive the most intensive training and then share his knowledge with the other three members. My champion came from a humanities background and had no 2D CAD experience but dived headfirst into learning 3D design. Manipulating objects in 3D, like the CG used in movies, became a big motivator for him. His enthusiasm was infectious and spread to the rest of the design team.”

With the new processes in place, the team used CAE to integrate product concepts into their designs before prototyping began, effectively eliminating the number of handoffs between the prototyping and design phases. By reducing the number of prototypes to fabricate, the production team could use the time saved to focus on ramping up mass production.

Instead of the five years Aoki originally expected to complete the transition to 3D—including part modeling, shifting to a fully 3D design approach, CAE standardization, and establishing visualization processes—it took much less time. Between 2014 and 2017, Nikko Scales put eight new products onto the market, an enormous increase in output: 26 times faster than the previous rate of one new product in 13 years. Following the transition to 3D, employees found the same tasks required as much as 80% less time, and on average, they were able to cut the total hours for a project in half.

Looking back on the deployment process, Aoki says: “3D CAD did not just change the way the design team worked; it sent ripple effects throughout the entire company. Our sales staff, who are not technical experts, use visualization tools in their work, and we use CG images for our product and service manuals. While design work can take a little longer, looking at the big picture, we have dramatically shortened our product-development cycle. The switch to 3D didn’t just change our design department; it changed our company as a whole. It encourages us to broaden our perspectives on what is possible.”

Nikko Scales is now looking into augmented reality (AR) applications. “Our products can be especially large and often weigh several tons,” Aoki says. “We can’t just bring a sample product to a sales call. With the release of Apple’s Reality Converter, we can take our data straight from Inventor and project a CG image at scale through the camera of an iPhone or iPad onto a site. By sending a file, we don’t even need to send sales staff for a demonstration. I’m looking forward to finding what other benefits 3D can bring us.”