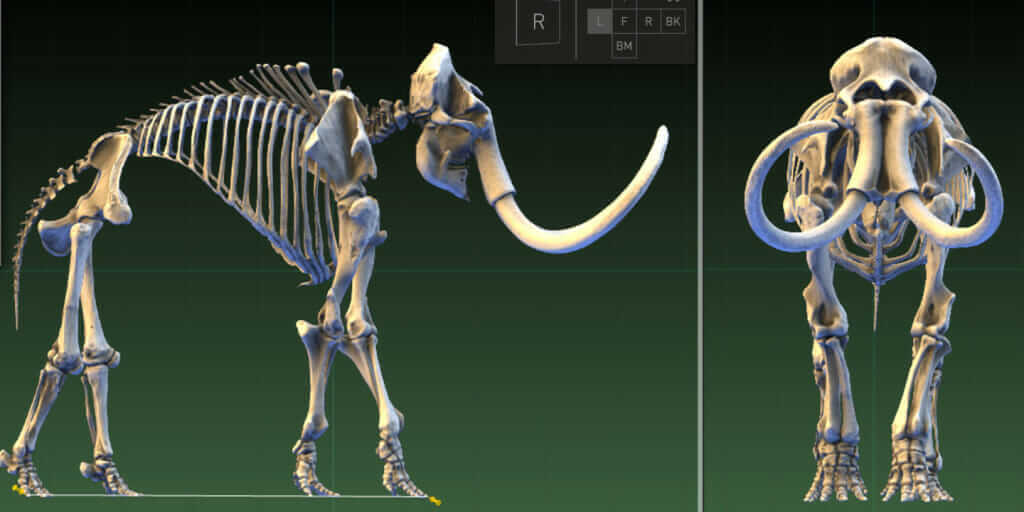 The first time Louise Leakey, a third-generation member of the famed Leakey paleontologists, set her eyes on a 3D scanner she could actually operate, she screamed with joy: “I can actually use that!”

In the fall of 2014, Leakey and her team at Turkana Basin Institute in Kenya created close likenesses of 1.8-million-year-old fossilized remains found at Kenya’s Lake Turkana Basin. They used 3D scanners and 3D printers to create replicas of the fossils of crocodiles, a prehistoric elephant, and a giant tortoise that were found in the 1970s and 1980s by researchers (which included members of the Leakey family).

But Leakey couldn’t operate the complicated hardware and its attendant software herself. She relied on others with a software and engineering background to take the scans and turn them into digital images.

Three-dimensional scanning—using a handheld scanner to import information about an object’s geometrical shape and other information into a computer-aided design system—has become an important tool for many researchers and companies. And, according to market research and consulting firm Grand View Research, its use is about to grow as 3D scanners that can be used by those who aren’t trained engineers or otherwise technically skilled are introduced to the market.

3D scanners have become invaluable across a range of industries that need to capture the geometry of an object and re-create it in software. To bring those real-world dimensions into the computer, 3D scanners fire a beam of laser light that reflects back from the object it hits, then measure the amount of time it takes for the light to return and calculate how far away the object is. The scanner continues to rotate, measuring the object completely. The resulting “point cloud” is exported to software such as Autodesk ReCap, and the dots are connected to create the digital image.

Unable to attend the Real 2015 Autodesk PLM conference in San Francisco, Leakey created a video that was shown to conference attendees. In it, she revealed that when the African fossils were found, they were too large to transport to Nairobi. The paleontologists built fossil enclosures, but exposure to the elements had eroded the fossils over the years.

“We now have the use of two handheld scanners donated by Artec [Group], and we recently scanned these especially large fossil sets on the east side of Lake Turkana, which has provided a much-needed digital record as these specimens had been damaged by wind and water where they are,” Leakey says. “Models of the giant slender-snouted crocodile, the giant tortoise, and the nearly complete skeleton of an ancestral, ancient elephant were captured with the Artec scanners but also with photogrammetry.”

With help from 3D scanning, paleontologists and students are discovering new clues about the past. “What did our ancestors look like? Where did they come from? Students ask this, and fossil evidence can tell us the answers,” Leakey says. “With our new information, they can observe and handle and see something very close to the real thing.”

Now Leakey helps manage AfricanFossils.org, where users can explore digitized fossils, download 3D models, and create replicas of some of the African fossilized remains. The two-dimensional cardboard pieces can be downloaded, cut, and then stacked to create the replicas.

The scanned collection on the website includes specimens housed in the National Museums of Kenya and the Turkana Basin Institute field stations. Some scans are taken from cast replicas rather than original specimens.

The African Fossils team captured most of the specimens on the website through photogrammetry, with a single-lens reflex (SLR) camera mounted on a tripod. The team used Autodesk 123D Catch and Autodesk ReCap 360 to convert the photos into 3D digital models and then turn the scan data into 3D computerized models with Geomagic Studio. Some models were captured with a Faro ScanArm or a structured light scanner from LMI Technologies.

“Many classrooms don’t have access to 3D printers, and building a model by assembling laser-cut pieces of cardboard does the job just as well,” Leakey says. “We can now get models of our fossils that are as good as or close to the real thing for students to handle.”

Leakey couldn’t have managed much of her recent work without the scanners, she told Tatjana Dzambazova, senior product manager for reality capture and digital creation at Autodesk. Leakey recently started working with Autodesk ReMake provided by Dzambazova’s group to digitize more fossil remains.

Leakey uses ReMake hands-on, operating it herself rather than relying on a team member or representative of the firm providing the scanner to do it for her.

“People are trying to leverage technology to tell another story,” Dzambazova says. “They can’t use the tools available today, which are made for engineers and require a vastly different knowledge and toolset than they have. ReMake is a tool all of them can use, and they can scale it to their use.”

Evolving paleontology technology is proving to be indispensable for many researchers of late. Outside of Leakey’s work in Africa, the Smithsonian Museum’s Digitization Program Office (based in Washington, DC), is working to digitize about 10 percent of the museum’s 137 million objects, artworks, and specimens and to make them available for viewers at Smithsonian X 3D.

But that’s the case with fossils at many museums and galleries, Leakey says: “Many of these specimens remain inaccessible, especially to the public, who would rarely be afforded an opportunity to see them, as they’re stacked away in trays, in line after line of shelves in dusty museum laboratories, bogged down by restrictions and regulations about who can handle them.”

With 3D laser scanning and digitization, that other 99 percent may finally come to light.