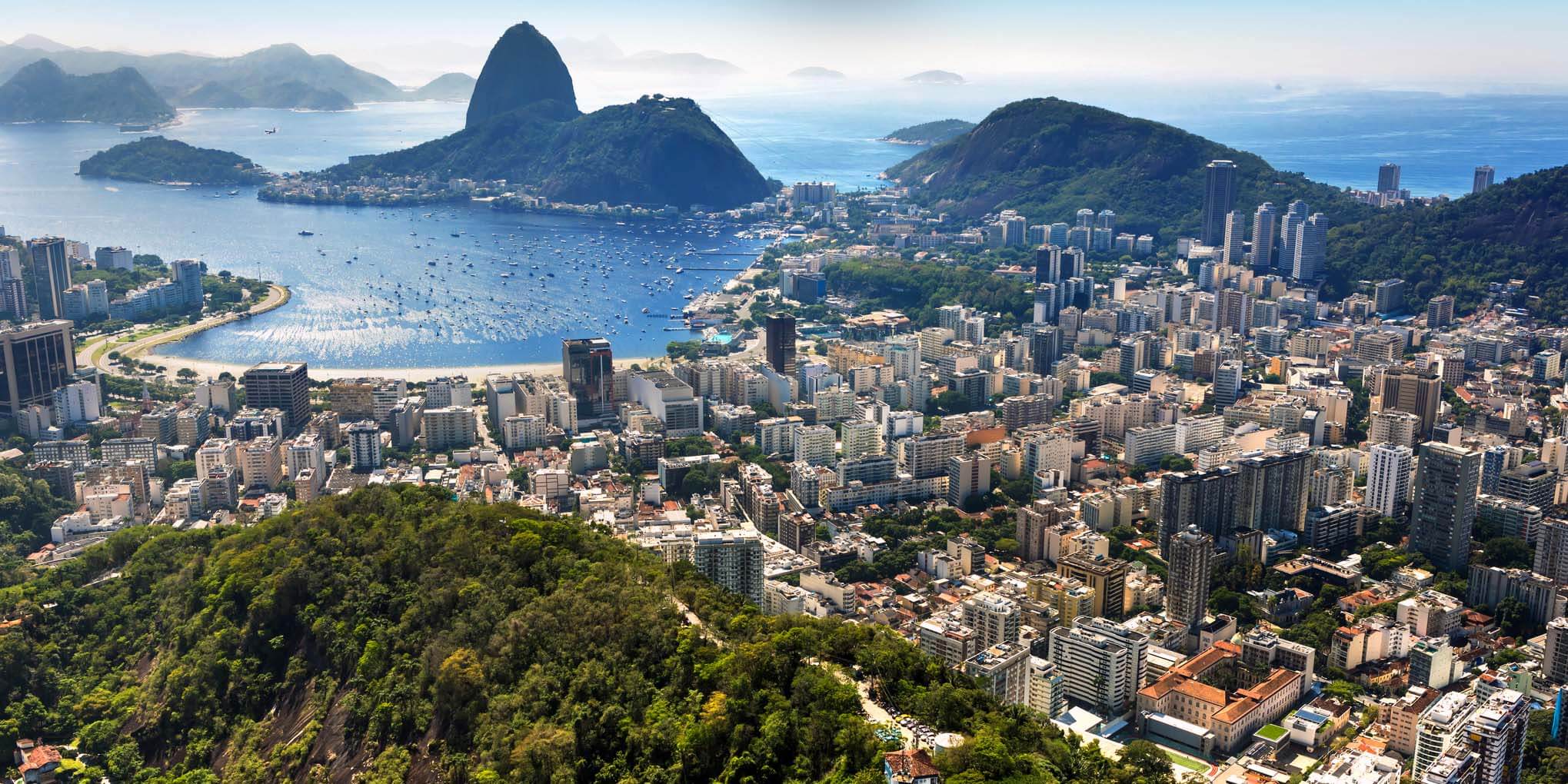 There’s something in the water in Brazil—lots of things, actually. In the Amazon River, pink dolphins, giant otters, electric eels, enormous anacondas, and knife-toothed piranhas are present. But the fauna’s not all: Disease-causing microorganisms flourish in the rivers, basins, and bays of many Brazilian cities, including Rio de Janeiro.

Because it’s home to the Amazon rainforest, Brazil is ground zero for environmental crusades, including clean-water campaigns. In Rio, however—some 2,000 miles east of the Amazon—it’s not just stewards, scholars, and scientists leading environmental-cleanup efforts. The Brazilian Army is using an unexpected tool to catalyze environmental action in water-challenged Rio: BIM (Building Information Modeling) .

Rio de Janeiro was one of the first modern cities in the world to have a sewer system, which it began constructing in 1857. Back then, the city’s population was just a fraction of its current 6 million-plus people, and the original engineers created a single system to convey wastewater and stormwater through the same pipes into Rio’s rivers and, from there, Guanabara Bay.

“In old times in Brazil, it was common to build sewers and drainage systems together,” says Halan Oliveira, a civil engineer with the Brazilian Army. “It was easier to build and took less time. The population was smaller, so there was no problem if sewage went together with stormwater into the rivers. But then the city started to grow. The population exploded, and now we have a problem.”

That problem is well-documented—most famously, perhaps, by the Associated Press (AP), which published a stunning rebuke of Rio’s water in August 2016, just days before the start of the 2016 Summer Olympics. Viral levels were “up to 1.7 million times what would be considered worrisome in the United States or Europe,” reported the AP after a 16-month study of water quality at Rio’s Olympic and Paralympic venues. “At those concentrations, swimmers and athletes who ingest just three teaspoons of water are almost certain to be infected with viruses that can cause stomach and respiratory illnesses and, more rarely, heart and brain inflammation.”

At fault: Rio’s wastewater/stormwater drainage system, which not only releases 100 liters of raw sewage per second into the environment but also causes widespread flooding during large rain events due to its limited capacity.

As part of its winning Olympic bid, Rio pledged to invest $4 billion in wastewater treatment with the goal of decontaminating 80% of wastewater flowing into Guanabara Bay. Although it missed its target, Rio continues working toward its objectives thanks in part to the Brazilian Army, which this year will complete a four-year project to modernize the sewer system in the Rio neighborhood that it calls home: the 1,100-acre Military District.

The underground sewage network in Rio’s Military District was built before World War I (circa 1908). At the beginning of the 21st century, major sporting events in the neighborhood (2007 Pan American Games, 2011 Military World Games, and 2016 Summer Olympics) prompted the construction of the Deodoro Sports Complex. And in 2016, as part of Rio’s Olympic cleanup commitment, the Brazilian Army commenced rebuilding the century-old system to separate wastewater from stormwater and route it to a new water-treatment plant instead of into the Marangá River—a major undertaking.

Rio’s sewage network is not a simple rope of plumbing that can be unraveled: The task was to install new, dedicated systems for wastewater and stormwater in the same trenches as the previous dual-use system, to be completed in advance of the Games. “The Sports Minister always had this goal,” says Colonel Francis Monteiro Gusmão. “So they knew if they separated two networks, the pluvial network from the wastewater network, they would have as a bonus to clean the bay area.”

That complexity demanded an updated approach to construction; engineers turned to BIM to plan and optimize their designs. The first challenge: Because the existing infrastructure was so old, there were no blueprints for it.

Working around four systems (drainage, sewers, electric, and gas) without a map, Oliveira says, “in some cases, we had to go to the site to do surveying to find old structures.” The project team conducted a manual land survey, which produced thousands of geometric points that were then plotted on a map using Autodesk Civil 3D.

“Our site teams had to carry out the excavation works carefully because, in spite of all our efforts, clashes could happen during the excavation, and gas and electric structures can be affected,” Oliveira says. In this case, it turned out the gas network was located higher than the 1.5 meters reported: “We almost hit it,” he says. Compiling an accurate map of these utilities would help avoid these clashes, making things much safer for workers and the public.

From that map, the team created a digital terrain model for planning and design purposes. Armed with population data and other inputs, engineers using the Civil 3D Storm and Sanitary Analysis add-on analyzed water discharge points and flow rates to ensure proper system function. Likewise, the team performed interference checks to ensure new sewage and drainage pipes did not collide with each other, with the old pipes, or with proximal gas and electric lines.

Political complexities compounded this process. “We had a military government in Brazil for three decades, and by this time, the infrastructure was like a prison lot,” Colonel Gusmão says. “And after that, we had a culture of a republic with four-year government, so every four years, everything changes; that’s why this challenge exists.”

Logistics also were a factor because work had to be executed without disturbing active military structures and operations. “We couldn’t stop the troops; they needed a gas supply, water supply, and electric supply,” says Oliveira, whose team divided the 43 buildings in the Military District into zones; while the team worked in one zone, military operations were uninterrupted in the others.

Although work is still underway, results already are apparent. Oliveira says the flooding once common in the Military District has stopped where work is complete. Those buildings are now conveying all wastewater to Rio’s wastewater-treatment plant instead of natural waterways.

Arguably, the project’s biggest impact will be as a case study for the rest of Rio—proving these necessary updates are also affordable. The project cost an estimated 40% less than a conventional project—a savings of USD $15 million. Some of that savings comes from using lightweight HDPE (high-density polyethylene) pipes, which are more expensive than standard concrete pipes but less expensive to install. Much of the savings, though, is through BIM increasing precision and decreasing errors.

BIM will likely be woven into Brazil’s broader infrastructure efforts. “Our federal infrastructure minister used to be military, so he will probably be very interested in applying BIM mandates in the near future,” Colonel Gusmão says. “The government wants to apply BIM at a federal level, so it will happen in phases until 2028, and the first phase will be 2021.”

The technology’s economic benefits will make this project—and, by extension, its environmental impact—replicable for future projects. “If you can’t deliver a cheaper result, the Brazilian government will not be interested,” Oliveira says. “The Military District is just a small neighborhood. This project is a chance for other authorities to see it’s possible to use BIM for large jobs across the city. If each neighborhood carries out the same job we are carrying out, we can have a better environment in the future.”