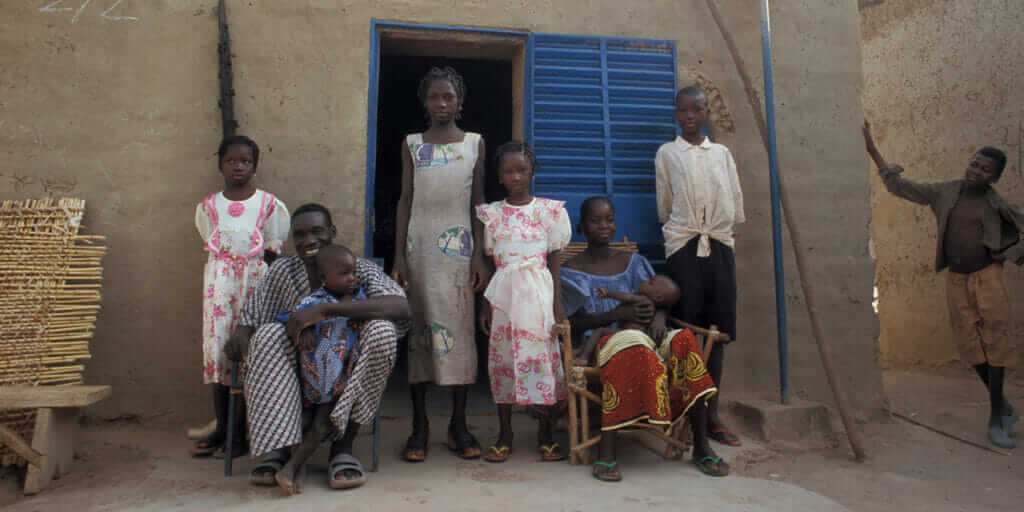 The next 20 years will see the largest global population boom in modern recorded history. The United Nations reports a population expansion of an additional 2.4 billion people (reaching 8.4 billion total) between 2015 and 2030. And 1.3 billion of this population surge will happen on the African continent.

What’s more, the UN report continues (p. 3), growth in Africa will reach 25 percent of the world’s total population in 2050—forecasted to a massive 39 percent of Earth’s inhabitants by 2100.

While groups such as KickStart International tackle the problems of feeding this future population, other organizations are taking on the challenge of housing. Realizing the need for local solutions to what are essentially continent-wide problems, MASS Design Group and The Nubian Vault Association train architects and masons, respectively, with skills using local materials and time-tested methods.

“To design effectively, you have to first immerse yourself in the environment, the context, and the community you will be building in,” says Christian Benimana, MASS Design Group’s Rwanda programs director at the African Design Centre (ADC). In addition to implementing the MASS Design Group building concept, Benimana’s task is to train the architects who will inherit the challenges presented by Africa’s population boom.

“To understand the situation,” Benimana adds, “design must learn to valorize local assets: materials, practices, know-how. This is what we call ‘lo-fab’ construction, or local fabrication. It involves building with locally available materials, working with local labor, and designing to incorporate local crafts and artistry so that the building process becomes an opportunity to invest in the community that you are building for and building with.”

MASS Design Group’s services vary, but throughout the process, the organization aims to “collaborate with the communities our buildings will serve, approaching every project as a chance to invest in their future,” Benimana says.

But what does that mean on the ground? “When we talk about ecological design for buildings that have complex electrical or HVAC systems, we are interested in those systems’ resource consumption over the course of a building’s lifetime,” Benimana explains. “But when we are designing buildings in temperate climates and optimizing for natural light and natural ventilation, the building’s operation is inherently environmentally friendly.”

Benimana and MASS Design Group pursue designs using materials and construction processes that limit the detrimental ecological and poor livability results of current construction methods. Benimana sees this impact-based design as “a paradigm shift toward building local, which will be critical to develop the more sustainable cities of tomorrow.”

Those cities and settlements, of course, will be built by the next generation of builders. Fortunately, the ADC is on target to open its first architectural training center this fall. The MASS Design Group team has finalized the ADC 2017 curriculum, including hands-on practice designing and constructing a project in Rwanda that follows the impact-based methodology embracing “deep community engagement to post-occupancy evaluation,” Benimana says.

Nubian Vault has trained hundreds of masons and apprentices who have, in turn, built thousands of vaults in schools, health facilities, administrative offices, and agricultural centers. In all, 24,000 people in the Sahel region of central to West Africa are benefitting from Nubian Vault construction, which has generated €2.4 million for the local economy. This is a remarkable achievement on a continent where housing is typically made of timber (in short supply) and with tin roofs (expensive, prone to decay, nonreplenishable). The Nubian Vault design is timeless, and by using local materials and engaging community members, “the NV is a real solution for housing at the BOP”—the “Base of the Pyramid,” an economic term used to describe the poorest sector of global citizens—Preuss says.

“These are ancient Egyptian—and therefore African—buildings,” Preuss says. “Nubia is a region overlapping today’s Egypt and Sudan, along the Nile, where the technique was born, hence its name. The most symbolic Nubian Vault existing today is in Luxor and has stood for over 3,000 years. The construction of the NV is very simple and easy to transmit from mason to mason.”

That transfer of knowledge lays the groundwork for the future masons who will bear the construction burden of population growth in Africa.

“Our long-term objective for the people of the Sahel is for the Nubian Vault to be available on the market alongside any other constructive solution, making sustainable housing an accessible option for the greater number in that region,” Preuss says. “If, for instance, we could accelerate market growth by 10 points, by 2030, we’d reach 200,000 buildings achieved, 60,000 masons trained, and three million beneficiaries. Then, the NV would have truly implanted itself on the building market and would be available to nearly everyone.”

MASS Design Group and the Nubian Vault Foundation are Autodesk Foundation grantees, chosen for their innovative use of design and engineering to solve the world’s most pressing challenges.