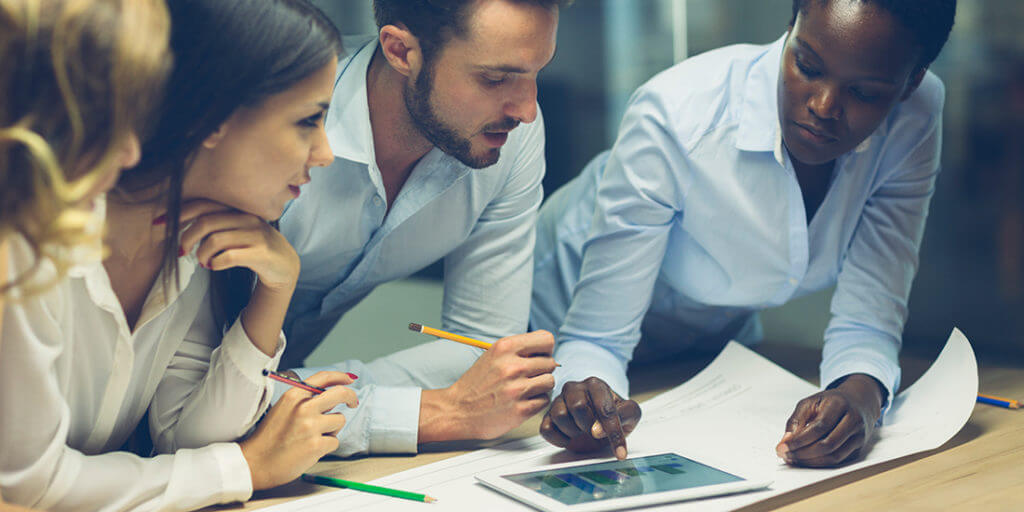 Plamena Milusheva, a designer at Seattle architecture firm LMN, is working on a way to get architects back into their buildings long after construction ends and they’ve turned over the keys.

The trick isn’t a lockpick kit or any sort of clandestine sneaking technology; it’s a networked device she’s developing at LMNts (LMN Tech Studio)—LMN’s research and technology group. The device, called the PODD (Post-Occupancy Data Device), monitors and records factors that influence human comfort, along with other post-occupancy data.

The PODD is a compact (6 by 5 by 4.5 inches) unit that monitors seven metrics: air quality, carbon-dioxide levels, carbon-monoxide levels, air temperature and humidity, light, sound levels, and radiant temperature. Milusheva says this multifaceted data can show designers “how we learn from our buildings to make even better buildings.”

This information helps architects understand ways buildings might be running inefficiently or making occupants uncomfortable. When every electron needs to be conserved, robust post-occupancy studies are the only way to determine which rooms are warmer (or cooler) than they need to be and how natural light shifts throughout the day.

Beyond the PODD, LMN’s research has yielded valuable lessons for architects who can expand their business by managing a building’s functions after the ribbon-cutting. Here are four ways architects can keep getting invited back to help clients throughout a building’s lifecycle.

1. Build Your Own Tools

Gathering extensive post-occupancy data is a relatively new frontier—one that may radically expand the scope of an architect’s practice. Few existing devices integrate multiple sensor types for permanent monitoring of buildings, so creating your own toolset, like the PODD, is sometimes necessary.

The PODD, currently in a prototype phase, is meant to be placed in close proximity to building occupants (on a desk, for example) to simulate their experiences. Each unit is powered by a rechargeable lithium-ion battery and can last two weeks on a charge. One unit within a set is the designated coordinator unit, which is connected to an Ethernet or cellular network. The other units gather data and pass it along to the coordinator, which interfaces with the system’s software and web-based display platform.

The data-visualization features are still in progress; so far, they’re mostly a series of line graphs divided by sensor types and unit, arranged chronologically. The PODD’s technical specifications are all open-source on GitHub. Beyond the size of the space being monitored, there is no upper or lower limit to the number of units that can be used in a network; tests so far have linked as many as 15 units.

Milusheva says that the PODD is primarily conceived as an LMN in-house tool for architects to better refine their designs, though “it can also be a tool for us to talk to clients and building owners about ways they can improve the building performance.

“We developed the PODD because nothing like that exists on the market currently, and we feel it is essential for us to have this normally unavailable information about our buildings,” Milusheva says.

Milusheva is careful to clarify that the PODD collects “proxies for human comfort,” not actual human comfort levels. For that information, you have to talk to actual people. And to fix it, you have to talk to the building. “PODD data really doesn’t work in isolation,” she says. “It needs to be layered with building data collected at the same time from mechanical systems, as well as qualitative survey data—the soft side of human comfort and occupancy.”

For example, according to ASHRAE (American Society of Heating, Refrigerating and Air-Conditioning Engineers) standards, PODD data might indicate that climate systems are perfectly calibrated at a cozy but not sweltering 72 degrees, but qualitative survey data might tell a different story. With this kind of discrepancy, Milusheva says it’s important to investigate what “the building thinks is happening” at those moments by looking at what’s happening with MEP/HVAC systems.

“Each of those things on its own is only giving you a piece of a bigger picture,” Milusheva says. “Until you get all three of them in place, you wouldn’t be able to see if there are any misalignments or shifts in expectation.” With these three different data sets, “you can really start to piece things together and develop a much clearer picture of where to dig further,” she says.

3. Check in With the Right People

Tracking post-occupancy data isn’t just a deal to be made between architects and clients; it also involves builders, everyday occupants, building-maintenance crews, and building owners, who are not always the same set of people as the client. Ideally, these partnerships can last as long as the building itself. Coordinating stakeholders was one of the PODD project’s biggest challenges, Milusheva says. “There are really a lot of people that have to be on board. And those people have their own technical hurdles.”

Absent a full suite of PODD units, architects can still keep clients thinking about the post-occupancy performance of their buildings. “Architects can be reaching out to building occupants with simple surveys to check in and say, ‘Are you comfortable in the space?’” Milusheva says. Remember, she says, “building systems already have sensors in place.” In many buildings, basic HVAC information about factors such as temperature and humidity is attainable, and off-the-shelf smart-building sensors, while much less informative than the PODD units, provide access to real-time data.

Milusheva says temperature, humidity, carbon-dioxide levels, and light levels are the most critical data points to track. Carbon-dioxide level is an often-overlooked factor, and Milusheva says it’s not just a function of stagnant air in an uncomfortably stuffy room. “If you have a two-hour meeting in a closed room with five to 10 people, depending on how well the space is ventilated, you’re going to see spikes of CO2 levels, and that’s correlated with lowered cognitive function and general feelings of tiredness,” she says.

It’s always best to address post-occupancy studies with clients as soon as possible—“the earlier the better,” Milusheva says. LMN brings PODD units to first meetings with clients—even to the interviews set up to win the work in the first place.

It helps that the PODD prototype’s transparent plastic shell draws people in by putting its internal components (circuit boards, wires, and a bulbous, spherical temperature sensor) on display. As project team members slide the PODD across the desk, they tell clients, “‘This is something we hope to deploy and learn from this building when it’s done.’”

Milusheva says seeing the physical tool has a big impact on clients. “People get excited about it. It’s much more concrete, rather than talking about the idea of collecting data in abstract.” And that understanding can lead to a whole new appreciation for ways architects can help keep buildings operating at peak performance, long after construction is complete.