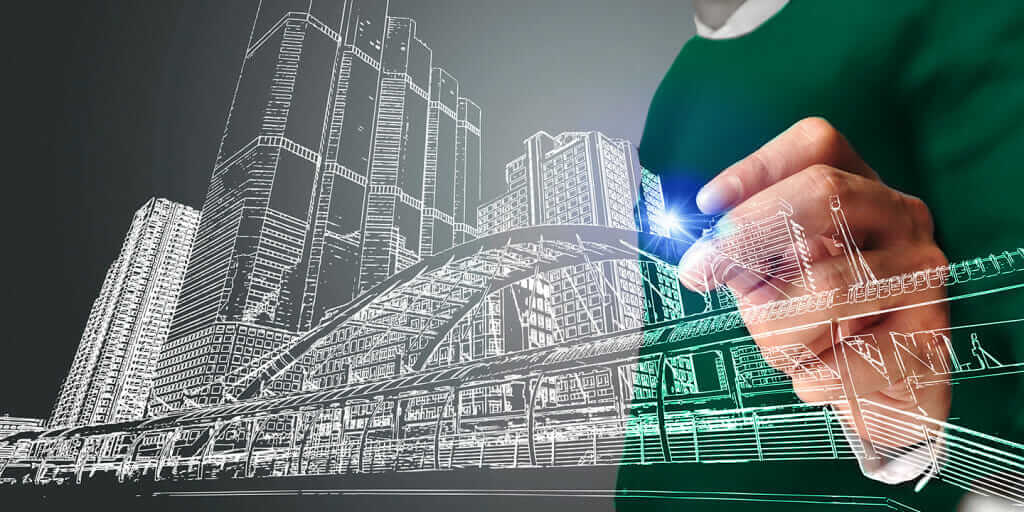 With new technology at designers’ fingertips, is hand sketching in architecture going the way of the rotary phone, typewriter, and travel agency? As non-tech-savvy people who primarily draw by hand retire—replaced by digital-native designers without much traditional art training—it’s a pertinent question for the architecture industry.

In his 2012 editorial in the New York Times, the late American architect Michael Graves emphasized that hand sketching is a must. “Architecture cannot divorce itself from drawing, no matter how impressive the technology gets,” he wrote. “Drawings are not just end products: They are part of the thought process of architectural design.”

He’s not the only veteran architect who has felt that way: Mark Lakeman, founder and principal at Communitecture Architecture, Planning and Design in Portland, OR, has embraced the use of drawing technology by design and technical staff in his practice, yet he exclusively uses hand drawing in his own work. For him, the ability to hand sketch is more than just an old-school architecture skill; it represents “what goes on inside your mind.” “Being able to draw your ideas by hand gives you a special capacity for spatial perception and design,” Lakeman says. “The relationship between design and drawing is more direct because the pencil is an extension of your own body.”

Furthermore, without the “simplicity and directness of the relationship between pen and paper,” Lakeman is concerned that architects will lose the ability to develop and visualize ideas in their minds. “Replacing hand sketching with other technologies will limit architects instead of expand their capacity,” he says.

Lakeman admits that new technology can be powerful, but he’s not going to stop stocking up on pencils and pens. “I don’t like the fact that with digital tools, you have to stop designing when the battery runs out,” he says. “My pen is an extension of my magic—you can never shut off its power.

“And as technology further develops,” Lakeman continues, “does the pace of apparent advancement mean that we should release the very pleasure of doing our creative work? I absolutely reserve the right to question everything that threatens to reduce intimacy and directness of that relationship. Once technology makes everything so easy with a click, will we also let go our culture of deep consideration and reflection?”

Some ultra-tech-savvy architects don’t want to see hand sketching go the way of the dinosaurs, either. Geoffrey Tears—an architectural designer at Mohle Design Inc. in Houston—is in charge of transitioning the firm from 2D to 3D design. But he doesn’t use digital means to the exclusion of hand sketching. For him, a successful design process involves both old-school drawing and digital tools. “Every project I do is typically sketched out first, just to get as many ideas and iterations out as fast as possible,” he says. “It makes it easier to bounce ideas off of the client and your team.”

Tears also sees the benefits of BIM and Autodesk Revit in the schematic-design phase, before design-development and construction-document phases. “We use the massing tools in Revit and Dynamo to understand the overall parti and how things will be laid out in the early stages of a project,” he says.

He says that the BIM process allows him to add valuable accuracy and analysis to his initial hand-sketched ideas. “Translating a hand sketch into a 3D model, starting with a general shape and then refining it and analyzing it, allows us and the client to understand what the building can and can’t do at a very early stage,” he says.

That level of insight in the early stages of the architectural process can help clients make better decisions and save money to ultimately end up with a better project. But despite the benefits of digital technology, Tears doesn’t think it should replace old-school architecture artistry. “I hope that hand sketching never goes away,” he says. “It is the ultimate tool. It’s intuitive, accessible, and quickly illustrates what you’re thinking.”

Even some veteran architects, such as José Bassalo of small Brazilian firm Meia Dois Nove, have adapted their sketching skills in the digital age. “I’ve been working as an architect for 30 years, so I started drawing with pencil,” he told Autodesk’s In the Fold. “With the introduction of CAD, we went from sketch to click, and some of us lost a kind of pleasure brought by the more traditional way of working. The touchscreen technology in FormIt has given us back this lost pleasure of designing with a pencil.”

Even though Autodesk FormIt is a digital tool, its hand-sketching essence gives designers the ability to directly translate ideas on “paper” with hand movements. It is that practice and physical directness that is important, not the actual medium used. And with digital sketching tools, that thought process not only stays intact but also benefits from the quick translation into 3D modeling.

Computer-aided design has matured a lot in the past 30-plus years, from 2D lines on a black screen to complex and incredibly accurate 3D models. The ever-evolving technology has replaced aspects of the original architectural process—hand-drawn technical drawings and blueprints—but it has yet to replace the fundamental art of hand sketching to express the early ideas of a design.

According to Tears, the relationship between paper-and-pencil drawing and digital technology isn’t a standoff, but rather a partnership that is leading the profession to greater heights.

“Hand sketching and digital design do, in fact, go hand in hand, in my opinion, no matter what phase of the project,” he says. “As my process moves into the computer, I am able to quickly analyze and visualize the project more thoroughly, yet I still never abandon sketching and drawing. Many times throughout the design process, I print out my 3D model, and then I proceed to overlay trace paper to produce more ideas via pen or pencil. From start to finish, design means utilizing the right tools to get the concept accepted and to get the job done.”