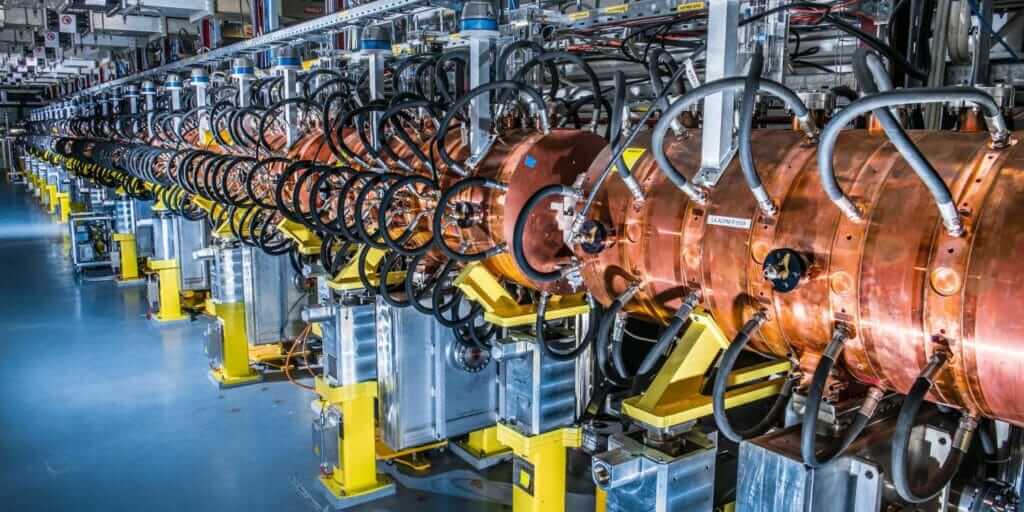 According to the US National Cancer Institute, nearly 40% of Americans will be diagnosed with cancer during their lives. The World Health Organization names cancer as the second leading cause of death globally, causing nearly one in six deaths. In case anyone needs reminding, cancer is a big deal.

Alongside chemotherapy and surgery to remove tumors, about 40% of cancer patients are treated with radiotherapy, which fires ionizing radiation into the body, killing malignant cells with X-ray photons. Roughly 17,000 clinics worldwide deliver X-ray radiotherapy treatment today.

What Is Proton Beam Therapy?

Conventional radiation therapy can damage surrounding healthy tissues because it ionizes the body along its entire path, leading to the potentially serious side effects associated with cancer treatment—which is even more fraught when the cancer is located near a critical organ. Enter the proton, the positively charged particle found in the nuclei of atoms. Proton beam radiotherapy for cancer treatment, which has been in use as far back as 1954, promises more precise control of where it delivers energy to kill cancer cells.

Clearly, proton beam therapy is a much better method, but it’s only available in approximately 111 facilities worldwide. What’s wrong with this picture?

The scientists who started Advanced Oncotherapy asked themselves the same question. Headquartered in London—with 90 staff in the UK, Switzerland, and the United States—the company is taking proton beam therapy into the new age with its novel proton beam therapy (PBT) system, LIGHT.

Advanced Oncotherapy is on target to treat its first patient in 2021. Still, if this technology has been around since the 1950s, why is there development to be done? Quite simply, proton therapy costs too much, and it’s too technically inaccessible. “Current systems are based on cyclotrons or synchrotrons,” Navas says. “They have drawbacks inherent to the design of the accelerating system itself.”

Those systems can be large and heavy and must be manufactured and installed under very controlled (read: expensive) conditions. This can mean systems with the footprint of a sports field, impossible for most hospitals; although smaller accelerators exist, they suffer from the same inherent issues that all cyclotrons and synchrotrons do, such as slow beam-energy modulation that’s problematic for accurate targeting. Requiring a dedicated building plus accelerator equipment, which alone can cost upward of $100 million for multitreatment-room systems, it’s out of reach for most health-care bodies.

Advanced Oncotherapy Quality Manager Neil Barker recalls hearing of a synchrotron installation that required putting the machine in place and completing the building around it. “They couldn’t get an 800-ton crane, so they had to install it using two 500-ton cranes,” he says.

But Advanced Oncotherapy’s system is broken down into constituent parts—modules—and streamlined. An everyday bed lift could move all components, transporting them to the assembly point inside a clinic or specially adapted building, Barker says. That’s because the company is developing a linear accelerator rather than the traditional round shape. The world’s only linear accelerator for PBT, LIGHT offers several advantages over circular accelerators: It can take up less space; does not require expensive, complex cryogenic cooling; demands less shielding because stray radiation is reduced; and offers the ability to change energy levels rapidly on a pulse-by-pulse basis.

The Physics Behind Proton Therapy

The theoretically endless path inside a circular cyclotron or synchrotron means gradually accelerating the particle until it reaches the needed output, but a linear system doesn’t have that endless distance. There’s one short path to get particles from stationary to sufficient energies before they enter the body.

Once there, protons deposit ionizing energy directly before they come to rest (also known as the Bragg peak). Varying the protons’ energy determines the exact point they will release almost all of their energy, destroying malignant cells in a tumor while depositing very little along the way—and none after the Bragg peak. That means healthy tissue can be left almost completely unaffected, thereby improving quality of life during treatment and reducing the risk of long-term side effects.

As it is, Advanced Oncotherapy’s LIGHT solution is only 78 feet long, which can be halved by doubling the beam back on itself while maintaining maximum energy output. The accelerator produces a proton beam of 230 megaelectron volts traveling at 60% of the speed of light, comparable with existing technologies. Advanced Oncotherapy is using Autodesk Inventor and Vault for LIGHT’s design, with Autodesk Fusion 360 managing many of the supporting business processes.

What Happens During Proton Therapy

There’s a lot more to treatment than just lining up the accelerator and telling the patient to hold still. When every treatment involves a complex array of data covering treatment planning, medical imaging, systems management, proton beam energy, and so forth, there’s a clinical and regulatory requirement to accurately monitor and record such information.

The onus is on the hospital’s operators to make sure the different systems (particle accelerator, medical-imaging devices, treatment-planning systems, and more) play nice with each other. “The job of radiotherapy technicians is quite complex,” Barker says. “They have to manually follow the sequence, looking at one screen for this stage of the treatment session and another screen for a different stage.” LIGHT is designed to be a turnkey solution, covering all necessary systems and software. 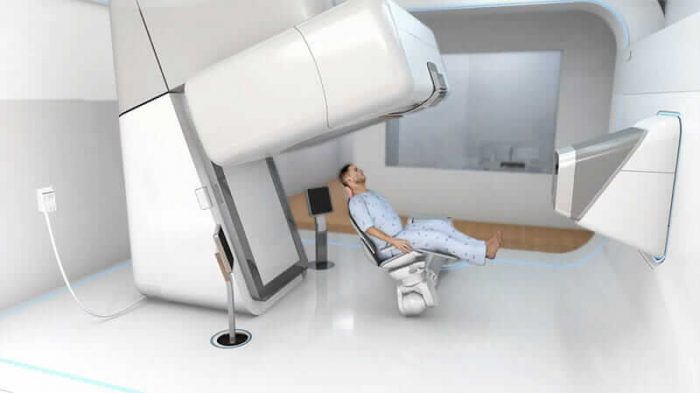 An example of a LIGHT treatment room. Courtesy of Advanced Oncotherapy. 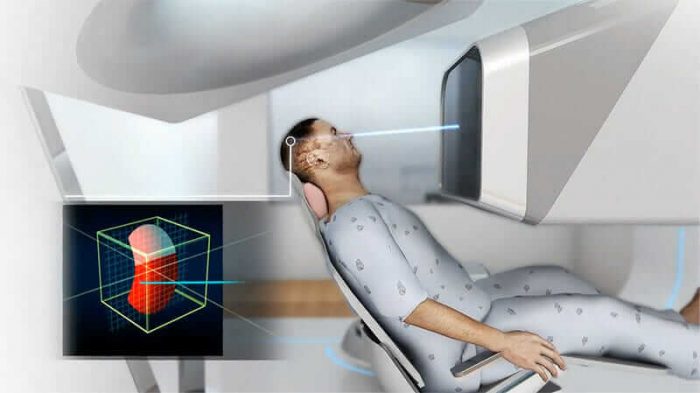 Because Advanced Oncotherapy offers the entire solution, Autodesk Fusion 360 Manage is ideal for a complete document storage and management solution that will enable seamless information exchange among Advanced Oncotherapy, its manufacturing suppliers, and clinical stakeholders.

“At any point, you have basic information about the patient, other therapists, et cetera, on the control screen,” Barker says. “Then, the task screen changes constantly through the workflow to present the current task to the therapist. It removes a lot of the visual clutter from the treatment room and simplifies the task for the therapist because they’re only presented with the part they’re working on in sequence. Checks of the interactions are made in the software, reducing the opportunity for error. It’s taking a lot of the load off the therapist.”

And that’s a good thing, as therapists will be seeing a lot more of these patients: Recent forecasts project the global proton therapy market to reach $2.88 billion by 2025, though treatment cost has limited its uptake thus far. To the most dispassionate accounting measures, it can be difficult to balance the financial equation. But if Advanced Oncotherapy’s linear proton accelerator—with its attendant affordability and unique accessibility and features—delivers on its promise, all that might be set to change. And change can’t come fast enough if it means finally beating cancer and saving more lives.

What types of cancers can be treated with proton therapy?

Proton therapy can be used as a standalone treatment for cancer, or it can be used in combination with other therapy for cancer. Because proton therapy minimizes damage to normal tissues, it is frequently used when treating cancerous tumors near vital organs. It is also used to treat some childhood cancers.

According to the Mayo Clinic, some examples of cancers treated with proton therapy include:

How many facilities offer proton beam therapy in the United States?

There are 36 facilities in the United States offering PBT, with three more under construction as of fall 2021.

This article has been updated. It originally published in September 2017.