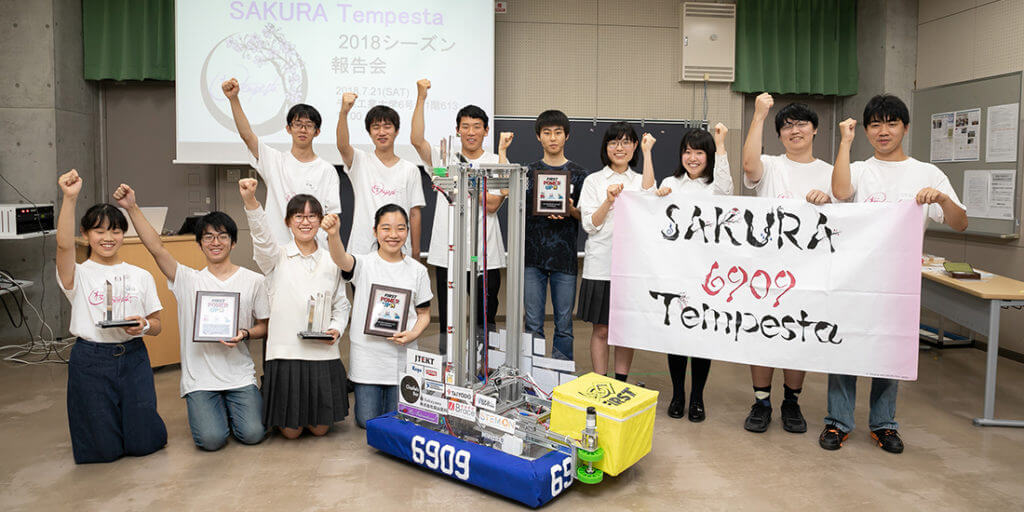 At the 2017–2018 FIRST Robotics Competition (FRC), an international contest for high school students, SAKURA Tempesta transcended thousands of other teams to win the Rookie All Star and Highest Rookie Seed awards at the regional competition in Honolulu. The team from Chiba Prefecture, Japan, also became the first Japanese team to advance from regionals to the championship bout in Detroit.

The contest is put on by the nonprofit For Inspiration and Recognition of Science and Technology (FIRST), established by Segway inventor Dean Kamen. Aiming to encourage high schoolers grades 9–12 to pursue STEM subjects, the program imposes a six-week time frame and limited resources, challenging the students and their mentors to design, build, and program industrial-size robots—and then battle it out. Based on 8-bit video games, 2018’s theme was FIRST Power Up, in which robots place “power cubes” on large balancing scales to tip the scale and gain ownership, or climb the tower attached to the center balancing scale.

On July 21, 2018, a briefing session for the 2018 season took place at the Tsudanuma Campus of the Chiba Institute of Technology, SAKURA Tempesta’s hub of activities. Among the many mentors, parents, and sponsors attending was team leader Kanon Nakajima, a 12th grader and FRC veteran who first participated during her study-abroad stay in Minneapolis, where the competition was a club activity. 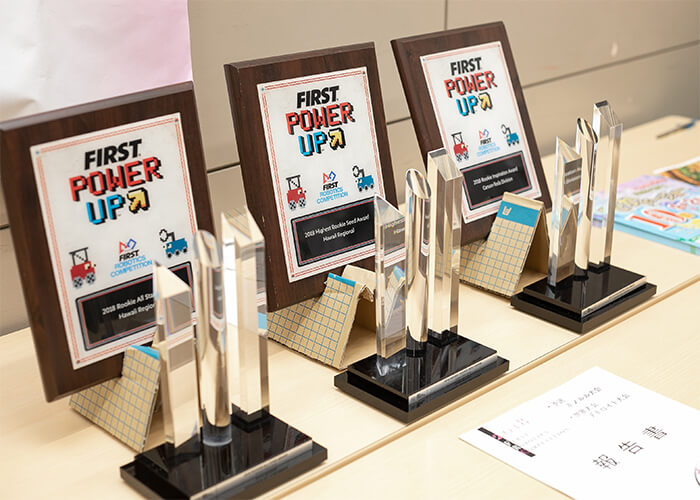 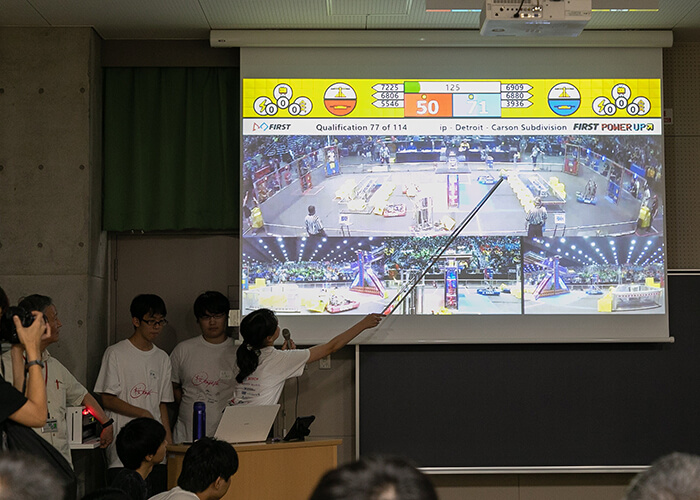 “It wasn’t like I was interested in robots and machine work from the outset,” Nakajima says. “I liked movies and was interested in film editing. But when I heard I would be able to use an expensive video-editing software if I participated in the FRC team, it sparked my interest, and I started volunteering and helping with activities.”

Nakajima—who received the FIRST Dean’s List Finalist Award in the 2018 competition—started thinking about entering FRC as part of a Japanese team after she returned to Japan. To create a team, she solicited student interested in FRC through Facebook and Twitter and then sought the support of CoderDojo, a programming class aimed at young students, to participate as a mentor.

During this process, Nakajima also contacted Yuki Onishi, a student in the Department of Systems and Control Engineering at the Tokyo Institute of Technology. Onishi had participated in FRC’s 2014–2015 season as part of the first Japanese team, the Tokyo Technical Samurai.

“I’ve always been the type that enjoys competitions and events,” says Onishi. “Because the membership increased, in the end we split our team into two: the Tokyo Technical Samurai and my friend’s Indigo Ninjas. The FRC program was expensive to participate in; the struggle began with fundraising.”

As part of the competition, teams have to raise the funds to cover all costs: the participation fee; travel and accommodation expenses; and money to cover designing, modeling, and a workspace. SAKURA Tempesta struggled with fundraising and approached over 500 companies, giving presentations. This was difficult for an untested team promoting a little-known activity in Japan, but they met their goal through a combination of sponsorships and crowdfunding. The Chiba Institute of Technology also granted use of its research lab.

Noi Tatsuzaki designed and modeled SAKURA Tempesta’s robot—a 117-pound, 54-inch forklift-like model in cooperation with team members in charge of hardware. Tatsuzaki received an electric drill from her father at age 1, grew up with focused education in machine work, and started building robots in the third grade.

“When I first joined SAKURA Tempesta, only one other member, Nakajima, had experience making robots,” Tatsuzaki says. “Designing robots demands a certain amount of experience and the grasping of vital aspects. So I bravely took on the role of leading the hardware design. Since I only recently started learning English, it was tough. I was able to read the English specifications and instructions, as well as the half-inch-thick rule book, but I didn’t know what to make at first.”

Once she understood the basics, things moved quickly. “When I was in elementary school, the designs for the robots I made were handwritten using graph paper,” Tatsuzaki says. “But ever since I started using 3D printers, I used 123D Design after it was recommended by a senior member of my club. Because there were a lot of parts in the design this time, a full-fledged 3D design became necessary—I used Fusion 360 for the designing. I worked up to the assembly in about one week while trying to learn how to use it.” 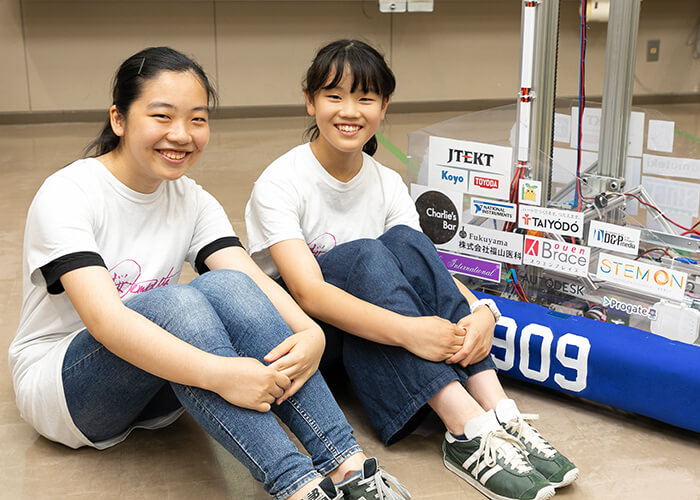 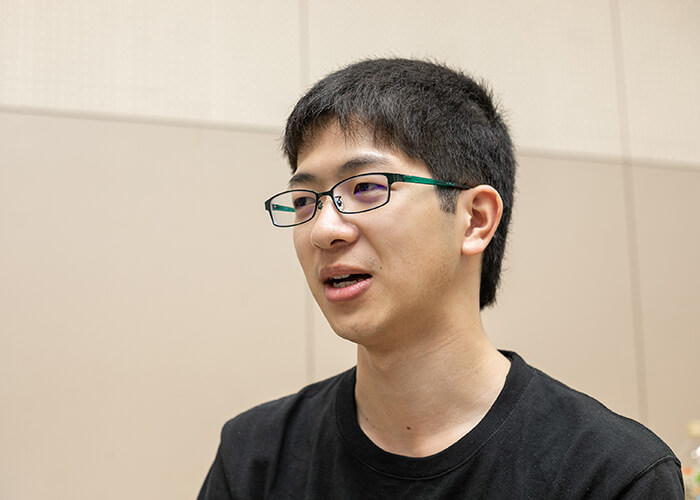 Yuki Onishi, a student in the Department of Systems and Control Engineering, School of Engineering, Tokyo Institute of Technology.

“I sort of learned how to use the software, too, while I was just having fun with it,” Tatsuzaki says. “I casually measured things and drew a square pole because we were using an aluminum frame—things like that. In club activities, we competed to draw washers in under a minute.”

“The fact that we received all these awards in our first challenge is due to the efforts of the entire team, the guidance of mentors, and the cooperation of companies and supporters,” Nakajima says.

Although mechanical engineering is still a male-dominated field in Japan, half the SAKURA Tempesta members are female, and it’s part of the team’s mission to get girls excited about STEM subjects. “We’re all students, so I’ve never specifically felt any gender differences within the team,” Nakajima says.

The theme for the competition’s 30th season next year is Destination: Deep Space. “Plans for next year haven’t been decided yet, but since half of the current team is in 12th grade and will be retiring due to exams and such, I would like to continue with next season’s activities while soliciting new members,” Nakajima says.