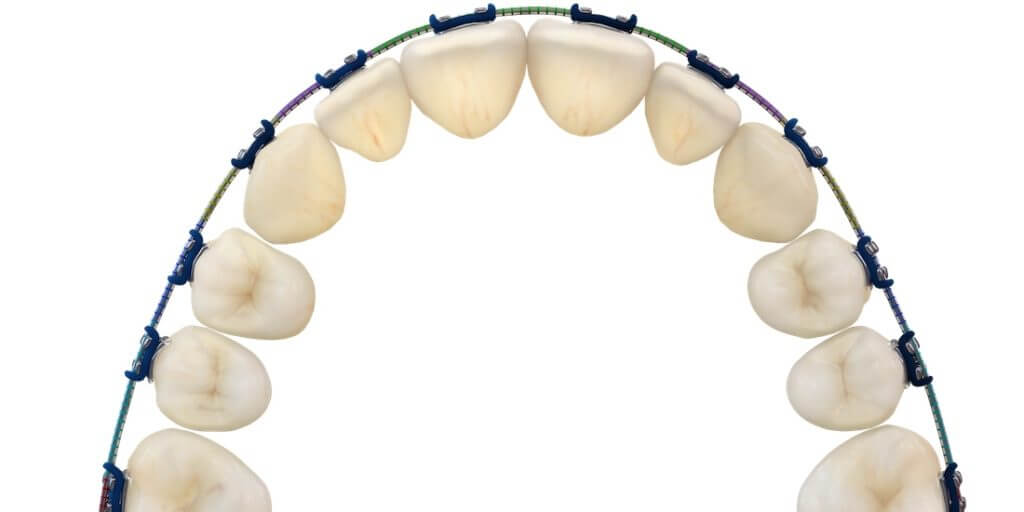 Today’s dental braces date back to the early 1900s, a dark time in dentistry marked by lack of anesthesia and machines resembling medieval torture devices. Practitioner Eugene S. Talbot even proposed that malocclusion, or “crooked teeth,” was genetically linked to “neurotics, idiots, degenerates, or lunatics.”

Thankfully, orthodontics have improved dramatically (and shed the moralizing), evolving from headgear to ceramic brackets and colorful bands to permanent retainers—even becoming a desirable rite of passage for some. Enter Canadian technology startup Smarter Alloys. A resident at the Autodesk Technology Centre in Toronto, Smarter Alloys has made a significant leap forward in the world of dental alignment with SmartArch, an orthodontic archwire made of a metal alloy called Multiple Memory Material.

The wire is “smart” in that it learns and can be programmed to match the needs and strength of individual teeth in patients, thereby cutting treatment time by as much as 50%.

“For the shape-memory effect, we take the material and cool it down below a certain temperature,” says Dr. Michael Kuntz, Smarter Alloys’ vice president of marketing and product development. “Then, we can bend it and put it in any shape we want. As soon as we heat that material back up above that temperature, it goes back to the same shape it was before. It has this ability to remember its shape. That’s kind of a magical property of this material.”

The SMAs are also more elastic—metals can stretch—than other similar materials, Kuntz says. But when they aren’t stretched, they return to their original shape, no worse for the wear.

“At their original shape, shape-memory alloys have a property called superelasticity,” Kuntz says. “We can strain the material by large amounts, larger than any other type of material that is metallic. We’re changing the length by up to 10% of the total length, but it’s able to absorb huge amounts of reversible strain.”

To make the company’s proprietary archwire, Smarter Alloys’ engineers and designers laser-program Multiple Memory Material to retain different strengths along the length of the wire.

“Initially, orthodontists put a small-diameter wire in that’s targeting the smallest teeth,” Kuntz says. “If you were to put a very large wire in, the force on the teeth would be very high, and it would be painful for the patient and cause lots of problems with the tooth itself. It could cause the root to die and require a root canal.”

With Multiple Memory Material, the wire can be stronger in the back, where molars are further apart and larger. In the front, where smaller teeth are tightly packed, the wire will be less intense, which cuts down on force as well as painful side effects. This departs from classic treatment options in which wires pull at the same strength, no matter the location of the tooth. The traditional method requires more painful adjustments for the patient and a wider variety of wires to achieve the intended outcome.

“Instead of going through a progression from very small wire to very large wire to move different teeth, we can program the stiffness of that wire—program a wire with a laser that has the right stiffness for each tooth,” Kuntz says. “That allows us to put one wire in and start moving all the teeth at the same time with the right forces, which has a dramatic effect on treatment time.”

A typical orthodontic plan might require four stainless-steel wires that are changed over the course of a year and a half; Kuntz says the SmartArch cuts that process to two wires and potentially less than half the time.

Smarter Alloys is exploring more opportunities to use SMAs in other medical disciplines. Cardiac catheters represent a prime example for such development, Kuntz says.

“What makes it useful is that we can compress the stent—which is like tubular scaffolding—into a small diameter and deliver it in a catheter, then have that stent be placed where we want it,” he says. “Using the body temperature of the patient, it warms up and remembers its shape and expands. Plus, it’s able to absorb a large amount of strain and be flexible as the artery moves or flexes with each heartbeat.”

SMAs could also support or even strengthen joints and bones. “The superelastic properties are similar to human materials,” Kuntz says. “Things like tendons, bones, and skin have very similar properties in the stress-strain response. The material itself is biocompatible. It’s able to be implanted in the body and also mimics the properties of the human body and its mechanical structure.”

Smarter Alloys is also investigating opportunities in the automotive and aerospace industries. The company is currently in residence at the Autodesk Technology Centre in Toronto, where it’s working on its first consumer product—a haptic device for virtual and augmented reality—and other projects such as replacing switches, latches, and even engines in any number of devices and products.

“We can use the shape-memory alloy as a sensor, as well,” Kuntz says. “With most applications, when you have a motor, you need a sensor to tell you where the motor is. We can embed that sensor into the material itself so that the motor, the actuator, and the sensor are all in one device—one simple wire. That’s pretty powerful.”