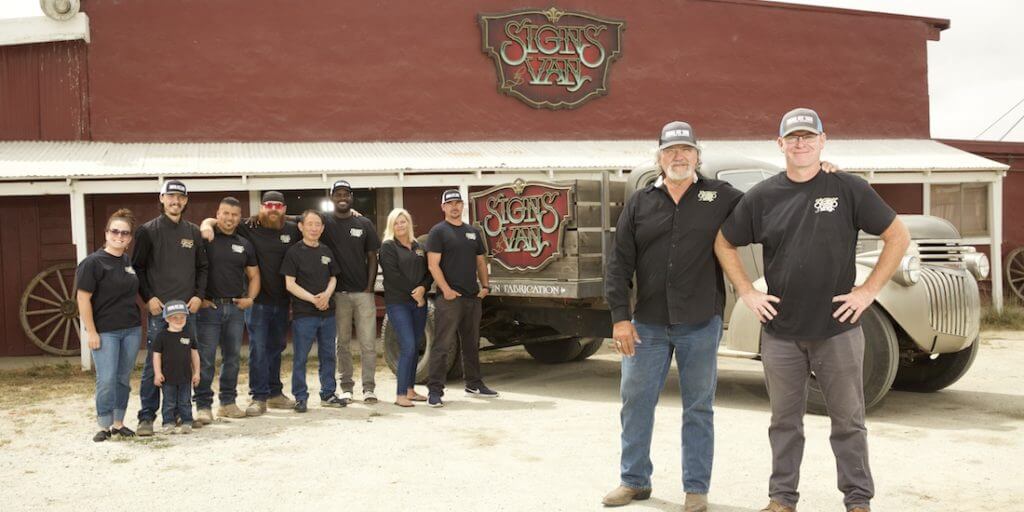 Phil VanderKraats is an artist, first and foremost. His milieu is crafting intricate, custom signs for businesses. For many years after starting Signs by Van in Prunedale, CA, Phil experienced success and supported his family with his passion-meets-means occupation. But when 2008’s Great Recession hit, his small manufacturing business—which served businesses and municipalities since 1981—took a hard hit.

“My dad was adamant about building the most gorgeous signs possible, whether the business could afford it or not,” says Jeremy VanderKraats, Phil’s son and co-owner of Signs by Van. “So he usually was making these signs for 3% to 5% profit margins. He literally almost lost the company. He was in such bad shape financially I would have given him about three months before he had to close doors, like so many other sign companies had.”

But Jeremy, a businessman and former fireman, grew up around the family business, and he decided to return to it. He bought half the company and took over the operational side. Together, the VanderKraatses turned around Phil’s dream. 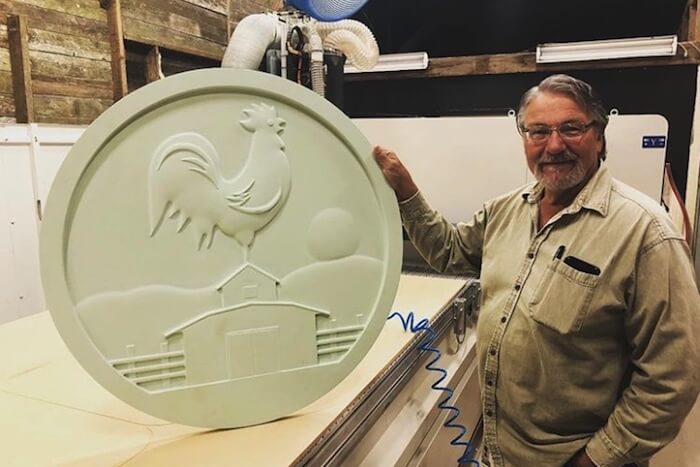 Signs By Van founder Phil VanderKraats with a sign in progress, standing next to the CNC router that cost nearly all the money the company had in the bank. Courtesy of Signs By Van. 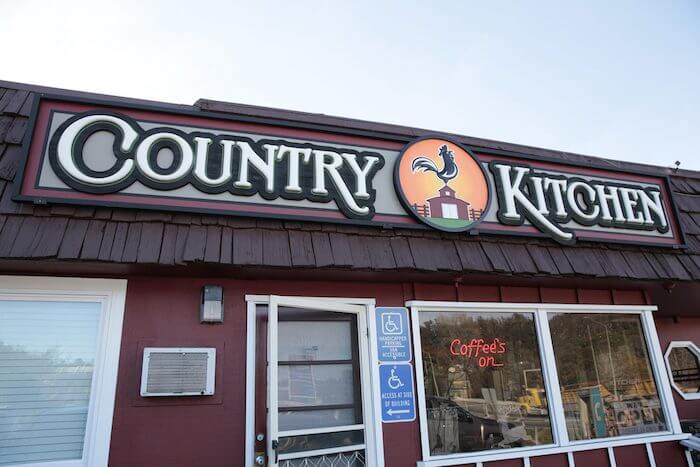 The finished result from the previous photo for Country Kitchen restaurant. Courtesy of Signs By Van. 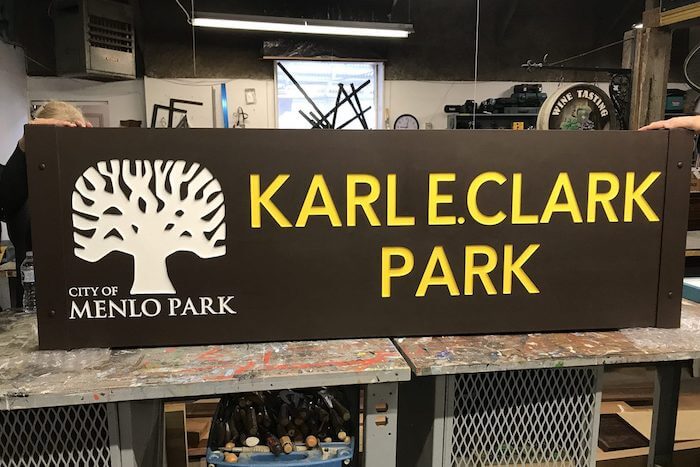 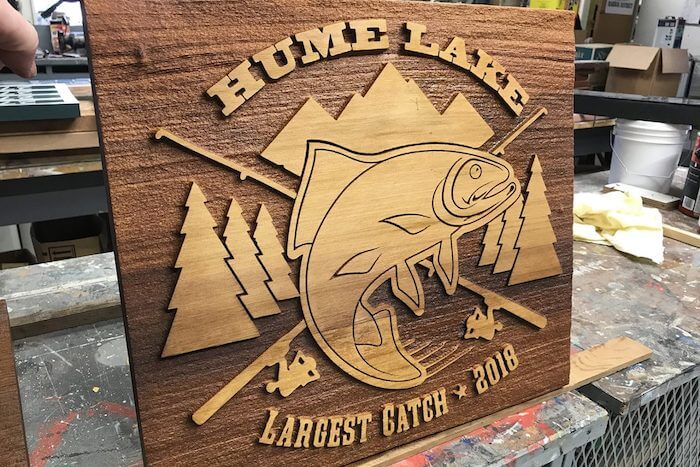 Sign for the Hume Lake reservoir in central California. Courtesy of Signs By Van. 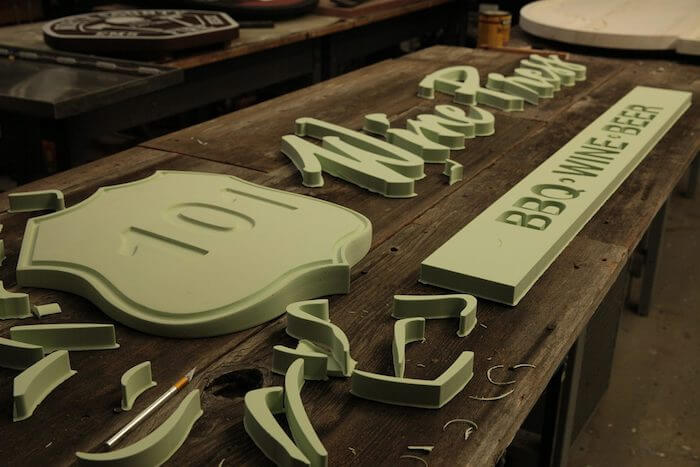 “It’s very unassuming,” Jeremy says. “But as soon as you walk through the front doors, it’s just crazy, beautiful, gorgeous three-dimensional works of art all over the walls. There’s machines running; we’ve got a 5-axis CNC machine that looks like a spaceship.”

Here, Jeremy shares five tips he and his father learned during their business’s transition and rebirth—tips other small manufacturers can implement for their own growth.

1. Invest in Tools That Help You Grow

When Signs by Van was finally on the upswing and gaining new business, it had one small problem: “We were actually paying to use somebody else’s CNC router,” Jeremy says. The router is a computer-controlled machine that can make precision cuts of scanned images—or, as Jeremy says: “A 3D printer adds material; a CNC machine subtracts material. It takes away material to create.

“The big, big change for us is when I looked at my father and said, ‘You know, we’ve got to buy our own machine so we can produce and cut costs,’” he continues. With that, they took on the responsibility of doing all of their own CNC programming and routing, which required a large bet with a lot of their money.

2. Find the Software That Will Make You More Successful

When the CNC machine arrived, the Signs by Van team realized it didn’t have software robust enough to make it run. “That’s where our relationship with Autodesk Fusion 360 started,” Jeremy says. “We needed to be able to program this machine.”

With the 5-axis CNC machine and the software to run it, Signs by Van began turning out larger signs faster than it ever could before. “I can make fully three-dimensional sculptures in a matter of hours, as opposed to what it used to take—which would be weeks,” Jeremy says.

Today, business for the father-son team is booming.

“We are now doing business with some of the largest companies in the world,” Jeremy says. “All of these companies within the last eight months have come to Signs by Van and said, ‘You guys are doing things that other people just aren’t doing, and you can design them, build them, and install them.’”

3. Use Smart Tech to Help You Plan and Cut Costs

Thanks to newfound technical capabilities, the Signs by Van team members use Fusion 360 to create 3D renderings and now have a better grasp on how long projects take, how quickly they can produce a project, and how much time they can save in their weekly schedule. 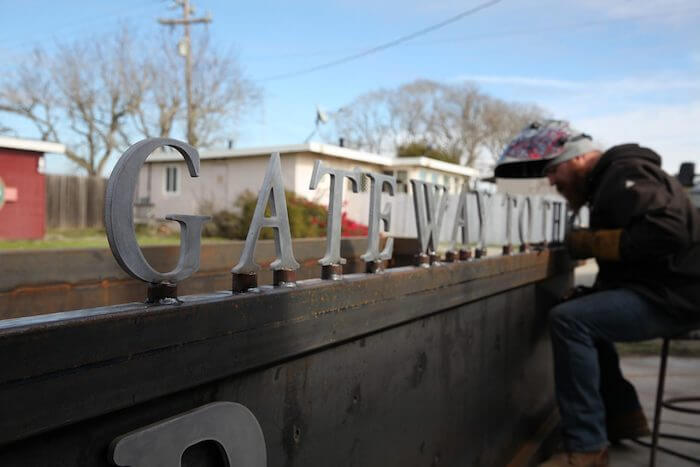 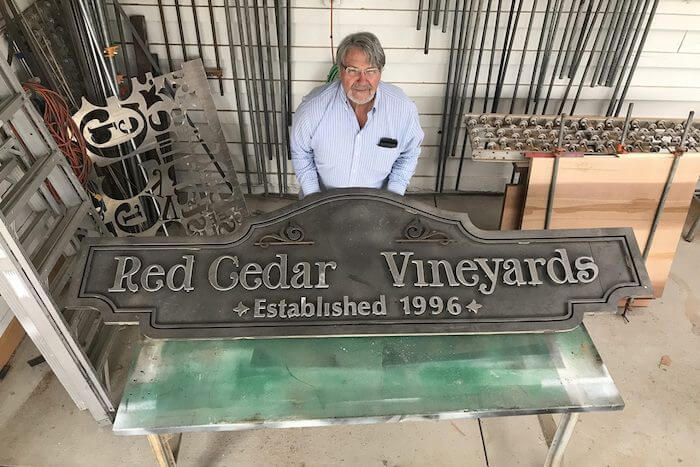 Phil VanderKraats with a sign for a winery in the Paso Robles viticultural area. Courtesy of Signs By Van. 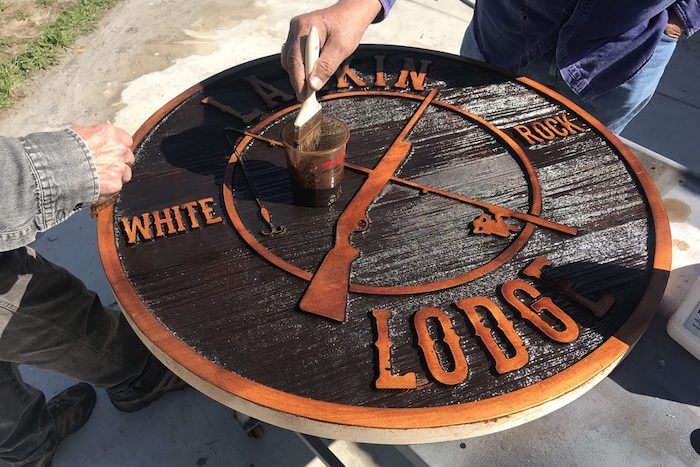 Resort sign in progress. Courtesy of Signs By Van. 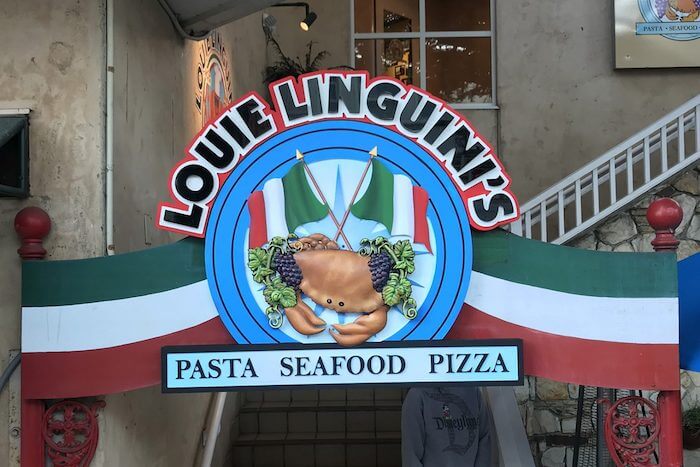 Phil VanderKraats stands by his signs’ ability to increase foot traffic to a business. Courtesy of Signs By Van. 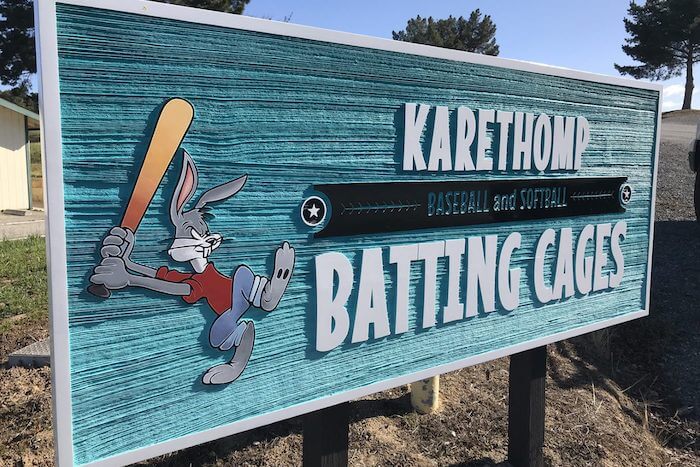 Would you call this sign a home run? Courtesy of Signs By Van.

“Before, we’d route two projects a day, then something would mess up,” Jeremy says. “We weren’t very organized. Being able to calculate and predetermine our route times, that gave us the ability to maximize the efficiency of projects. So we’ve got six projects that need to get routed in the next two days, but we know it’s going to take exactly 12 hours to cut out those six projects. Then we can have all the material pretty much laid out before we start routing.”

This organized approach has also helped cut down on labor costs.

“With the right tooling and the right programming, the overall sanding process and finish work that my employees have to do has been cut down 20% to 30% just because of how seamlessly the art that we input works with the router,” Jeremy says. “That makes a big difference with how smoothly these things come out.”

Jeremy thinks the $17 billion sign and billboard manufacturing industry doesn’t yet realize how much time and cost Signs by Van’s current workflow can save. He says: “85% to 90% of the sign-making world uses Adobe Illustrator, and being able to import those files into Fusion 360 and then export them to our SCM router is so amazing. A lot of people go from Illustrator to these outdated CNC programs that don’t have anywhere near the capability of Fusion 360. This could be the new sliced bread to the art world.”

Phil had been producing signs for more than three decades when Jeremy came on board. Jeremy knew his father’s work was his greatest advertisement, so he took to social media. That, Jeremy realized, was the first step.

“The main deal with that was trying to get people to know where all these incredible signs came from,” Jeremy says. “My dad was in the Yellow Pages for I don’t know how many years,” Jeremy says. “Then I adopted Instagram and Facebook and started using Google and Google AdWords. It was at that point that the game changed: We were able to triple the company in just about four years.”

Sign making, by its nature, is a highly visual art. Many social platforms perfectly align with the story Signs by Van is trying to tell: how it beautifully crafts its signs.

Signs by Van worked with local videographers to produce videos of the work it does and the company’s story. It even shares videos of projects in progress—a captivating way to show the intricate nature of the work and its beautiful results.

“It’s a family-owned business, and we work our ‘you-know-whats’ off,” Jeremy says. “It’s not been easy through this whole thing, but we’re going into the next level with the CNC machine and our partners. We just want to make the coolest stuff on the planet. If you can make a buck while doing it, then so be it.”