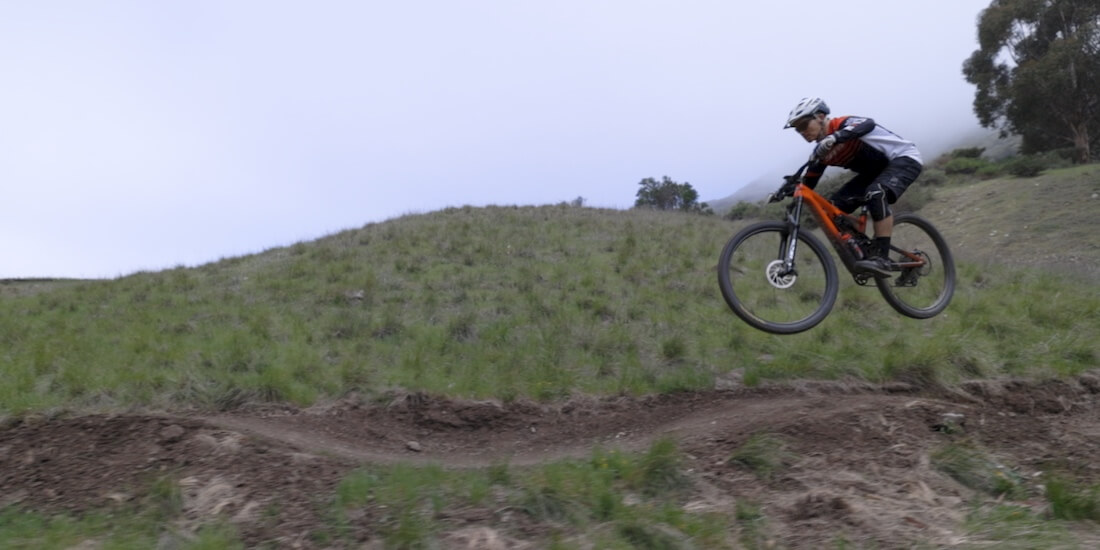 What’s the most important part of a bicycle? That’s kind of a trick question. Unlike automated forms of transport, nothing on a bike is extraneous, and the device as a whole won’t work if you take away any parts.

But spare a thought for the crank arm, the length of material that connects a bike’s pedal to the crankset and converts energy from your pedaling to torque that rotates the chain. You push down on the pedals, but all your kinetic energy goes into turning the crank arms.

That makes bicycles perfect candidates for design innovation. Bicycle-parts manufacturer SRAM has designed the SRAM crank arm by tapping into the creative potential of generative design.

While it might sound counterintuitive coming from a company that makes bicycle parts, Chicago-headquartered SRAM calls itself first and foremost an innovation company. “As we look to inspire the consumer with our components, we want to add innovation and make the riding experience better,” says SRAM Senior Design Engineer Will King.

That led SRAM to collaborate with Autodesk. While SRAM brought to the table an important yet often overlooked bicycle part that offered lots of opportunity for innovation, Autodesk brought cloud computing and the concept of computer-as-collaborator. Scott Reese, Autodesk executive vice president of product development and manufacturing solutions, told Forbes magazine this kind of collaboration will come about a lot more in the future.

Generative design has many advantages, applicable to the particular industry where you’re trying to innovate, but the speed of production is one common upside. Dhiraj Madura, global director of industrial design at SRAM’s Chicago office, says the company knows it will have to look at new methods and tools as products become more complicated. “We do a lot of iteration when designing parts, but sometimes it’s not very fast,” he says.

King says generative design shaved considerable time off the crank-arm project. “I see a role for generative design in the very front end of structural components,” he says. “If we start looking at the design process very early, we can use it to better understand load cases and how we can accomplish the look consumers want in the final product.”

Generative design is, in fact, new enough that it still has to prove itself in many ways, especially to manufacturers that want to see the results firsthand rather than hear grand promises.

Madura says that initially, he didn’t think generative was right for SRAM. “Generative design was producing a lot of stuff that didn’t look like we could sell, to tell you the truth,” he says. “It was very skeletal looking.”

But generative can be a bit of a Trojan horse. Even though some generatively designed products and parts have a particular look (it’s known for alien-looking, organic, lattice-like geometries), that’s just one of the technology’s public faces—its more recognizable brand, if you will. But people can also guide generative design to create structures with much more traditional appearances, depending on the aesthetic that designers aim to achieve, as well as their intended production materials and manufacturing methods.

The real change will happen as industrial designers are inspired to approach their work in new ways. “If I’m holding an expensive 3D-printed part, it’s not necessarily about whether it will be an end product,” King says. “It’s about what we’ll learn and what we can apply with cost, weight, style, and look constraints to make a product that inspires the consumer to go out and ride a bike.”

For SRAM, the crank-arm project was never intended to produce a new mass-production part. But the crank arm is a pivotal part for moving a bicycle and was the ideal proving ground to see what generative design might do for other parts. True to SRAM’s culture, it was never about crank arms; it was about innovative design.

Thinking more deeply about products opens doors to new opportunities for design, use, cost, and materials. In one example, Madura says using generative design on SRAM’s crank-arm project has introduced his team to new paradigms in materials science.

“Our CEO came from a company that made construction lifts to take materials up to different levels and things like that,” he says. “One of the main things that put them ahead of their competition was advanced manufacturing techniques, so that’s one thing he’s interested in at SRAM. It’s the perfect time to have the discussion about generative design with him.”

Doing so down in the trenches meant a shift for the company, but one not nearly as painful as Madura’s bosses might have expected. They had been using another software package for years, but experimenting was a low-risk proposition. “I asked my boss if it was okay,” Madura says. “He was like, ‘Is it costing us anything?’ It was just mental space and time, so he told me to go for it and see what comes out of it.”

SRAM’s head of advanced development, an engineer himself, was also not sold on generative design’s potential early on. But later, in the thick of the crank-arm project, the skeptic who hadn’t seen a place for the technology held the crank up for all to see, like a proud parent, declaring it the coolest thing he’d ever seen.

“Sometimes, if it’s not directly related to what we do, it’s hard to see the advantage,” Madura says. “Whereas being an industrial designer, I have the ability to kind of see beyond the weird structure and use it in a way that helps us think differently. It’s about reducing the friction between design and engineering. It’s about saying, ‘Okay, let’s throw this wild idea out there. If it works, it works. If it doesn’t, we’ll find out.’”