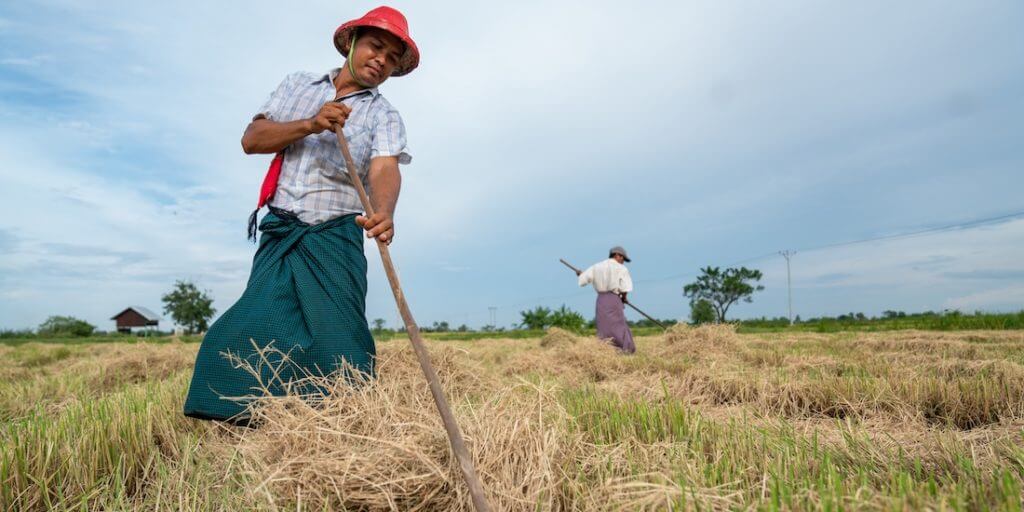 Supporting the world’s farmers in meaningful ways would make a big difference to the income and lives of people in developing economies. It would lead to less dependence on imports and stronger local-food production at a time when food provenance is a growing concern.

But how can this vision be realized? There are many problems to mitigate—for example, the chemicals used in pesticides and fertilizers and their impact on soil and ecosystems, including erosion and biodiversity loss. To support agriculture industries across the world, creating sustainable agriculture practices needs to be a central concern.

Few countries make better test beds for sustainable agriculture growth than Myanmar. An estimated 25 to 30 million people (more than 50% of the population) rely on family-owned farm enterprises on small plots. 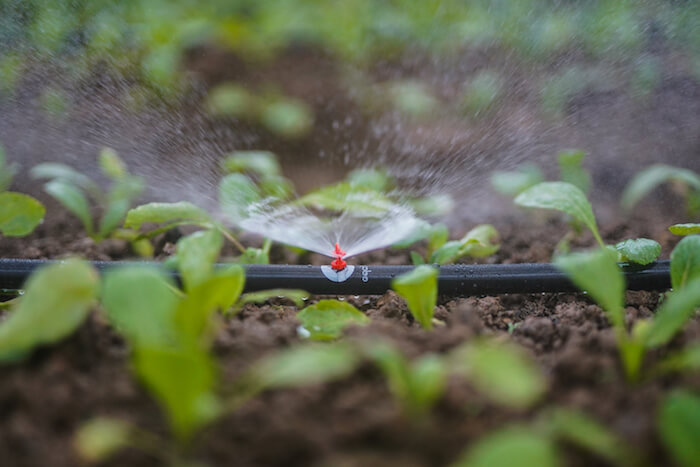 Myanmar has one of the lowest percentages of irrigated farmland in Asia. Courtesy of Proximity Designs. 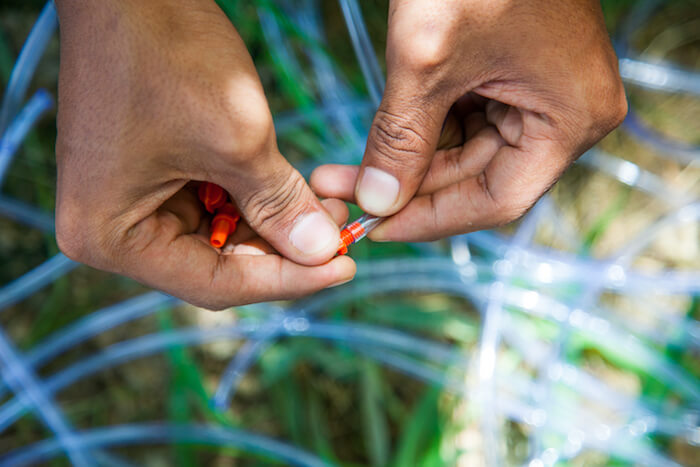 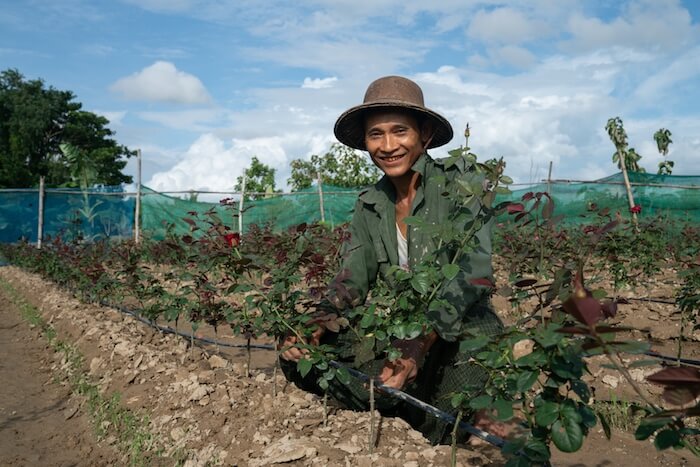 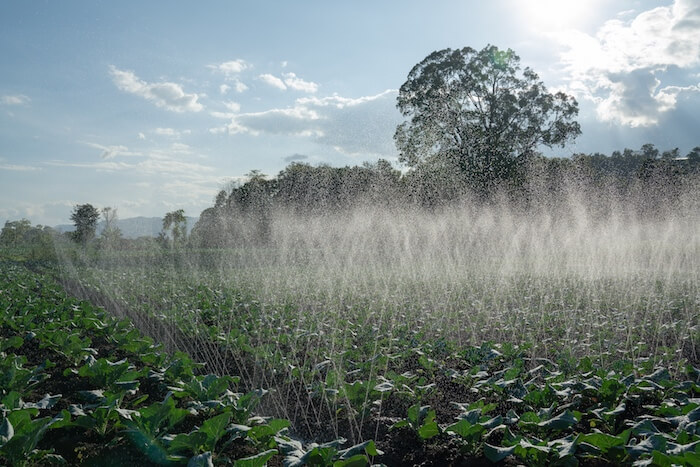 Yetagon is the Burmese word for waterfall. Courtesy of Proximity Designs. 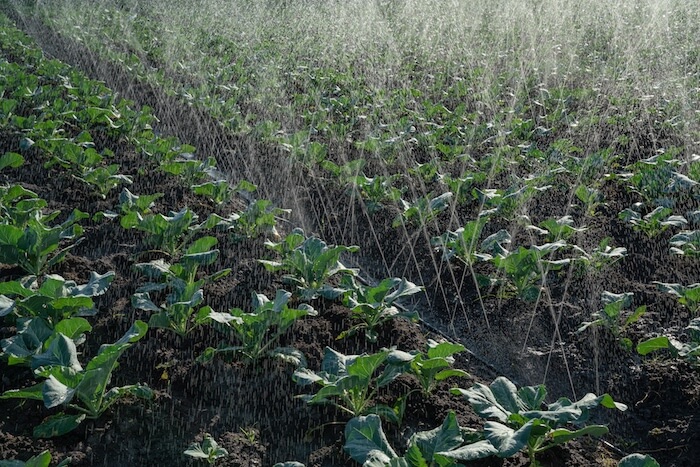 For decades, Myanmar’s isolationist military government neglected the small-farming sector, and agribusiness didn’t view it as a viable market. This left those tens of millions of people without assistance for the most basic irrigation technology or financial and advisory services.

Enter Proximity Designs, an Autodesk Foundation partner founded by Jim Taylor and Debbie Aung Din Taylor. Working on community development and social entrepreneurship in the United States, the couple learned a valuable lesson about how to help people help themselves: Deeply understanding peoples’ needs comes from living and working among them until their problems become yours.

Armed with such values, they moved back to Aung Din Taylor’s homeland of Myanmar and created Proximity Designs in 2004. After starting with 13 staff members and two humble treadle pumps, Proximity now makes affordable tools such as solar-powered pumps and drip irrigation systems, offers agronomy education, and provides low-interest loans to farmers. The company has helped more than 700,000 farm families raise their livelihoods considerably, with most families seeing a net gain of $250 annually.

Few parts of the world have seen as much economic and political upheaval as Myanmar in the 21st century. When the government opened its borders to international markets, Myanmar went from being one of the poorest, most isolated places on Earth to a vibrant new market for inexpensive goods from the region.

While that brought boons such as affordable farm equipment, it also resulted in a lot of young people migrating out of the country, seeking work throughout Asia. Fewer available workers resulted in an even more urgent need for technology and mechanization.

“A lot of people in farming are living on a knife-edge; they’re very vulnerable,” Aung Din Taylor says. “In the previous six months’ monsoon season, there was a monthlong drought, so irrigation dams didn’t fill up. Because farmers then can’t grow rice as usual, they quickly shift to beans, pulses, and other crops. That means they need different services around pests and disease protection, and they don’t have experience with them, so we have to shift, as well.”

Myanmar is also digitizing rapidly. Cell-phone coverage has gone from 5% to 85% in five years, which means data-driven services like Proximity Designs’ are easier to deliver at lower costs. But with evermore technological advances, Aung Din Taylor and her staff shifted focus to improving the company’s environmental sustainability and came up with a simple but effective solution.

Less Plastic for a Big Impact

To make itself more agile, decrease costs, and embed environmental sustainability in its business model, Proximity eliminated plastic shrink-wrap from its micro-irrigation packaging. This saves money that can be cycled back into improving products and services (approximately $4,200 per year)—and will erase the equivalent of 57,000 plastic bags, increase productivity, and use less energy.

“The cycle time to fill a box with 20 rolls of lateral pipe was 12 minutes when we shrink-wrapped,” Aung Din Taylor says. “Eliminating shrink-wrap reduced our cycle time to just five minutes. It translates to about 75 working days per year.”

Inspiration for the move came when Proximity Senior Product Manager Libby McCarthy attended Autodesk University in 2018. One of the speakers challenged the audience to imagine—if they went from their current state of business to a million users overnight—what their blind spots would be.

It was a watershed moment for McCarthy, who realized Proximity’s product packaging hadn’t been designed for scale. “That got us thinking about the amount of waste we could end up producing and how we might have unintended consequences on the environment,” she says.

It seems obvious in hindsight, but making the change took a surprising amount of imagination and introspection. “I think as an international community, we kind of obsess over these big innovations and don’t look at what’s right in front of us a lot of the time,” McCarthy says.

But it didn’t end there. Removing plastic shrink-wrap affected other areas of the business, many of which have improved. “It’s had a really positive impact,” McCarthy says. “We’ve changed how we sell our products—selling them in much smaller batches that align more closely with our customer needs.”

Proximity Designs isn’t 3M, Apple, or Raytheon. For companies that huge, making any change in the manufacturing process or supply pipeline requires planning and costs that could equate with a medium-size country beginning a space program.

The team approached removing shrink-wrap with foresight, contingency planning, and management—not an easy process for companies of any size, but one that could educate corporate behemoths.

“It certainly wasn’t something we could do overnight,” McCarthy says. “We had to do a lot of work on the repackaging side and on changing the pricing model to accommodate for single pieces. But the back-end system was by far the most challenging part; we basically overhauled our SAP system. That’s not really sexy to talk about, but it took a lot of collaboration across the team here and over 100 field staff across the country—dealers, as well.”

For other companies wanting to make their operations more sustainable, McCarthy returns to the question about blind spots and has a simple philosophy: “When things have been business-as-usual for so many years, ask yourself, ‘Why are we doing it this way?’”

Adopting and internalizing such a stance in corporate culture—whether you’re selling affordable farm equipment or tablets—sets an example and leaves clues for others to follow. It’ll save money, time, materials, and possibly even the earth.