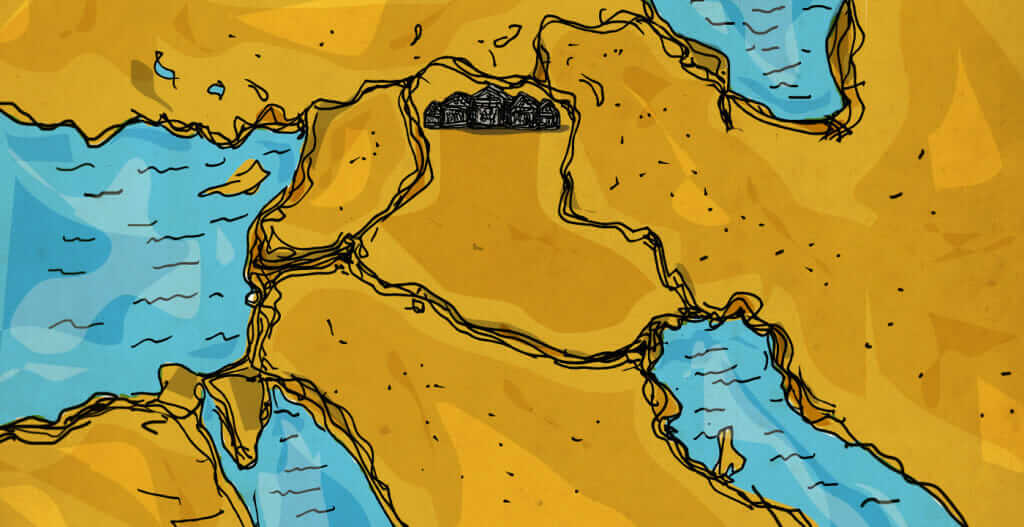 What is home? The question is simple. The answer, however, is anything but—especially for refugees, whose sense of home has been upended by physical violence, political unrest, and economic instability in their countries of origin.

For them, home isn’t a house in the suburbs, a loft downtown, or a cottage on the beach. It’s not a city, a town, or even a nation. Because they’ve been robbed of the roofs over their heads and the soil beneath their feet, “home” for refugees ceases to be a place at all; rather, it’s a state of mind, equal parts memory of the past and hope for the future.

Architect Patricia Andrasik knows she can never replace the sense of home that’s been taken from refugees. But by developing sustainable housing, she believes they can be grounded once again in a time and place where they can build a life. Not home, perhaps, but a home.

“Housing is the primary building block of a person’s life,” says Andrasik, assistant professor and head of sustainability outreach at the Catholic University of America’s School of Architecture and Planning in Washington, DC. “It’s one of the primordial elements of a person’s existence.”

Although it shields its occupants from inclement weather, housing is much more than shelter. It promotes good health and prevents the spread of communicable diseases; facilitates rest, sleep, and stability (which workers need to find and maintain employment); creates privacy (which couples require to build relationships and raise families); offers protection from crime; and engenders pride and dignity (which are the foundations of psychological well-being).

“Everybody needs housing,” Andrasik says. “A tent, which is nothing more than a piece of fabric, is not sufficient.” 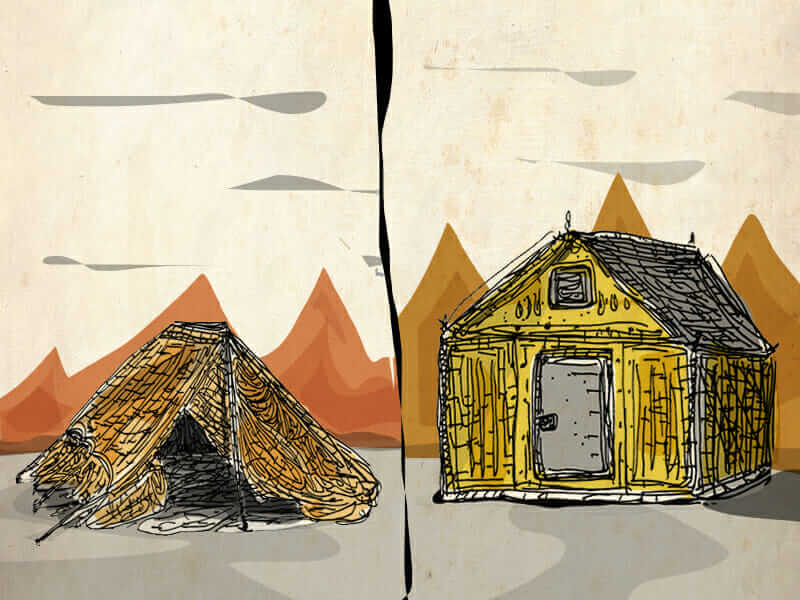 Unfortunately, a tent is all many refugees have—particularly in Kurdistan, a secure region in Northern Iraq that is experiencing an especially large influx of refugees fleeing Syria from its civil war, as well as internally displaced persons from Central Iraq.

“There are over 114,000 displaced persons currently living in Northern Iraq, and many of them have been living for over a year in temporary containers and tents,” Andrasik says. “Although some of these people will eventually flee the area to return to their homes, a significant portion will remain. Approximately 2,000 or more new homes are necessary to house them.”

In fall 2015, after Pope Francis visited Congress, Andrasik hatched a plan to provide some of those homes.

“We have the freedom needed to . . . put technology at the service of another type of progress, one which is healthier, more human, more social,” the pope said in his Congressional address. “In this regard, I am confident that America’s outstanding academic and research institutions can make a vital contribution in the years ahead.”

As faculty at the Catholic University of America, Andrasik took the pope’s message as a call to action. As a product of a refugee family (her parents fled the Soviet Bloc for America in the 1970s), she has always viewed architecture as a tool to help people like her parents attain better lives. “My impetus to help people through architecture stems from my faith,” she says. “So to produce research that can make a vital contribution to merging science with humanitarian progress is a hallmark of that integration.” 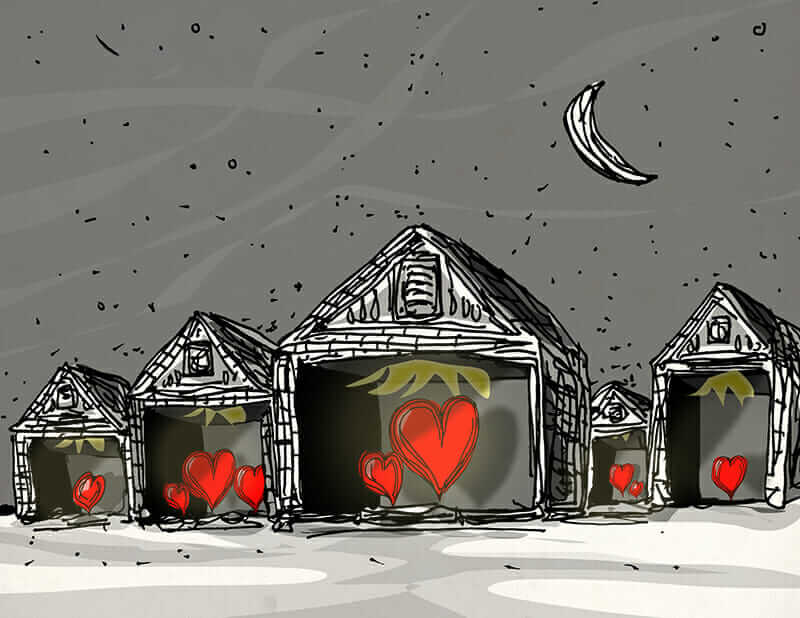 Andrasik subsequently envisioned a three-phase project to develop permanent refugee housing in Kurdistan, which she calls “restorative environmentally sustainable,” or “RESTive,” housing. Courtesy of seed funding from her university and the Archdiocese of Erbil, she will commence phase one this summer when she visits Iraq to evaluate three different sites for their building potential and feasibility: an abandoned hospital that could be retrofitted for housing, a refugee camp where temporary structures would be modified for more permanency, and a virgin site ideal for new construction.

“I’ll be looking to see which option will be the least expensive, the most efficient, and the most conducive to providing work for some of the refugees,” says Andrasik, who will use manual equipment and in-person interviews to conduct a contextual analysis of each site.

Subsequently, she’ll leverage building-performance analysis tools (including Autodesk FormIt 360, Flow Design, and Revit) to turn her contextual analysis into environmental insights. Solar potential and natural radiation capability, along with other considerations such as material cost and availability, will inform her site selection and, ultimately, building design.

That’s phase two, during which Andrasik will design a multifamily housing structure suited to the chosen site. “The primary objective is sustainable housing—‘sustainable’ meaning logically designed—so there will be a very natural, fluid integration with the existing context, environmental and climactic conditions, and cultural ecology of people in the region,” says Andrasik.

Affordability of construction also will be of primary importance. For that reason, one option she’s considering is rapid 3D printing of new structures: Companies in China already have developed giant 3D printers that use clay, cement, and other natural materials as “ink” to print prefabricated structures in a factory setting at a fraction of the cost of traditional construction once the material and equipment cost is factored in. 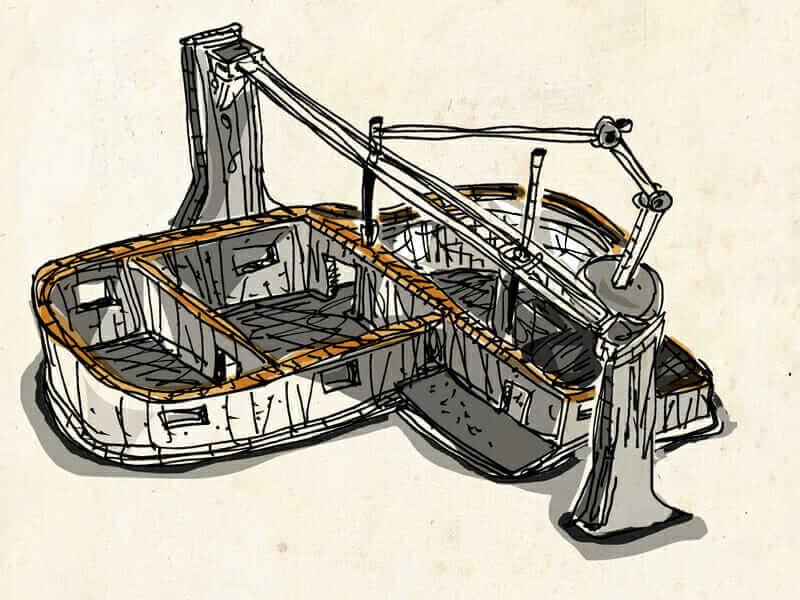 “The labor we need to build may not be available, and if it is, it might not be stable,” Andrasik says. “3D printing is an option because it would afford us to build within a controlled context, simultaneously educating and involving the population about this alternative construction technique.”

With the project’s third and final phase—construction, which is projected to commence by the end of 2017—Andrasik hopes to build more than structures for refugees. More importantly, she wants to create new opportunities. “My final objective is very simple,” she says. “It’s making families comfortable in their built environment so they’re able to live happy, sustainable lives—wherever they are.”